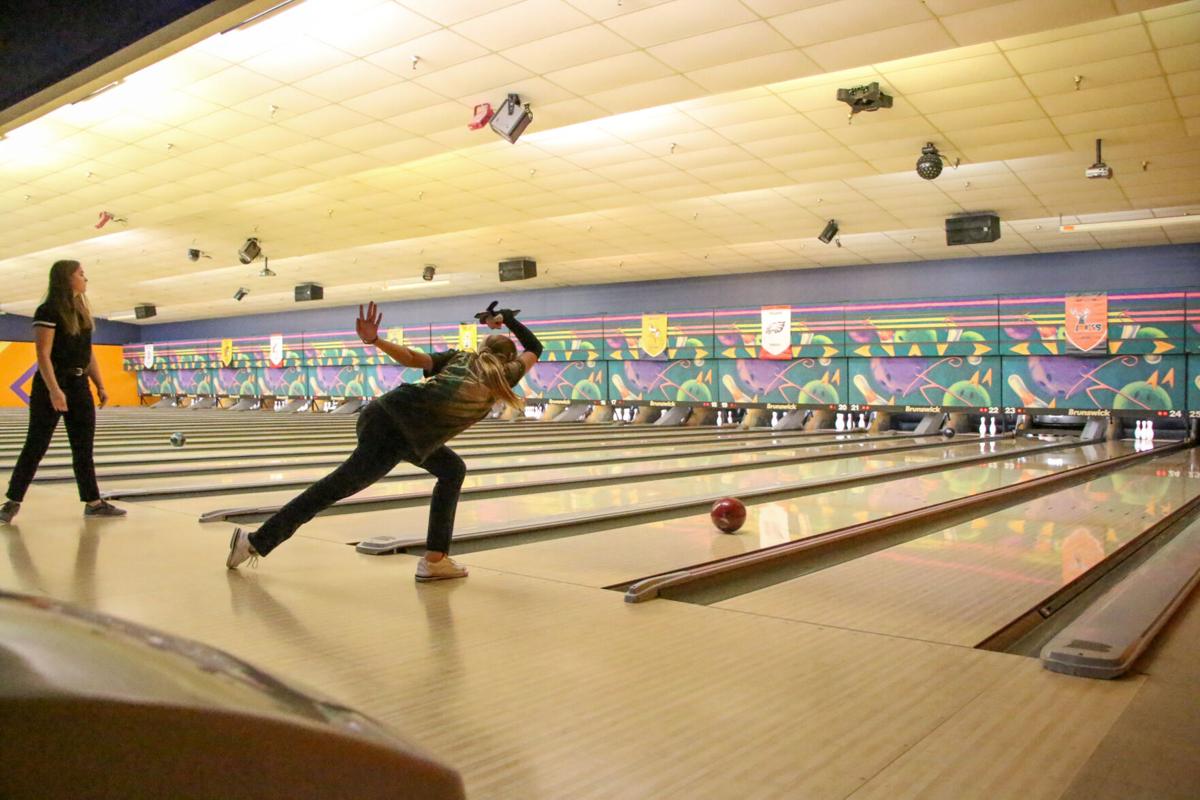 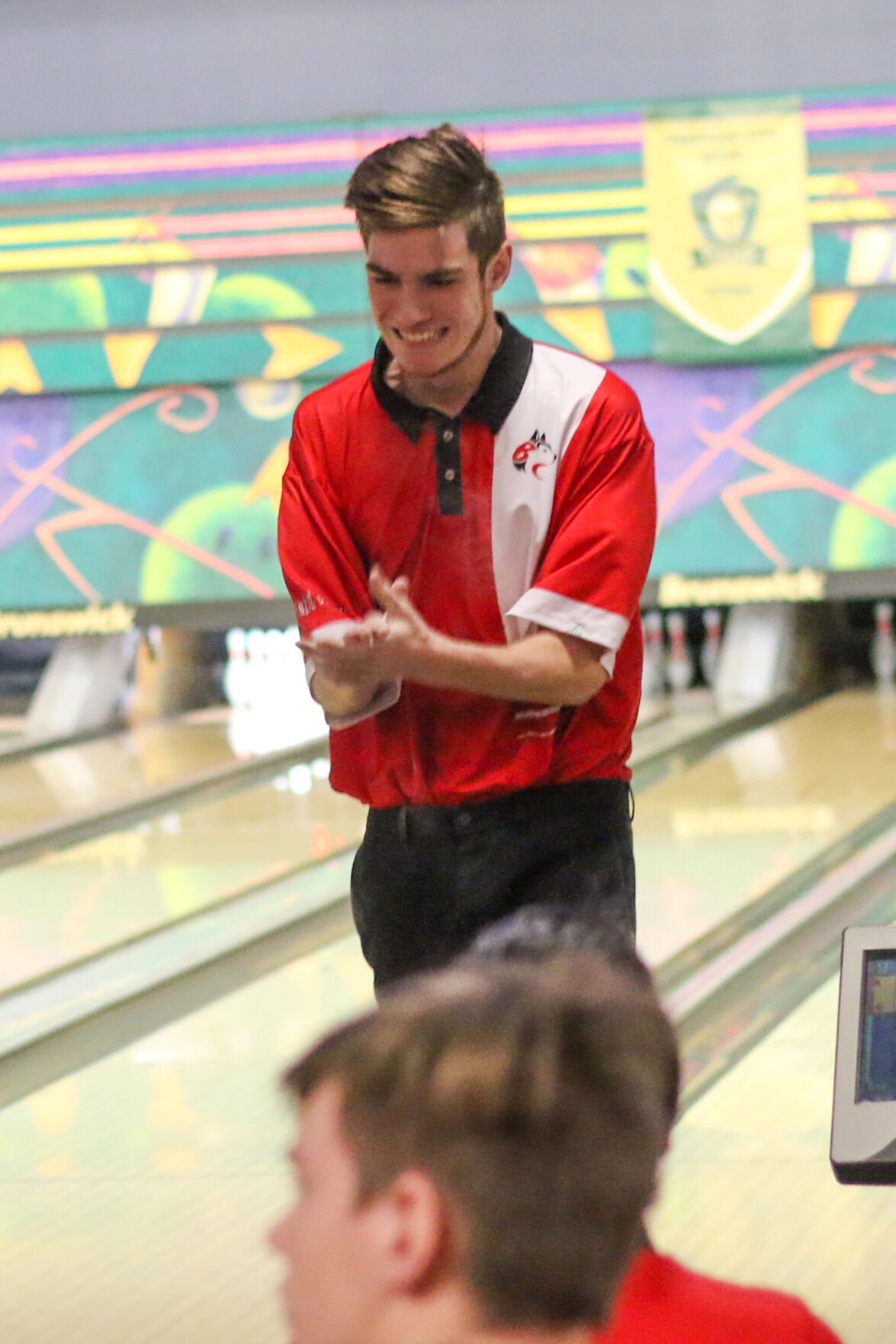 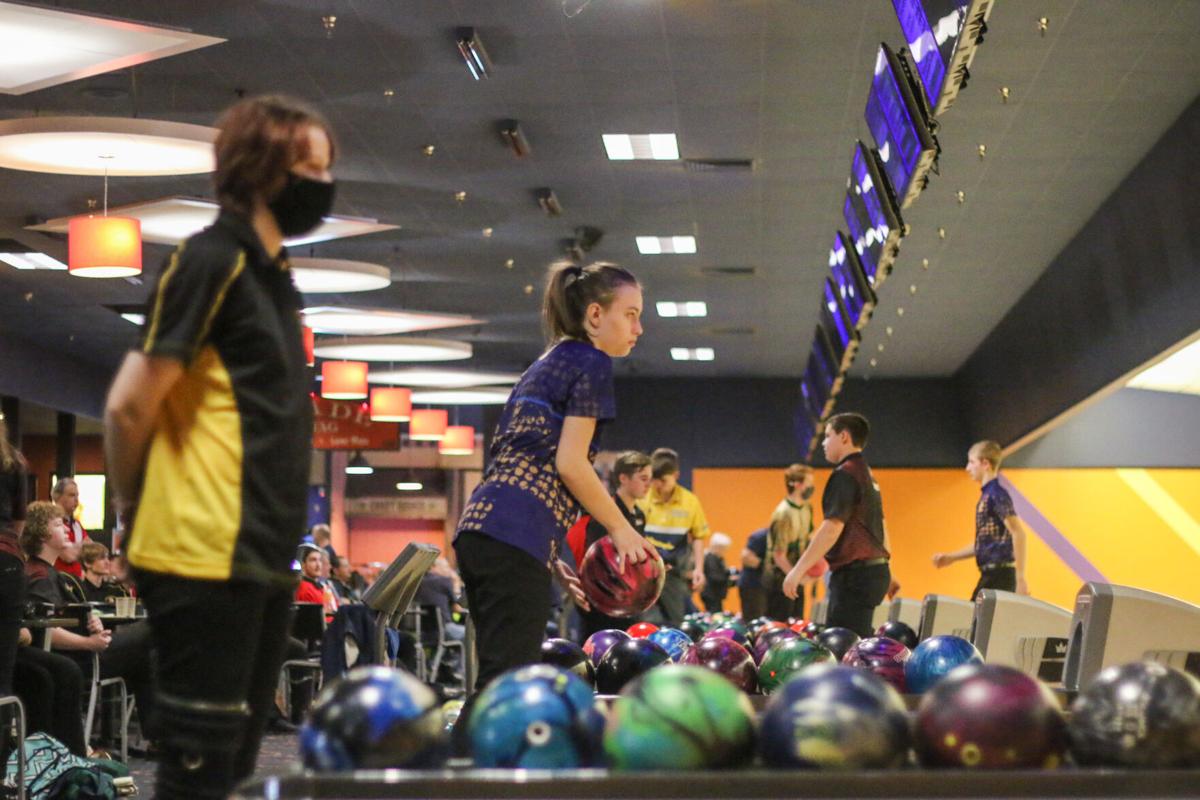 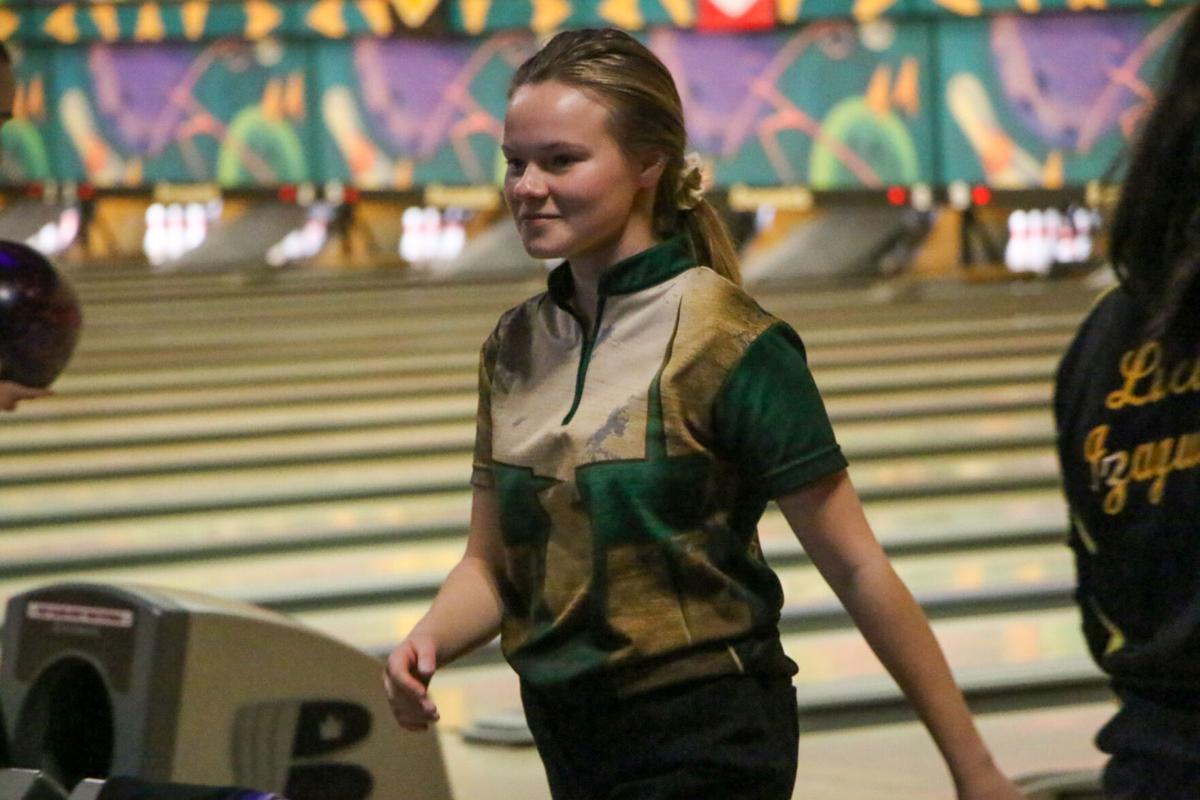 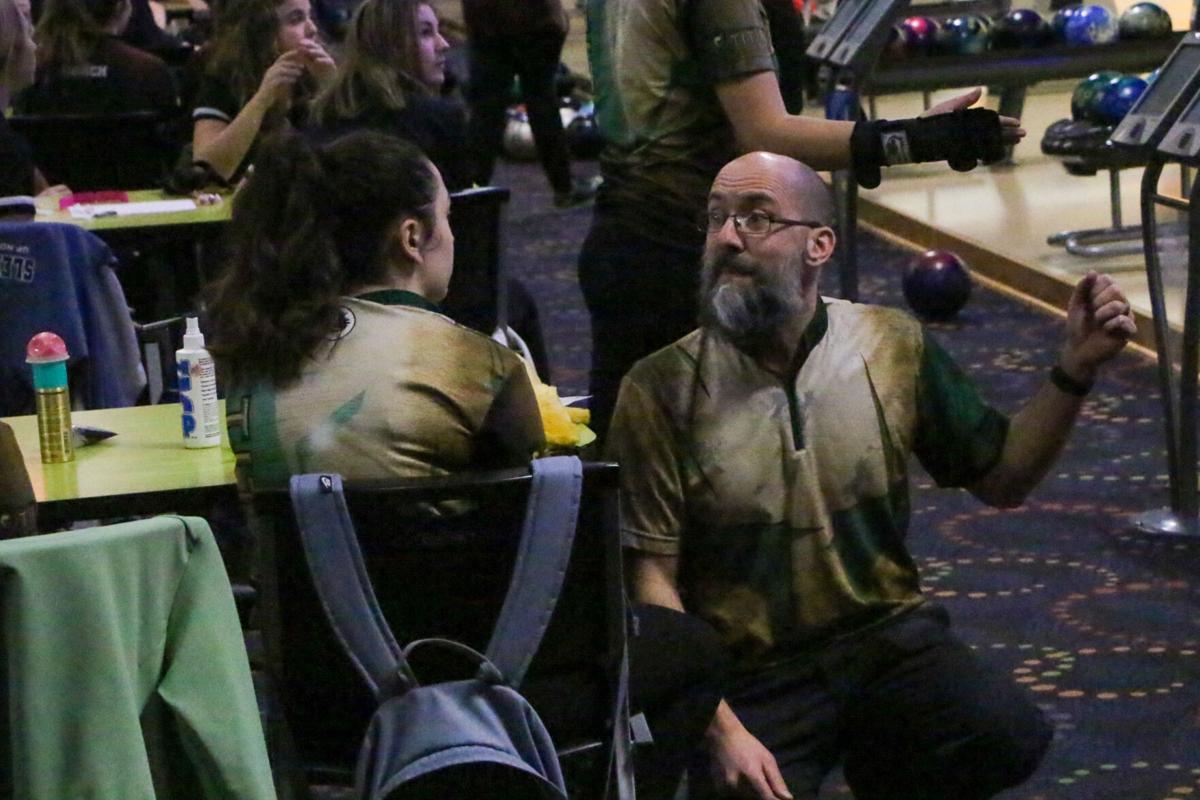 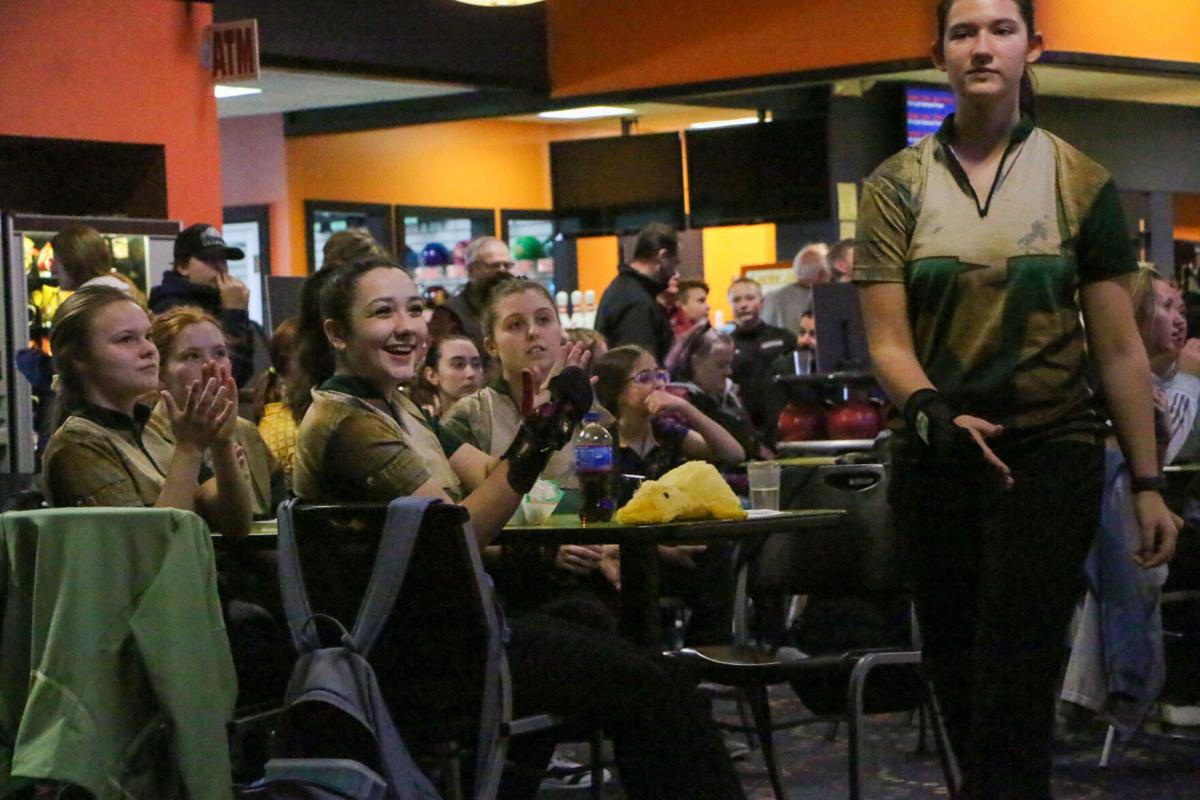 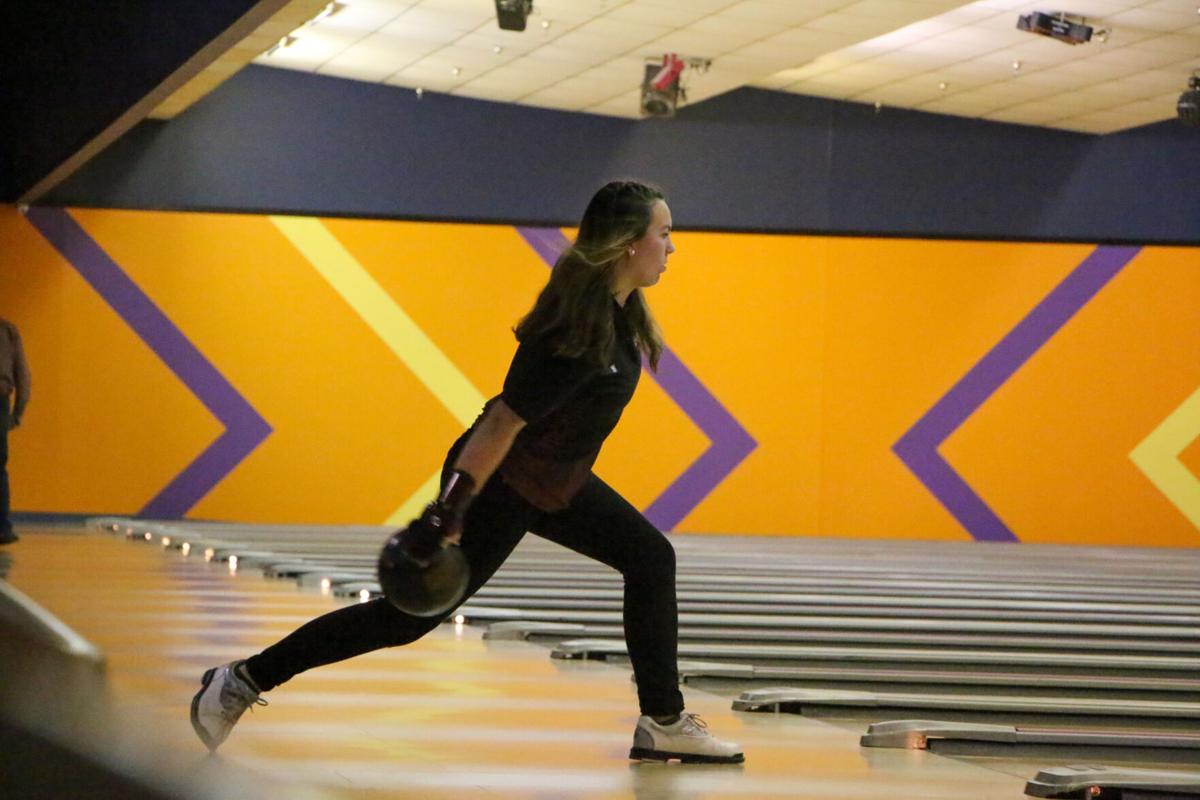 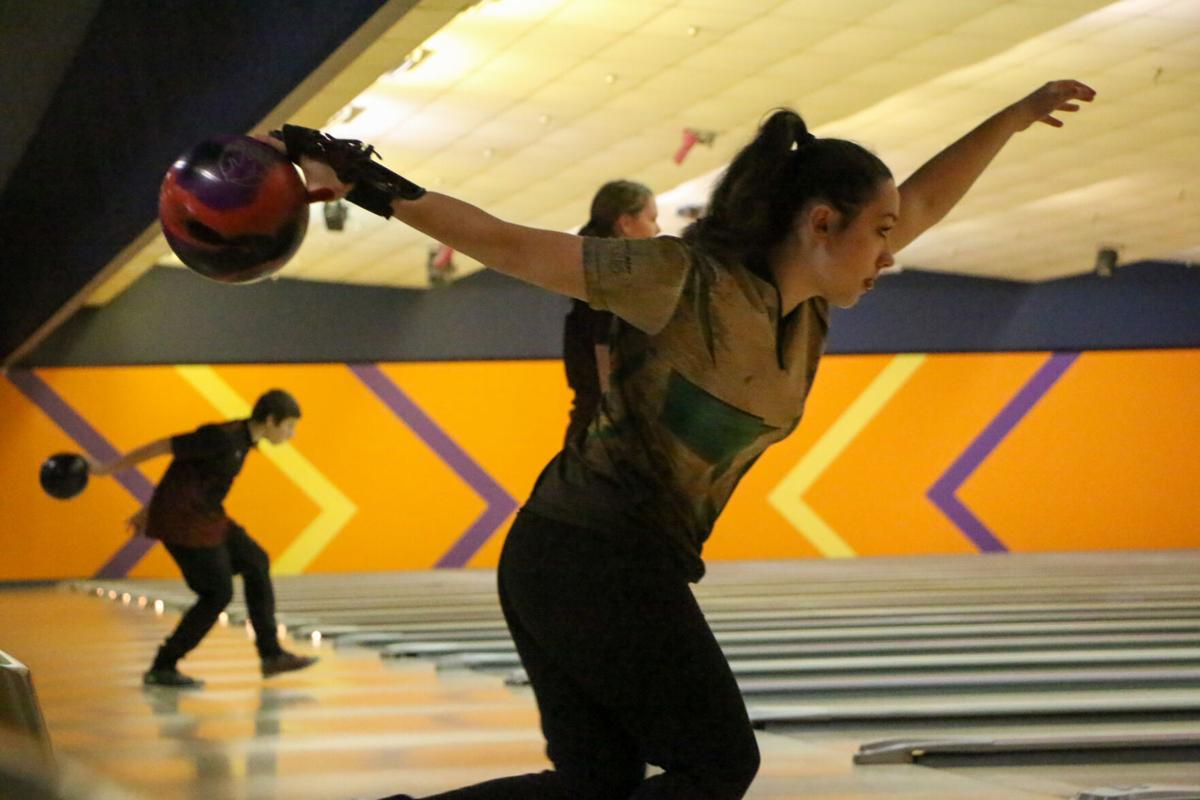 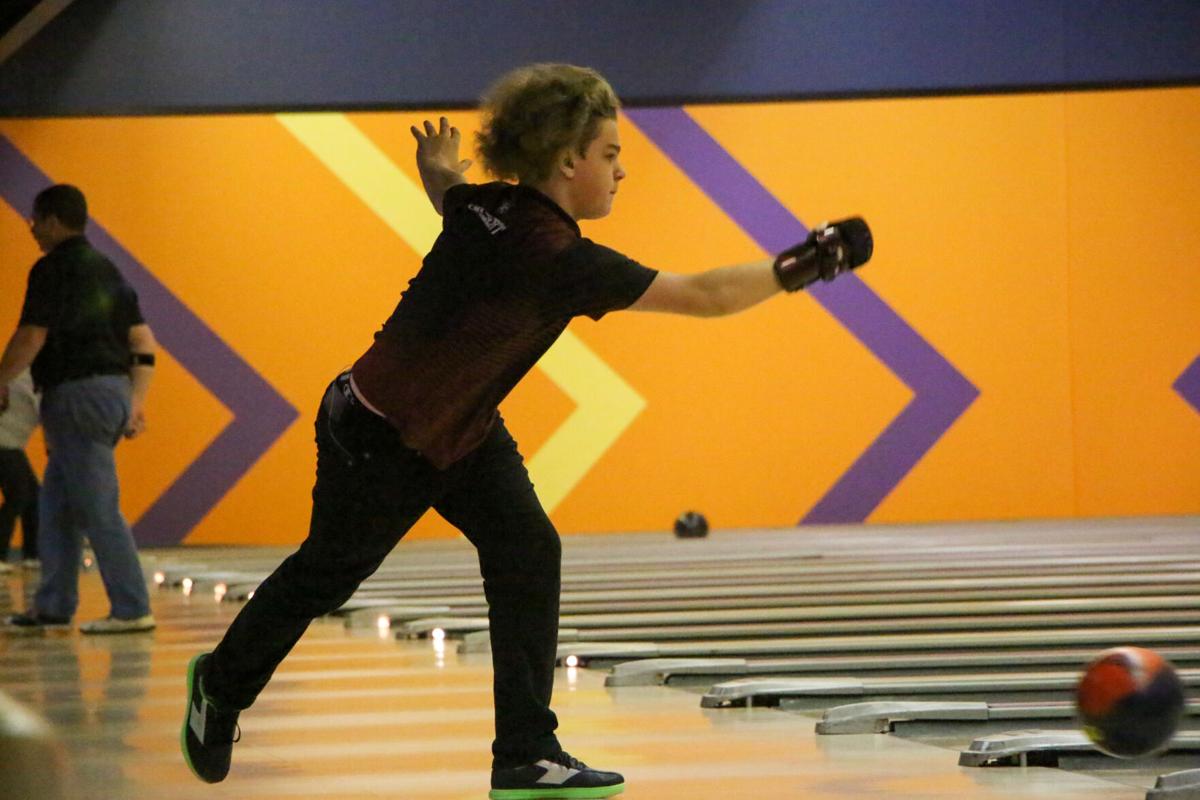 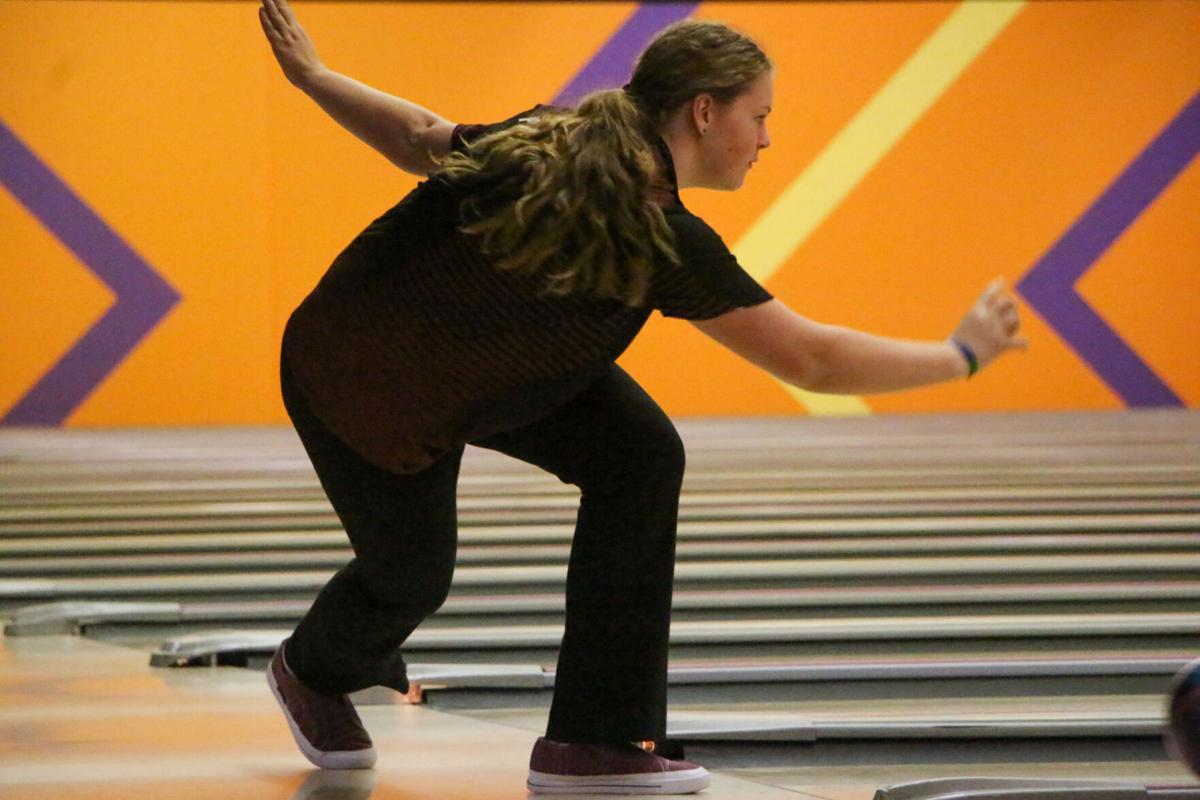 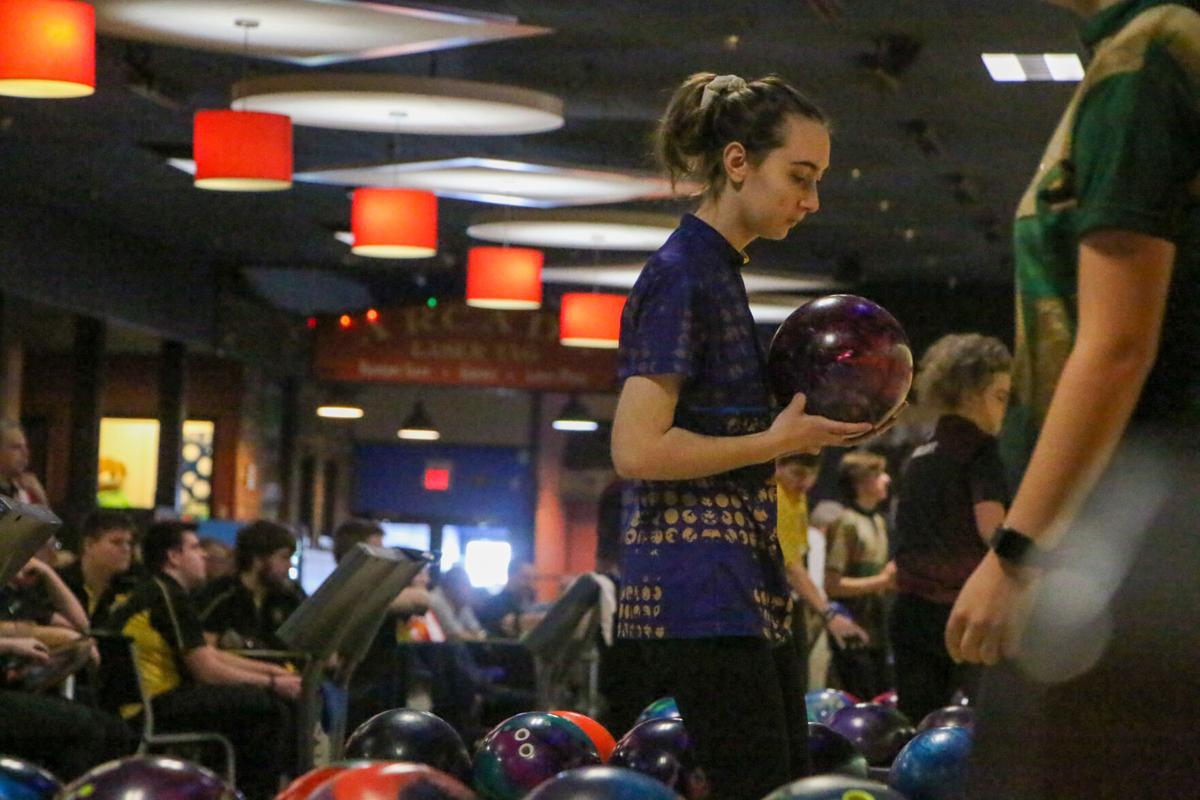 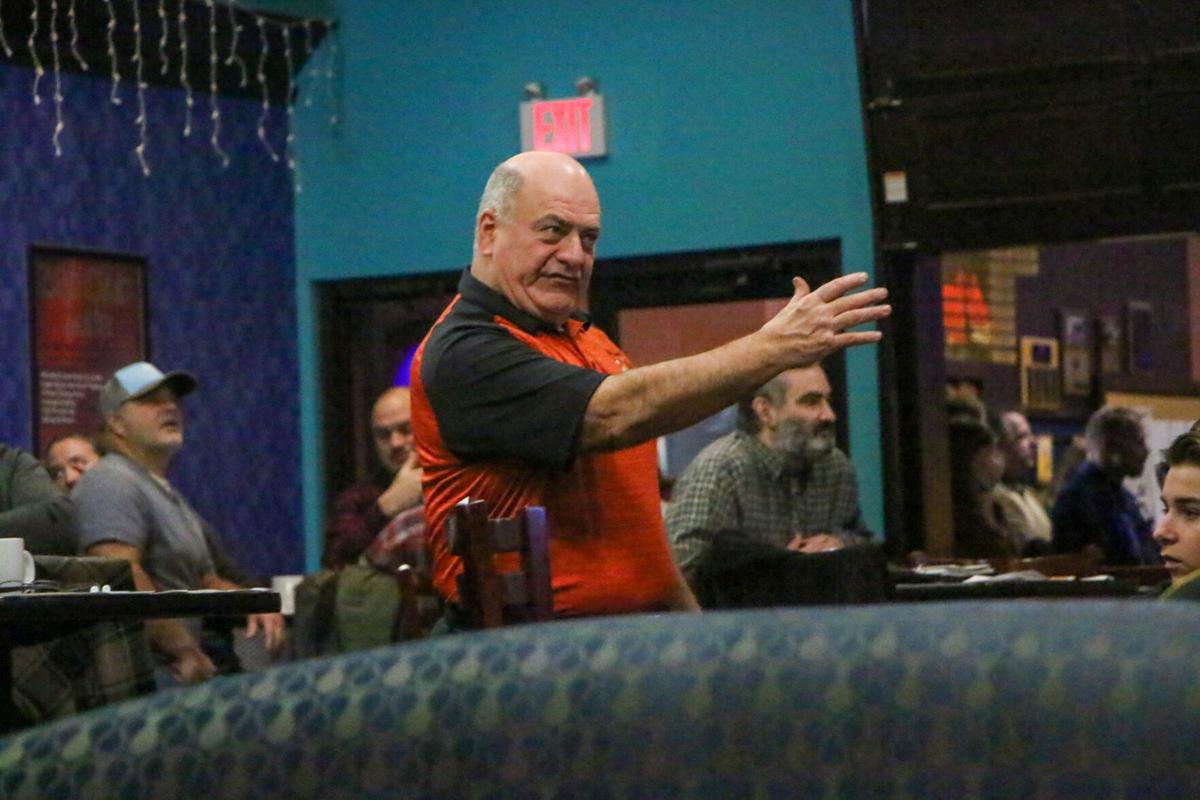 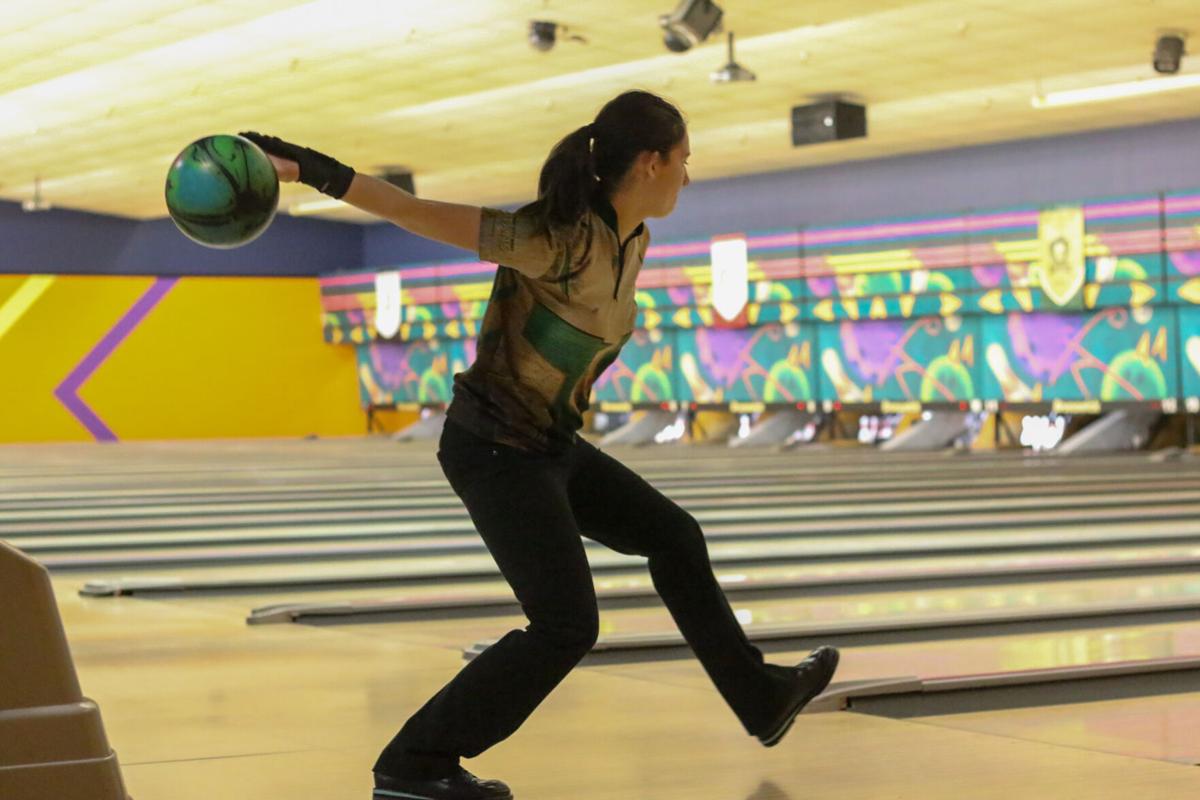 Maitland-Tanner, the pin leader in the Great Northwest High School Bowling Conference who hails from Traverse City West, is in just her third year of bowling competitively.

“This is going to be a great start to a long journey,” Maitland-Tanner said.

Abby Hill claimed the Trojans’ point with a 112 in regular play.

Phillips said the Titans’ prime goal is to win a team regional title and advance to states. They have finished third as a team several years, with the top two teams advancing.

“We have a lot of young talent right now,” Phillips said. “We’re not going to be changing our roster. We’re going to continue to grind and work on our games and put the time to get ready for regionals.”

Benzie Central’s Dray Hewitt needed one outcome to beat the Titans: strike the final ball of the 10th frame.

He got it, and the Huskies topped TC West’s boys varsity squad in a two-game baker roll-off 274-273.

A nine from Hewitt with that ball would have kept the match tied — forcing a rare four-frame roll-off (from the 6th to 10th frame), per MHSAA rules. An eight would have given the match to the Titans.

The last time Cadillac met Traverse City Central on the lanes, the Trojans won that match to take the Big North Conference Tournament.

The Vikings got revenge Saturday, beating the Trojans 17-13.

UP NEXT: The Bay Reps (7-8-1) takes on Lake Orion in the Rick Deneweth North/South showcase, Friday.

UP NEXT: Petoskey (11-3) vs. Holland West Ottawa at Sault Ste. Marie, Friday.

Ramsey, a senior for the Trojans, pinned Connor Bercume of Catholic Central at 4:42 for the third-place match at the 189 weight class. Davison’s Remy Cotton (formerly of TC Central) won the bracket with a 3-2 decision over a wrestler from Rockford.

Soper took the 5th place match at the 215 weight class with a 9-3 win over Goodrich wrestler James Mahon.

UP NEXT: The Titans host Traverse City Central in a Big North Conference dual at 6 p.m. Wednesday.