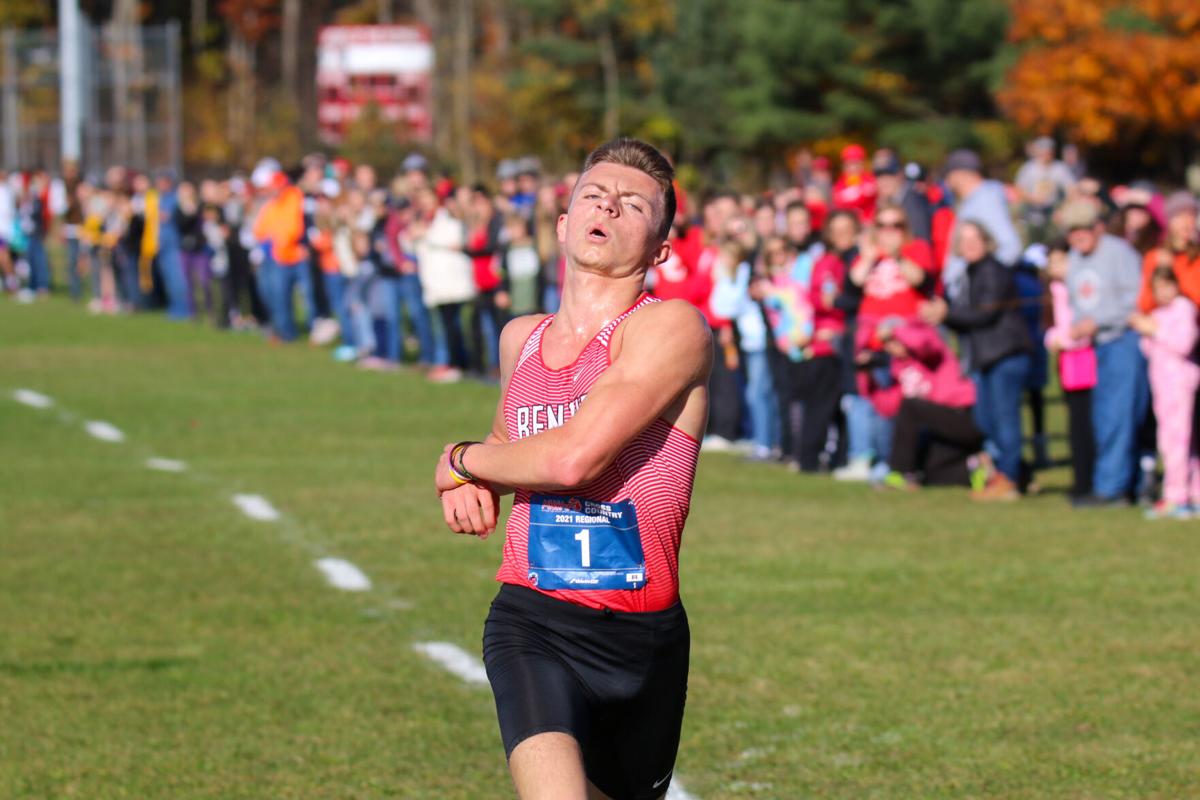 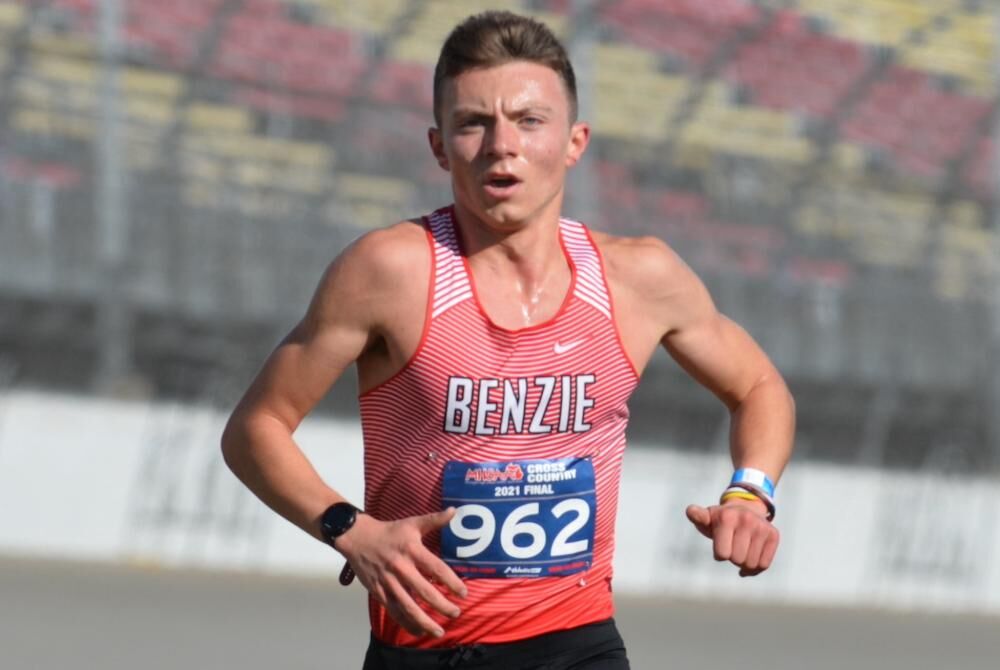 BENZONIA — Hunter Jones wants to be a national champion.

The Benzie Central High School star runner already has three state cross country titles under his belt and is a near lock to make it a record-setting four next year. But a national high school championship would be a pinnacle piece of hardware to add to his ever-growing collection of trophies, awards and accolades.

“There’s always people better than me somewhere,” Jones said. “I’m not the best, but I want to become the best. That’s what motivates me to keep going and work harder.”

Jones got some motivation Sunday when he finished second at the NXR Nike Midwest Regional in Terra Haute, Indiana, with a time of 15:48.6. Andrew Hauser of Rock Bridge High School in Columbia, Missouri, finished four seconds ahead of Jones in harsh weather conditions that featured rain, snow, 20 mph winds and temperatures in the low 30s.

“It was a mud pit. You weren’t running for time. You were running for place,” Jones said. “But losing just gives me more drive. I’m pretty upset about it. My mindset is that I have to work harder than the guy who beat me to be faster than him the next time.”

High school runners from Michigan, Ohio, Indiana, Missouri and Illinois competed in the annual event. Jones said there were still 150 runners within a couple seconds of each other a half-mile into the race.

“Everyone was piled in,” Jones said.

Running in a pack with competition was a good experience for Jones, who is usually out on his own and well ahead of his competitors.

“If I’m by myself and want to get the time I want, I have to keep pushing myself to go faster. If there’s someone there pushing me, it’s a whole different story,” he said. “If there’s another guy there, I’m telling myself that I need to run harder than this guy next to me.”

Benzie cross country head coach Asa Kelly got the watch the race from the comfort of his home kitchen as his phenom runner challenged for another championship.

“It was probably the worse conditions he’s ever run in. It was awful,” said Kelly. “It was brutal, but he handled it really well. He ran it almost perfectly. I just wanted him to push a little earlier and take the lead.”

Jones could face similar conditions in his next race when he travels to Kenosha, Wisconsin, to race in the Eastbay Midwest Regional on Nov. 27. Jones will have to finish in the top eight among runners from 14 states to qualify for the EBXC Foot Locker High School Nationals in San Diego on Dec. 11.

“Hopefully he’s going another month,” Kelly said. “It would be big. He’d be one of the few kids from this area to ever make it that far.”

Jones is excited to show what he can do on a bigger stage. He wants to win the race but said he’ll be content finishing in the top eight and then booking his plane ticket to San Diego.

“If I qualify for nationals, which I should, it will make me more confident in the runner I am. It will make me better, too. I’ll be able to push harder against the elite-level guys,” he said.

Kelly pushes Jones hard during training to keep the junior at an elite level. Kelly said Jones impresses him every day, every workout.

“I put something out there and think, ‘Man, this might be a little too much for him,’ but it’s really hard as a coach to find where his bar truly is,” Kelly said. “He lives on this tiny, little island where he doesn’t have anyone to train with. He won’t until he goes to college.”

Kelly said every elite Division 1 college program is seeking Jones out, but no decision on his post-high school career has been made yet. Right now, the focus is on getting better and running faster than everyone else on the course — which he often does.

Jones’ competitiveness and confidence make him one of the best high school runners in the country, Kelly said.

“If you’re playing hopscotch, he’s ruthless in anything he does,” Kelly said. “That’s what makes him who he is.”

So does his aspiration, and Jones has his sights set high.

“I want to go for the fourth state championship in cross country, which shouldn’t be a problem,” Jones said. “Getting in the 14:20s in the 5K would be pretty insane. If I can do that, I can be national champion next year. I want to be national champion this year, but there are a lot of fast guys.

“Next year, it’s definitely a possibility.”