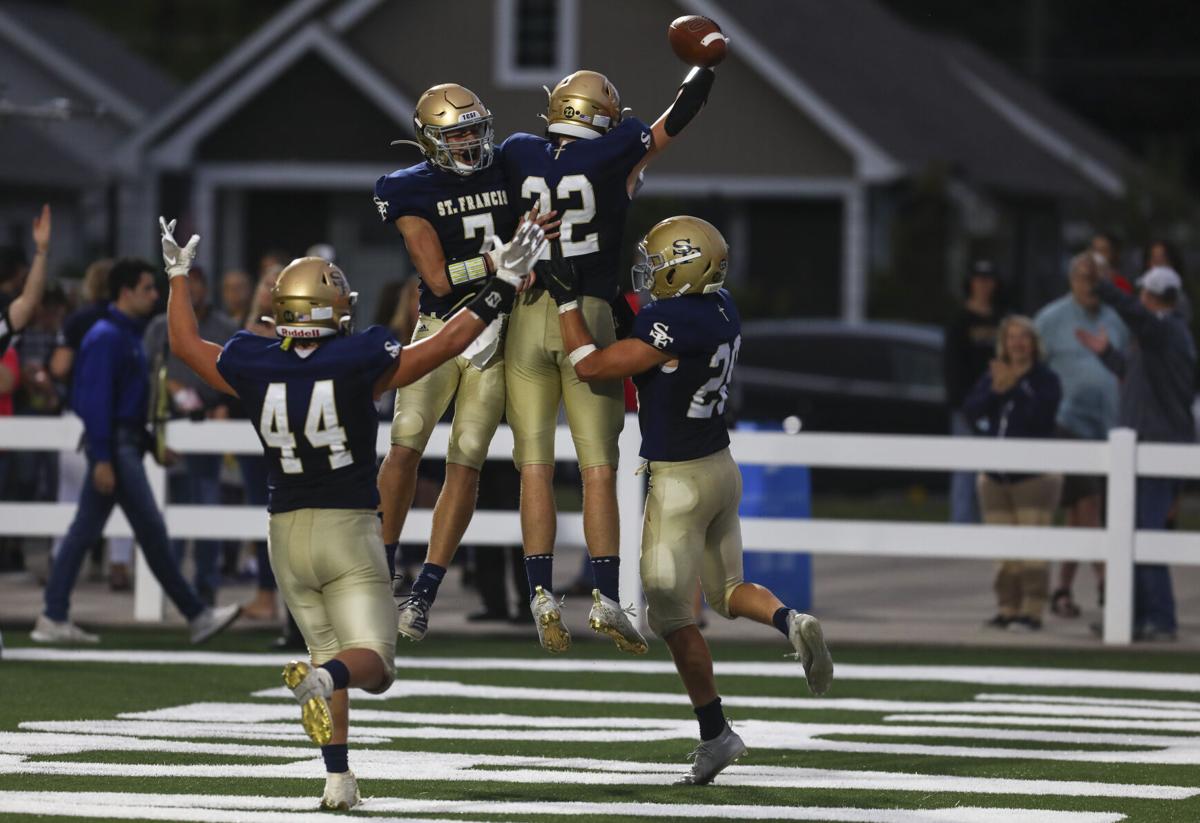 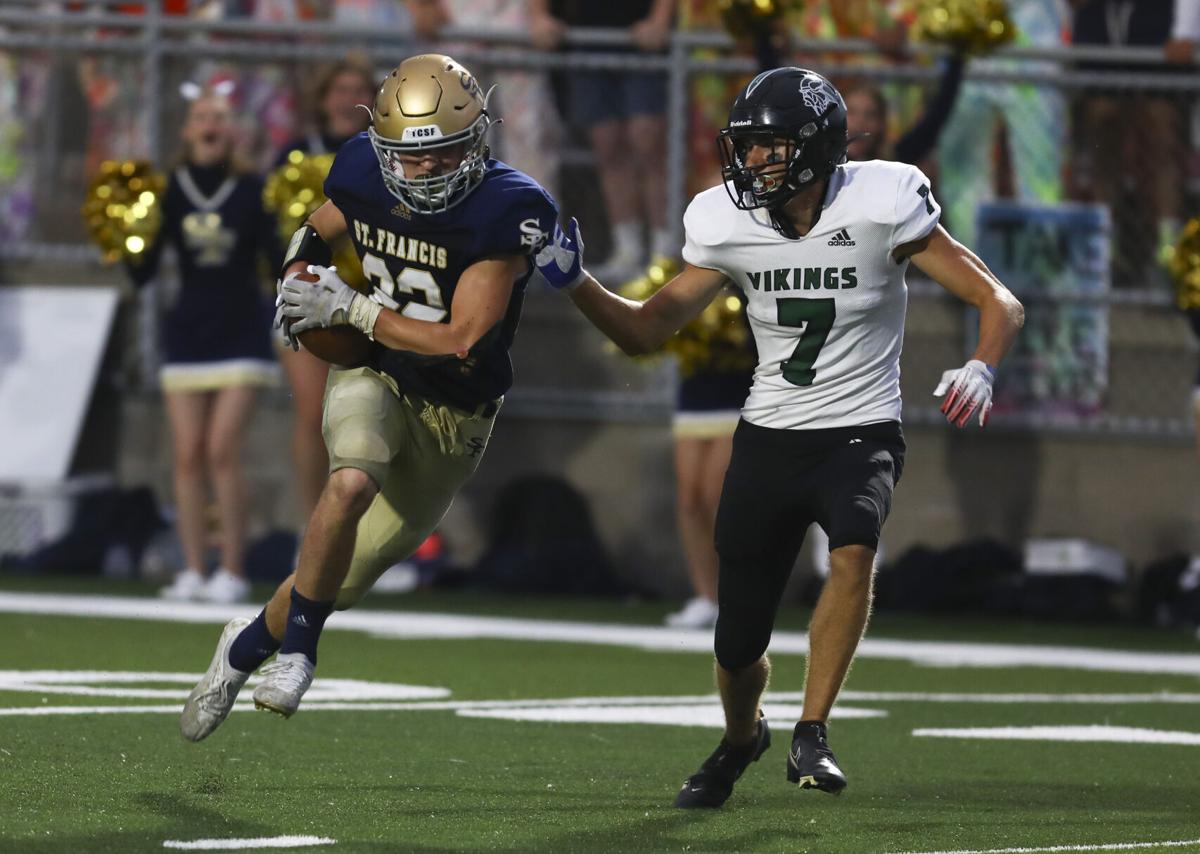 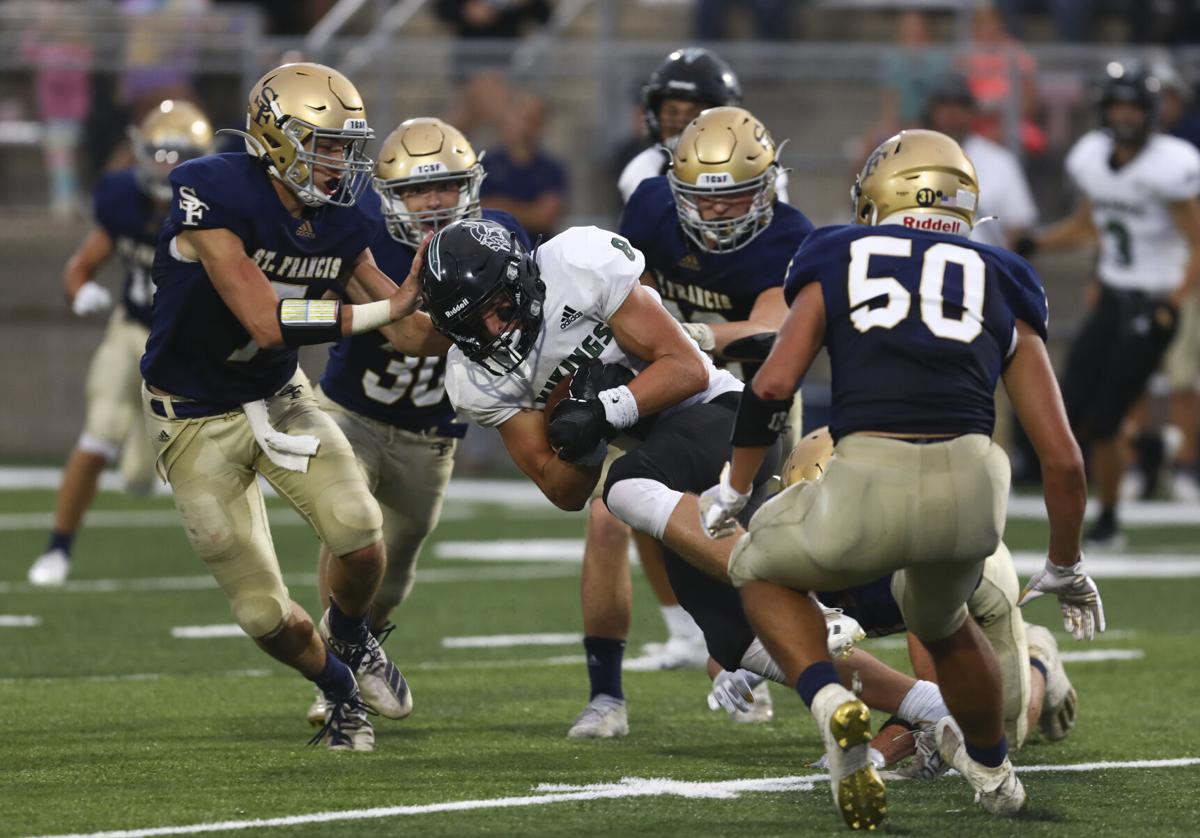 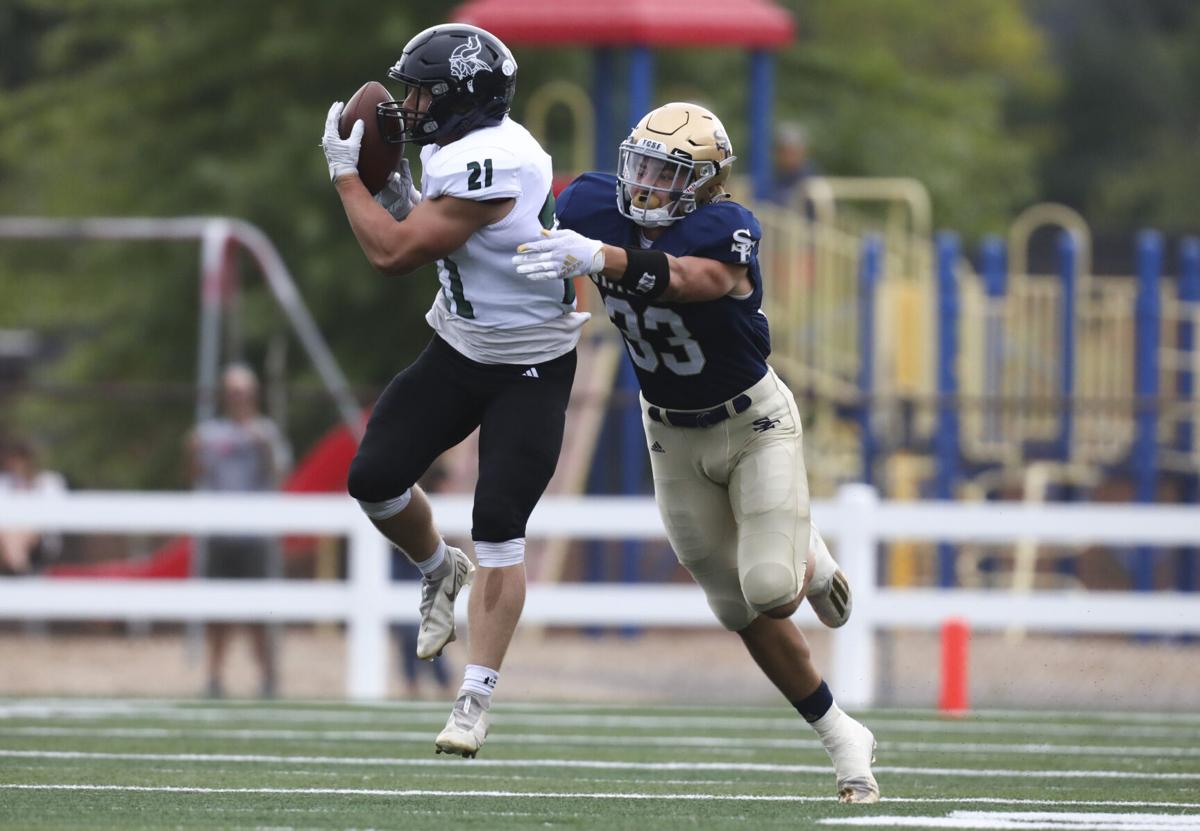 Grayling’s David Millikin pulls down a pass as he is tackled by Traverse City St. Francis’s Garrett Hathaway at Thirlby Field in Traverse City on Friday. 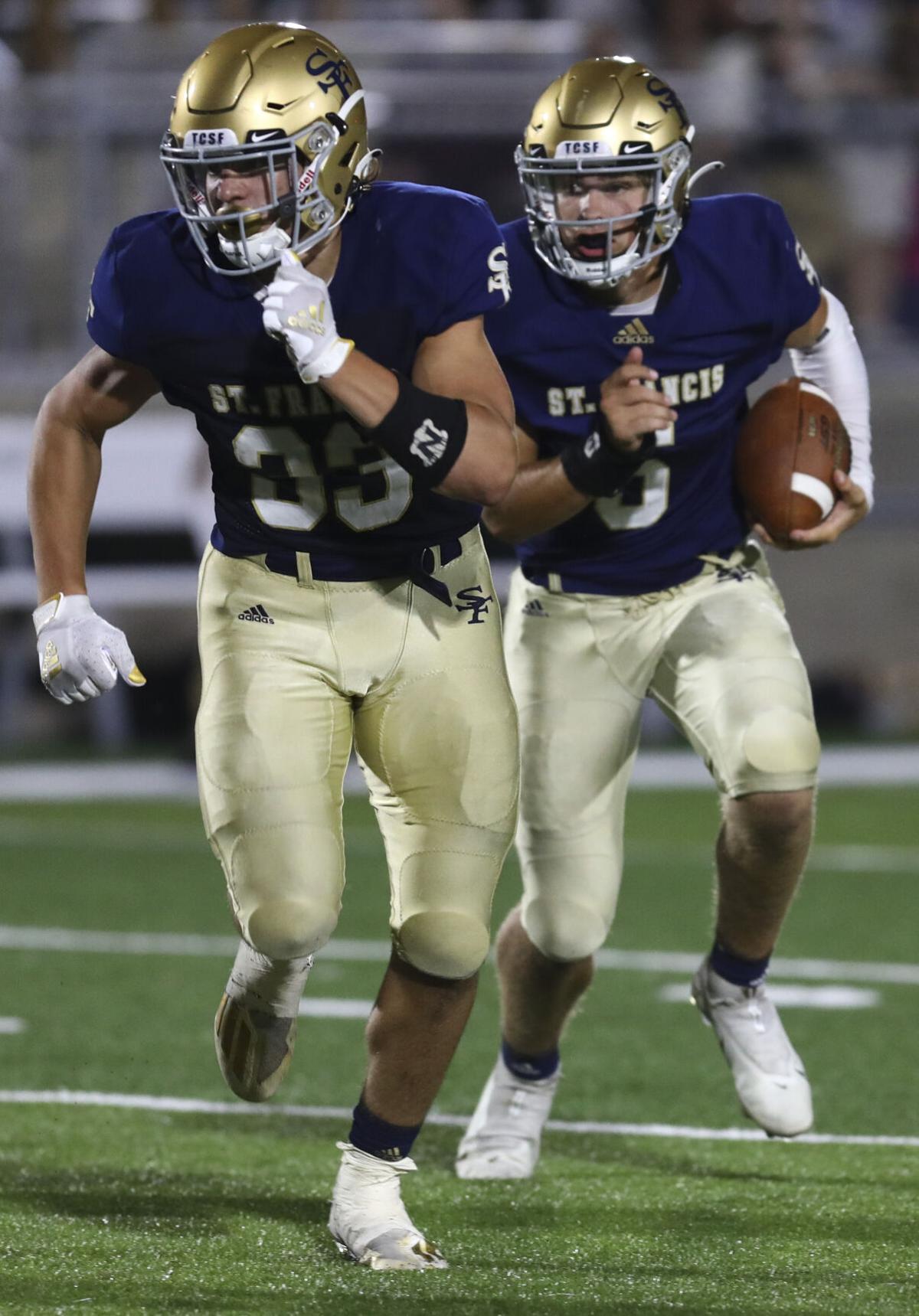 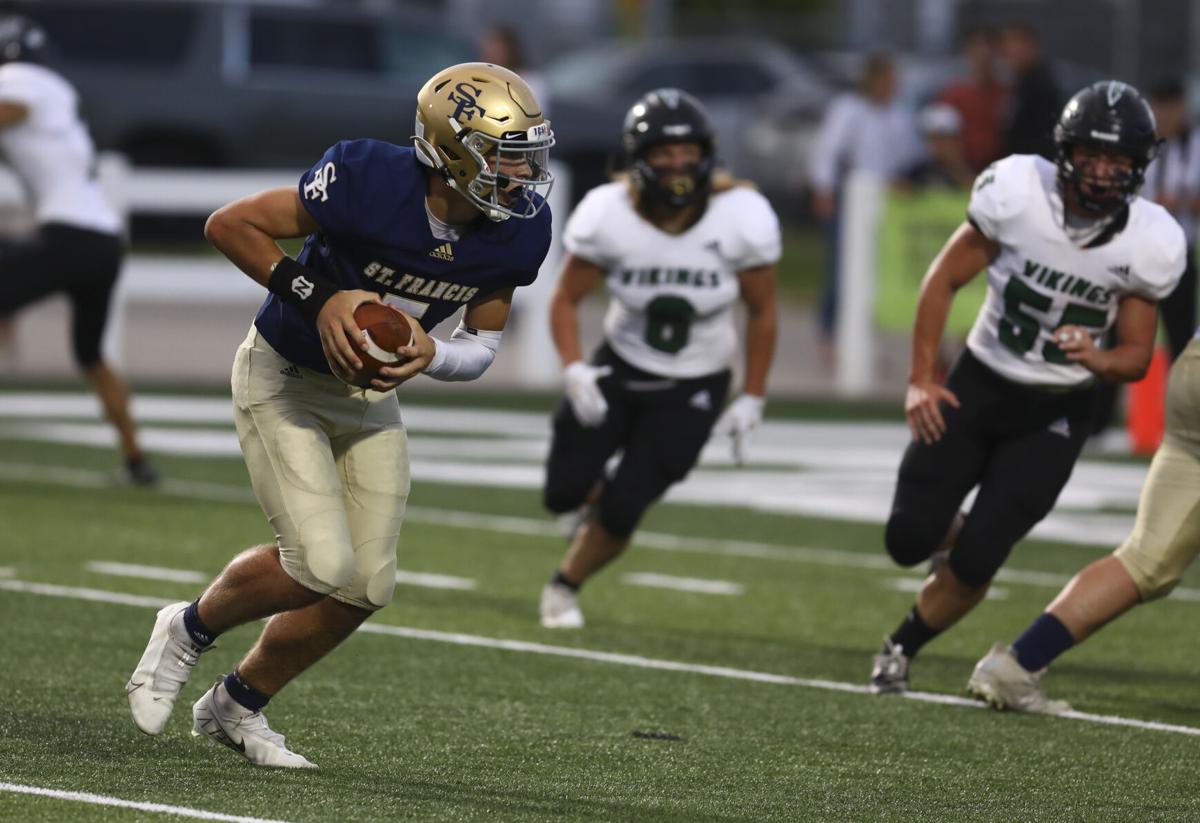 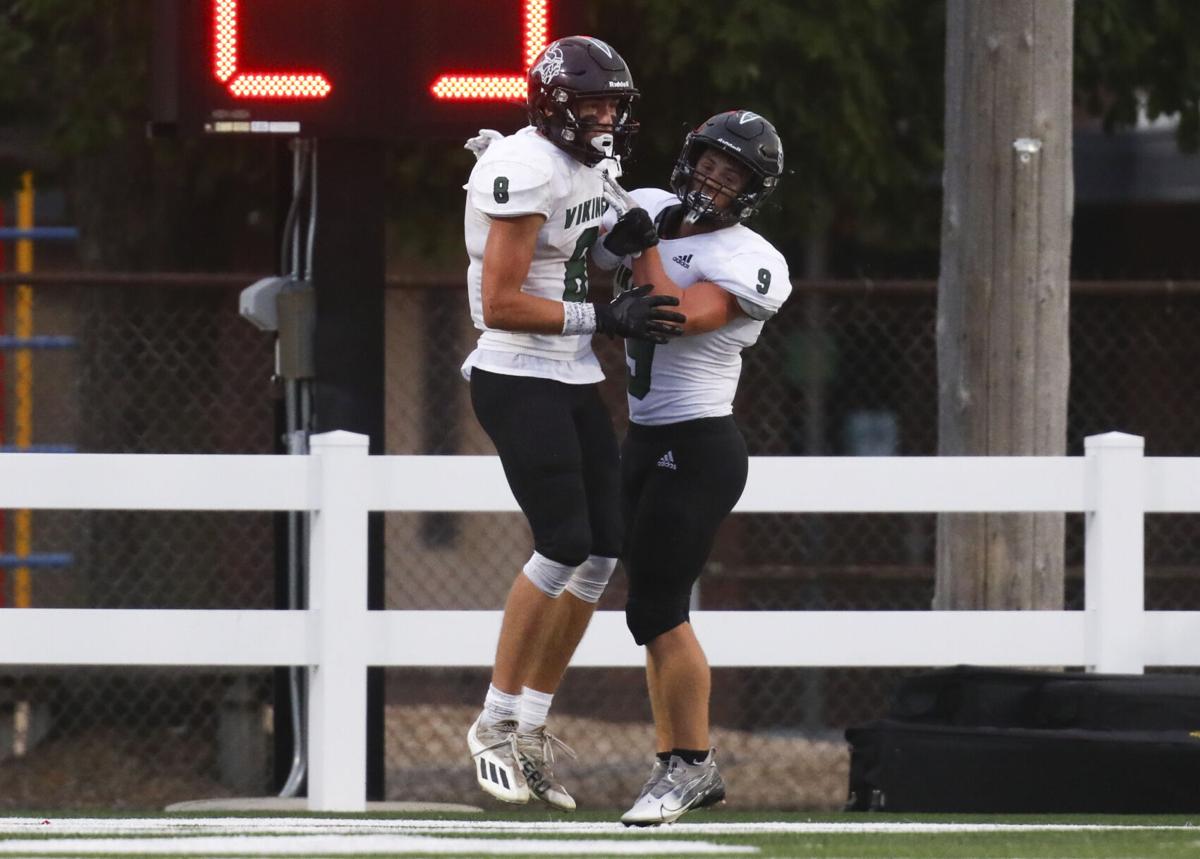 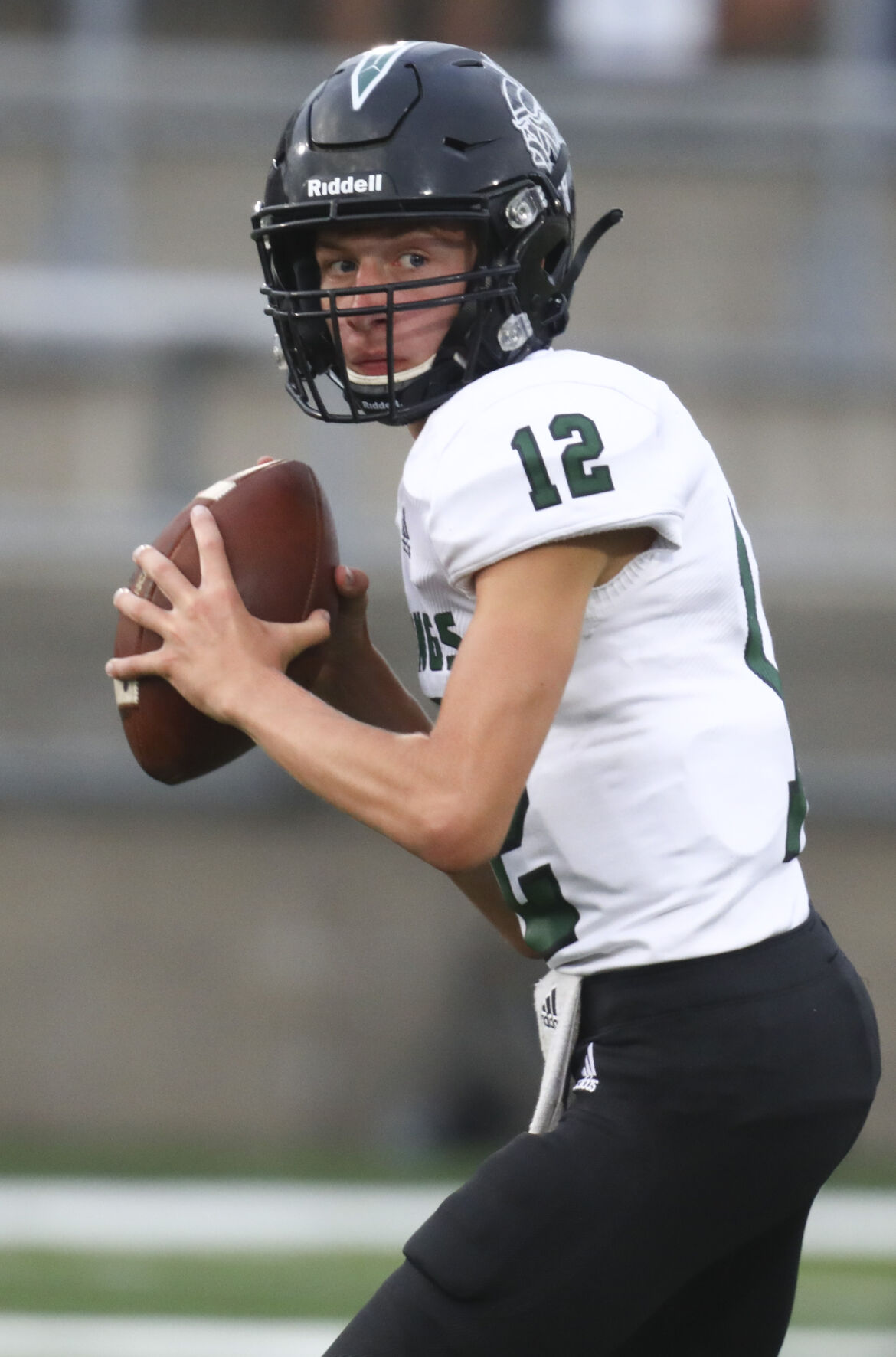 Grayling’s Ethan Kucharek in action at Thirlby Field in Traverse City on Friday. 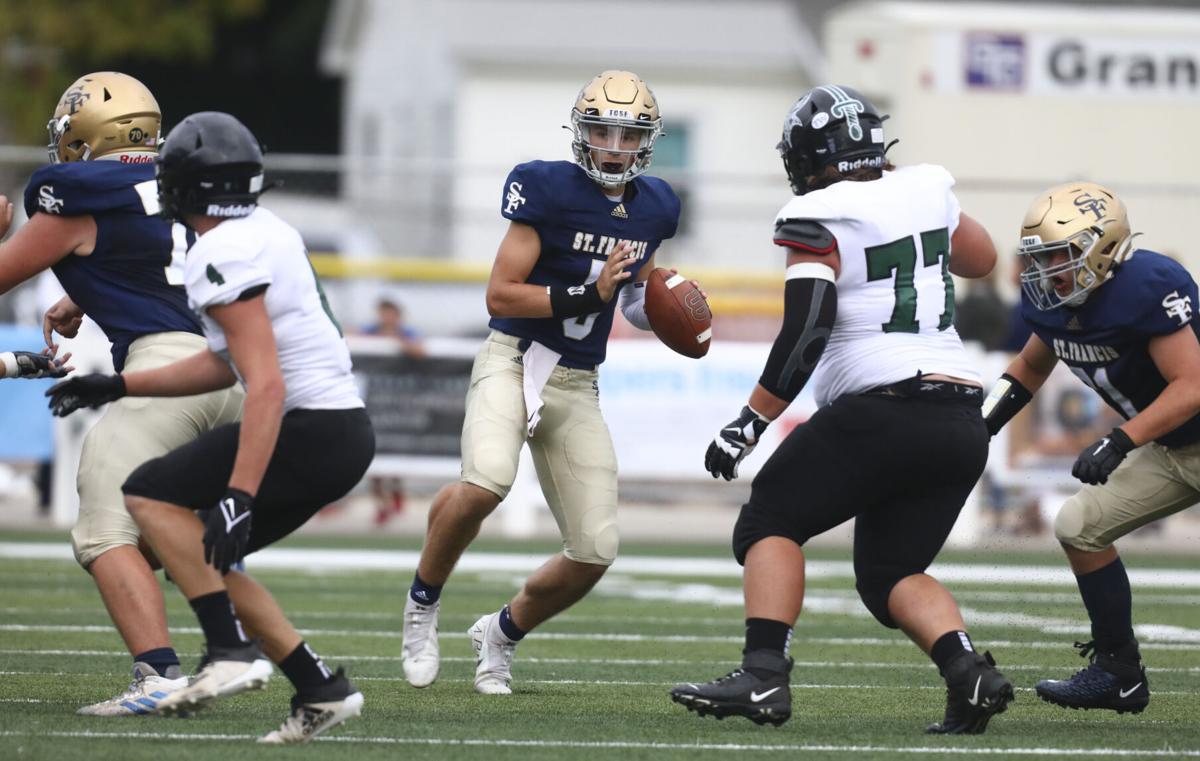 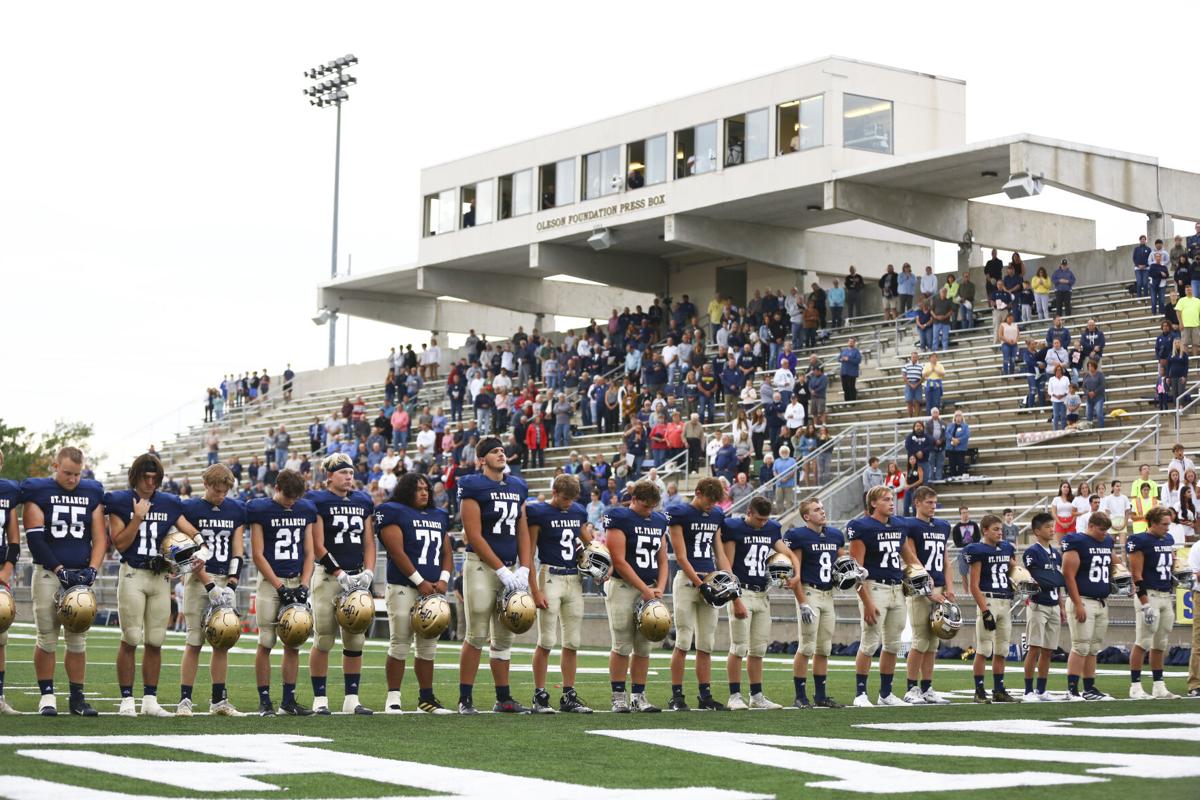 Grayling’s David Millikin pulls down a pass as he is tackled by Traverse City St. Francis’s Garrett Hathaway at Thirlby Field in Traverse City on Friday.

Grayling’s Ethan Kucharek in action at Thirlby Field in Traverse City on Friday.

The senior running back scored three touchdowns with 181 yards of offense, leading Traverse City St. Francis to a 32-15 win over Grayling, a game Gladiators coach Josh Sellers said was the most physical TCSF-Grayling game he’s coached.

That’s quite a statement considering Grayling led 14-0 at the half the last two years it played TCSF. The Vikings managed one win against the Gladiators in 18 meetings — the only loss coming from the 2012 season St. Francis did not make the playoffs.

“The comebacks were great, but I like this one, especially on my birthday,” Olivier said.

Grayling, coming off a historic Division 6 semifinal run last season, opened the game with an 8-0 lead to break the score of an otherwise defensive battle. David Millikin led the Vikings to three first-down carries in five plays, ending the drive with a goal-line touchdown run to take a 8-0 lead.

Both teams loaded the box, eventually leading both quarterbacks to pass more frequently than both teams’ styles of play from the weeks prior.

“We were having a hard time moving the ball with nine guys in the box, so we wanted to throw them out of that,” Sellers said. “It was painful, but it eventually got to the point where we had some success.”

TCSF’s Wyatt Nausadis finished with 58 yards on 12 carries and Grayling’s Millikin put up 113 yards on 20 carries. That wasn’t quite what happened last week, when Millikin opened the season with 297 yards against Roscommon and Nausadis had 203 yards on the ground against Benzie Central.

“At St. Francis we like to pride ourselves on our running, and that’s who we are. We’re a traditional running team,” Olivier said, “but if we can throw the ball, we’re throwing it.”

Olivier was the first to score for TCSF, but the Glads failed to take the lead on a missed conversion try. St. Francis took an 12-8 lead at the half after Josh Groves caught a touchdown with 7.2 seconds of clock remaining.

The Gladiators extended their lead to two scores after the half off an Olivier TD reception in the third quarter. Millikin scored the next one for Grayling to keep it a one-score game at 18-15 in the fourth quarter, but it was the Vikings’ last.

Olivier caught his second TD pass to make it 25-15 and Grayling fumbled their ensuing kickoff, recovered by TCSF’s Garrett Hathaway.

Kucharek missed four straight pass attempts with less than five minutes to play, all but sealing the win for TCSF after the Vikings turned over on downs.

“We were kind of on a roller coaster the whole game,” Cragg said. “We’re just back at it next week.”

The postseason aspirations both teams have remain the same.

“They’re a dang good football team, and so are we,” Grayling coach Eric Tunney said. “I think we showed that tonight. I know we got some dudes that can play, so I’m not discouraged at all.”

The Vikings play Cheboygan (1-1) next week.

St. Francis (2-0, 2-0 NMFC-Legends) takes a trip to Ogemaw Heights (0-2) for their first road game of the season, the second meeting between the two schools in conference history. The Falcons joined the NMFC in 2020 and lost to the Gladiators 35-14.

Kickoff for both games is Friday at 7 p.m.

HOUGHTON LAKE — Manton started the season 2-0 for the first time since 2018, beating Houghto…