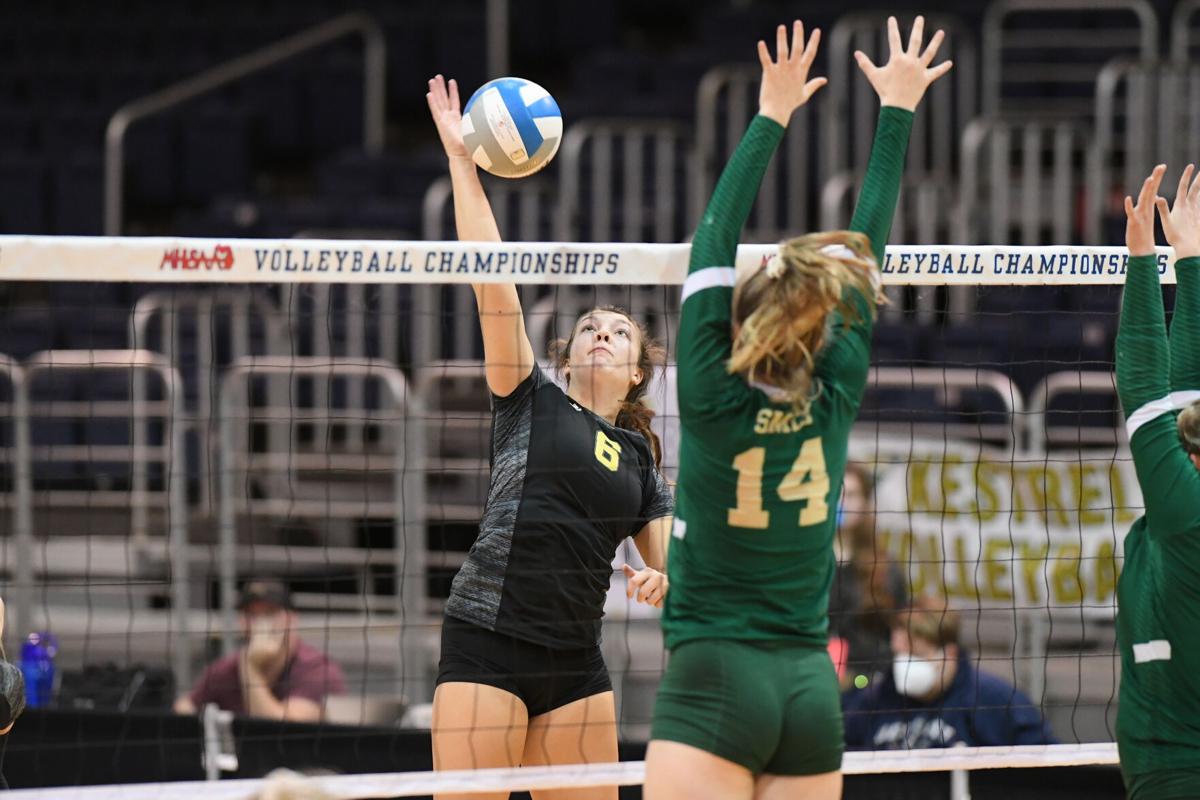 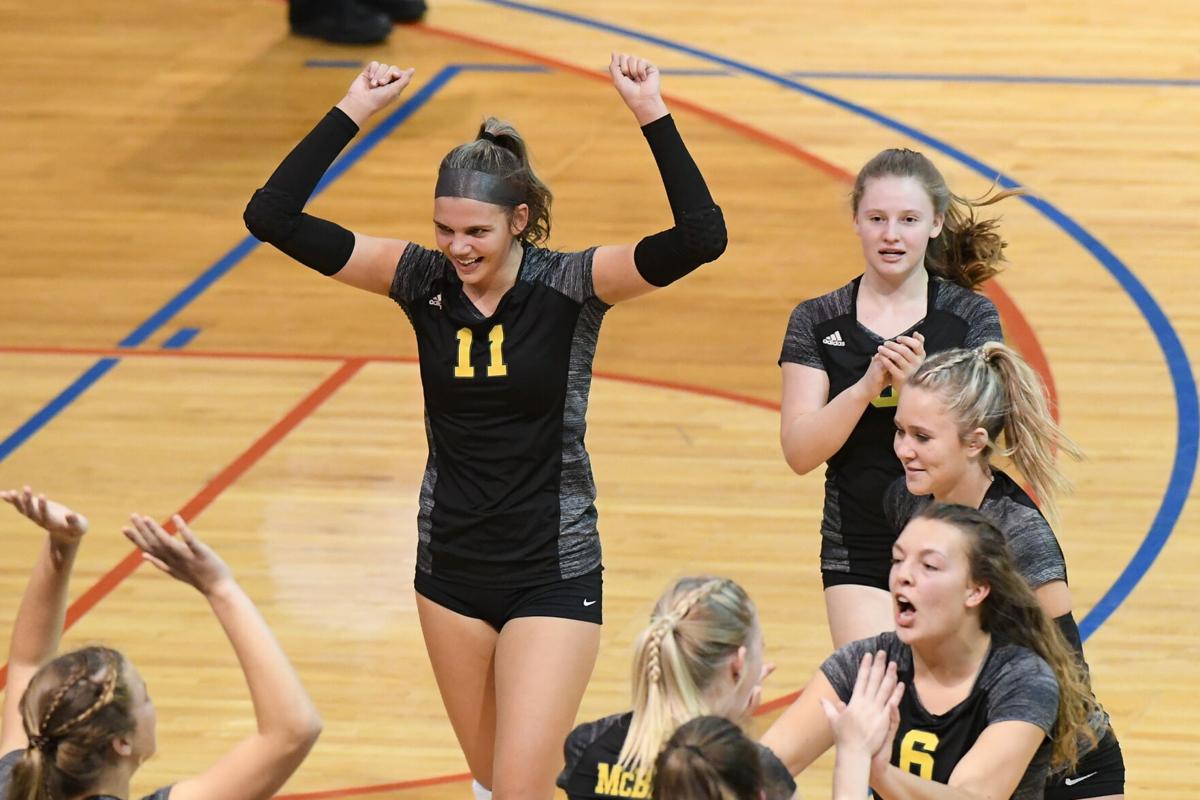 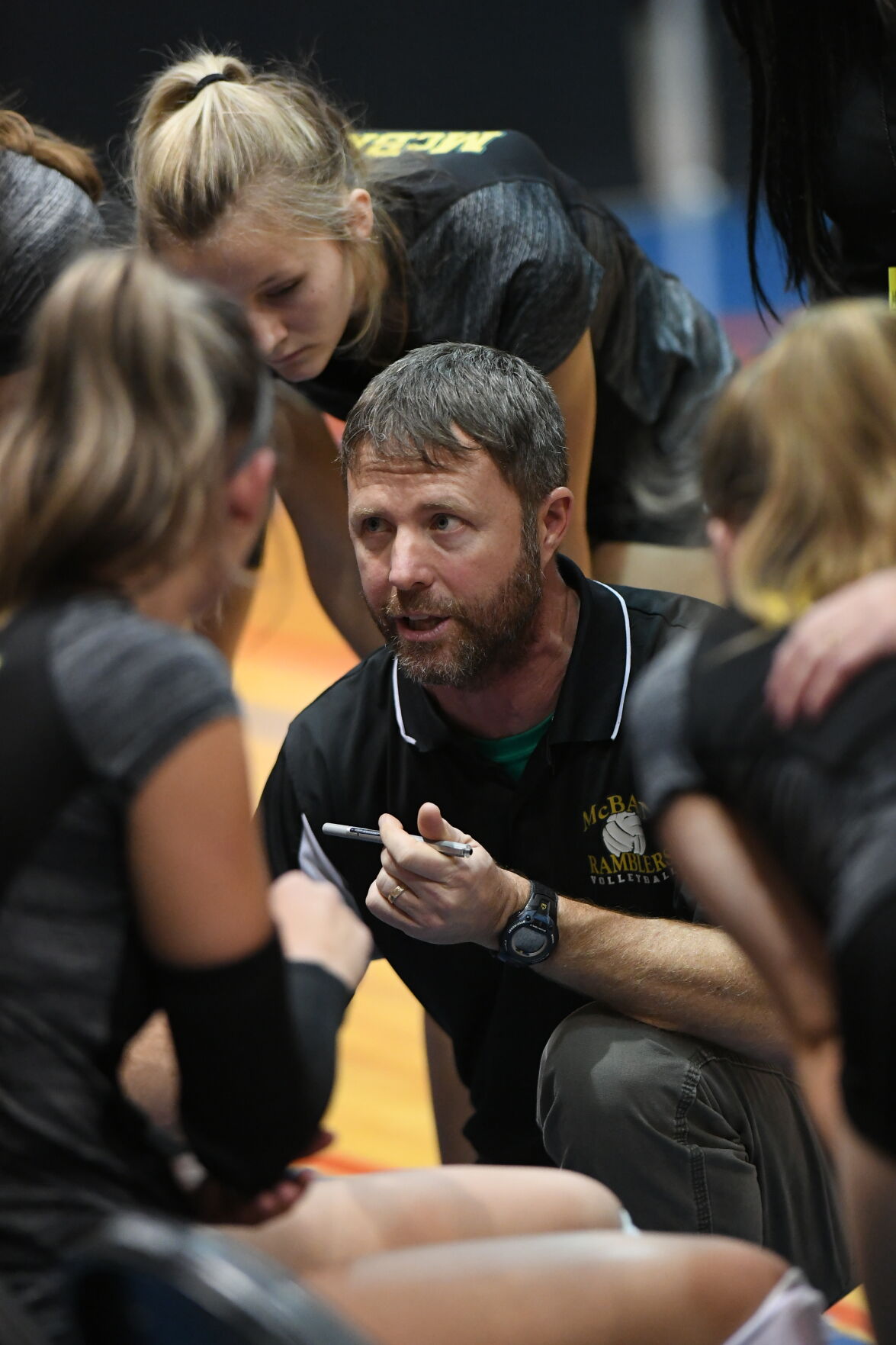 McBain head coach Shawn Murphy talks to his team during a timeout Friday in the Division 3 state semifinals at Battle Creek's Kellogg Arena. 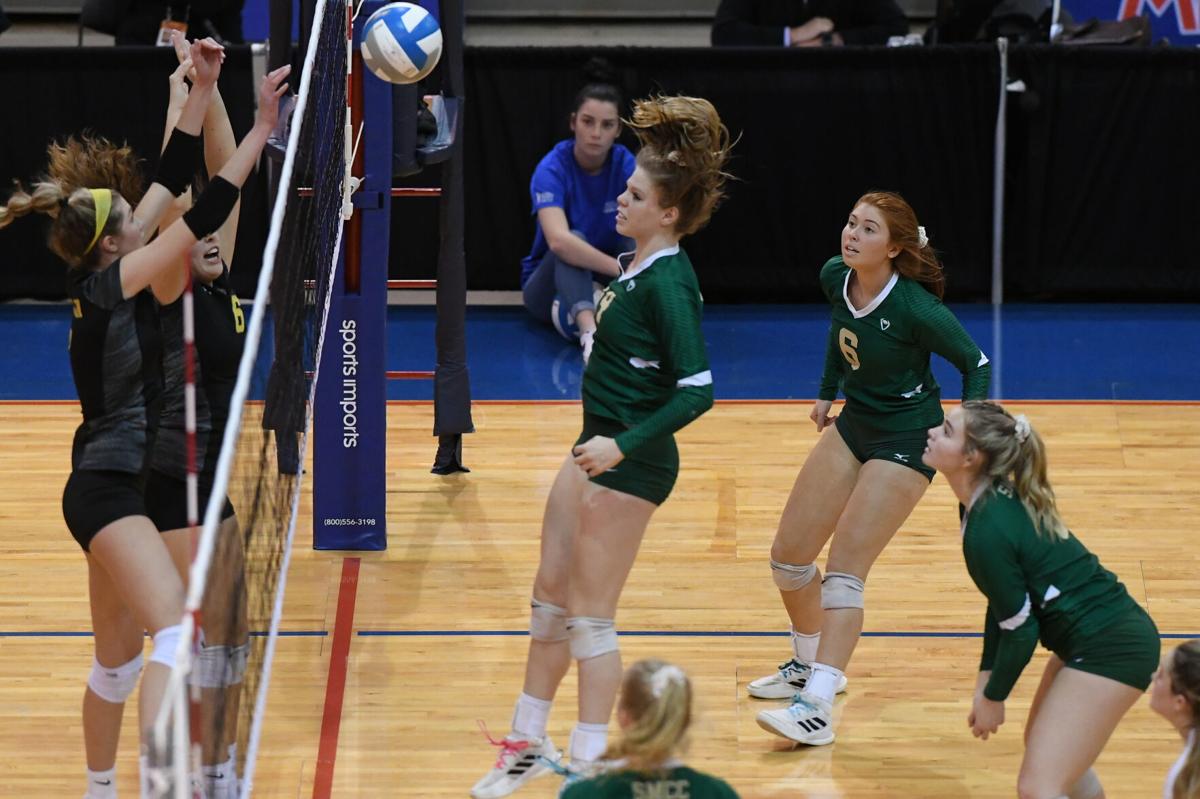 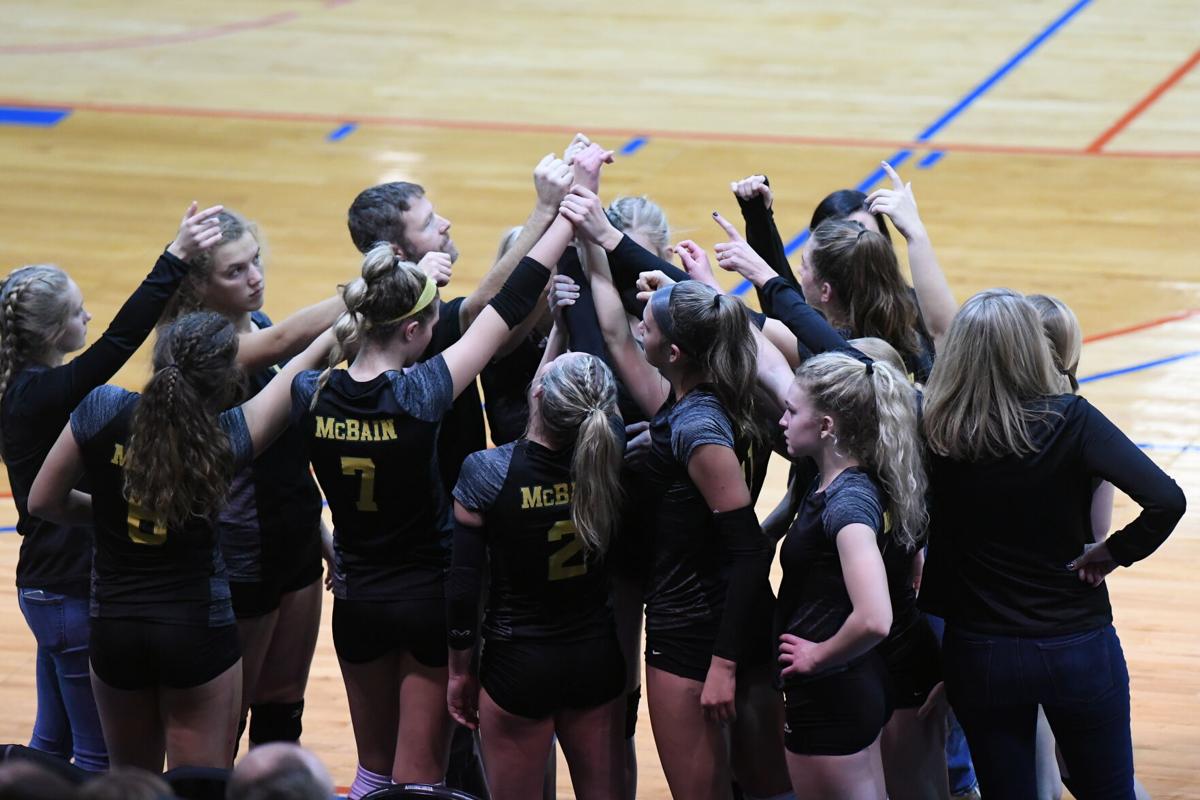 McBain head coach Shawn Murphy talks to his team during a timeout Friday in the Division 3 state semifinals at Battle Creek's Kellogg Arena.

BATTLE CREEK — McBain took the No. 2-ranked team in the state to the limit.

Monroe St. Mary swept the Ramblers, but just eked out each game in a 25-23, 25-23, 26-24 victory over unranked McBain at Kellogg Arena in Battle Creek on Friday.

The Ramblers finish the season 36-5-1 and were honorable mention in the final Michigan Interscholastic Volleyball Coaches Association poll.

McBain, which beat both Traverse City Central and Traverse City St. Francis this season, swept through the Highland Conference with a perfect 16-0 record, winning a regional championship for the third time in 12 years under head coach and Cadillac alum Shawn Murphy.

Analiese Fredin notched 34 more assists to end the season, one in which the junior surpassed the 1,000 mark.

Gabrielle VerBerkmoes led the Rambler defense with 12 digs and a block, while Scott added 11 digs and Schierbeek 10.

Scott, Schierbeek and Gabrielle VerBerkmoes end the season with more than 300 kills each.

The Ramblers lose Scott and Schierbeek from their starting lineup, but McBain returns four starters in middle blockers Gabrielle VerBerkmoes and VanderVlucht, Fredin at setter and freshman outside hitter Gwyneth VerBerkmoes.