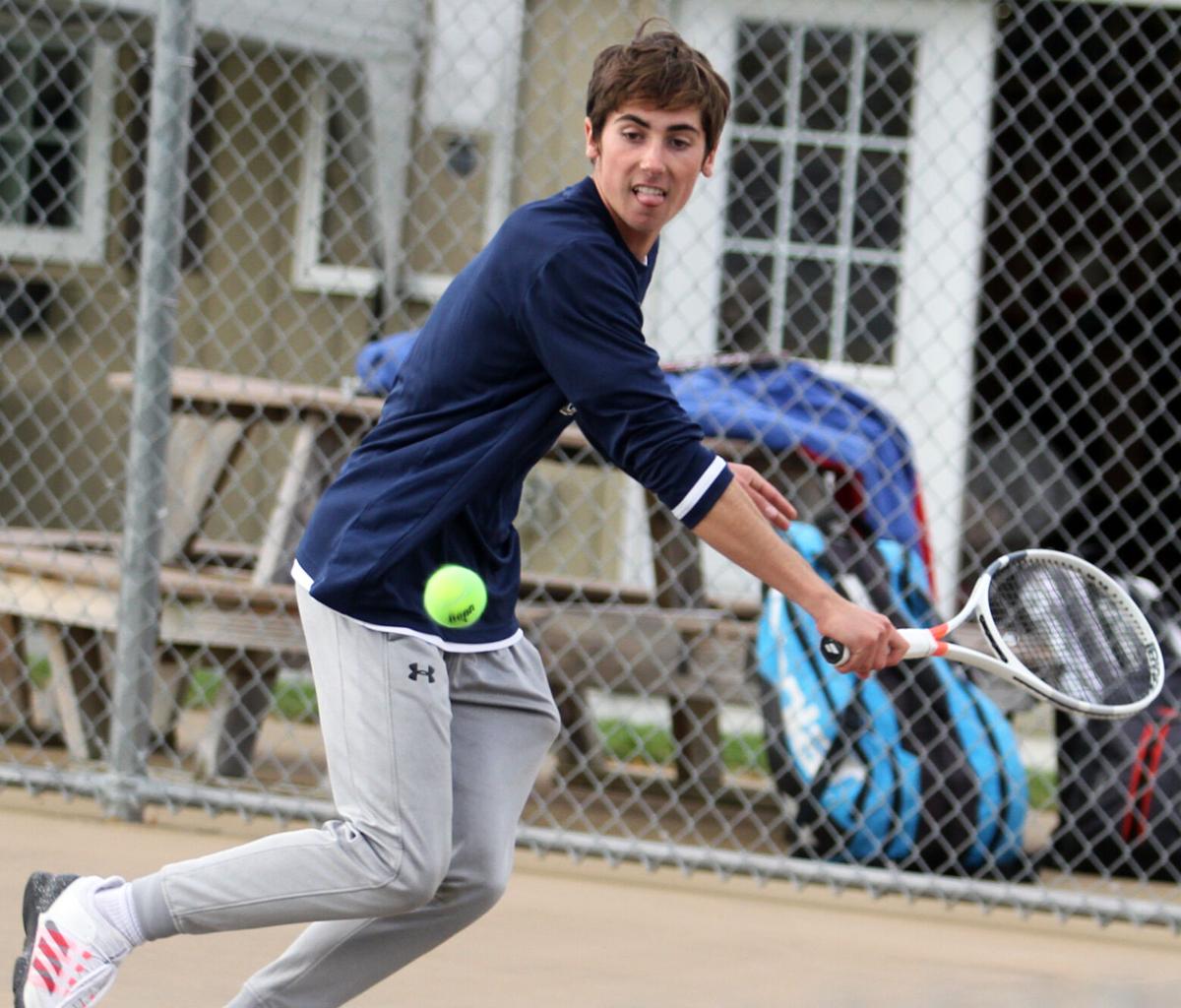 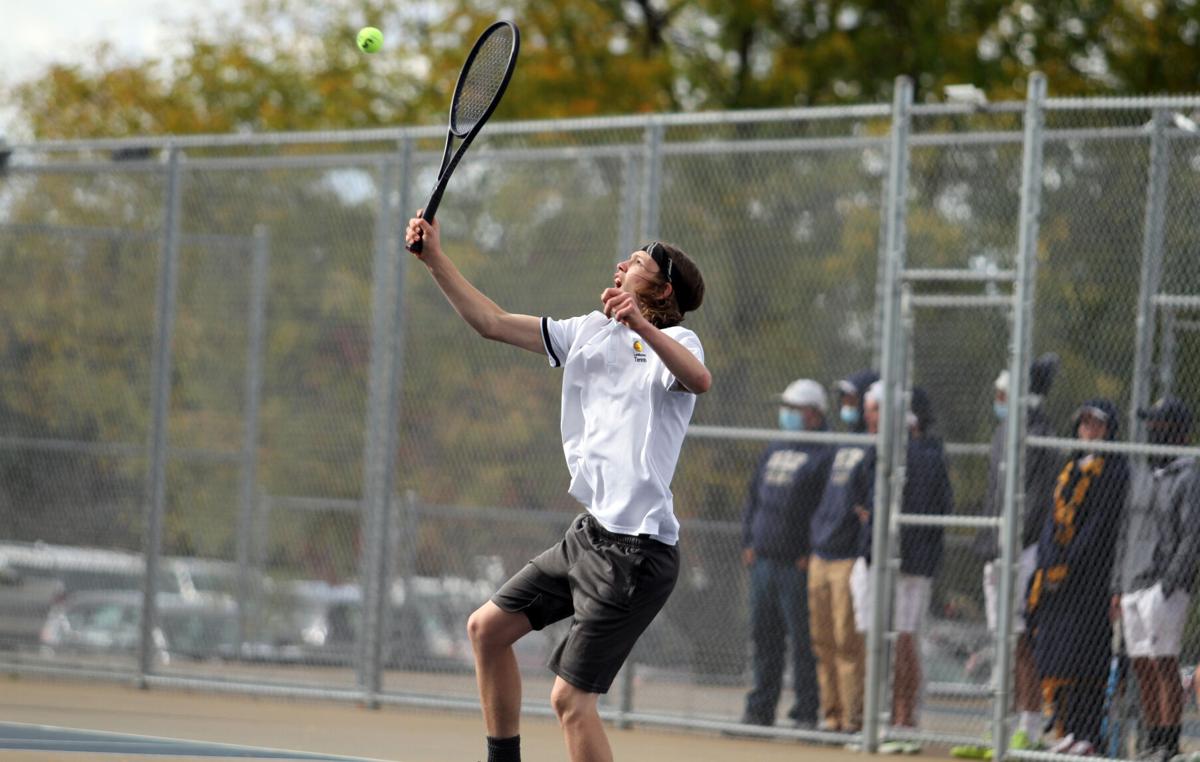 Leelanau Tennis' Connor Young reaches up for a shot in districts Wednesday. 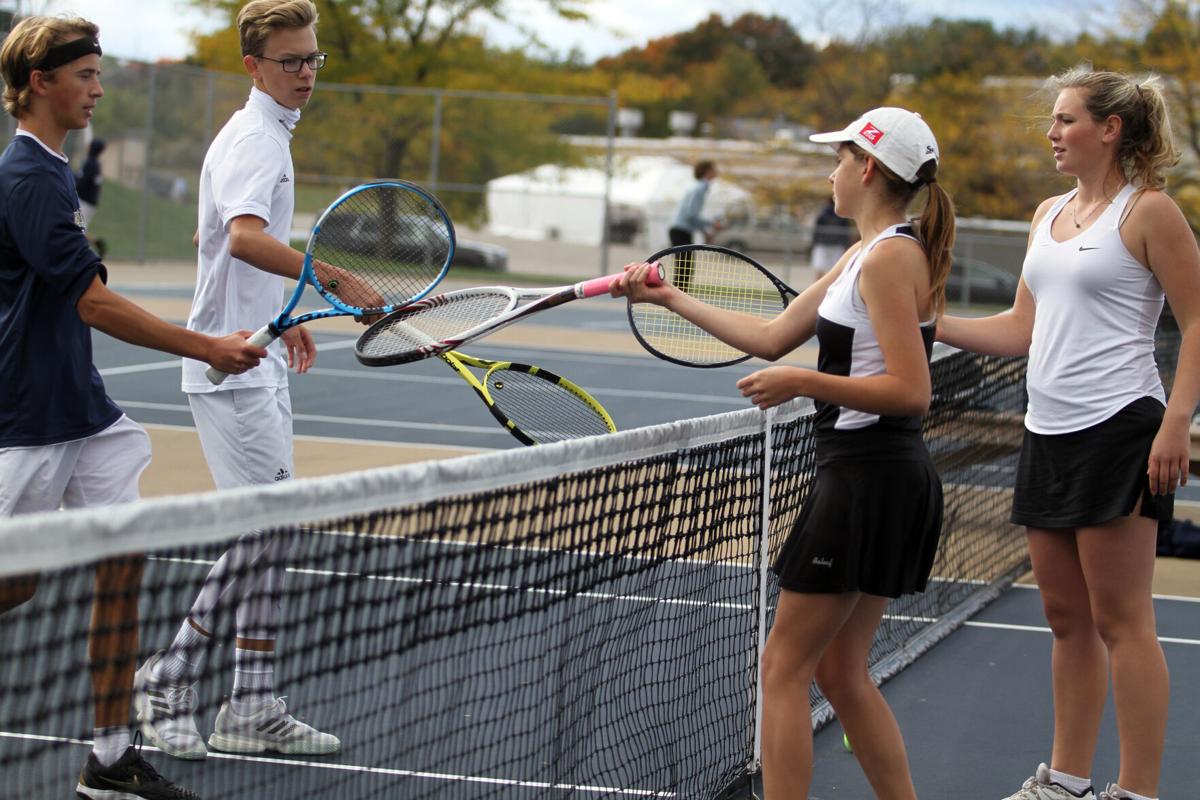 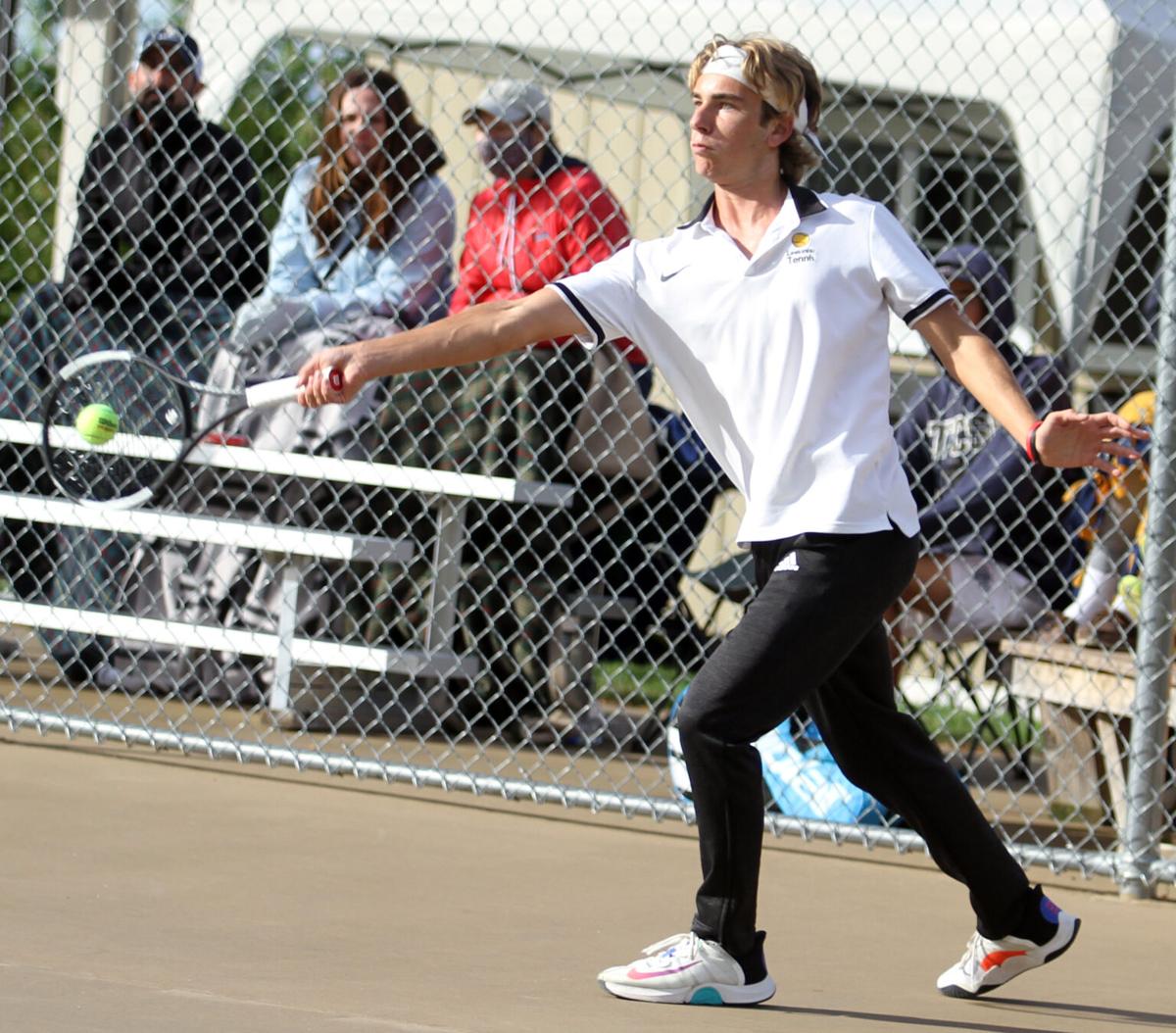 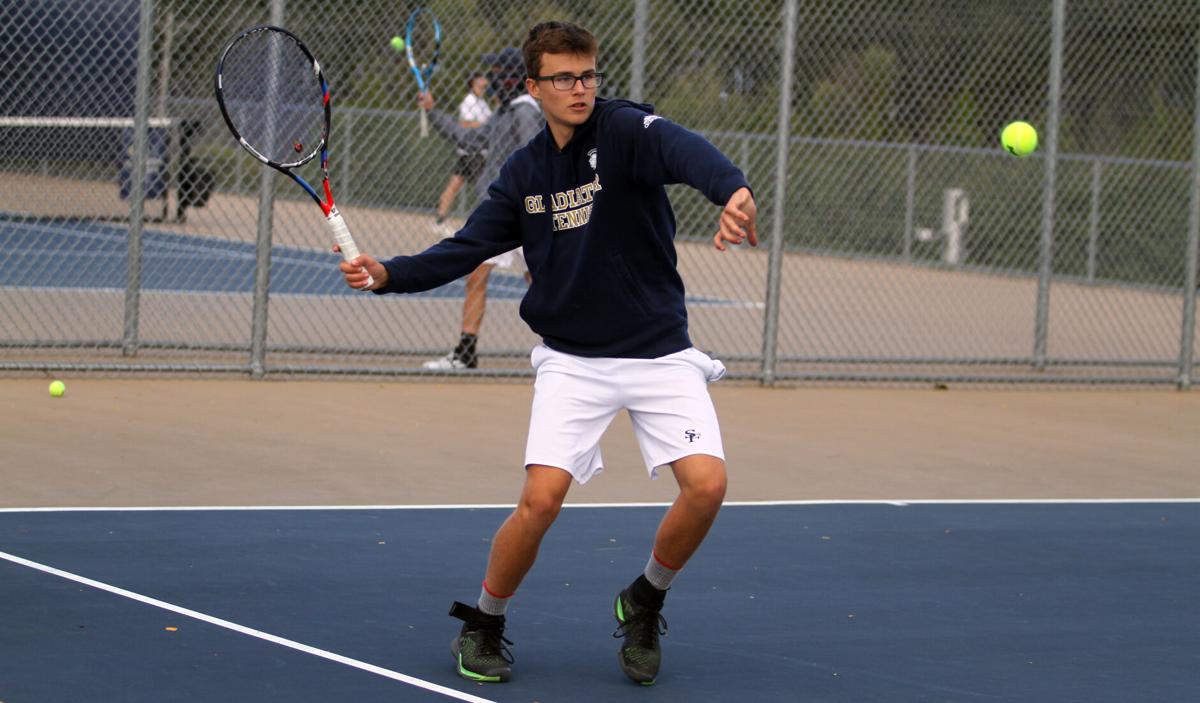 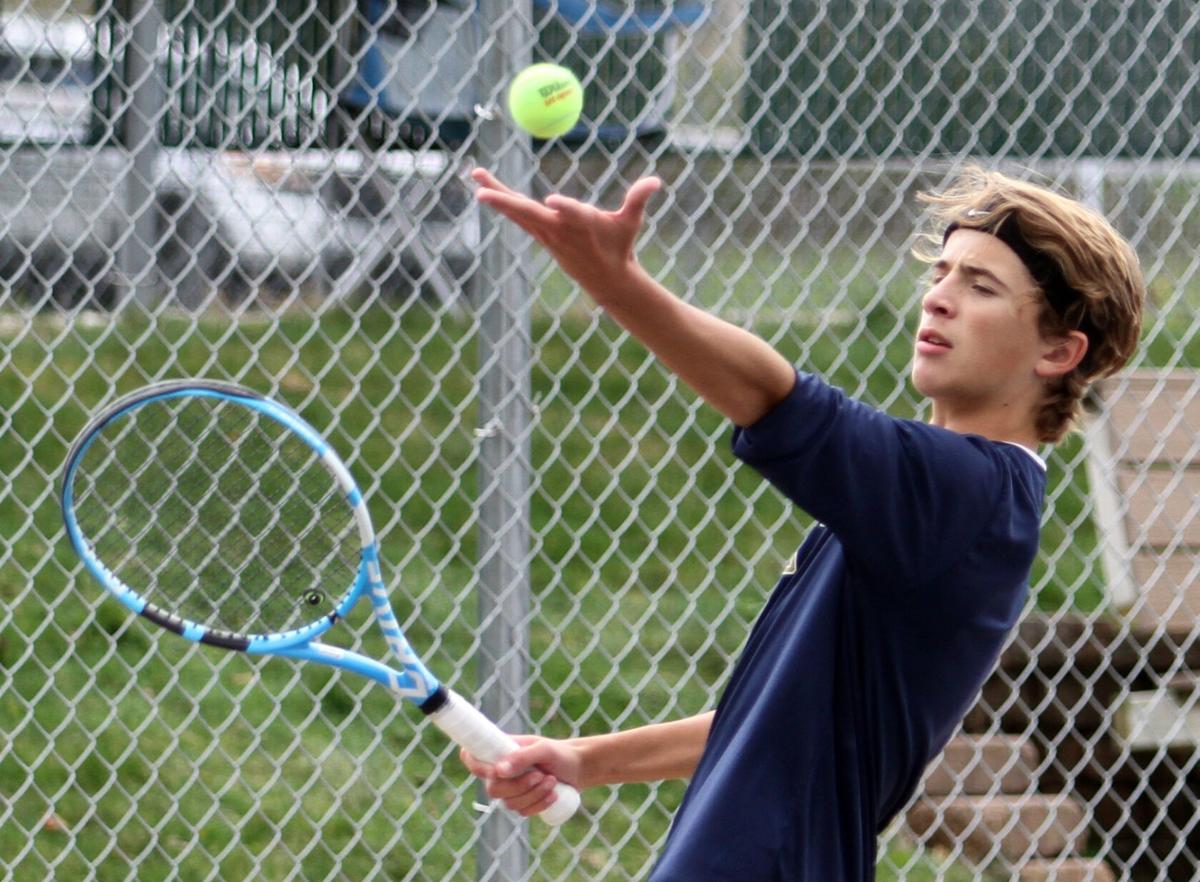 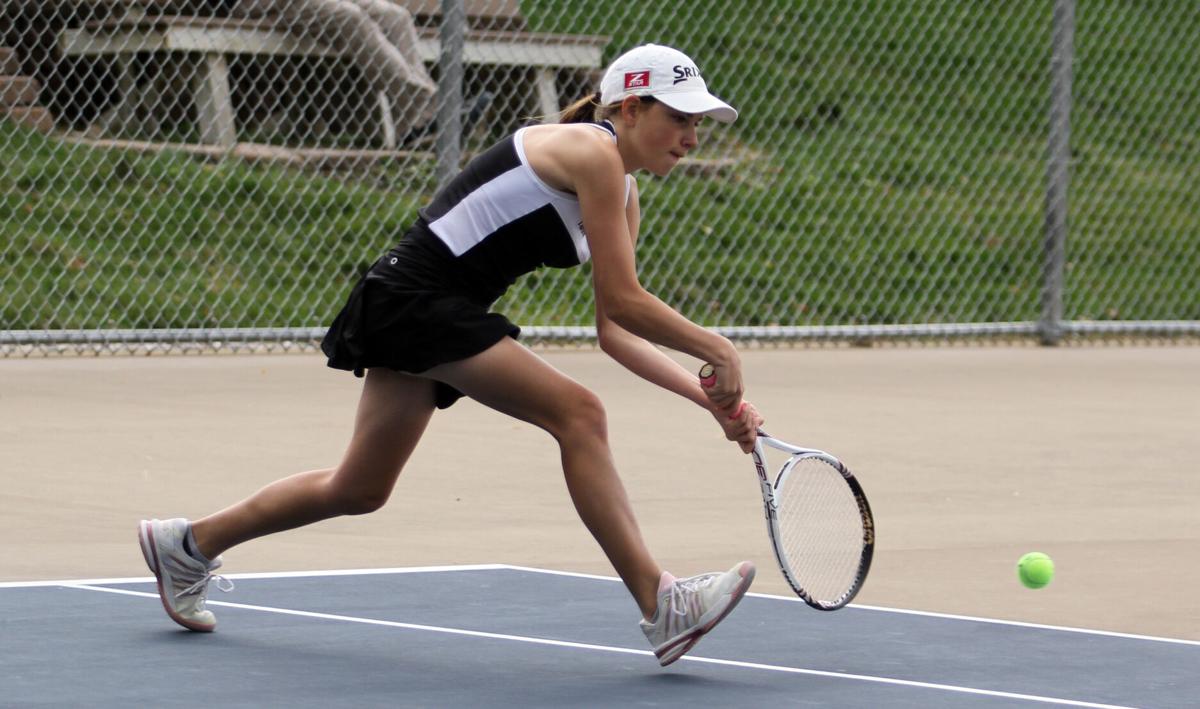 Leelanau Tennis' Connor Young reaches up for a shot in districts Wednesday.

One familiar face from northern Michigan brings some normalcy.

Traverse City St. Francis earned its 13th straight trip to the Division 4 state finals with a victory in Wednesday’s districts.

“It’s never a given that a team goes to states, even us being the strong favorite,” Fosgard said. “We can’t take it for granted. Glen Lake played well. But our guys came out with a lot of energy and played some tough tennis at home.”

The opening playoff round is officially called districts this year, and there technically are no regionals. The pandemic forced the MHSAA to reduce bunching as many teams together, and the answer turned into more districts instead of fewer regionals.

St. Francis, which won the previous 12 regionals, breezed past Grant 8-0 in Wednesday’s opening round. Leelanau Tennis did likewise, beating Harbor Springs 7-1 to set up a matchup between two top-10 teams.

The Gladiators entered the postseason ranked No. 2 in Division 4 and Leelanau tied for No. 9, with St. Francis taking an 8-0 decision in the title match.

“If we would have gone up against any other team in our region, we’d have beaten them,” Leelanau head coach David Grams said. “I’m confident in that.”

“My serve felt really good, placing it right where I needed it to,” said Schmude, a senior with over 120 career victories. “Pulled out the first set 6-3, which was a nice nice comfortable lead, and then pulling out the next set 6-1. I felt like I was pretty much in control the entire match, which was good. It was fun to play against because he’s a good player and it feels nice to get a win against him.

“Feels good to end as a champion here on the home court.”

Only two losses to Division 4 opponents make Schmude a prime candidate for selection into the final eight, which play Oct. 22-24 in Portland to determine the individual state champ.

A separate singles championship is slated for Oct. 22-24, with Division 4 in Portland. Eight of the state’s top No. 1 singles players get selected by a panel of coaches for the right to play in the tournament.

With a 28-9 record this season, Schmude expects to be one of those eight, something head coach Dane Fosgard echoes.

“He’s had an amazing season at No. 1 singles, and I’ve been just very impressed with him,” Fosgard said. “He’s got a very determined attitude on the court. I’ve been proud of him this year having such a winning record at the toughest spot. He’s got no easy matches. They’re all tough for him and he’s pulled out a lot of wins this season. He’s a very mature player, and his match experience shows.”

Sixteen teams qualify for the state finals this year, one from each district.

For the first time, the finals are a team format where squad face off in all eight flights, instead of the seeded tournament within each flight conducted in normal years.

Four teams head to each of four different sites in Kalamazoo Oct. 15-16 for the Division 4 team finals. Doubles play first at each location, with the singles matches after.

“There’s a little more pressure on those singles players with everybody watching the last matches,” Fosgard said. “It’s an exciting new format.”

Schmude said the new system could benefit the Gladiators, who have been regulars in recent seasons at placing in the top five in the state, but haven’t broken through with a championship yet.

“I think as a team we’re really solid,” Schmude said. “I think it favors us and we’ll do very well and go very far. All our team is pretty well-rounded and solid, whereas some teams may have some solid fights and some not as good flights. I think we can really take advantage of that and move really far. So I think we have a really good shot at winning it this year, and hopefully we come away with it.”

Leelanau took seven of eight matches in its semifinal against Harbor Springs, in its second year back after dropping the program for four seasons.

“It’s just a bittersweet moment here, ending at regionals with eight seniors that are going to move on to greener pastures,” Grams said. “We spent our lives together here every day pretty much for the last couple of months. I’m sad to see it end.”

Leelanau had three football players — brothers Connor and Jackson Ciolek, as well as Ihme — who joined the team when it looked like football might not happen. They stuck around, doubling up on sports.

Inside the Game with CNHI Sports, Ep. 3

PETOSKEY — Traverse City Central tennis is back on top of the Big North Conference.

BOYNE CITY — Elk Rapids wiped away the only blemish on its Lake Michigan Conference slate with a 3-0 victory Wednesday evening over Boyne City.

BOYNE CITY — Elk Rapids wiped away the only blemish on its Lake Michigan Conference slate with a 3-0 victory Wednesday evening over Boyne City.

Only the Beginning: Mirabelli leads Sabres over No. 9-ranked Gladiators

GAYLORD — It’s not that long of a trip from laughingstock to getting the last laugh.