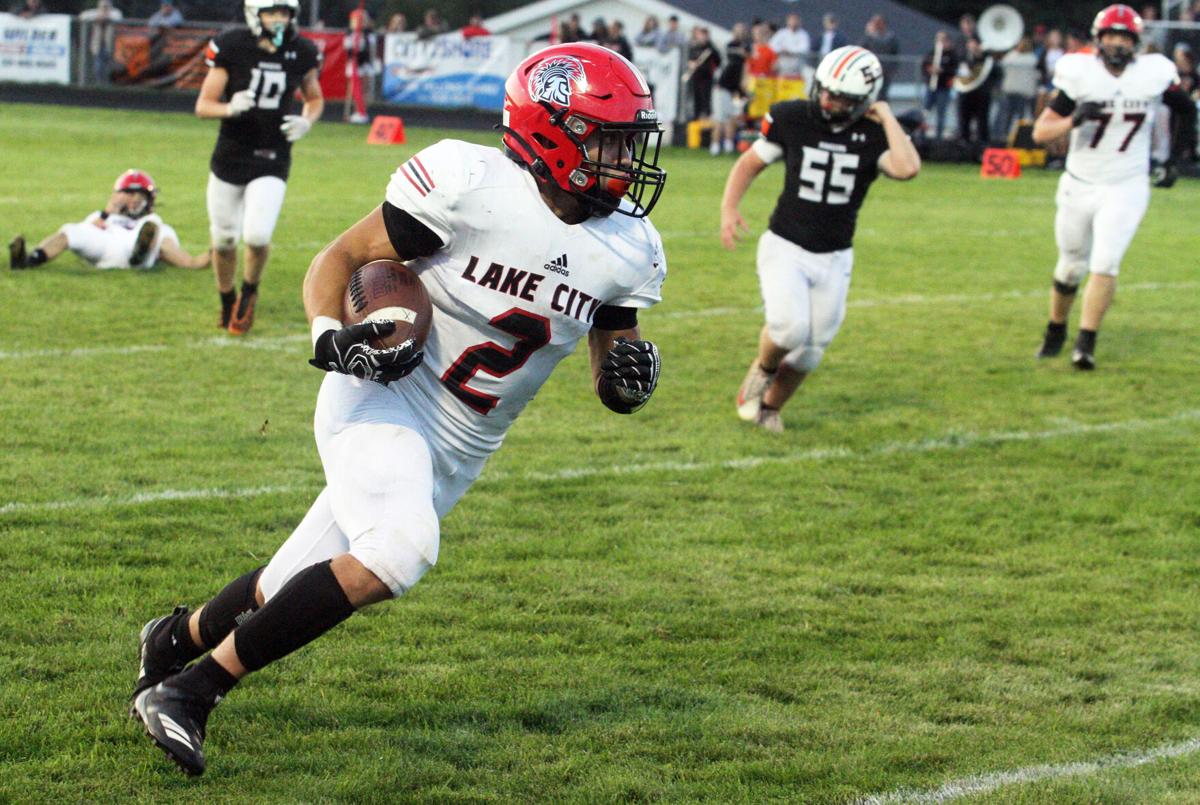 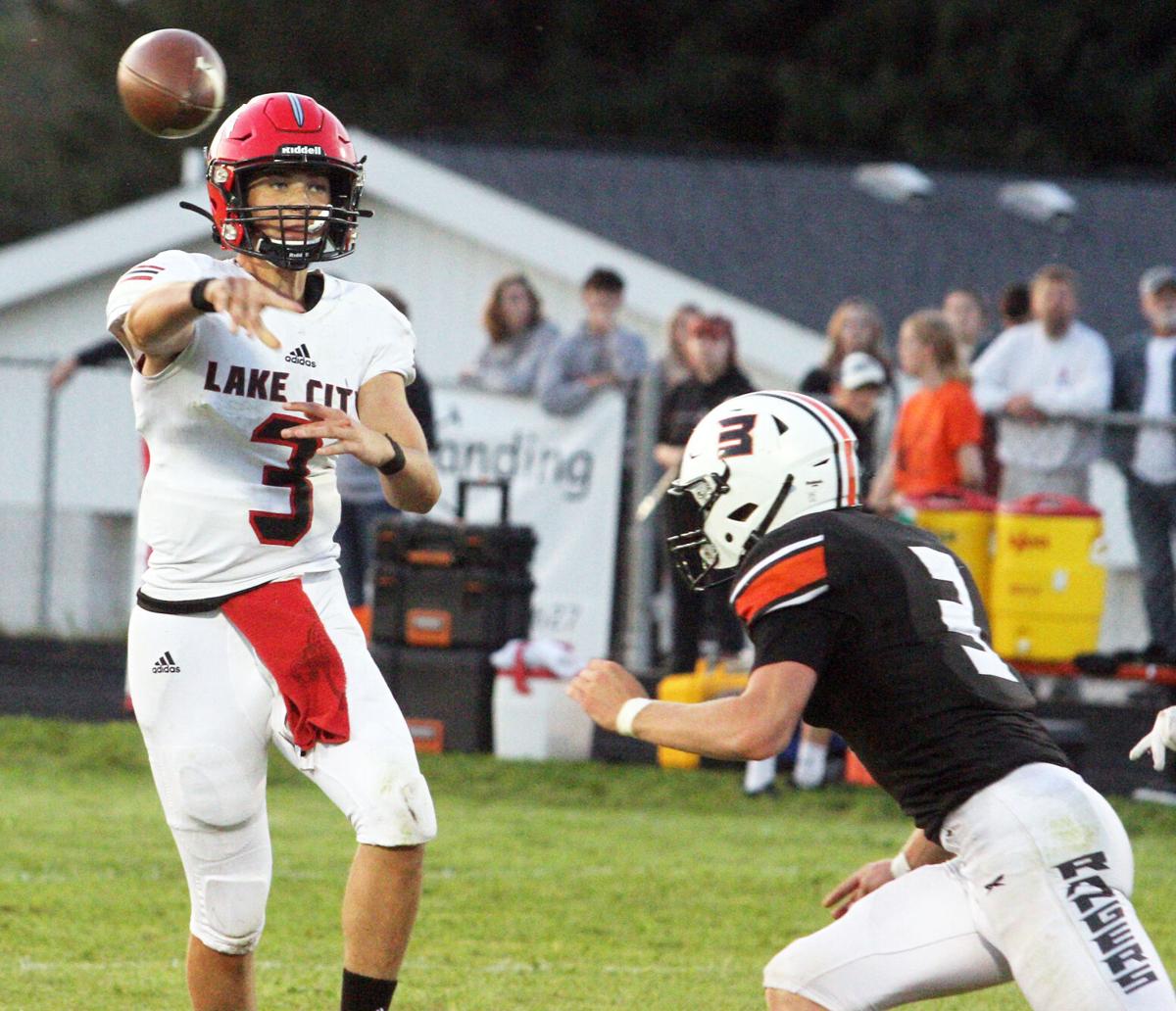 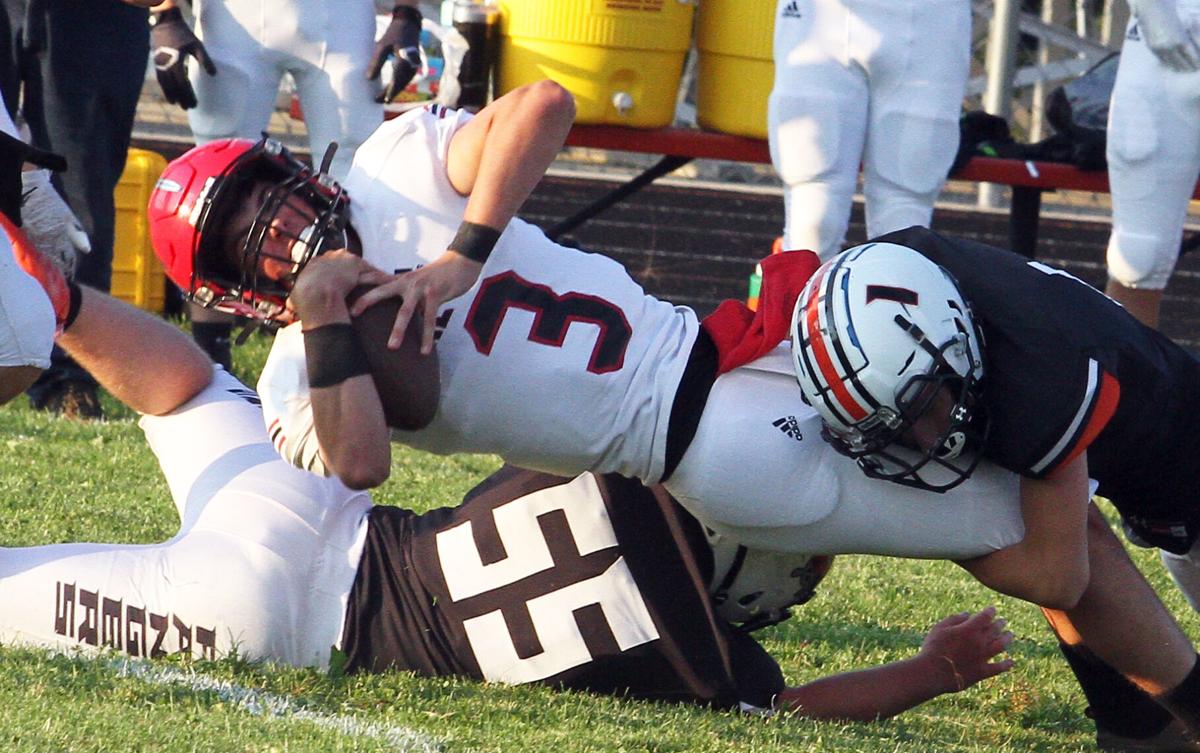 MANTON — Lake City is out to show last season’s blip isn’t the norm.

The Trojans used a strong defense and Dayne Blair’s hard running to earn a 24-0 Highland Conference win over previously undefeated Manton in a rare Thursday football game in week three.

“It’s pretty important, considering in the past we’ve been going to the semis or regionals,” said Blair, Lake City’s junior running back who scored all three of the game’s touchdowns. “Then last year was a dud, two-and-five. Not doing that again for a while. Everything’s up from there. Regionals, semis, whatever comes our way, we’re going to tackle it head on.”

The Trojans and Rangers both tackled the game a day early, as a lack of available referees forced the contest to be moved from its originally-scheduled Friday date. A crew mostly from the Big Rapids area worked the game.

“I think it threw everybody off a little bit being a Thursday game,” Manton head coach Eric Salani said. “Ref shortages are what they are at the moment. We just have to deal with whatever adversity hits us and tonight it hit us and we have to bounce back and come ready to go Monday.”

Blair, who has eight TDs in three games this season, said playing the game a day earlier than scheduled made it feel odd.

“It kind of felt like a JV game,” Blair said. “It’s a little different. I don’t really want to get up for school in the morning, but you have to do that.”

The 5-foot-10, 185-pound Blair placed fourth in the 100-meter dash at the Division 3 state finals and won the Highland Conference 100-meter title with a personal-best 11.08 last May at Manton’s track that rings the football field.

Blair scored TDs from 25, 11 and 9 yards out, as Lake City (3-0) led 8-0 at halftime. He tacked on two second-half scores while the Trojan defense managed to keep the Rangers off the scoreboard and give the team more wins already this season than all of last year.

“They executed great; all 11 rallied to the ball,” Lake City head coach Kyle Smith said. “We played a physical brand of ball like we’ve been preaching all year, and we were able to shut out a pretty talented offense. They do well do what they do well, and getting the shoutout is awesome.”

Lake City moves to 3-0 for the first time since back-to-back semifinal appearances in 2017 and 2018 both resulted in 12-1 campaigns.

The first quarter saw only two possessions, as Lake City started the game with a nine-play drive that stalled at the Manton 4-yard line. The Rangers went the other way for 11 plays before fumbling on the first play of the second quarter.

Blair ran 13 times for 99 yards and three scores, crediting his offensive line of Marco Shelton, Ethan Dulzo, Devin Nolan, Cooper Wilton and Rowland Ball for paving the way. Sam Baron threw for successful two-point conversions after each score, one to Brody Gothard and the final two to Darin Kunkel, who also had three other catches for 53 yards.

Christian Park led the Trojan defense with 10 tackles, while Eyn Noren adding eight and Gothard and Blair seven apiece. Park and Shelton each recorded a sack.

Baron completed 7-of-9 passes to four different receivers for 130 yards.

“I think our offensive line did a really good job,” Smith said. “They executed especially well in the second half. We didn’t have the ball more than 15 plays in the first half, so that was really difficult.”

“We got behind, and tried getting the passing game going a little bit,” Salani said. “We could not establish the line of scrimmage for the pass game. I think if we just ground and pound, we would have been just fine, controlling the clock and just doing our game.”

Smith said the Trojans focused this season on not having a recurrence of last year, which snapped a streak of three straight winning seasons.

“The kids are obviously a lot more hungry now to continue to improve each and every week,” Smith said. “They strive to try and get better every week and it shows. I’m happy with the direction we’re going. I think we have more wins in our future.”

These two teams combined for only three wins last season, but each came into the contest with a 2-0 mark.

The Traverse City Tritons won all but one event in a home swim dual Thursday evening with Gaylord at Easling Pool. (Plus more)

TRAVERSE CITY — It’s going to be a TC Patriot Game with both schools heading into it undefeated in conference play.