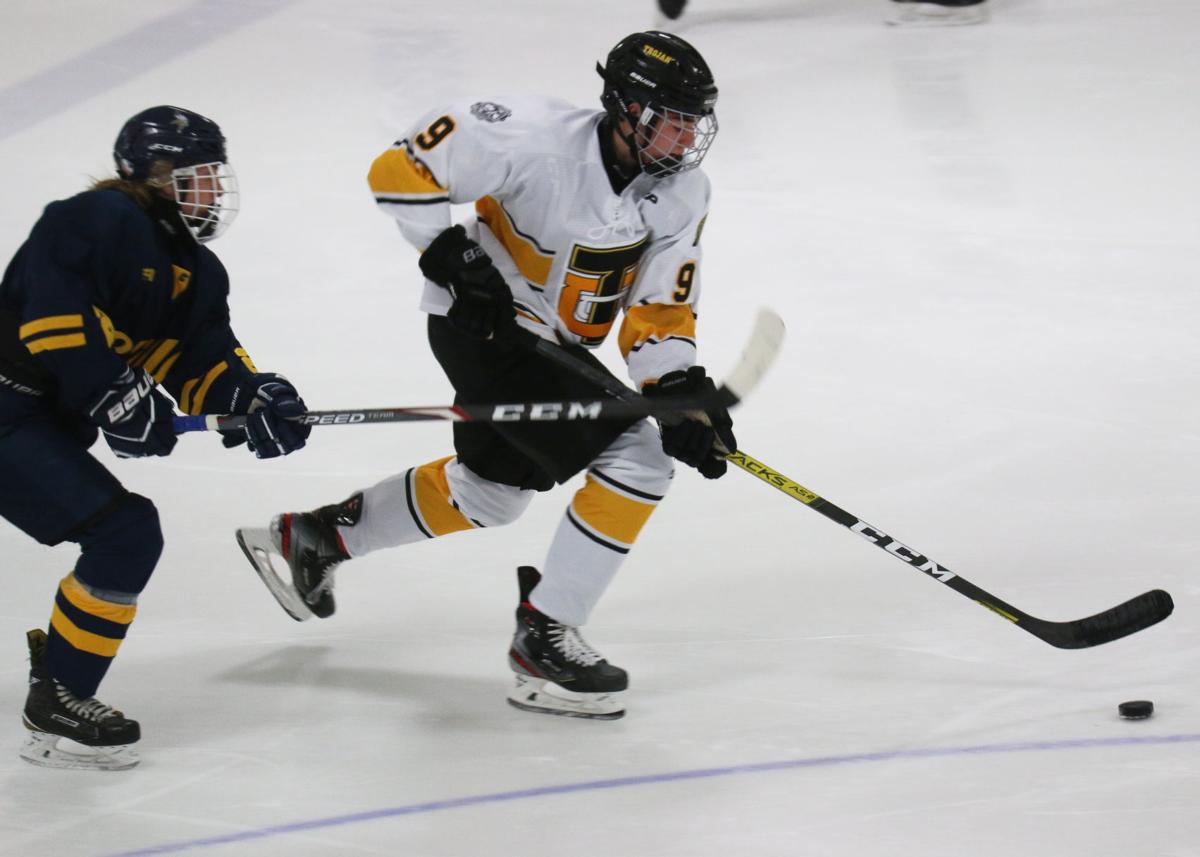 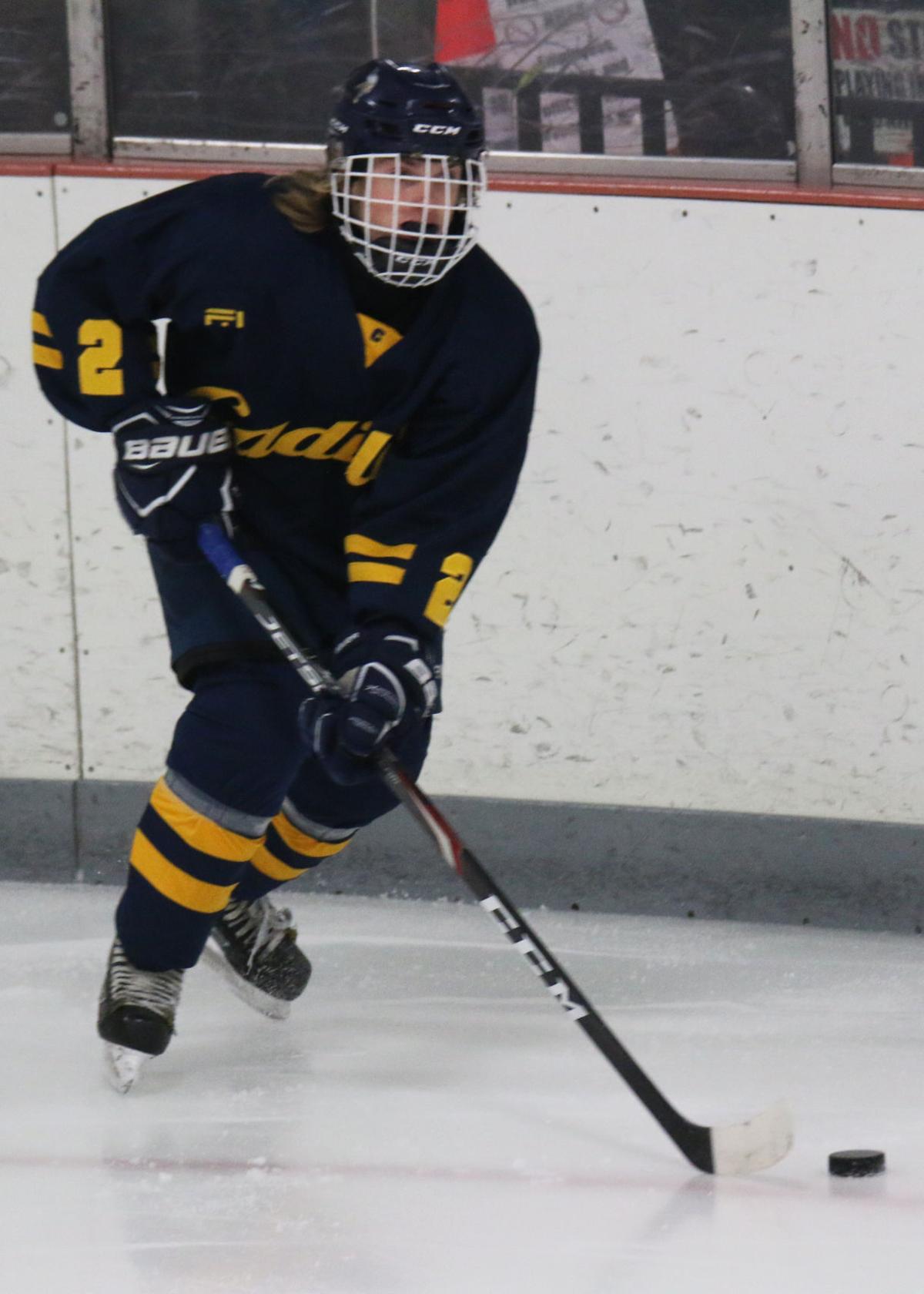 Cadillac’s Fisher Moore takes the puck out from behind the net during a Big North Conference match-up, Wednesday, January 8, at Howe Ice Arena.

Cadillac’s Fisher Moore takes the puck out from behind the net during a Big North Conference match-up, Wednesday, January 8, at Howe Ice Arena.

Kuhr scored the first, then the third, of nine goals for the Trojans in their 9-1 win over Cadillac, during Wednesday night’s Big North Conference match at Howe Ice Arena.

“He was moving tonight, he had a lot of hop in his step,” Givens said after the game. “He’s been working hard and creates a lot of opportunities for us, especially tonight just on his forecheck and keeping his stick in a good position, so it was good to see him get rewarded.”

With a third of the Vikings sidelined with illnesses, it was a tough matchup from the git-go for Cadillac. After a string of penalties for both teams, Kuhr opened the Trojan offense just under five minutes into the game off of a pass into the crease from freshman defender Owen Dawson.

Freshman forward Cameron Peters netted the second goal two-and-a-half minutes later, giving Owen Dawson his second assist, and the Trojans did not slow down from there. Four different Trojans scored over the course of four minutes in the first period with goals from Kuhr (7:47), James Bradfield (6:56), and Will Dawson (5:01).

“I think my line was really moving the puck well,” Kuhr said, wearing a yellow hardhat iceside after the game, which the team issues to who they deem to be their MVP of the night. “I think we were really getting to the net, making plays. I mean we were just burying right from there.”

Unable to maintain possession other than a few steals at center ice, Cadillac didn’t have a scoring opportunity until sophomore forward Fisher Moore took off breakaway with two minutes to go in the first, but he would have his shot saved. Chris Usiondek ended the period with an unassisted goal, and Central entered the second period with a 6-0 advantage.

Cadillac would open the second period on a power play thanks to an interference call issued to forward Chase Adams, but that only lasted 53 seconds. Cadillac’s Moore was booked for roughing to cause a 4-on-4 shortly before the Vikings found themselves a man down.

Bradfield scored his second for Central, then Moore got on the board for Cadillac. Despite a solid scoring chance from Camron Keehn, the Vikings were not able to tally more than five shots on goal the whole night. Charlie Douglass and Seth Lucas netted goals to push the game into a running clock, and the Trojans sealed the win a period early.

Central tallied 22 shots on goal in the second period and 38 on the game. Cadillac goalie Dylan Quartz made 29 saves.

“Overall I thought everyone battled and everyone played hard and stuck to what we were trying to to really focus on,” Cadillac coach Scott Graham said. “(Dylan) played very well. He was certainly thrown to the fire and put to the test. I think if you’re not seeing a lot of shots it’s difficult to be engaged in a game and when you’re facing a lot of shots, it’s a little easier to be engaged in the game.”