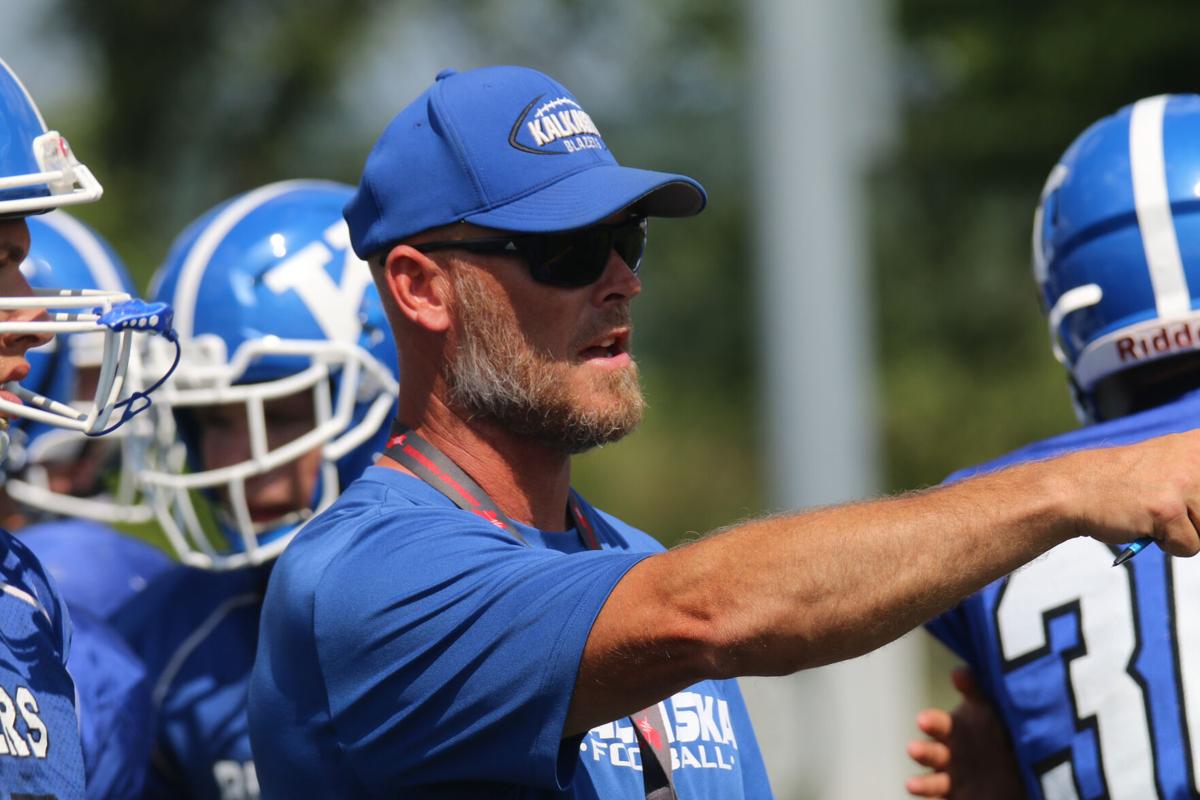 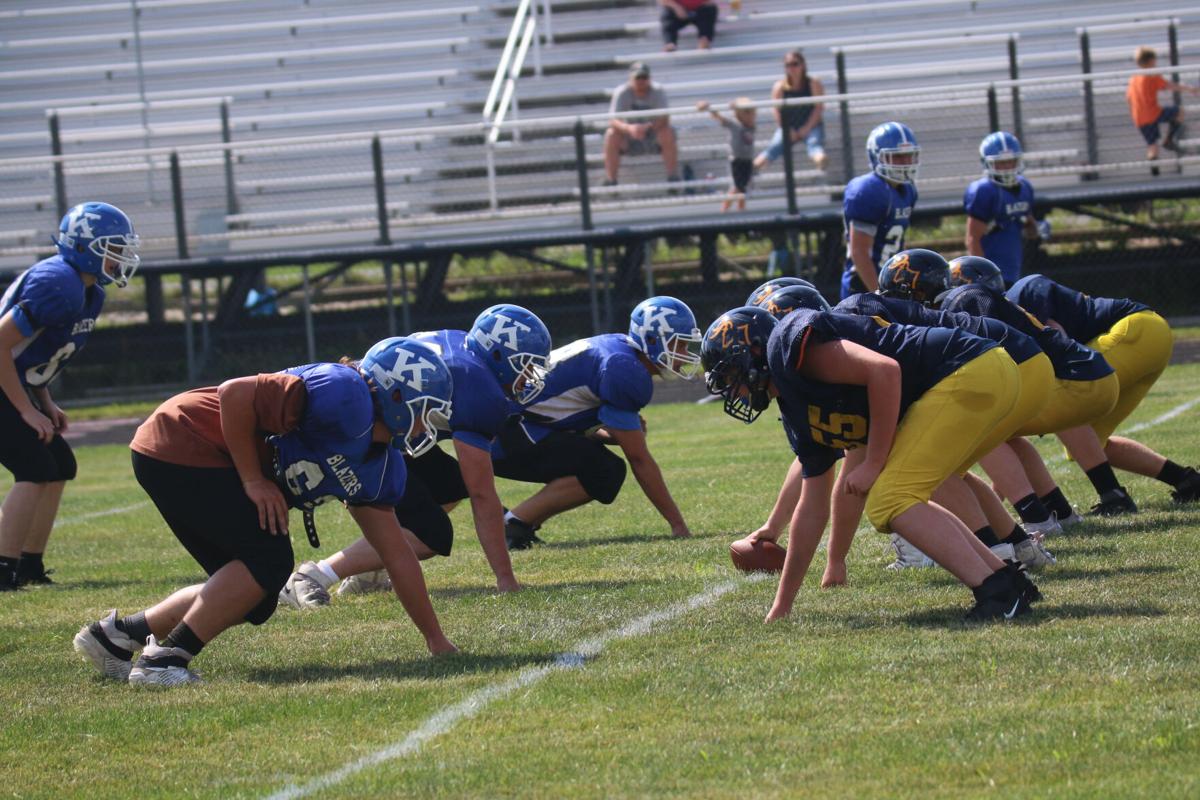 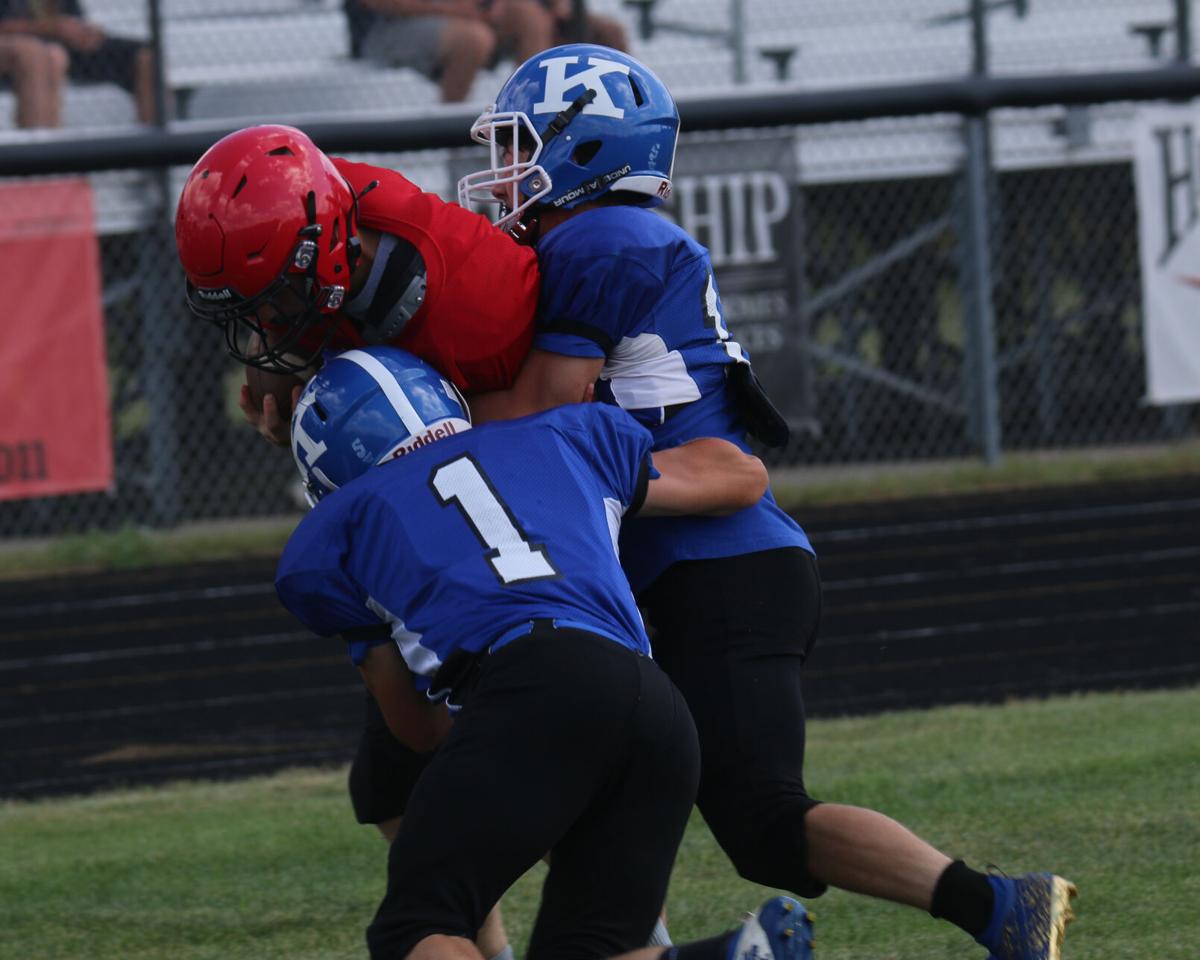 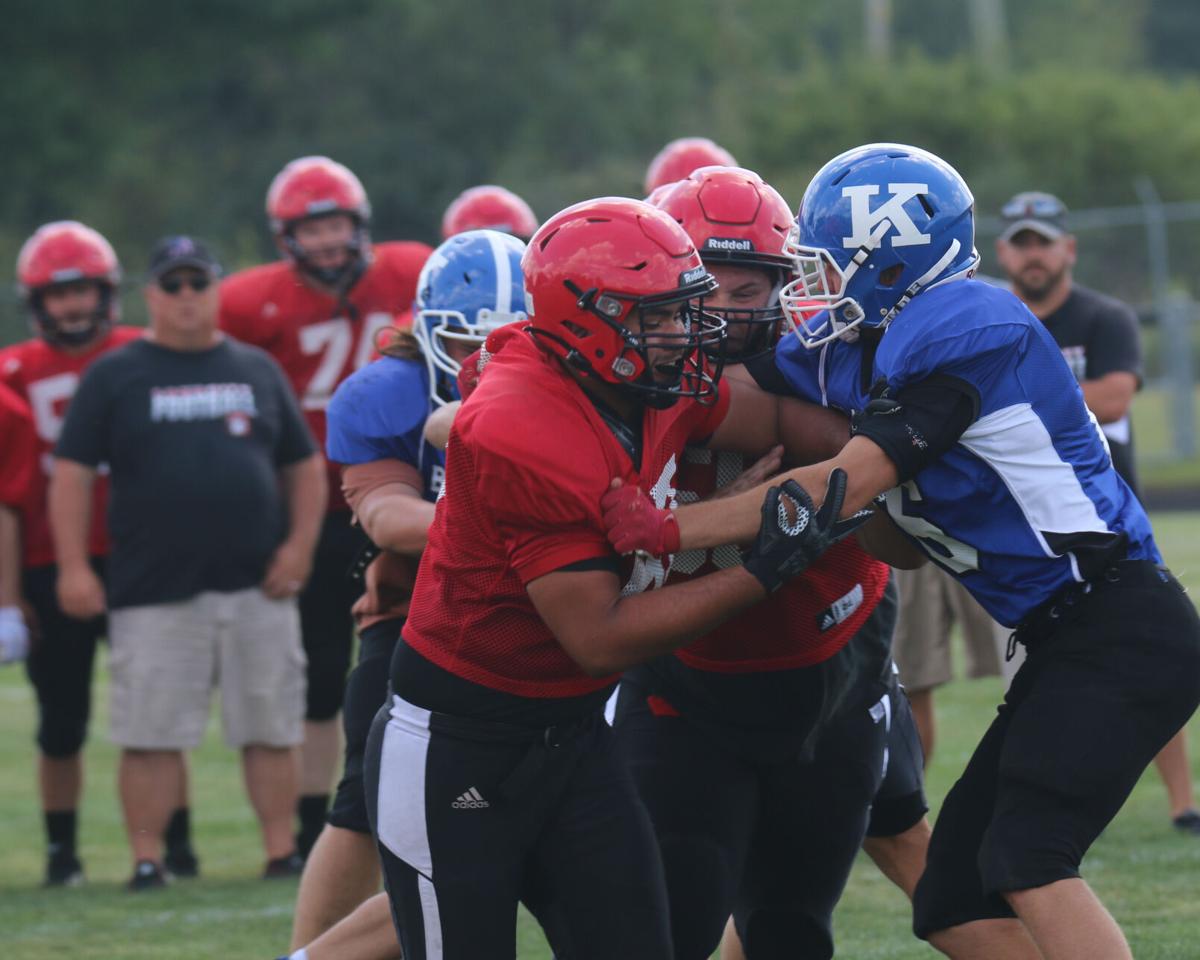 That’s the number of football games it’s been since the Blazers last won.

Kalkaska looks to snap that streak Friday as it hosts Elk Rapids for the first time of two meetings this fall. The Blazers and Elks last played to conclude the 2020 regular season, with the Elks winning 7-0, their first victory of the year.

Their season ended in the playoffs to Manistee. All teams qualified because of the COVID-19 pandemic.

“It seems like we’re wanting to play,” Kalkaska junior quarterback Landen Hart said. “We have the guys. We just have to start working as a team and keep pushing forward. We just want to win. That’s really it.”

“The good thing about having very few seniors last year is that we were predominately junior and sophomore,” Kalkaska head coach Jeremy Wilkinson said, who’s in his second year back with the program. “We’re more age appropriate this year than we were last year.”

In the first session at a scrimmage at Lake City, Wilkinson said Kalkaska looked good in its opening matchup with Lake City, but struggled as the day went on.

Wilkinson said most of the mistakes are fixable, and the struggles aren’t because the team has any size and speed disadvantages.

Kalkaska runs a spread offense and Wilkinson said he’ll look to throw the ball a bit more than usual this fall.

“The biggest thing is the culture,” Wilkinson said. “As soon as things start going back, you don’t want them to slip to the traditional culture when we are going to lose again. You’ve got to break that somehow.”

What can be the biggest thing that makes teams and programs successful?

TRAVERSE CITY — Will Gaston looks forward to playing in his first TC Patriot Game this fall.

TRAVERSE CITY — Imagine what a game of basketball would be like if players had to call their own fouls and keep score.

Traverse City has seen a runner like Hunter Jones before; His name was Ryan Shay

CENTRAL LAKE — Asa Kelly entered his Benzie Central cross country team in the Central Lake Invitational in September of 2019 for one reason.