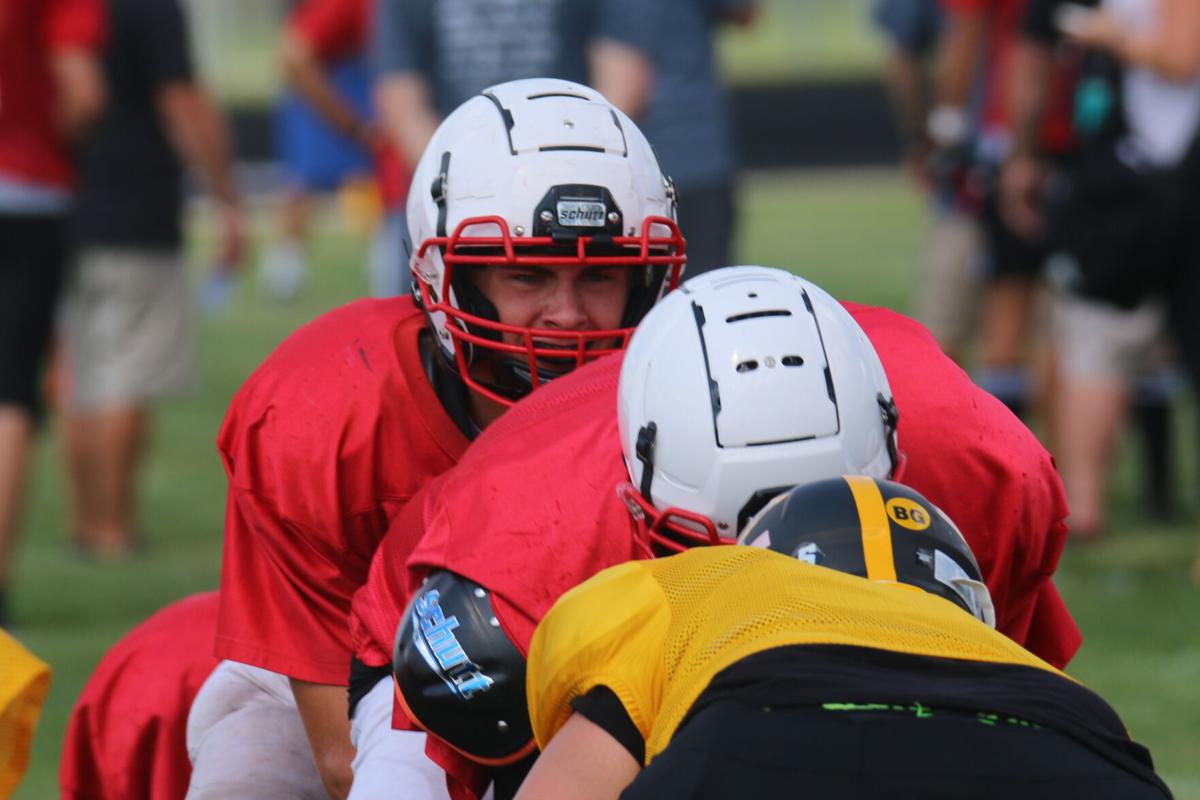 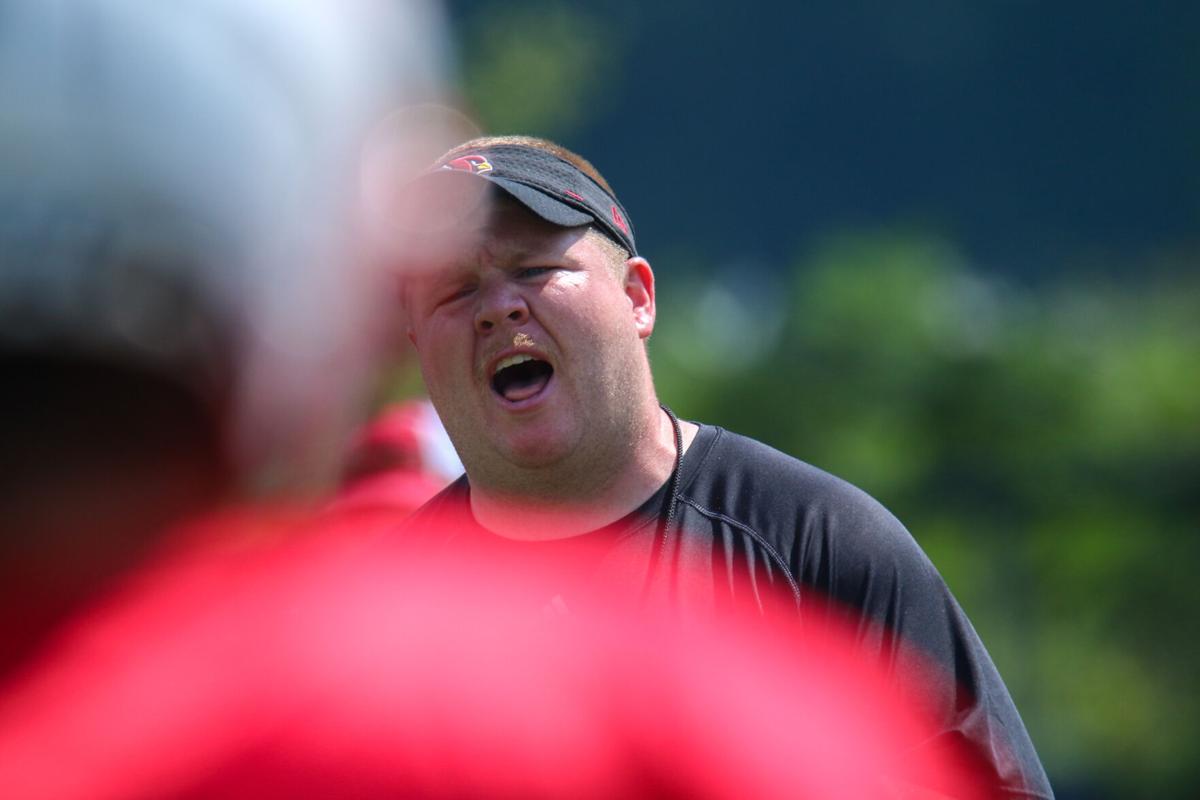 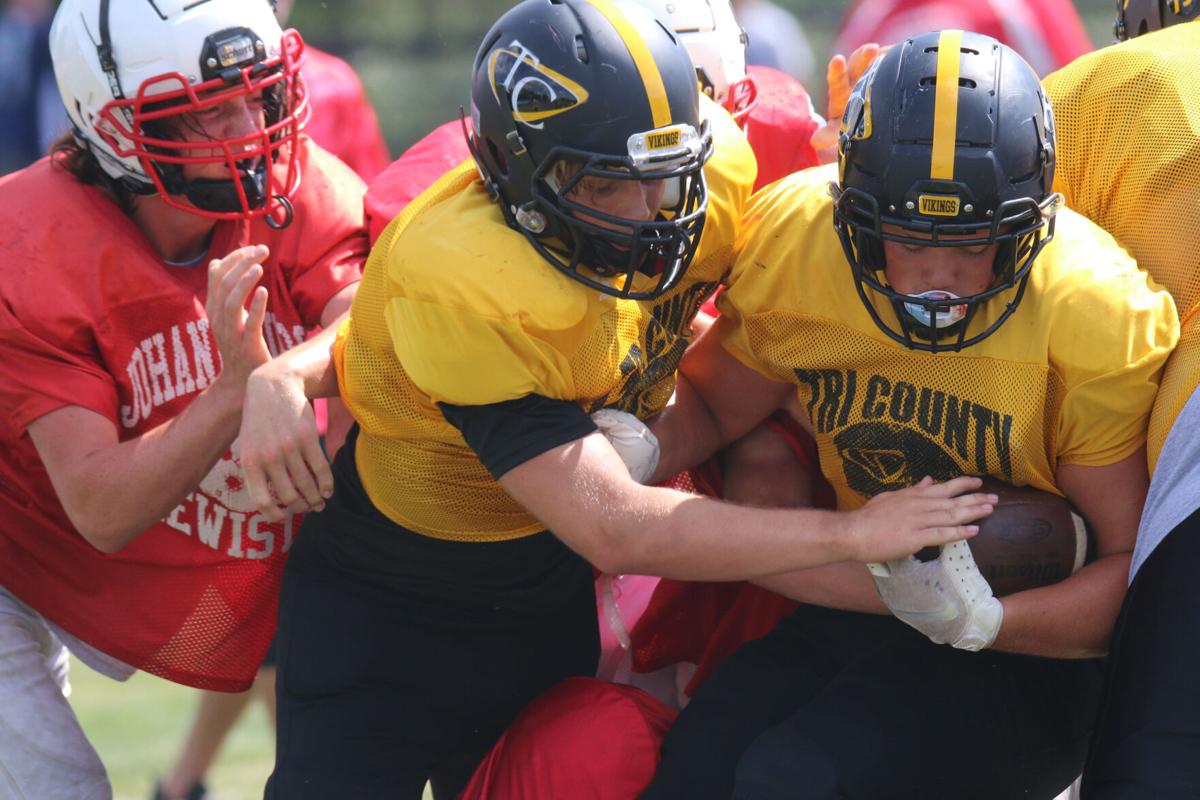 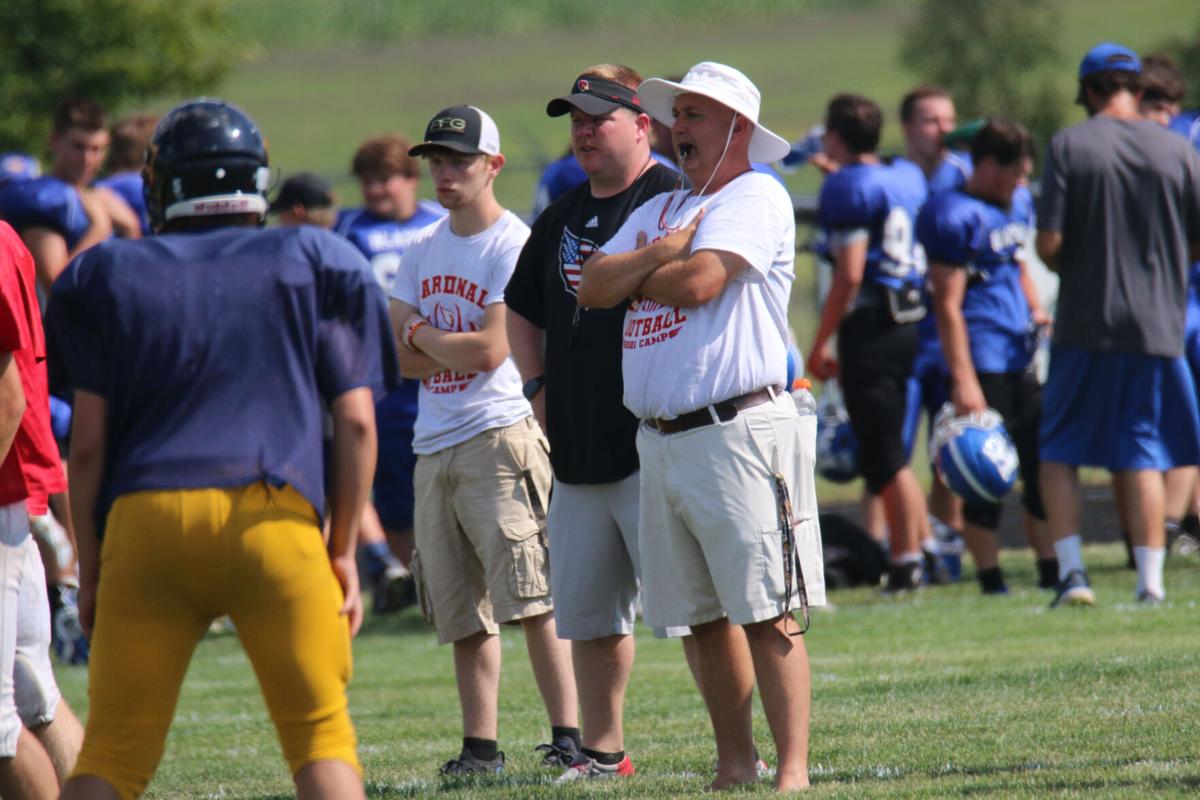 JOHANNESBURG — Johannesburg-Lewiston football coach Joe Smokevitch didn’t try to hide the fact that the Cardinals are low in numbers.

That may mean repeating a 2020 Division 8 semifinal run after an undefeated regular season seems unlikely, but it doesn’t mean another Northern Michigan Football Conference Legacy Division championship is off the table.

Joburg hasn’t lost a regular-season game since Aug. 24, 2018 against Manton.

“I don’t want to say it’s a rebuilding year, because I still think we have a real good shot a winning the division,” Smokevitch said.

Fifteen seniors along with nine starters on both sides of the ball graduated from that team. This year’s Cardinals feature a brand new offensive line with two returning starters — quarterback/safety Preston Marlatt and halfback/linebacker Logan May. They will look to help replace an all-state duo of Sheldon Huff and Tommy Runyan.

“It’s been a huge transition,” said Marlatt, who’s played quarterback since fifth grade. “We’ve got guys in basically all new spots, so we’re all learning and trying to come together as a team. We’ve got a lot to learn.”

Low turnout trends around the region extend into the Cardinals program, too. Only five of 14 players on the Cardinals varsity team are lineman. Two starting linemen this fall are sophomores.

Last week Smokevitch had to convert a 140-pound running back to a lineman and teach his backup quarterback how to play all the running back roles.

“You look at us this year, we’re pretty small, but we’re fast and aggressive offensively and defensively,” Smokevitch said. “I think our offense suits us well. We’re a run-first team and always have been.”

Joburg opens the year Thursday at 7 p.m. at East Jordan. Frankfort is the only school on the Cardinals’ schedule smaller than them.

The Ski Valley Conference championship returns this year for eight-player football. Joburg and Mancelona are the only two SVC schools that still play 11-player football.

CADILLAC — Leland and Cadillac soccer played to a 2-2 draw Wednesday.

Battle at the Big House; Kingsley at McBain; Houghton Lake at Glen Lake. (Plus more)