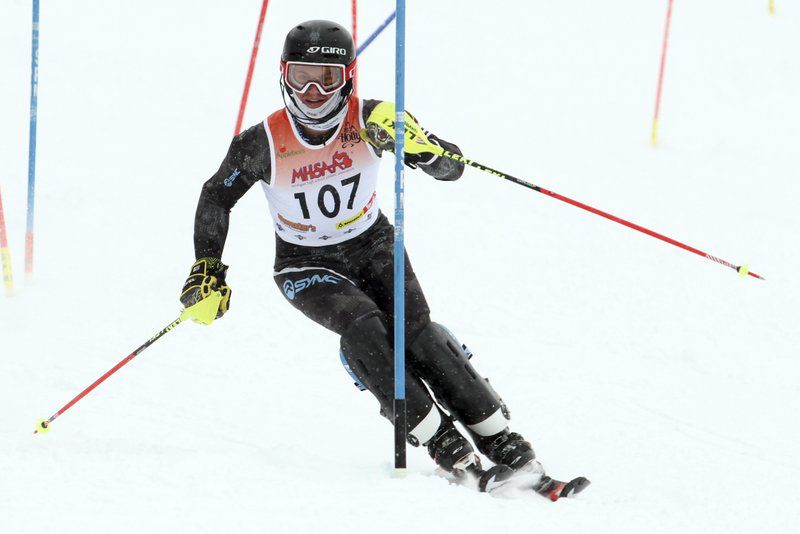 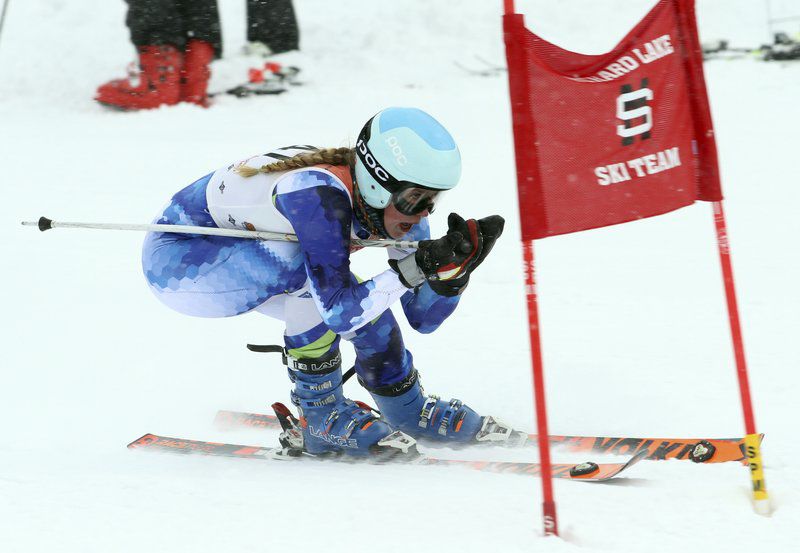 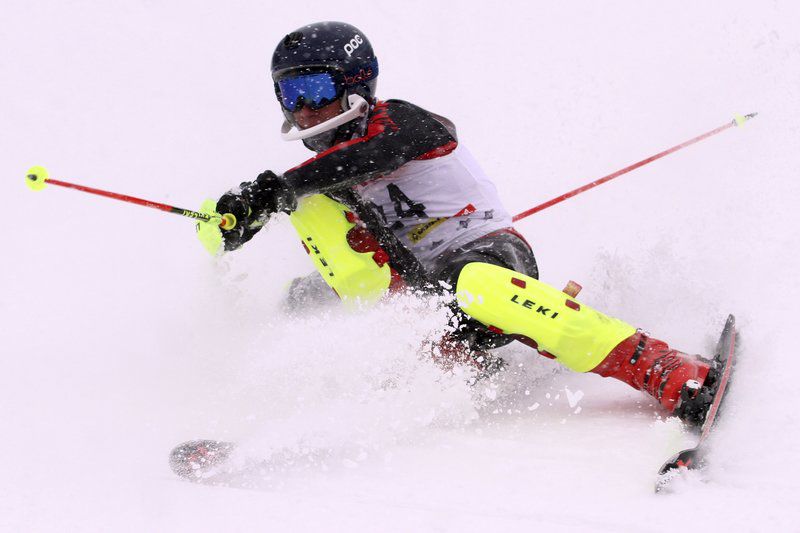 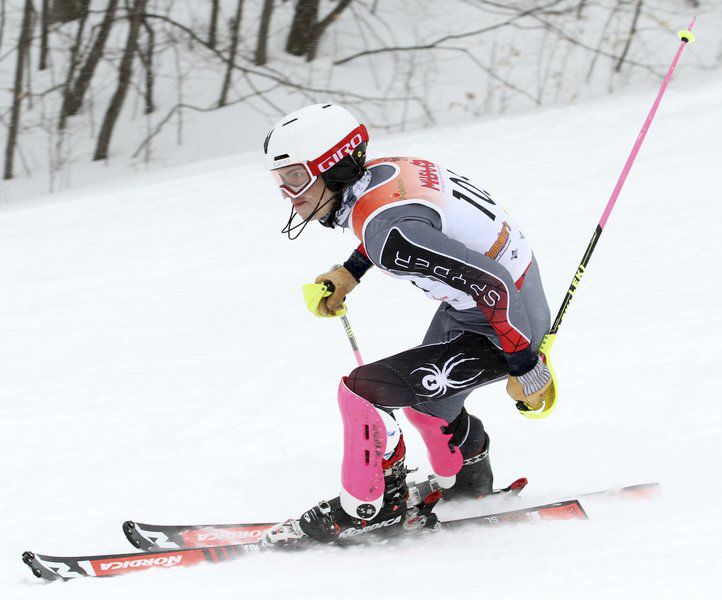 BOYNE FALLS — If you wanted to be a 2019 Division 2 state skiing champion, you had to go to Bloomfield Hills Marian's prom last spring.

The two standout skiers and longtime platonic friends attended Marian's prom together, with Husband driving 233 miles and taking his first solo trip on an interstate to attend.

"It's quite ironic we went to a dance together," Weymouth said.

The two were already state champions last year at the prom, with Weymouth taking the 2018 Division 1 giant slalom title and Husband claiming the Division 2 slalom.

GNA not only broke Petoskey's streak of eight straight state championships, but did it convincingly to win the program's first state crown.

"I think the only reason she invited me was because I won one of the titles," Husband said. "She's a super awesome skier."

At the prom for the all-girls school, males had to go through a gauntlet of shaking hands with a nun, a police officer and the dean to make sure they hadn't been drinking. It was held at a church with a funeral in the building at the same time, so the music couldn't be played loud.

"Mom kind of freaked out," Husband said, "but she knew the Weymouths are good people."

What was loud and clear was the dethroning of Petoskey, which holds extra meaning to GNA coach Ben Ferris, who helped Traverse City Central to three of the eight championships in a row from 1988-95.

Only a Petoskey title in 1987 (with Traverse City as runner-up) prevented the Trojans from winning 11 consecutive crowns.

"Last year, I thought we had a super good shot," Ferris said. "Petoskey had a really strong team like we have this year — a lot of depth.

"It's not often you get all six boys to make all four runs clean. They did awesome in both events."

"I'm glad to be part of this disruption," Ferris said. "Three years runner-up — it's time for something different."

GNA led by 14 points after the morning's giant slalom runs. That lead more than doubled to 35 by the end.

Husband led a trio of GNA all-staters in each discipline, although that group was different in each, showing the team's depth.

"We were really skiing for the team today," Kerkhof said. "It was such a great day to take down the dynasty in Petoskey. It took everyone."

Husband posted the best time in all four of his runs, even though he thought his second GS run could cost him at the time. That run was over four seconds slower than his first run, but everyone who didn't fall or hike had a worse second-run time than their first.

"I seriously thought I had screwed up and lost," Husband said. "I took a late line and scrubbed some speed in spots."

Not nearly enough, as he won by 0.61 seconds over Harbor Springs' Andrew Truman, who was also second to Husband in slalom by 1:01.

"Everyone, even the guys on the B team, helped make this happen," Husband said. "Everyone mood was lightened by this victory. Everyone did their job. Collectively, we're really pleased with what we did."

Kerkhof, in his third year on varsity, said finishing second to Petoskey for the last three years made GNA hungry to take down the Northmen.

"It's been a sucker punch," Kerkhof said. "We didn't get it done (the last two years). Our plan all year was to take Petoskey off its perch. We executed it to perfection."

Gaylord and Petoskey both had a pair of double all-staters, with the Northmen's Lauren Rothman placing sixth in GS and ninth in slalom and the Blue Devils' Reagan Olli third in GS and seventh in slalom. Charlevoix's Jenna Good took 10th to give area girls skiers five all-state honors.

Weymouth said the twin titles were "a dream come true," especially because the Division 2 field contained nine of the 12 skiers on Team Michigan from the Eastern National High School Championships. That includes Olli, who won last year's slalom title.