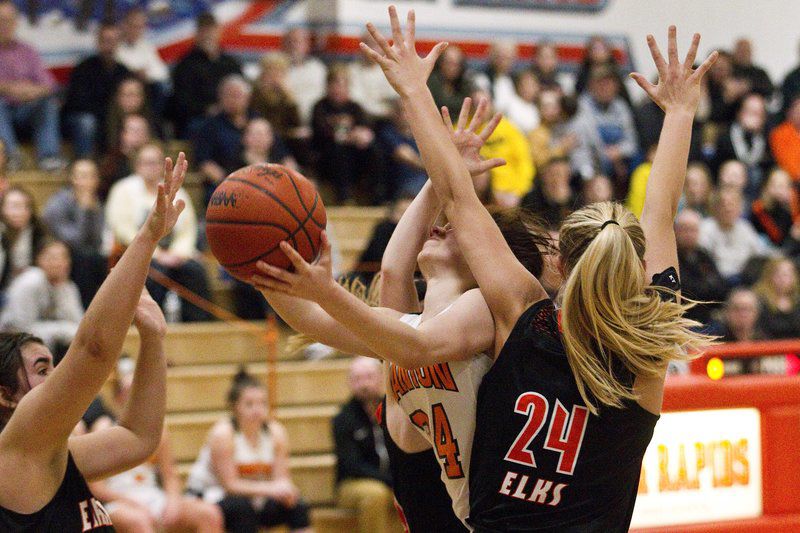 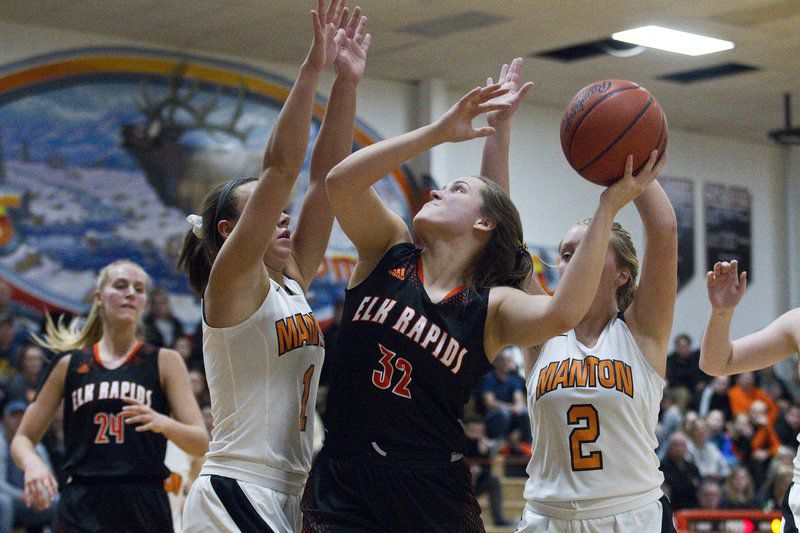 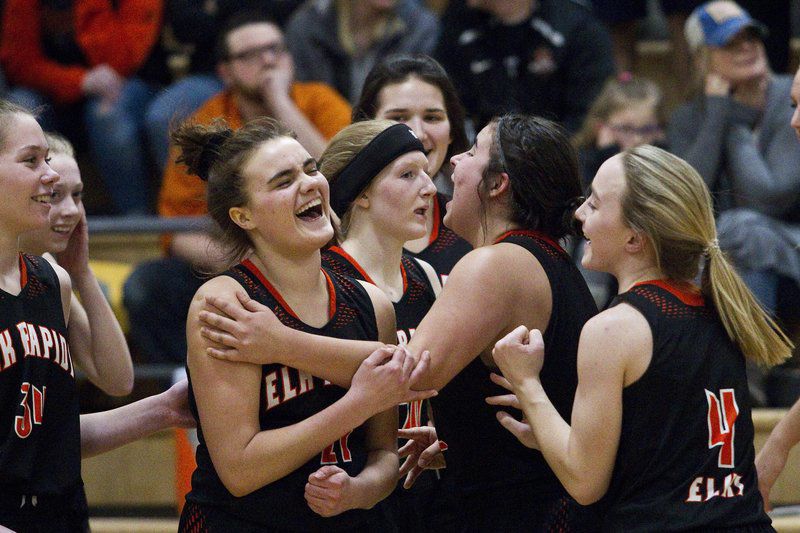 But Elk Rapids' Huber found the bottom of the basket to send Manton (17-4) packing in the Division 4 district semifinal at Elk Rapids on Wednesday.

"Coach drew up a play and I wasn't even supposed to get the inbound pass, but I got it," Huber said. "I wasn't supposed to shoot the three, it was supposed to be Becca (Marlof), but she was being heavily guarded. She passed it to me and when I shot it I don't even think I looked at the rim, it just went in. It was awesome."

Huber caught an inbound pass with 13.7 seconds left on the clock, passed it to a driving Monika Gregorski and received it back at the top of the three point line.

The air was sucked out of the Elks' gym for a split second as the ball hung in the air and the crowd exploded when Huber's 3-pointer hit the bottom of the bucket with only six seconds left.

The emotions ran so high after the shot that even Elks head coach Mike Brown had little idea what actually happened after the game.

"Was there time left on the clock? How much?" Brown asked. "You can tell my head is spinning right now."

Manton had a chance to bring the ball down the court, but Jaden Wilder was stuffed under the rim and the Elks came away with a 46-45 victory.

The bounces went the Rangers' way in the first quarter as they jumped out to an 8-0 lead and looked to have the Elks out of rhythm early but they fought back.

Elk Rapids tore off a 12-0 run that bridged the first and second quarters and held the Rangers scoreless for the first seven minutes of the second quarter. The saving grace for Manton was a buzzer-beating jump shot from Addison Letts that gave them a 20-19 halftime lead.

"We started off great in the first quarter and got some good momentum going but hit a huge funk in the second quarter," Rangers head coach JP Katona said. "I really feel that is where the momentum switched in their favor, and once they got it, we never got it back. We were able to mend it and battle back and take a couple point lead. I just felt that was the turning point. We played a bad seven-minute stretch."

Katona may have felt the switch, but the Rangers never stopped clawing back to threaten the Elks.

The Rangers held the lead in the third and traded 3-pointers with the Elks before they started to fall behind. But even when they were down, they were not out.

Wilder continued to drive the lane and get fouled, making seven free throws in the fourth quarter alone, and kept the score within three points. Due to her aggressiveness, Elks seniors Kendall Brown and Olivia Travis each fouled out with under a minute to play, forcing them to play a host of underclassmen. Fortunately for the Elks, they had been in a similar situation in the final game of the regular season against Charlevoix.

Wilder found a wide open Molly Lane on the fast break to give Manton a 44-43 lead and then hit a free throw to extend the lead to two with only 13.7 seconds left.

The rest is history.

"I was literally just sitting on the bench praying for something," senior Kendall Brown said of her thoughts after fouling out. "In Charlevoix it was the same thing, Olivia and I fouled out and it was a two-point game. We did not want to have a Charlevoix repeat, so I am so proud of Kenzie for really stepping up."

Shelby Scott led the Elks in scoring with 13 points, nine of which came from downtown. Seven other Elks scored, including Huber who finished with eight points.

Wilder and Abby Shepler each scored 12 points for Manton, including 10 of their 15 fourth-quarter points.

"I told the girls in the locker room not to put their heads down because I felt they gave it their all," Katona said. "We were battle tested and came back and took the lead. In the game of basketball sometimes the other team gets the better bounces."

The Elks (16-5) move on to face Traverse City St. Francis (11-9) in the district final on Friday. The Elks are in search of their first district title in six years.