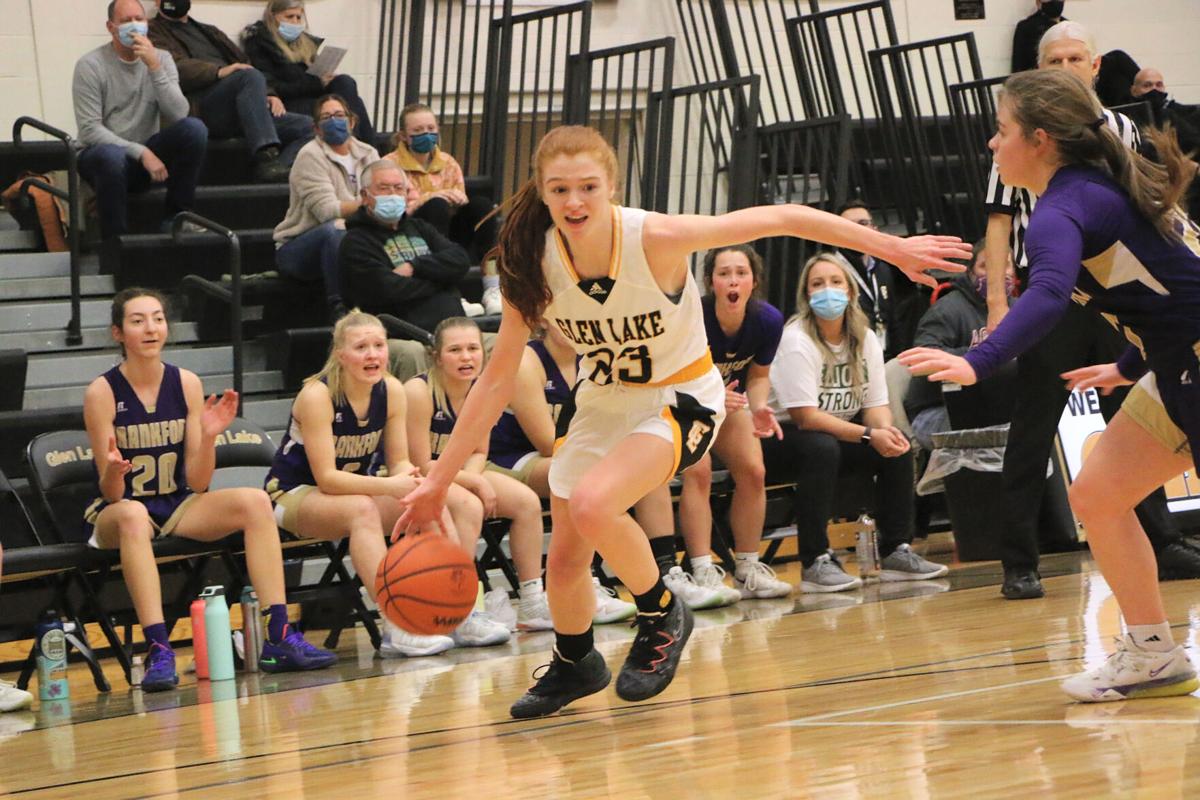 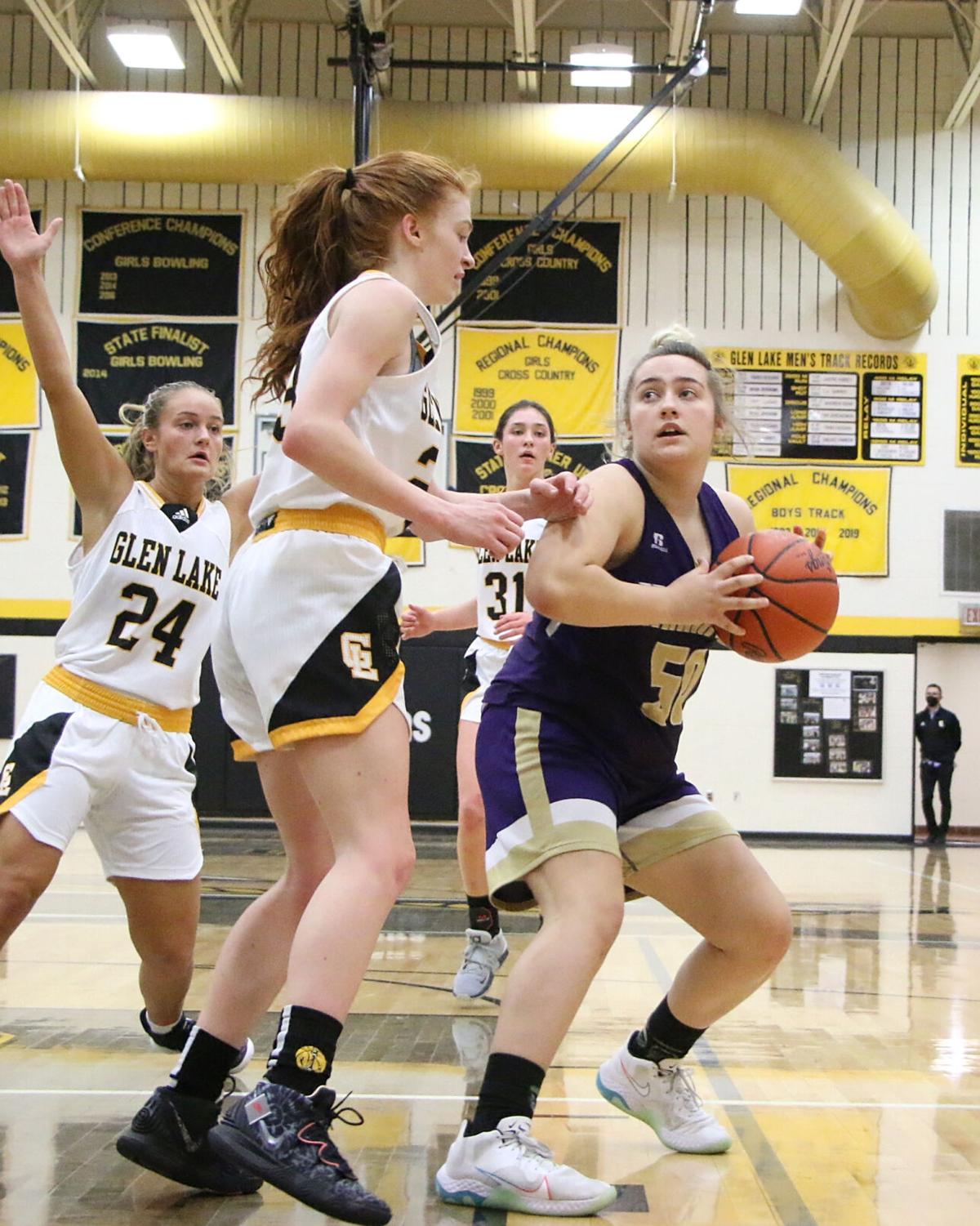 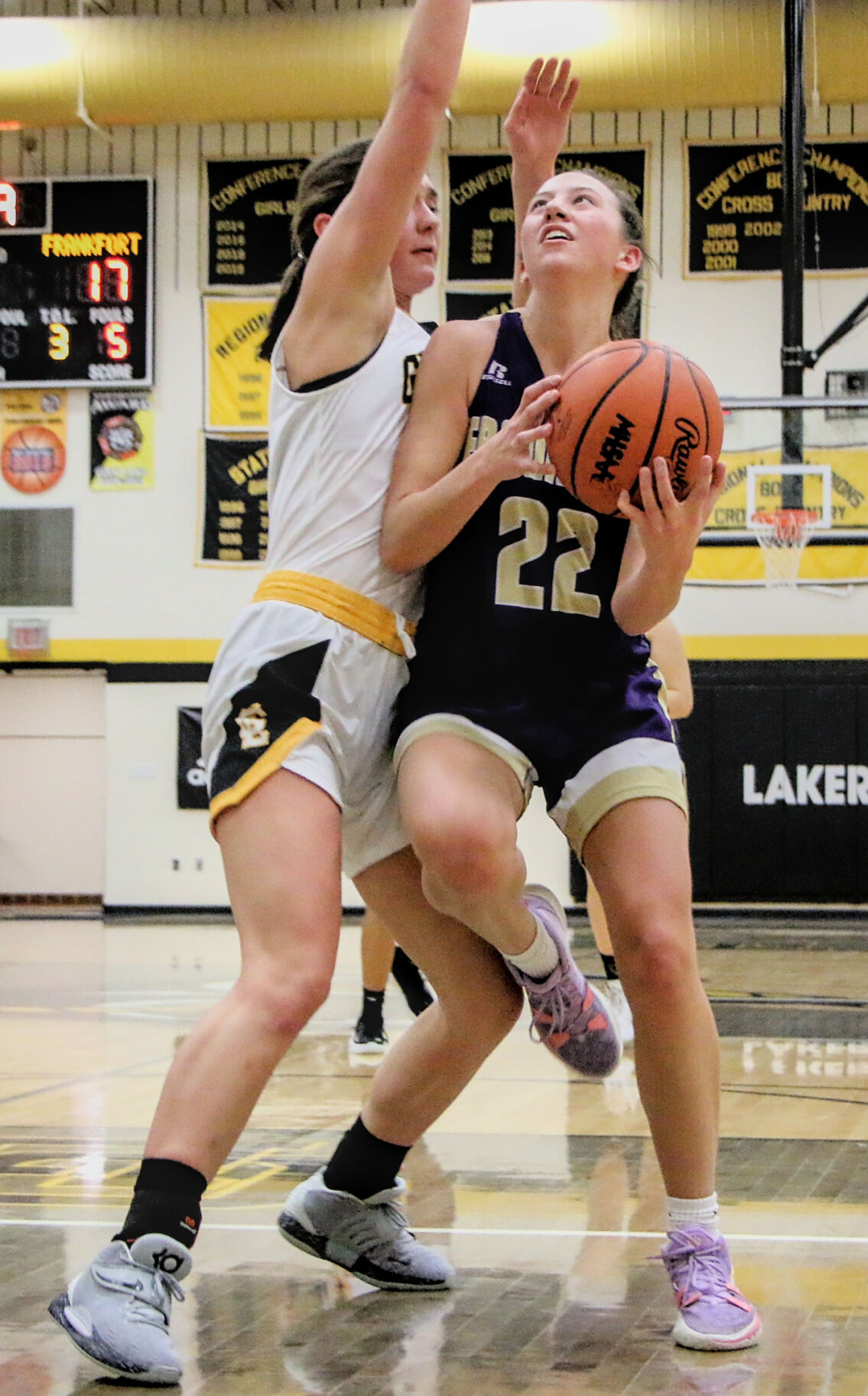 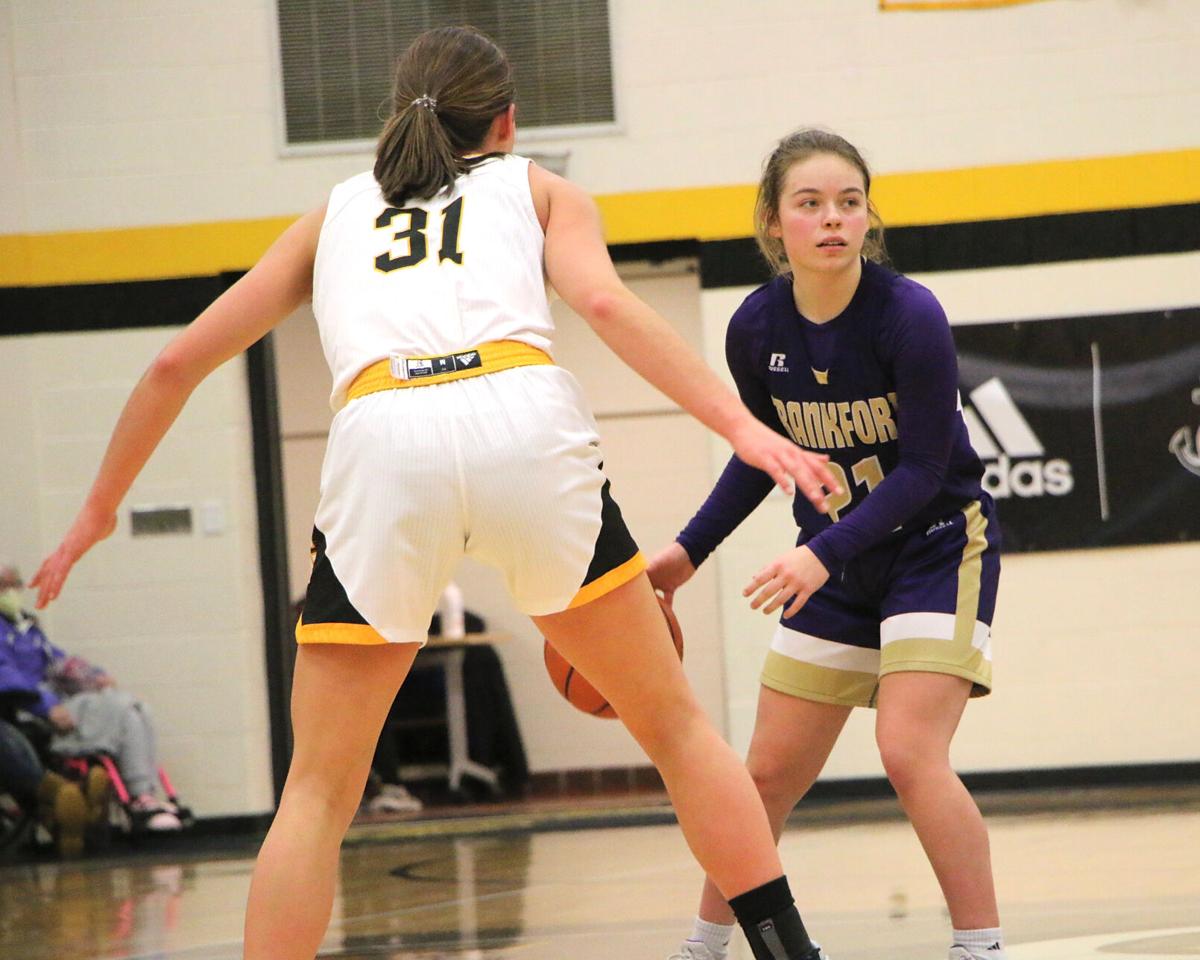 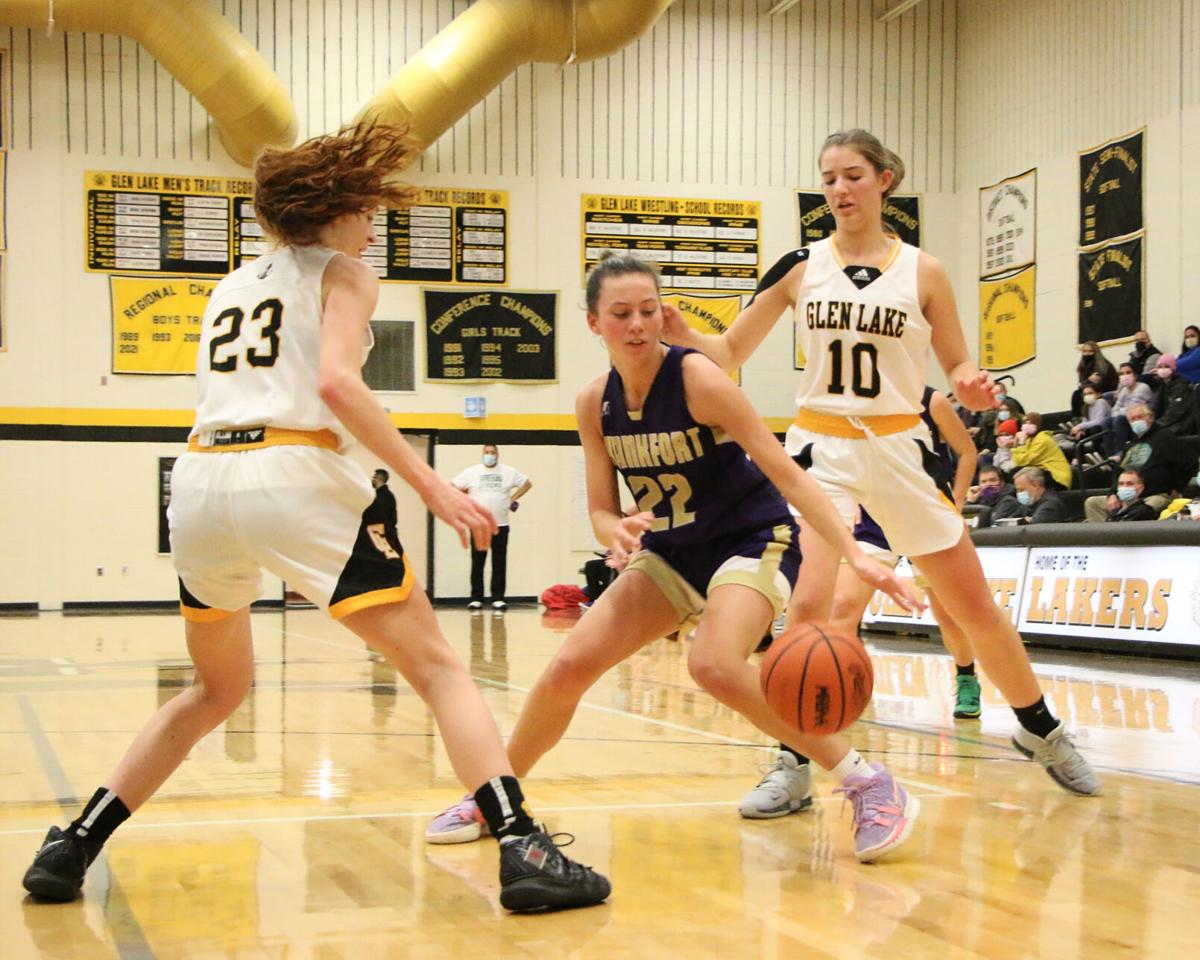 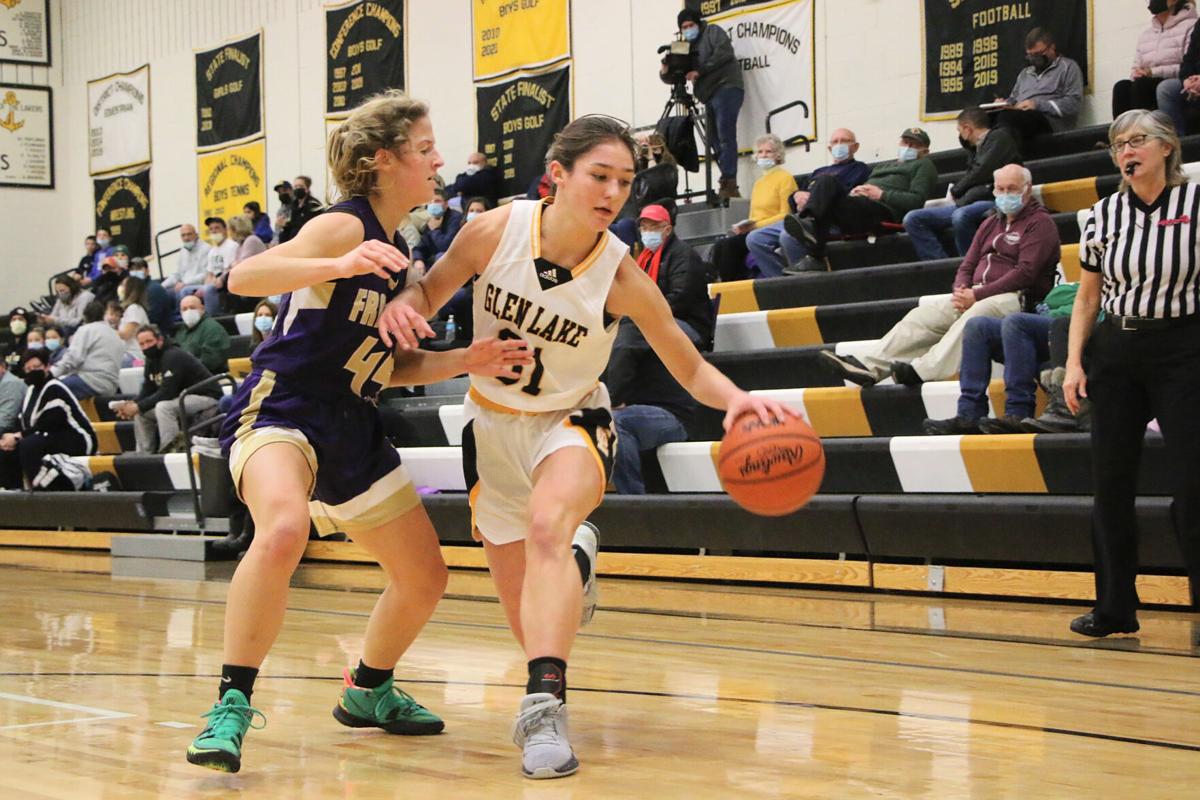 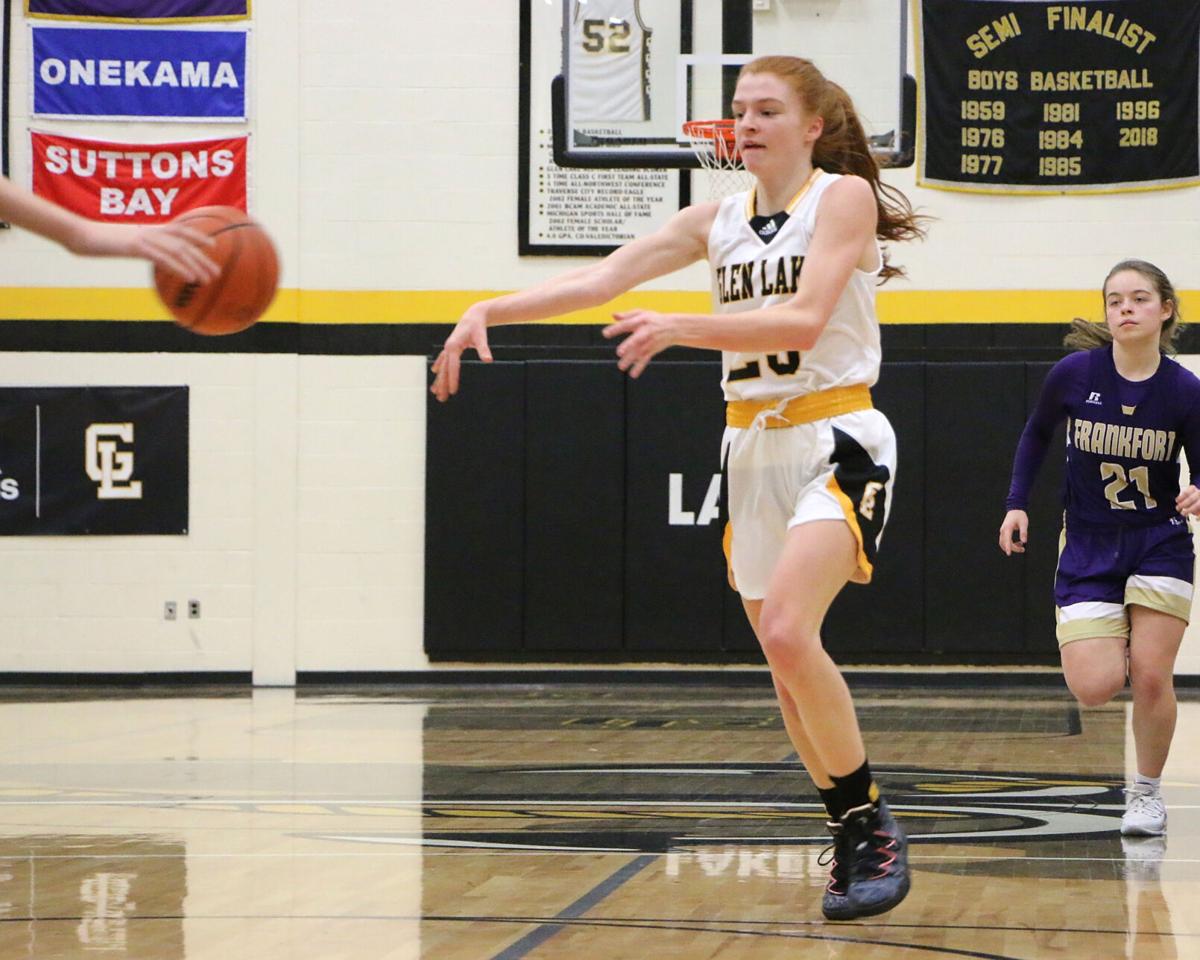 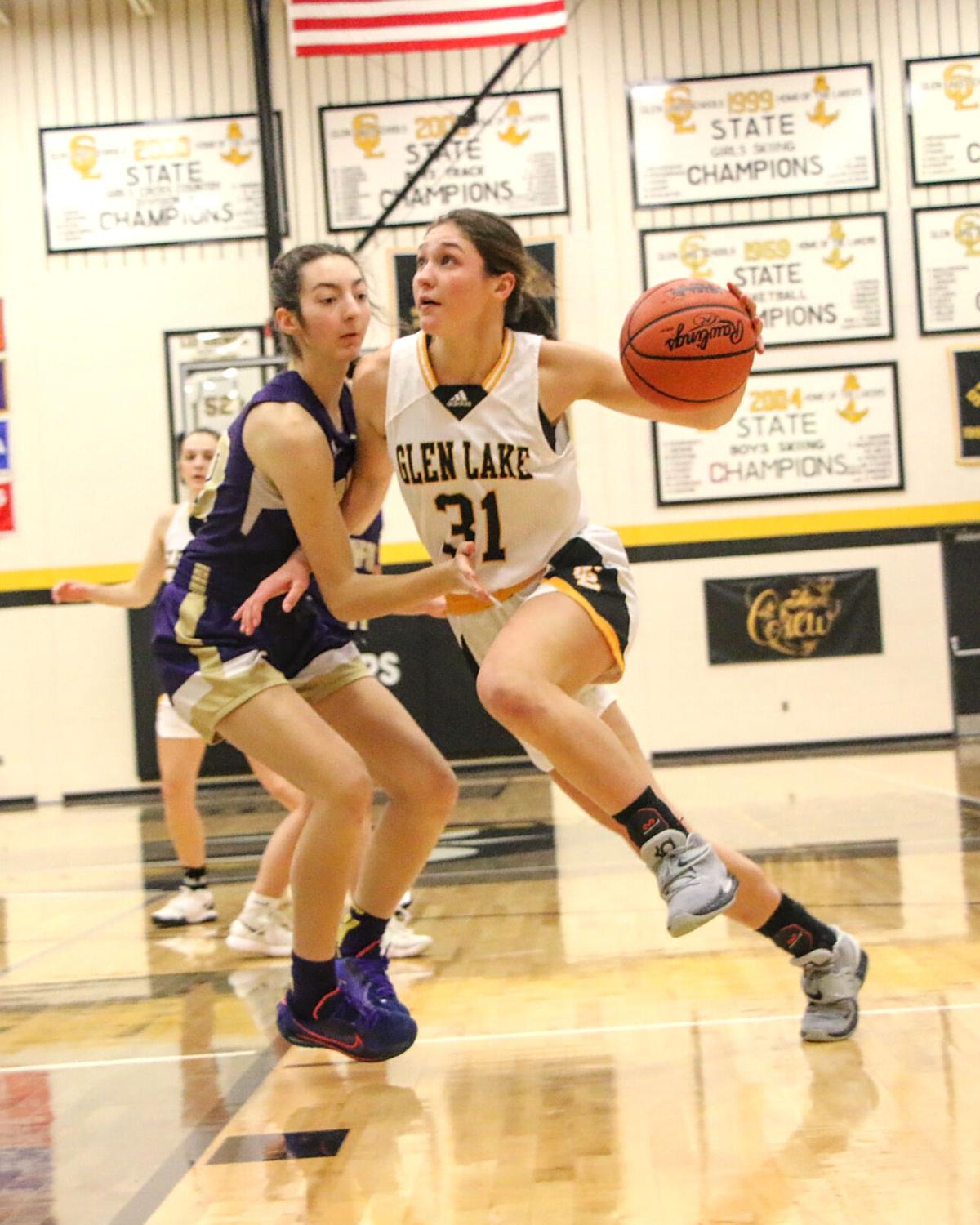 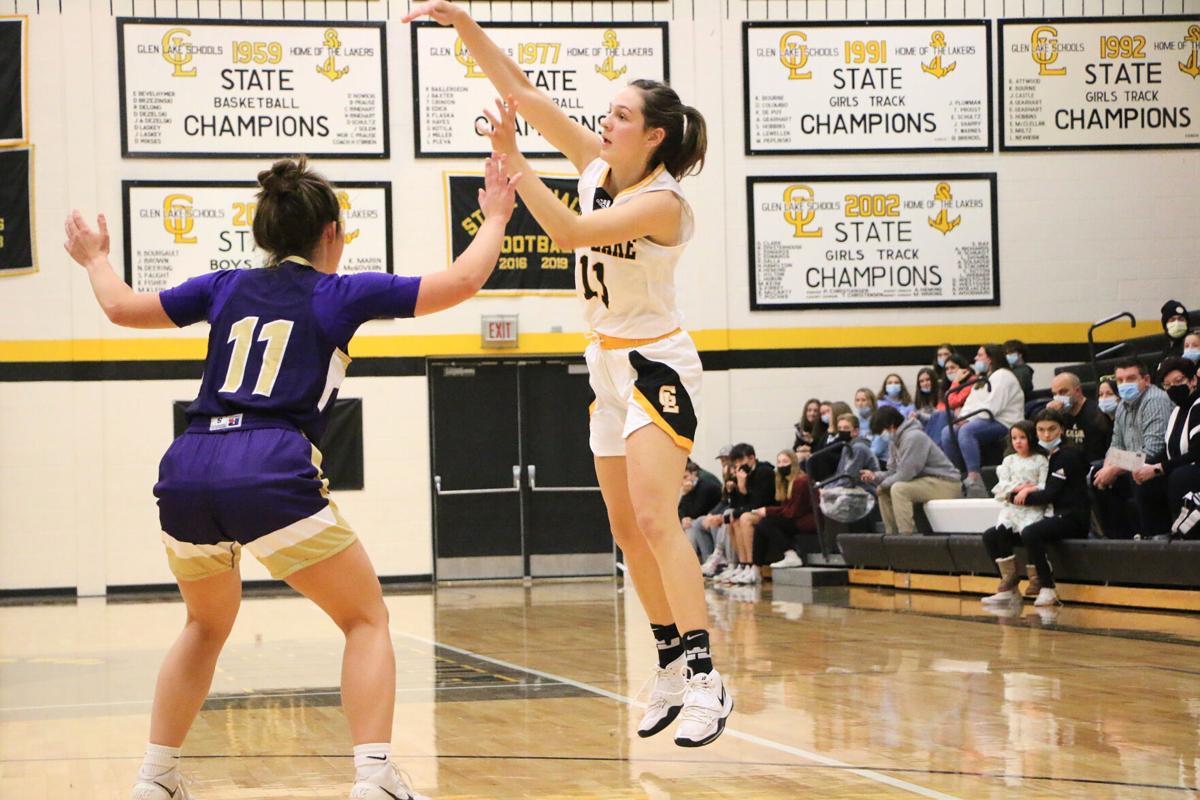 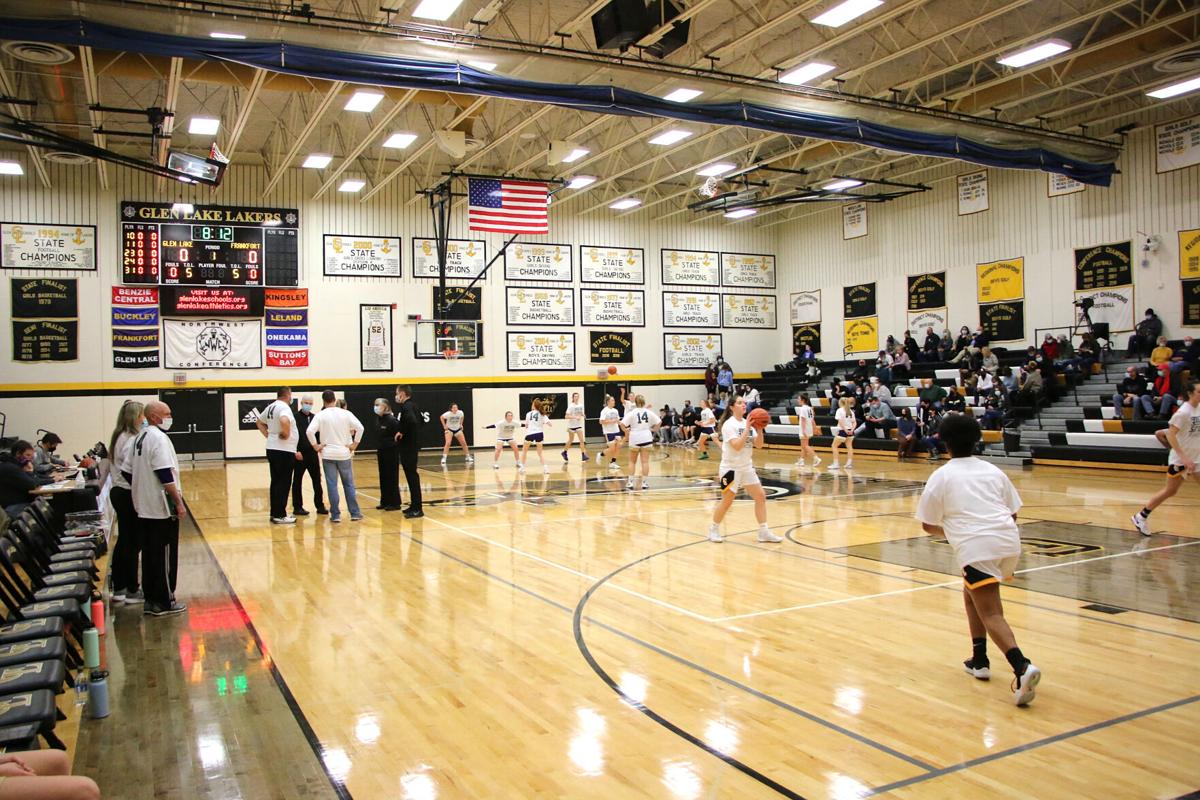 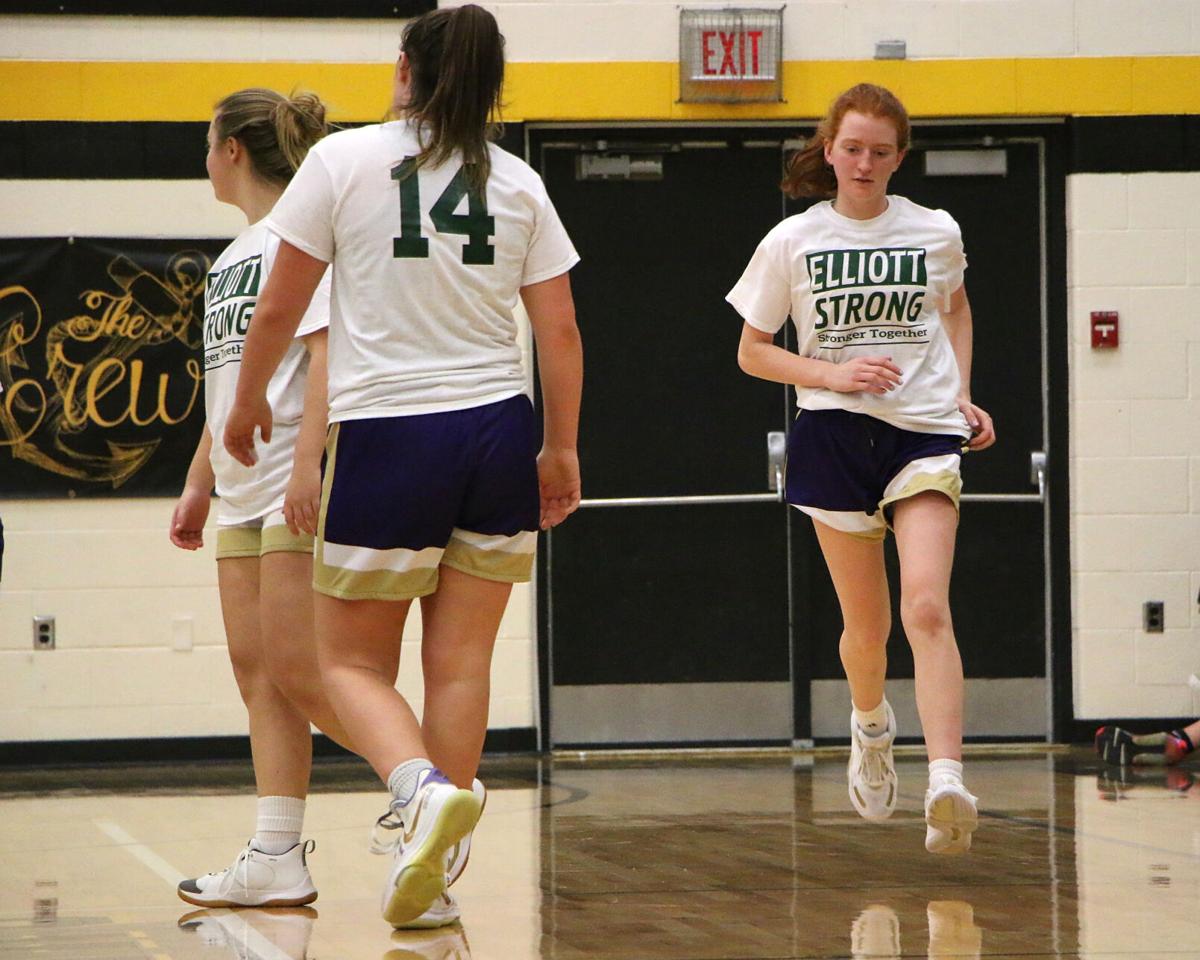 MAPLE CITY — Glen Lake stormed ahead of Frankfort, in both Friday’s game and the Northwest Conference standings.

The Lakers girls basketball team rallied back after being tied with the Panthers at the end of the first quarter to win 62-41 at home.

“They’re going to make you pay for any mistake you make,” Frankfort head coach Tim Reznich said of the Lakers.

Lakers’ head coach Jason Bradford said he was glad to see “execution plays,” like many Robbins had where she slowed down, took care of the ball and ran a play the right way.

“You get the easy looks,” he said.

Grace Bradford was a usual leading scorer, with 15 points, eight rebounds along with a steal and two assists. Maddie Bradford netted eight points, and Gemma Lerchen put up six.

Robbins, the area’s standout one-on-one defender, said she felt the Lakers’ transition offense tired out the Panthers. The Lakers pulled ahead in the second quarter thanks to a quick 8-0 run highlighted by a few easy fast-break looks. It prompted Reznich to call a timeout as Frankfort came out of it pressing.

By halftime, Glen Lake took a 10-point lead at 27-17 and didn’t let the Panthers come any closer.

“We’ve been executing plays in practice a lot more than we were before, so we can implement that into the game a lot better,” Robbins said. “We have one play where we did 10 times, and we scored almost every time on it.”

Reznich said his message was simple at the first quarter break when the game was tied: “Keep it up, keep looking to attack, and work together”

“We didn’t,” Reznich said. “In the second quarter, we stopped working well together offensively and we were counting on one girl to make a move and do something. We got a little stagnant. Against a good team like this, you just can’t do it.”

Reznich isn’t worried though. All four teams that played in Friday’s rivalry games — both Glen Lake and Frankfort’s boys and girls teams — all won at least a district title last year.

Glen Lake’s girls lost in the Division 3 quarterfinals to fellow undefeated Calumet. Robbins said the team is hoping for more.

“We’re doing really well this year, better than we thought we were going to do,” Robbins said.

The race for the NWC continues next week as Glen Lake hosts Onekama at 7 p.m. Tuesday. Frankfort travels to Buckley the same day.

Friday was “bigger than basketball” in the eyes of Frankfort senior Blake Miller, who helped facilitate t-shirts for all four basketball teams to wear in warmups supporting Frankfort JV sophomore Elliott Hammon.

Hammon was hospitalized with a brain tumor two weeks ago and underwent successful brain surgery at Helen DeVos Children’s Hospital in Grand Rapids. Miller is a friend of Hammon’s and played with his brother Luke years ago.

Glen Lake beat Frankfort on a late go-ahead basket 40-39 to deal the Panthers their first loss of the season.