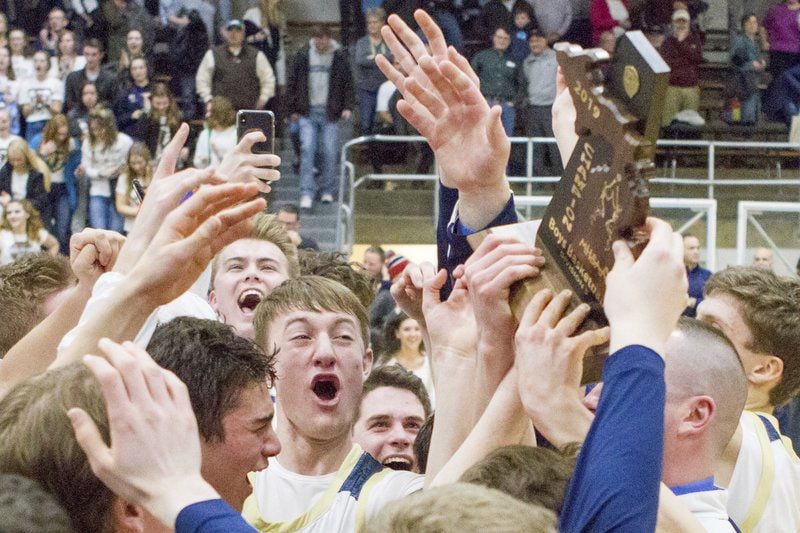 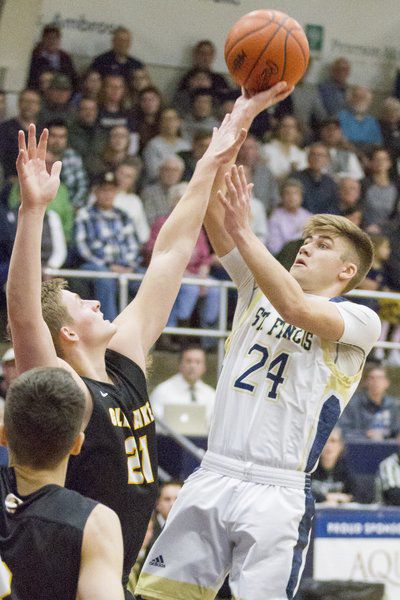 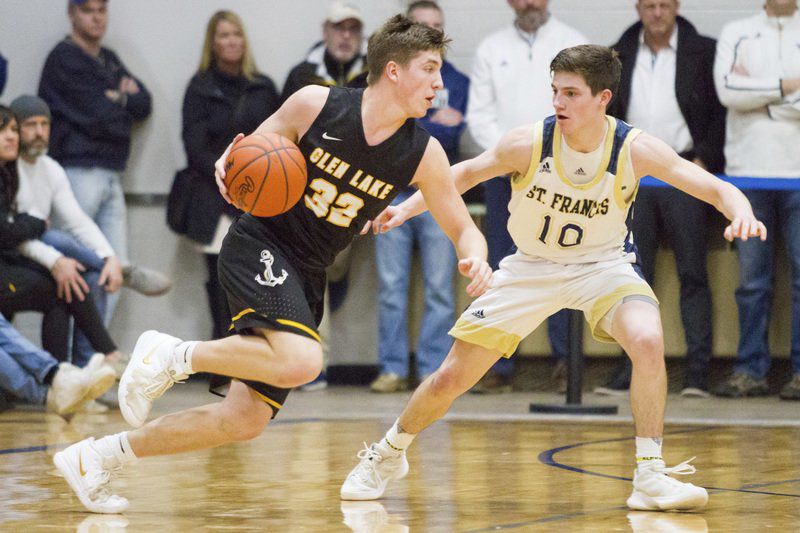 Could the Gladiators defend the lights-out shooting of Xander Okerlund? Could they keep 6-foot-6 forward Reece Hazelton out of the lane and off the rim? Passinault and his teammates weren't sure they could.

That, however, is exactly what St. Francis did in its 59-44 dismantling of Division 3 No. 4-ranked Glen Lake, which was looking to return to the Final Four at the Breslin Center in consecutive seasons.

"Honest to God, we were questioning ourselves," Passinault said. "We didn't think we had anyone who could guard Xander or Reece. We didn't have the size. We're just a bunch of scrappy guys."

So what did St. Francis coach Sean Finnegan and his staff do to convince the team it could do what it did?

"All we did is remind the kids of who they are, what they've done to this point, some of the teams we played," Finnegan said. "That prepares us for games like this. Taking nothing away from Glen Lake, but we've played players like that. We reminded the kids we've been there, done that and they could do it again."

What St. Francis accomplished defensively against Glen Lake, considering what the Lakers did to its first two district opponents (134-67), was a spectacle.

The Gladiators befuddled the Lakers to the tune of 7, 9 and 6 points through the first three quarters, respectively. Glen Lake's 44-point output matched a season low.

St. Francis used a combination of tough, man-to-man defense with a deliberately paced offense to force the Lakers out of rhythm.

"To control the tempo was huge," Passinault said. "They're a bunch of tall, bouncy guys. If they get a big dunk or a big three, they get the whole crowd into it, and the gym explodes. We didn't let that happen tonight. That was huge for us defensively."

The strategy (and lack of execution by the Lakers) worked all night. Glen Lake never led by more than three points, and didn't sniff the lead ever again, once St. Francis jumped out in front 19-16 at halftime.

Passinault ended the first half with five straight points on two free throws and a 3-pointer after a loose-ball recovery got kicked out to the perimeter. St. Francis scored 12 of the first 16 in the second and grabbed the first double-digit lead of the game on a bucket from Patrick Mackey.

"Pat (Mackey) is a sneaky player." Passinault said. "It's unbelievable some of the things he can do around the basket. Sometimes, it just floats in the air and you don't know what's going on, but he finishes."

Glen Lake trimmed the deficit back to single digits a few times over the remainder of the game, but always trailed by at least eight points and as many as 17.

"That's not us out there," Okerlund said. "We just didn't show up very well and didn't stay as composed as we wanted to.

"They held the ball longer than we did, ran their offense more decisively. They just worked a little bit harder than we did. We came out a little sluggish and slow and waited for things to happen. They made things happen."

"(The hardest part is) seeing the looks on my guys' face, especially the seniors (Okerlund, Peterson, Joey Fosmore, Chase Richter) who don't get a chance to put a jersey back on for Glen Lake," Lakers coach Rich Ruelas said. "It wasn't our night. We didn't play our best. They played extraordinarily well. Hats off to them. It just was not our night."

Passinault led St. Francis on the other half of the ledger with 18 points and five steals. Keaton Peck and Mackey each scored 10 points, while Artie Dutmers scored eight, Brendan Chouinard six and Andrew Gerling five.

Mackey scored two of three baskets that pushed SF's lead to double figures in the third quarter, and Peck hit two big threes in the fourth when Glen Lake was trying to ignite a rally.

"You gotta have ice in your veins to take those shots that Keaton took, especially when he know if he misses I'm probably benching him," Finnegan said. "To go 2 of 3 with three bad shots (laughs), the kid doesn't have any fear. He's hit a lot of big shots in games that have been close late. That just goes to that toughness we try to instill and they get from playing other sports. It's the culture here that we try to be ready for the moment."

The district title was the first for St. Francis boys basketball since 2015, when the Gladiators defeated Glen Lake. The Lakers knocked St. Francis out of the postseason each of the last two years.

"Any chance you get to win a game is awesome," Passinault said. "To be able to compete at such a high level against such good competition and unbelievable players and pull through as a team and come out and play our best game collectively is huge.

"We were just thinking Glen Lake, Glen Lake all week — all season really — working stuff in all season just to beat these guys."