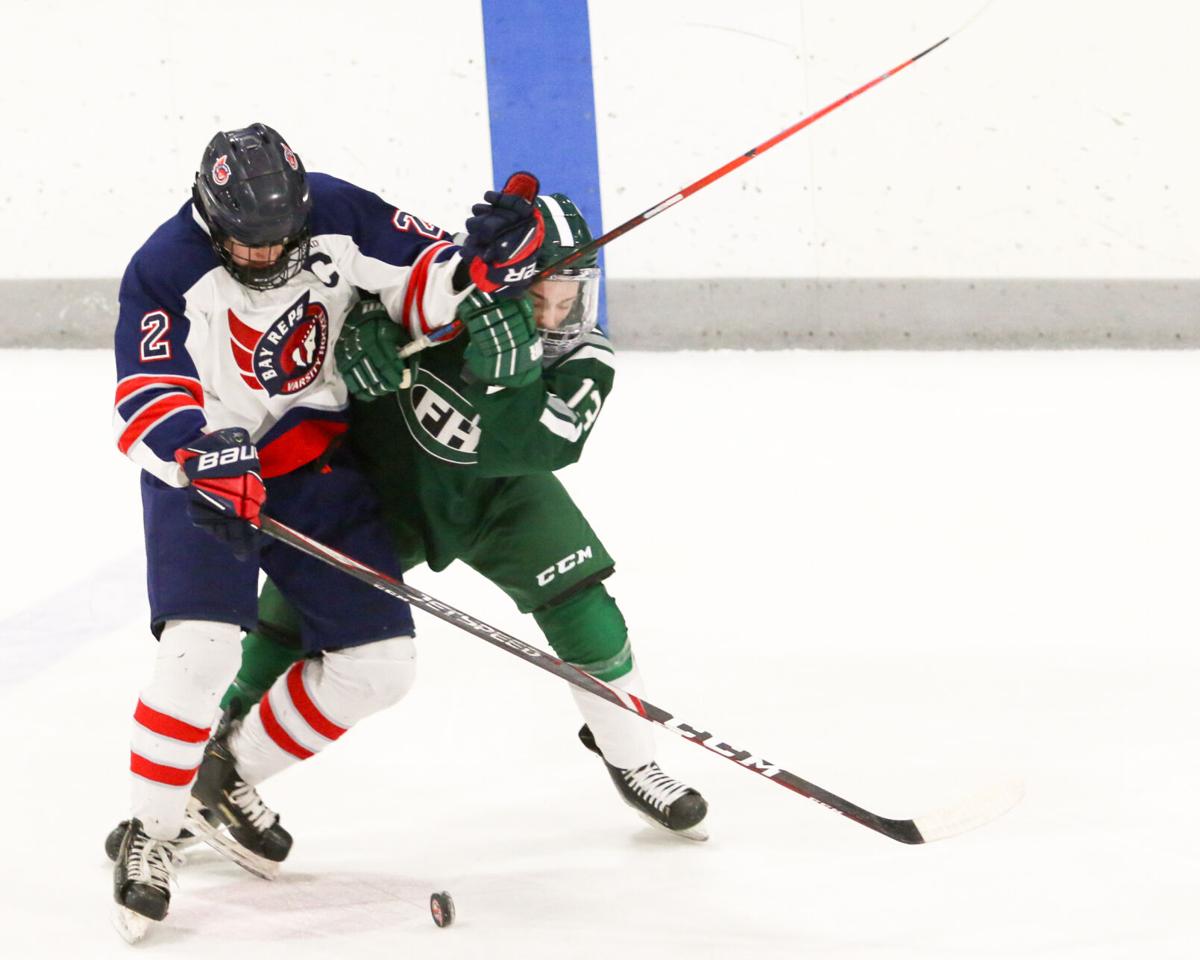 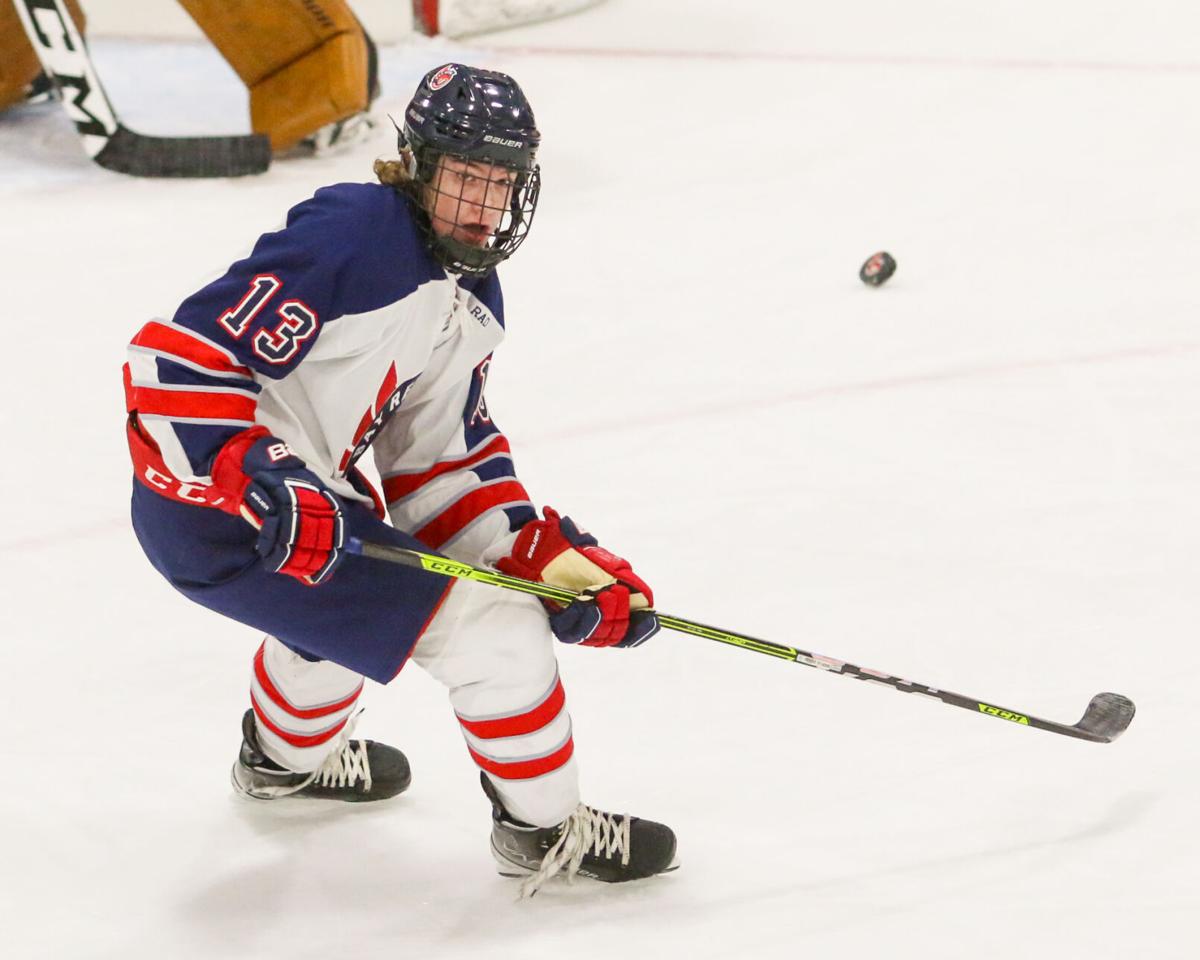 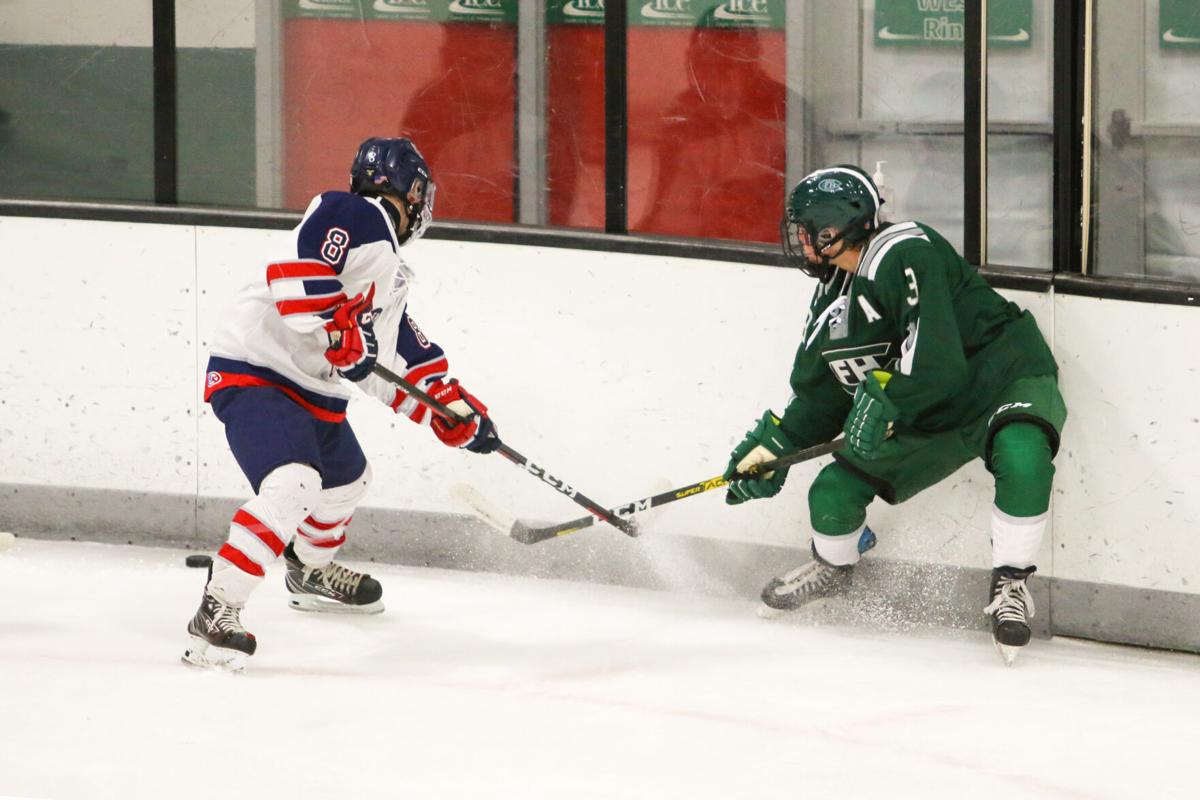 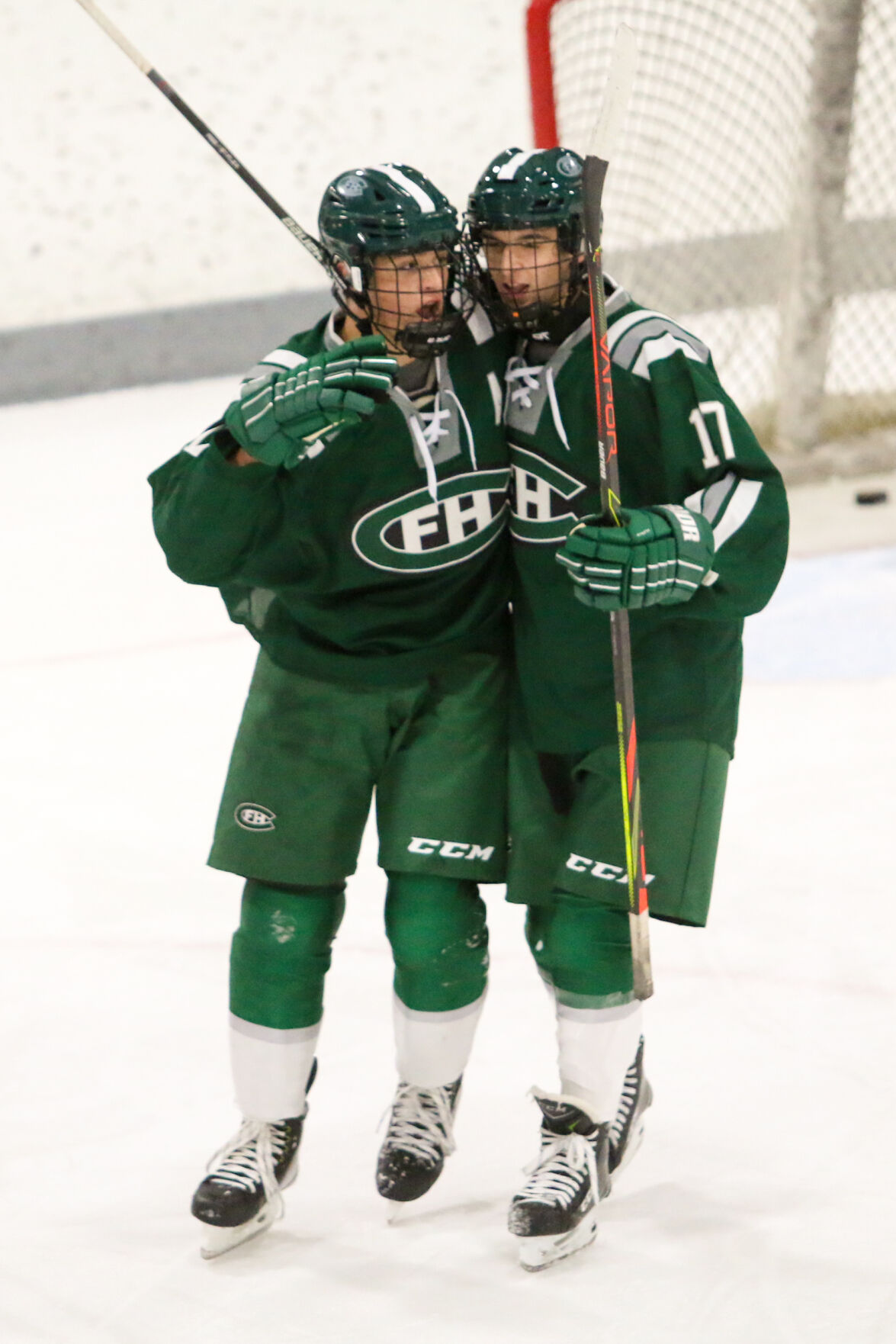 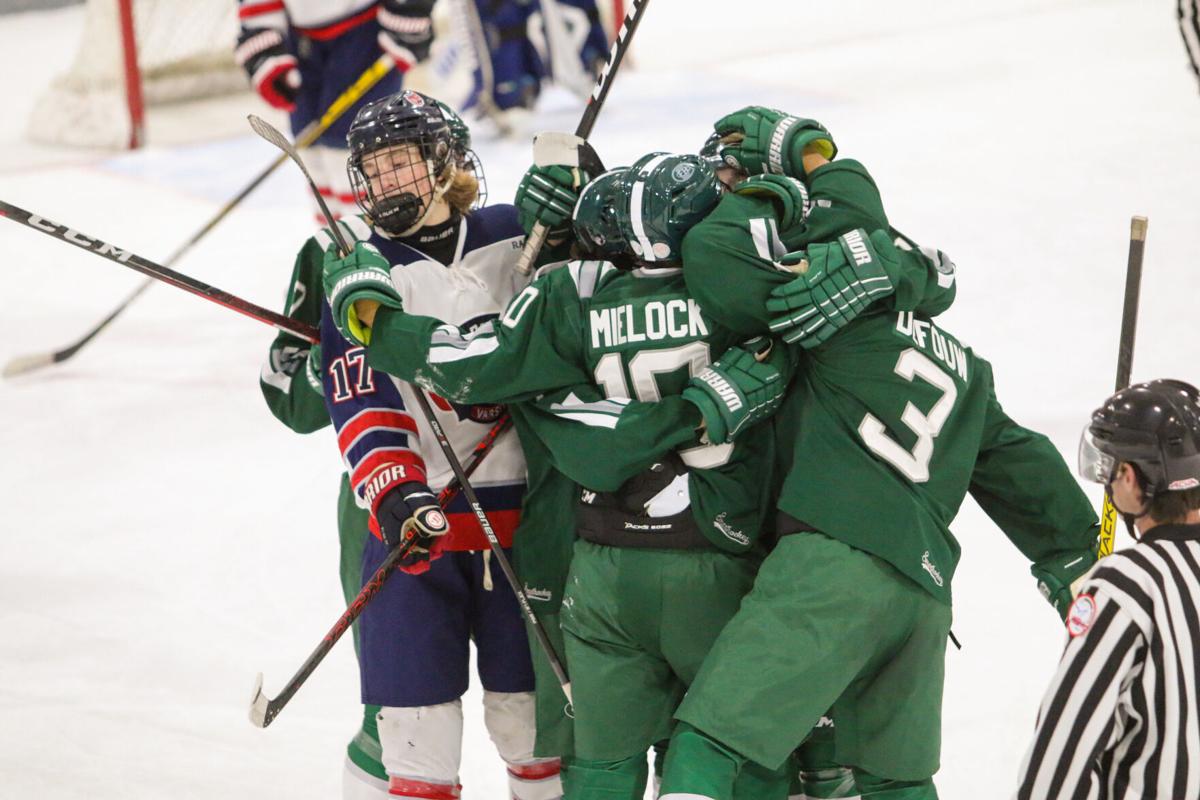 TRAVERSE CITY — Well, the Bay Reps can count on getting one of the three football players on their squad back next week.

Forest Hills Central prevailed in a 5-4 overtime win to spoil the Bay Reps’ season opener Friday night at Centre Ice Arena. The Reps had a one-goal lead after the second period but let the Rangers came back in the third period.

Noah Smith scored the game-winner on a power play as the Reps could not kill a late third-period penalty. The two teams played 4-on-4 hockey for 39 seconds of overtime, and the Rangers scored as soon as they took a man advantage.

“I don’t think we played a poor game,” he said. “We had a lot of scoring chances, that’s a positive. I think we out-chanced them. The third period wasn’t our period.”

The large hockey co-op of schools from Grand Traverse, Leelanau and Antrim counties were without three players who have football games Saturday — Drew Hardy and Garrett Hathaway of Traverse City St. Francis, and Nick Dashner, a Lake Leelanau St. Mary student who plays for Suttons Bay.

For Hardy, the Reps’ junior forward, it’s been quite a while since he last took the ice for a high school game. He injured his shoulder during the Gladiators’ playoff run last season and missed his sophomore year.

Hardy will wear the “A” patch this season as an assistant captain.

“He’s an energy guy,” Matteucci said. “Fast. Strong. Puts the puck in the net. He does a lot for us.”

Mack Barnhard got the start at goalkeeper as the Reps look to fill a void after last year’s starter Judd Lawson graduated. Three are in the hunt for the netminder spot this winter, with Aiden Reamer joining Barnhard and Hathaway.

“I like all three,” Matteucci said. “All three are good kids. They work hard in practice. They listen. They do what we ask them to do.”

The Bay Reps took a 2-0 lead in the second period with a pair of late goals from Aaron Ackerson and Tyson Griffore less than 30 seconds apart. Zander Griffore had assists on both.

Mason Barnhard scored a pair of goals in the third period, his second with 5:01 to go in the period to tie the game 4-4.

Campbell Holland and Ethan Vitale had assists. Mack Barnhard made 11 saves. The Reps had just two penalties, with Zander Griffore never re-taking the ice after the officials booked him for slashing 16 seconds before the end of regulation.

“We’re a super young team. We’re just trying to get into it and kind of acclimate to everything,” Ackerson said, a senior at St. Francis. “They came out I think stronger than we did a the start. We battled back really well in the second period, and then in the third they came out and battled harder.”

The Reps (0-1) host Saginaw Heritage at 3:30 p.m. Saturday. They take a trip to Big Rapids for a Thanksgiving tournament Nov. 26.

EAST KENTWOOD — Cadillac scored a pair of goals from Fisher Moore on assists from Carson Carlington, Zach Berkhardt and Cayenne Rossell in the Vikings’ 2-0 win over Friday night in East Kentwood.

Cadillac (2-0) takes on Lenawee at East Kentwood at 11 a.m. Saturday

HARBOR SPRINGS — Petoskey dropped its season opener to L’Anse Creuse North 6-4 at home. The two teams were tied 2-2 after the opening period and at 3-3 after the second period.