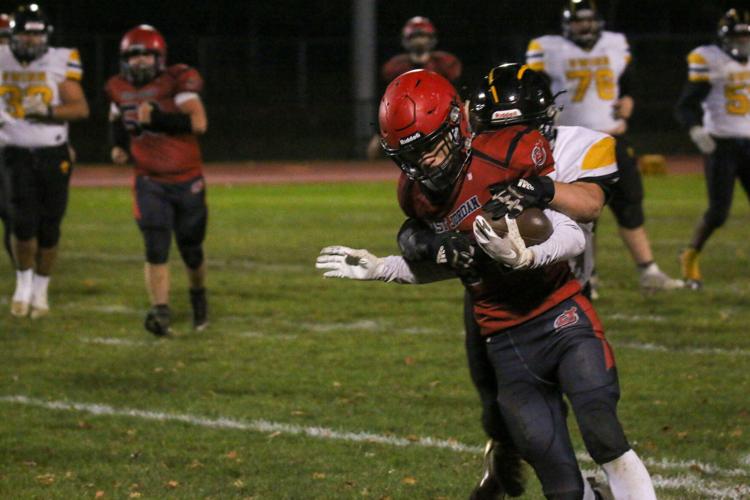 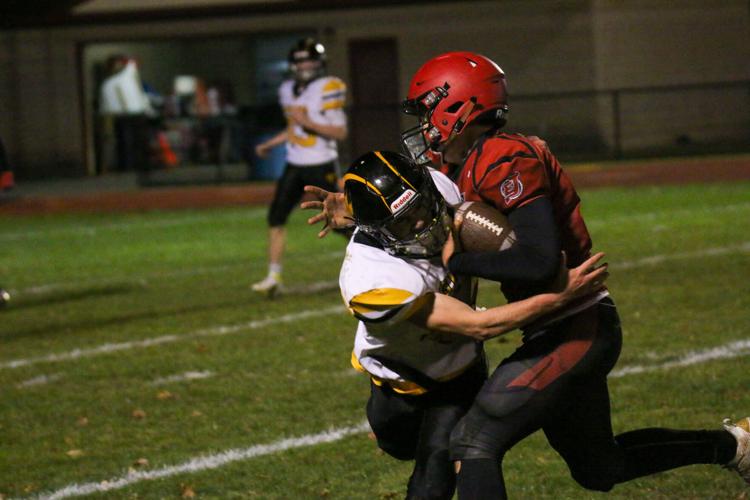 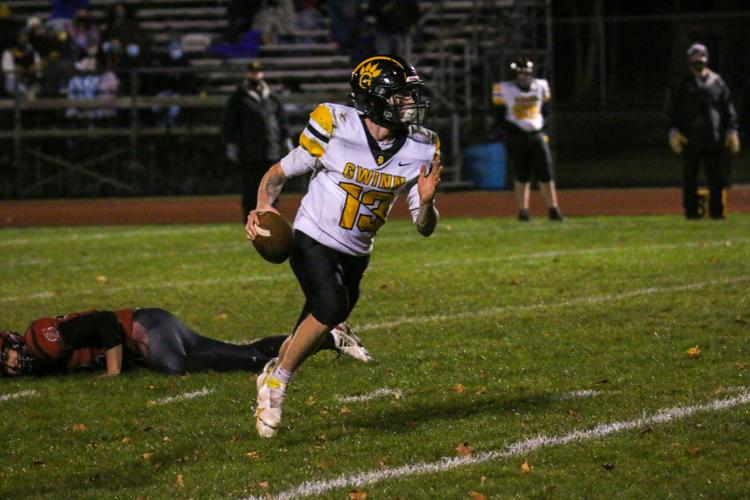 Gwinn senior Mastin Love wheels out as he looks to pass at the Red Devils pre-district playoff game against Gwinn Friday night at East Jordan. 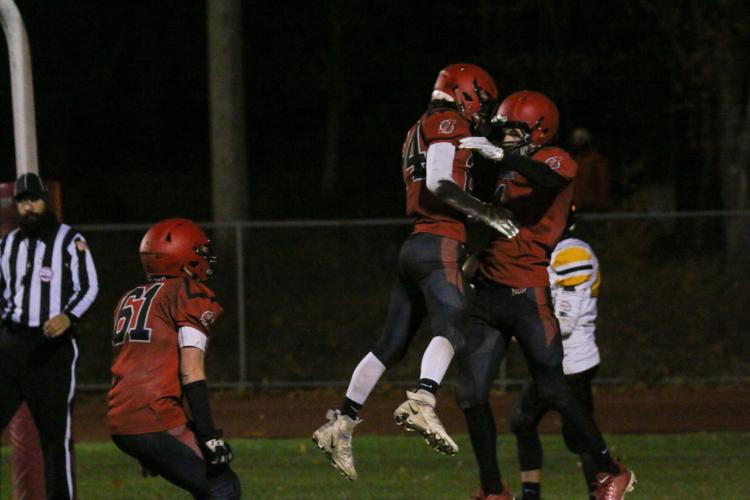 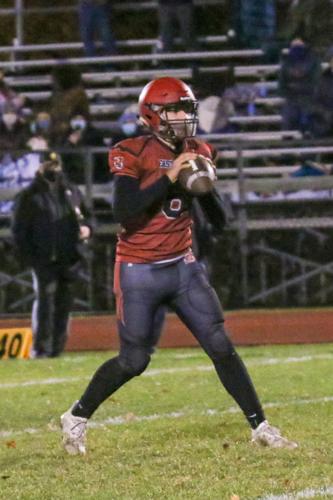 Gwinn senior Mastin Love wheels out as he looks to pass at the Red Devils pre-district playoff game against Gwinn Friday night at East Jordan.

Brown led a struggling Gwinn football team that nearly folded its program to two playoff appearances in 2016 and 2018, the Modeltowners first in nearly 20 years.

But Brown, 37, who once starred for Northern Michigan University, left a small Marquette County community in shock one Wednesday evening. He died in January after suffering a brain aneurysm in the team’s football facility.

“His goal was to win a playoff game,” said Gwinn coach Ben Olsen, resisting emotions after Gwinn’s 24-20 win. “It’s a big deal for us, for coach Brown.”

Gwinn, who finished its 2019 season 1-8, did just that. It beat East Jordan in a nailbiter to advance to the second round of the playoffs.

The Modeltowners now travel to Iron Mountain — who have played just one game after being a part of six forfeits, including their first round game with Rogers City.

“We knew it was going to be a battle,” Olsen said. “We felt like they (East Jordan) were very comparable to us as far as personnel goes.”

East Jordan coach Greg Kitson said the Modeltowners showed sportsmanship after a game some might expect hard feelings in.

“We went back out for our senior walk and they came back to congratulate us,” Kitson said. “They (Gwinn) played a heck of a game and you give them credit.”

Scoreless after the first quarter, Gwinn got to the scoreboard first and succeeded on the ensuing 2-point conversion. East Jordan quarterback Dawson Olstrom led the Red Devils to the endzone on the very next drive, scoring on a QB wedge but failing on the conversion.

The Modeltowners didn’t wait to extend their lead. They returned the ensuing kickoff for a touchdown and went up 16-6, holding a halftime lead despite turning the ball over twice in the final four minutes.

Aidan Webb scored on a toe dragging catch in the back of the endzone with 4.7 seconds left in the half to cut the deficit to four points at 16-12.

East Jordan’s Carter Sherman picked the ball off in the end zone on a Gwinn fourth down, the closest either team got to scoring, but the Red Devils turned the ball over on a fumble and ended the quarter with the Modeltowners near the red zone.

Gwinn extended the lead early in the fourth quarter to 24-12 when quarterback Mastin Love scored on a quick pass with 10:51 to go in the game. East Jordan matched the points with a score from Granger Kitson, succeeding on the conversion.

Greg Kitson elected for the onside kick, East Jordan nearly recovered it, then forced a turnover with a recovered fumble. The Red Devils ended up punting on that drive, but stopped the Modeltowners on fourth down in the red zone.

There was only two minutes left on the clock, the Red Devils were out of timeouts, but Kitson rallied his team to hustle back on and get the ball moving.

He threw a dime that sailed 30 yards in the air that was tipped by junior Hayden Peck and caught by Sherman.

“That play was crazy,” Peck said. “I was on the ground, I looked up, and he’s (Sherman) running. He surprised me, he really did.”

Sherman got brought down at the 23-yard line, giving the Red Devils three chances at the end zone after Olstrom spiked the ball to stop the clock. He missed on each pass, wheeling out on fourth down and overthrowing junior Tom Reid on the final play

Sherman, who combined with Peck for well over 100 yards receiving, said that sequence felt like success the team hadn’t seen until then.

“We really just gave it to them in that last five minutes,” the junior said. “It felt good.”

“Hopefully that’s a seed that’s planted,” Greg Kitson said. “We got some pretty good juniors that are going to come back next year and I think the sky’s the limit.”

Sherman said he hopes to see the Red Devils back next year. He was one year old when the team played its last playoff game at Traverse City St. Francis in 2003.

“I don’t think I’ve ever even watched a playoff game for this team and it was definitely cool to play in one,” Sherman said. “We’re going to work hard and we’re going to build off this year.”

Editor's Note: This story has been updated to correct the spelling of Ben Olsen's name.