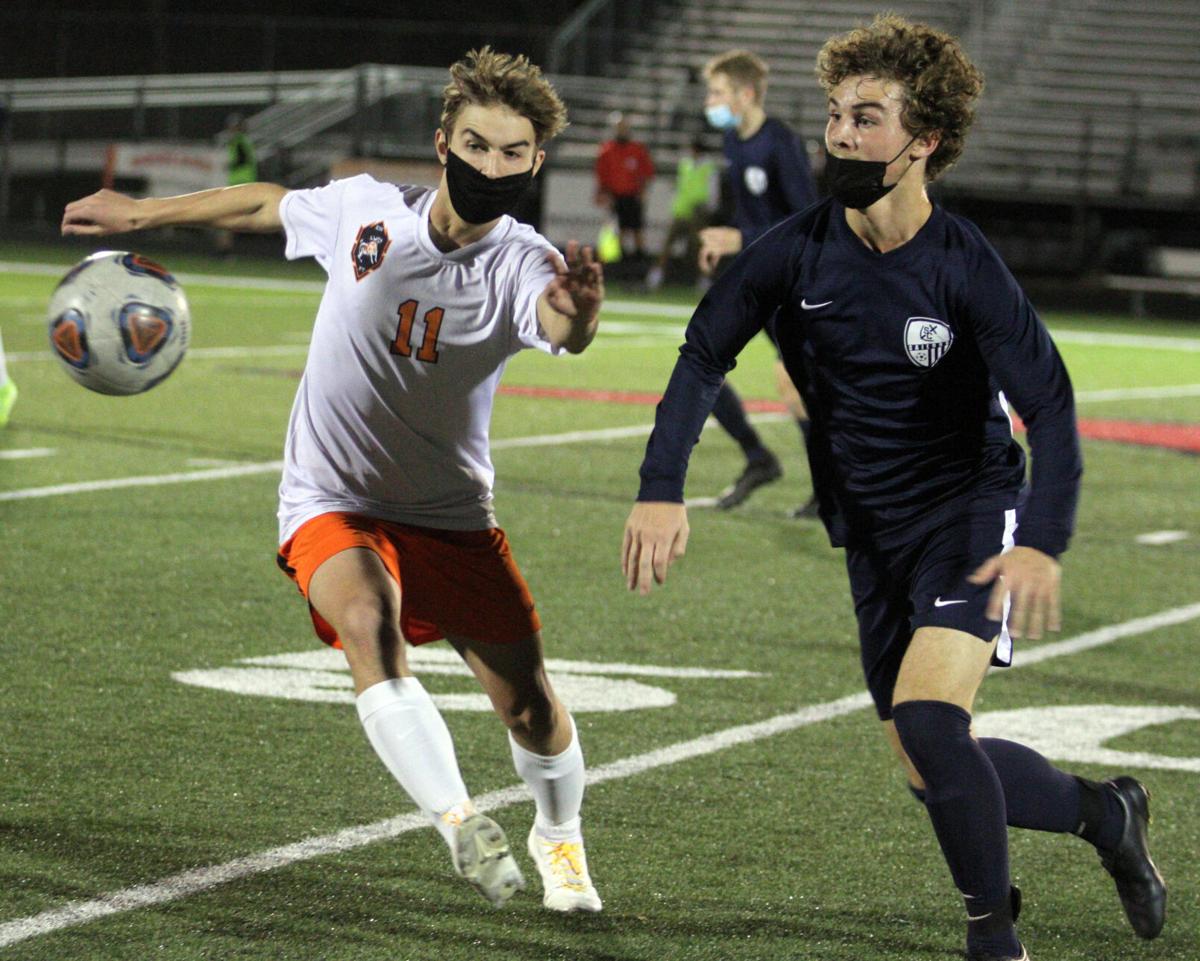 Elk Rapids' Emery Rubert (11) gets to the ball before his Grand Rapids South Christian counterpart Wednesday in Cedar Springs. 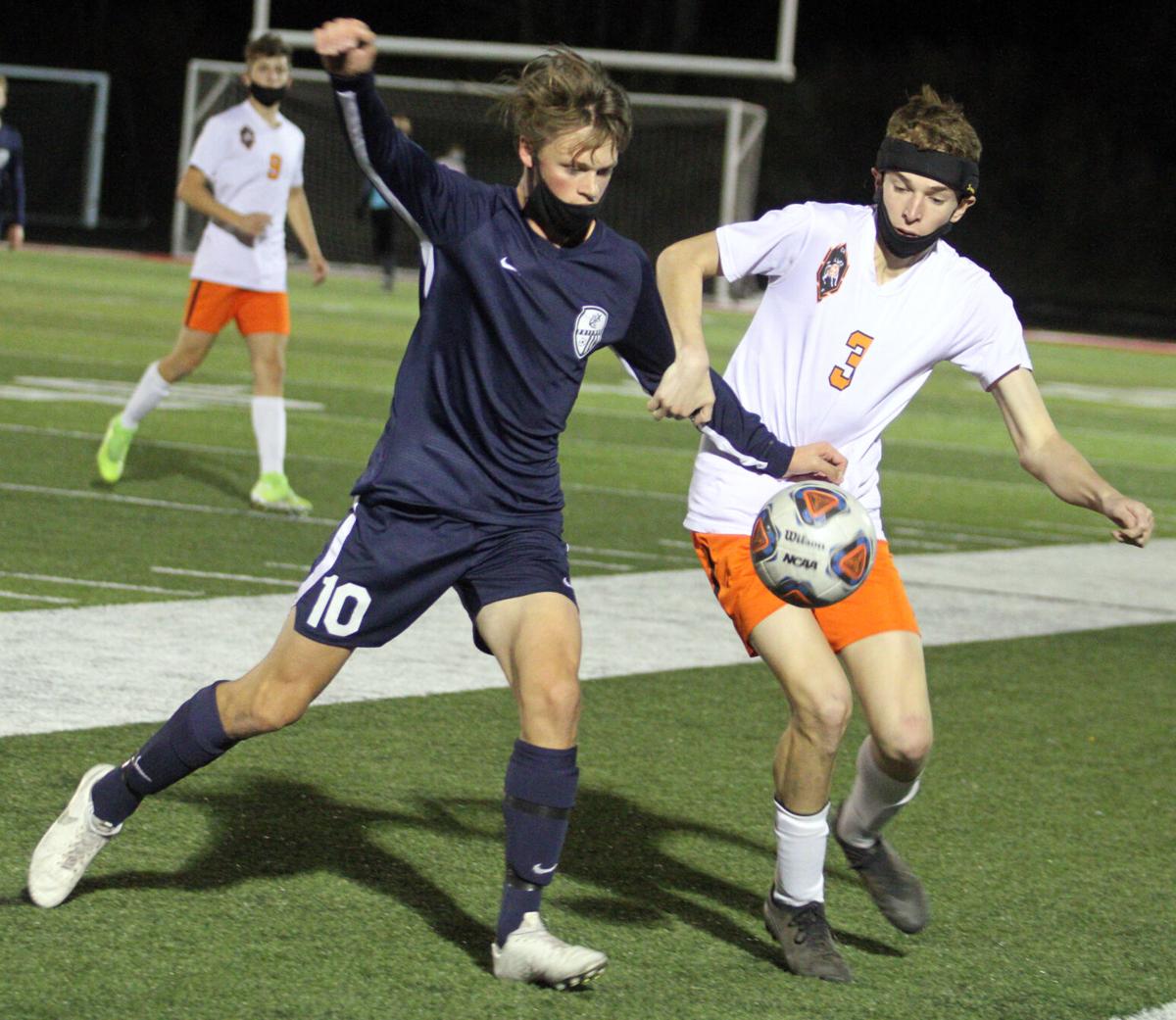 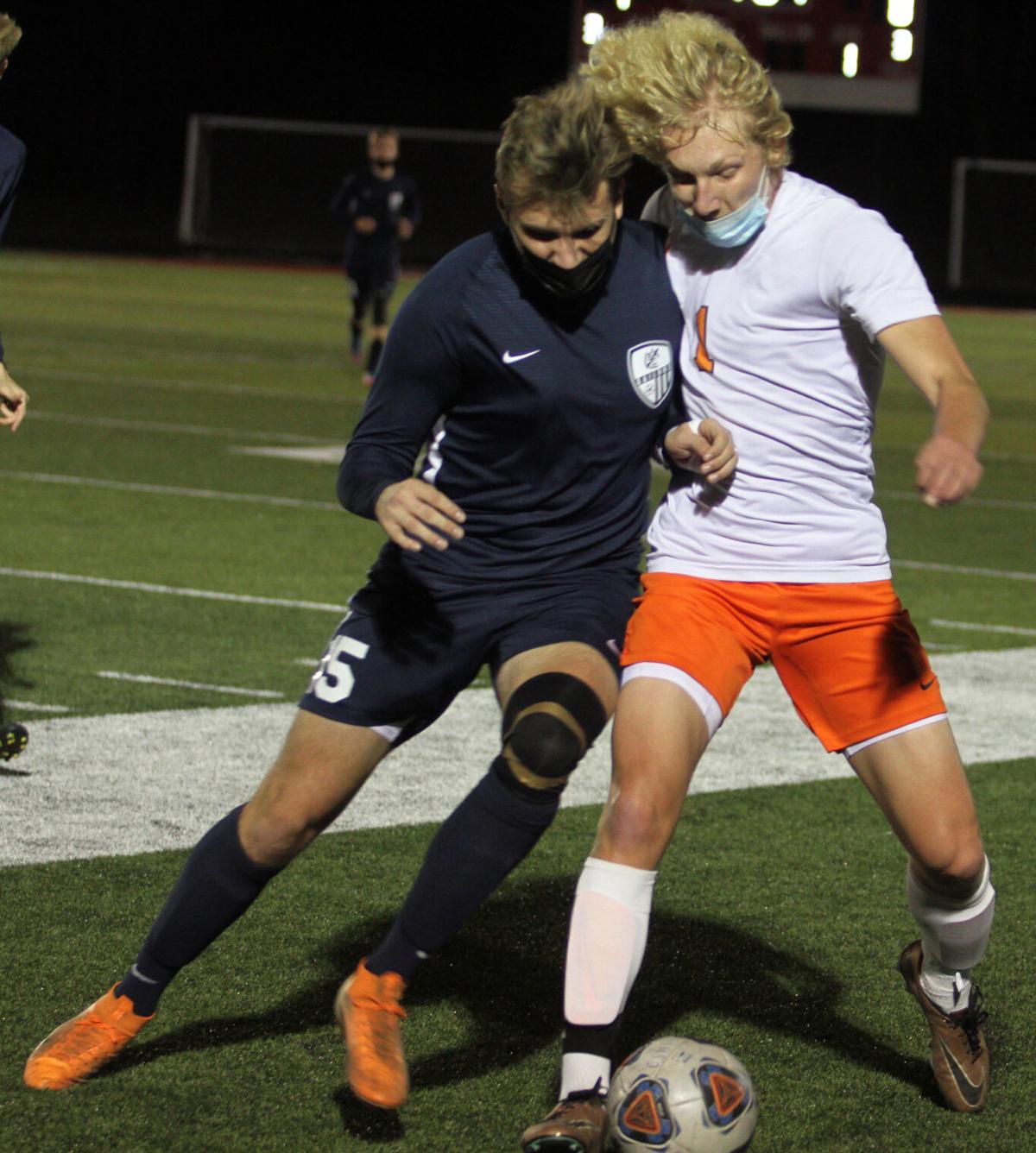 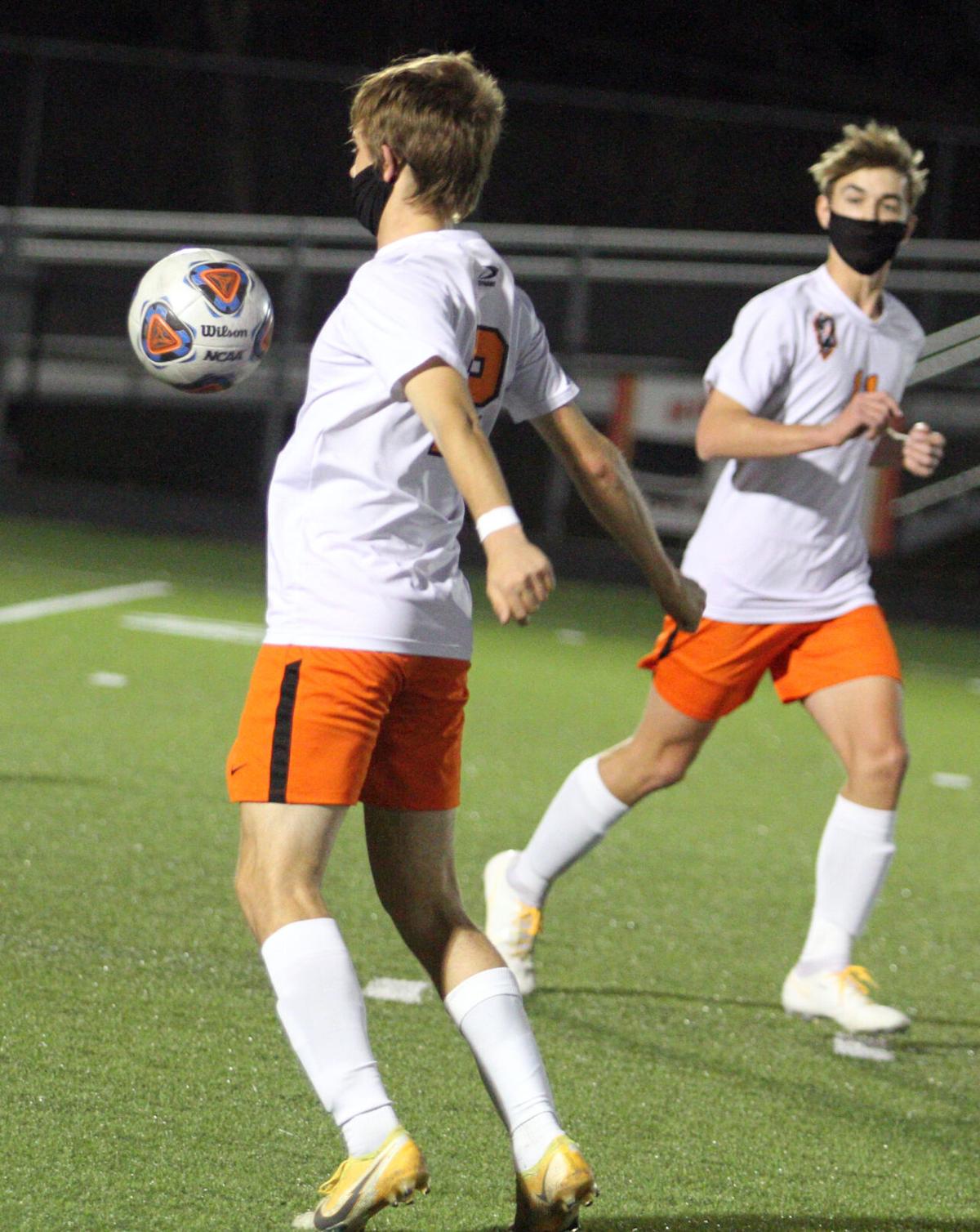 Elk Rapids' Emery Rubert (11) gets to the ball before his Grand Rapids South Christian counterpart Wednesday in Cedar Springs.

The Grand Rapids South Christian goaltender stopped two Elk Rapids shots in a 1-1 (4-1 in penalties) shootout to decide Wednesday's Division 3 state semifinal. He also made a penalty kick save during regulation.

"When you get to this point and it's a PK shootout, my heart hurts for the other team, for Elk, because we've been on the side of losing shootouts," South Christian head coach Jason Boersma said. "It's a bad way to lose. We lost in the finals that way in '13. Lost in the finals that way last year. It hurts because the game was played out here for 100 minutes, and they battled. What a goal out of that number four."

The Sailors' Tom DeVries put Christian up 1-0 on a penalty kick 9:45 into the game when referees called a hand ball in the box.

Preston Ball hit a rocket into the corner from about 30 yards out that surprised Schepers to knot it up 1-1 with 22:11 left before halftime.

Elks coach Nate Plum then tried to use that momentum to tell Ball at halftime to be more aggressive.

"'OK, buddy it's time to be a little bit even more dangerous and try to start taking people on,'" Elk Rapids head coach Nate Plum said. "Obviously Mason (Travis) loves to take people on, and it's one of those things that we have to keep encouraging out of Preston. You're that good, start taking over the game."

Schepers stopped a penalty shot 6:23 into the first 10-minute overtime when Ball was hauled down inside the box.

"I think he made up for it with three PK saves, which is just outlandish," Boersma said. "And that's what Nik does. He actually did it last year for this semifinal game right here against Ludington. Same thing, he made the saves and he loves them. He lives for him. He can't wait to be on them."

The Sailors' Jeff Herrema, DeVries, Boston Knapp and Levi DeRuiter each scored in the penalty kicks shootout. Kadin Patterson struck as the first Elk in the shootout, but Schepers stopped the next two to propel South Christian (18-0-1) into Saturday's state championship match against Grosse Ile (19-1-1) at Novi.

Elk Rapids' Jack Spencer came up with big save after big save in regulation and overtime to help get the Elks to the shootout.

South Christian came out buzzing early on, generating several scoring opportunities right off the bat. Spencer and the defense were up to the task, however.

After DeVries' goal, the Elks (19-3-4) turned the tables, kicking up the offense another notch and largely outplaying the Sailors from there on.

"I think the game turned," Plum said. "Our conditioning took over. The fact that we were so deep kind of took over. I think we're if not better you know, equally as dangerous."

The Elks end the 2020 season with their deepest playoff run in years with a team loaded with 13 seniors.

SUTTONS BAY — Leland and Traverse City Christian grew to know one another quite well over the last month.