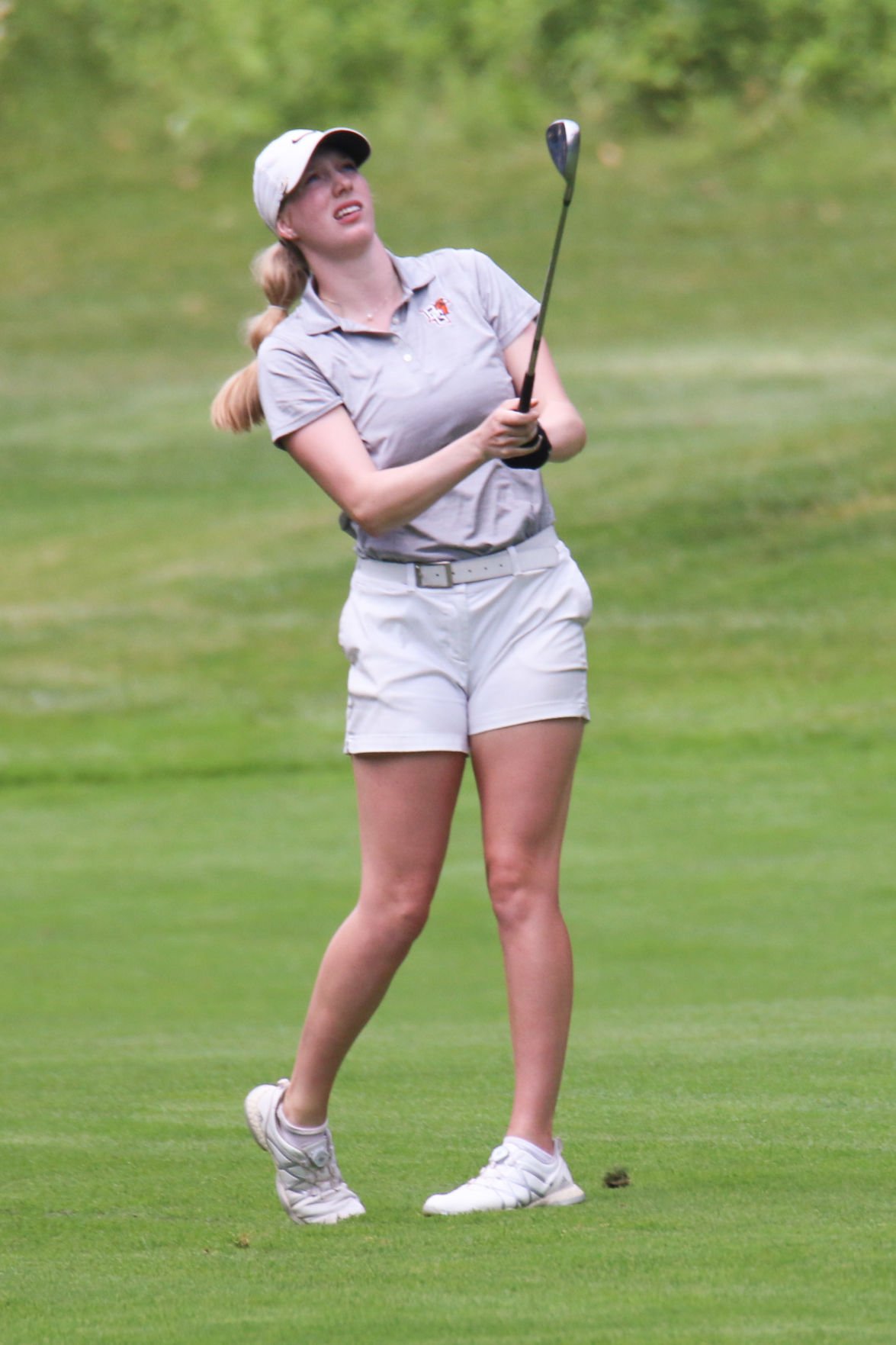 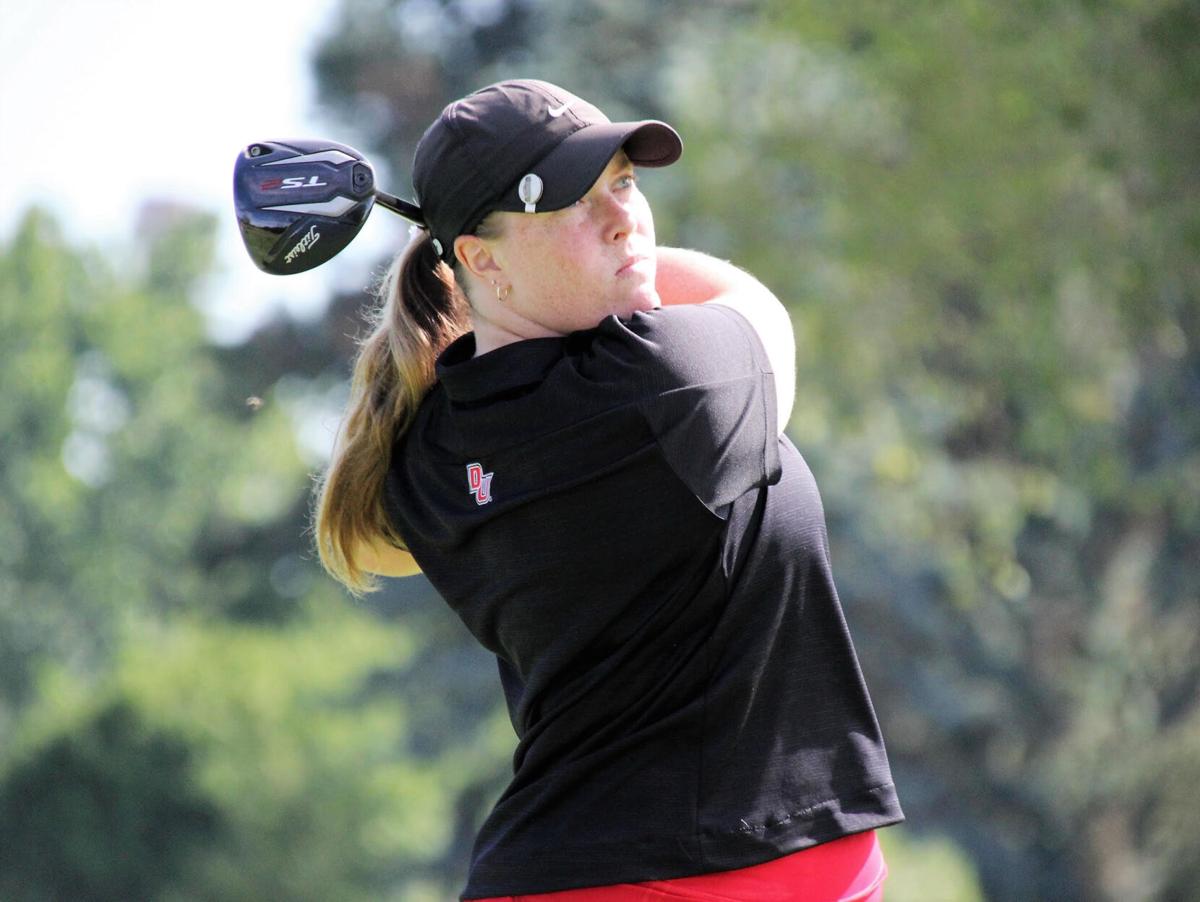 Natalie Samdal, a Davenport University golfer from Caledonia, at the Michigan Women's Amerture on Monday

Natalie Samdal, a Davenport University golfer from Caledonia, at the Michigan Women's Amerture on Monday

Both move on the round of sixteen Tuesday at Michigan State University’s Forest Akers West Golf Course.

Anci Dy, Anika’s sister, advanced to match play after winning a four-golfer playoff for the final two spots but lost in a match with Anna Kramer, the No. 1 seed.

Anika shot two-over in stoke play, tied for the third seed. In the event she had led the field, the two TC West standouts and family members would have had the chance to eliminate each other in match play again.

Cox earned the second seed after finishing stroke play even at 144. She shot a 71 on day two with three birdies on the front nine, making a leap from a four-way fourth place tie to second outright.

Cox will face Annie Pietila of Brighton and Dy will face Kay Zubkus of Ada.

There were a few surprises on the first day of match play as well.

“My parents actually went to high school with Stacy so we kind of had a little fun connecting there and that definitely helped the mood,” said the 19-year-old Samdal who was runner-up in the prestigious Spring Lake Invitational earlier this summer and sidelined Slobodnik-Stoll, last year’s runner-up, 3 and 2.

Timpf, meanwhile, has dominated at the junior level winning four consecutive events, including three this summer and the 15-and-under title last week in the Michigan Junior Girls Amateur Championship. She said she didn’t feel nervous or intimidated in turning back Oakland University golfer Sydney Martens of Washington 3 and 2.

Records for the 104-year-old tournament are incomplete, but it is possible that Timpf at 13 is the youngest golfer to make the Sweet 16.

“It didn’t feel a lot different from playing in a junior tournament and the yardage wasn’t that big of a difference,” said Timpf, who will be a freshman in the fall at Macomb Lutheran High School.

EAST LANSING — Spring Lake’s Anna Kramer lost the first hole of the championship match Wednesday afternoon, but tied it up on the second hole …