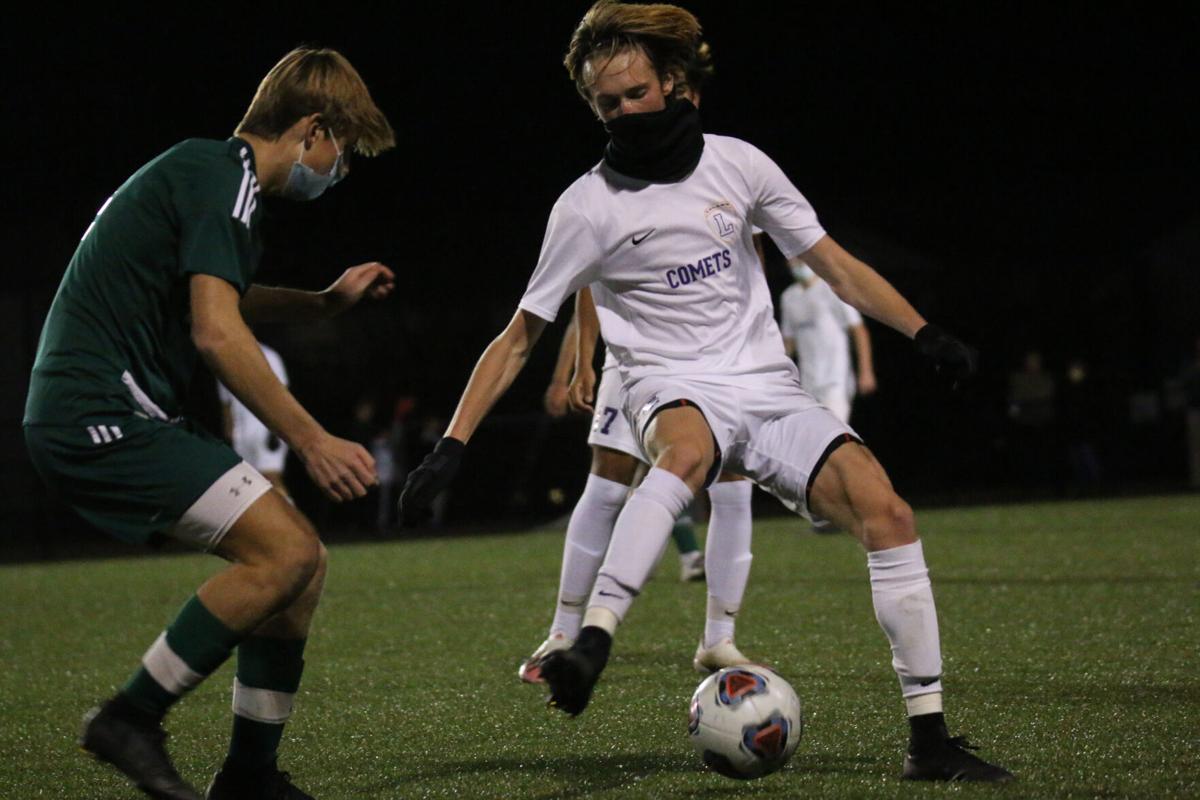 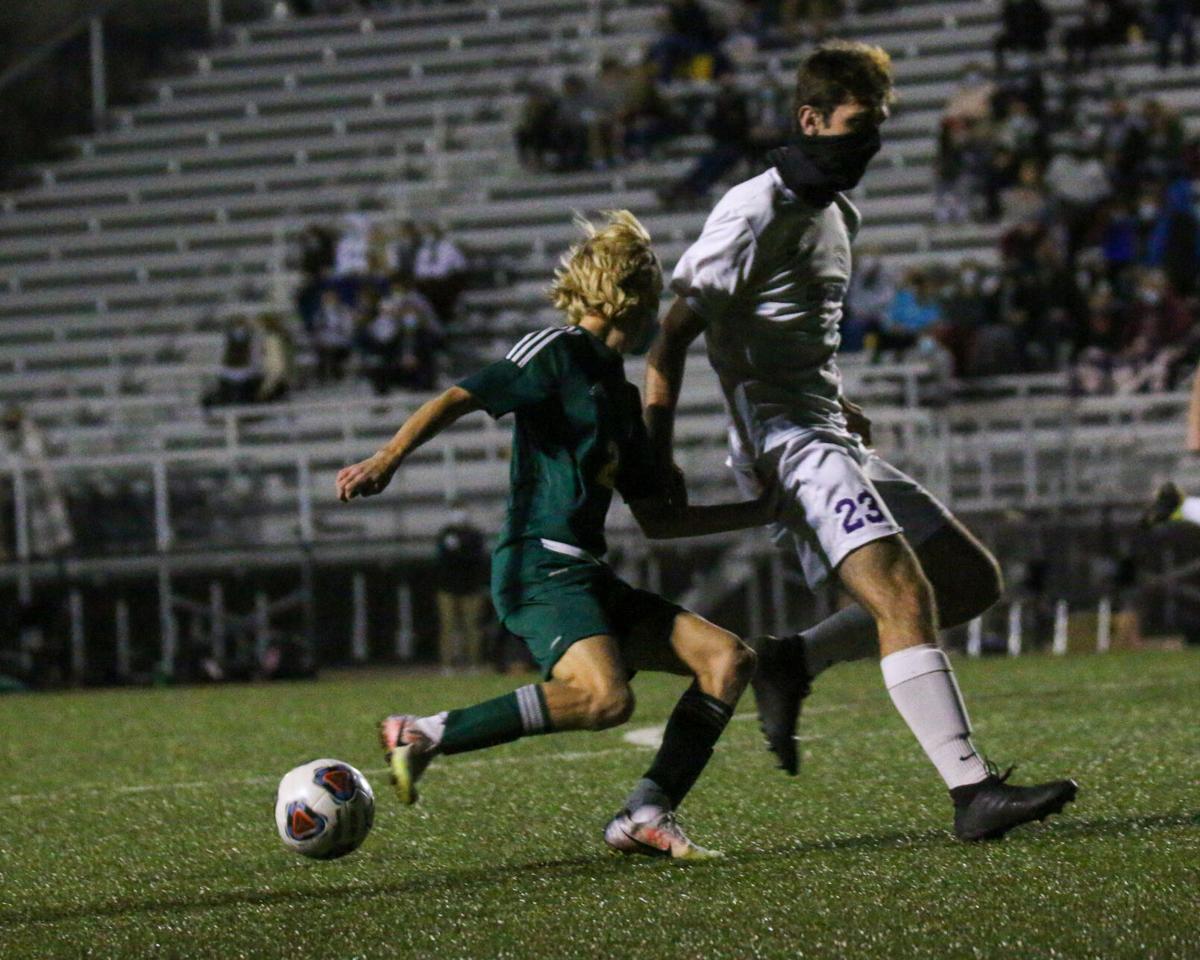 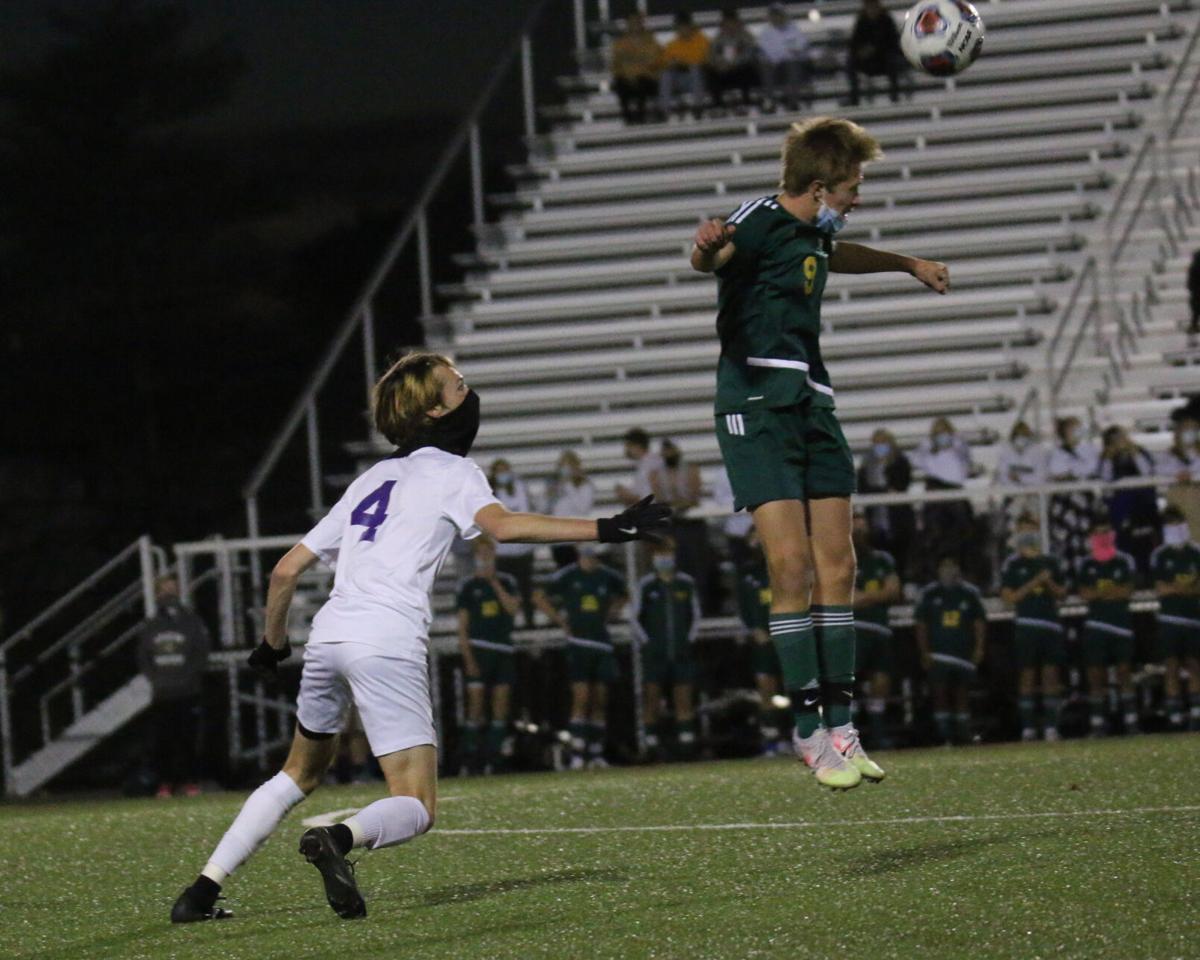 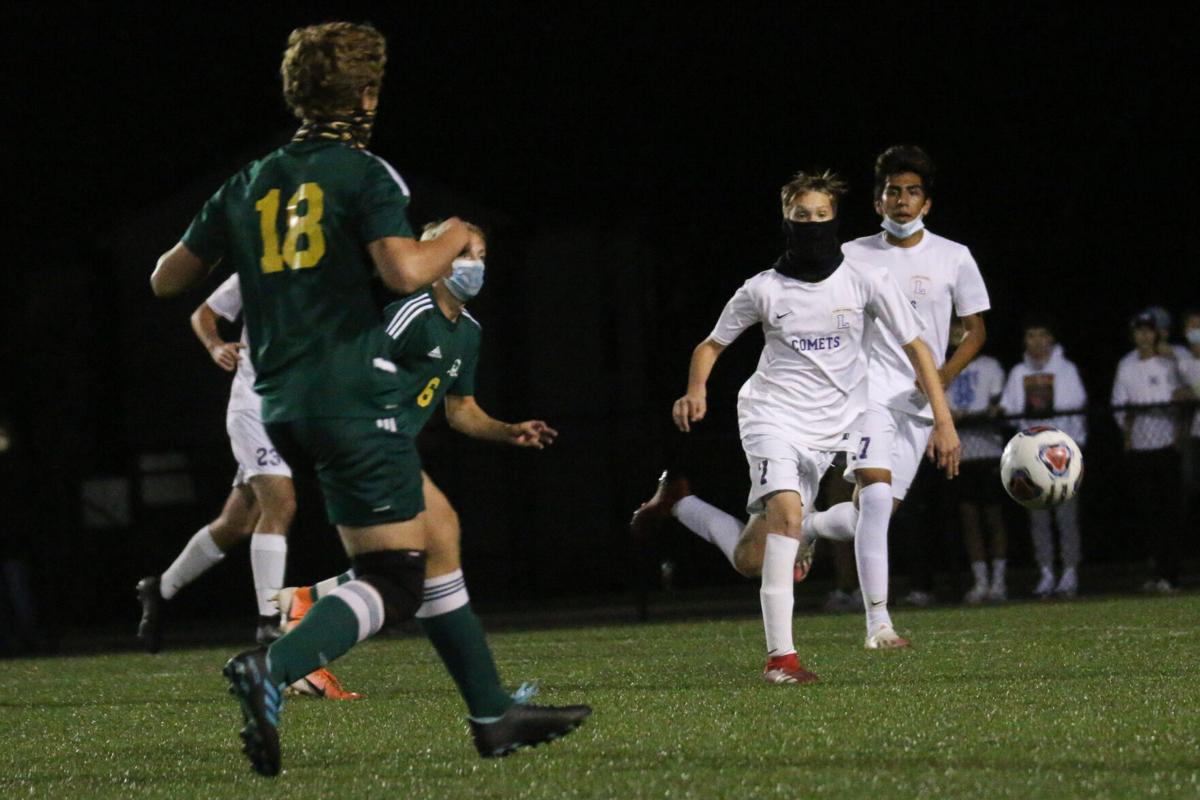 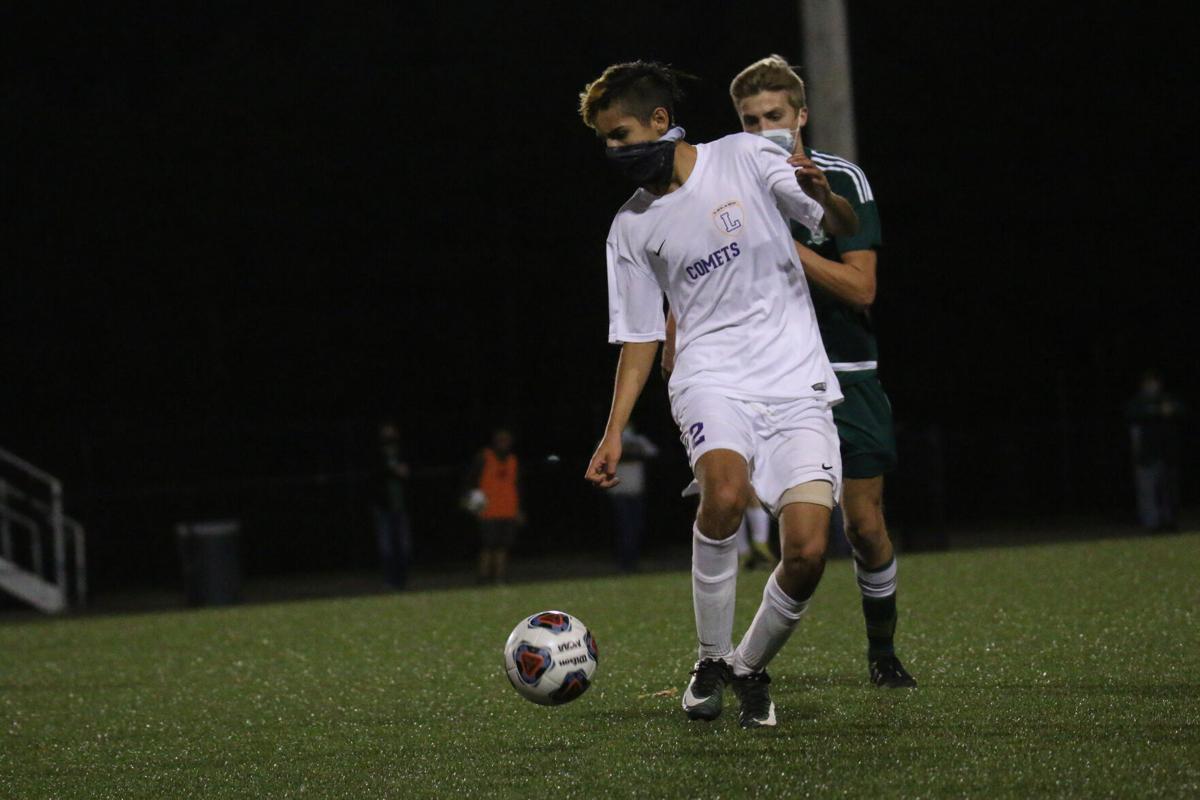 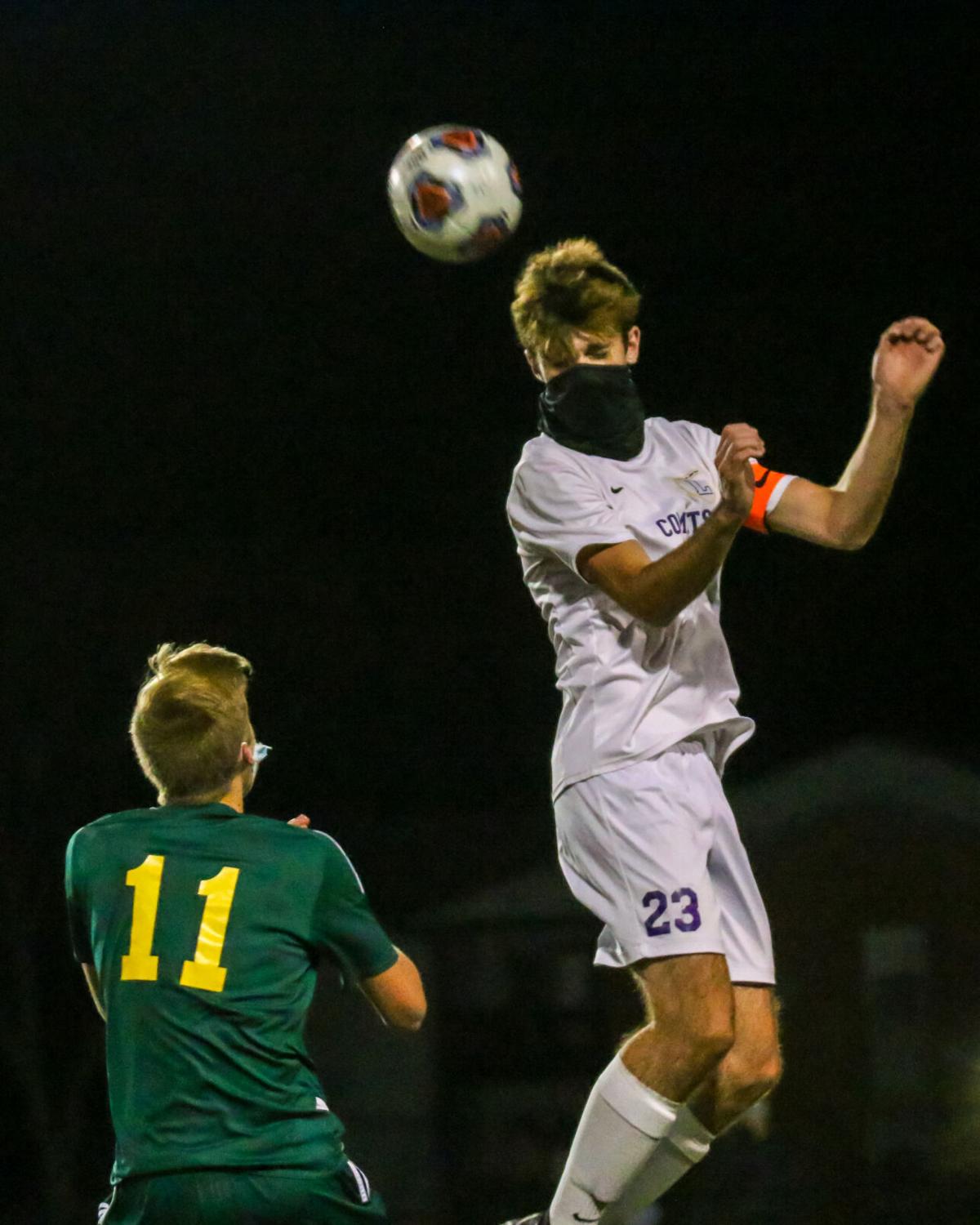 The Comets were coached by assistants Rob Sirrine and Clarke Morgan in absence of Brandon Wheeler, who was ejected after picking up a red card in the regional semifinals. Because it was Wheeler’s second of the season, it warrants a season suspension according to the Michigan High School Athletic Association’s rules.

Even in Wheeler’s absence, Sirrine said he’d be shocked if he didn’t see the Squires advance to the Division 4 state finals.

“They (Leland) played their hearts off, that’s kind of how it’s been all season long,” Sirrine said. “It’s just a lot of grit, especially when going up against a super high quality opponent like Grandville.”

Leland entered with a stretch of 19 games where it allowed less than two goals in each game. Grandville had an impressive stretch of their own, out-scoring its opponents 83-2 through 18 games and 24-1 in the postseason.

Leland won the opening kick at midfield, but spent the majority of the game on defense.

The Squires beat Leland goalie Gavin Miller on a breakaway and had a shot sail wide right minutes into the game.

After that, the Squires sent wave after wave of offense into the Comets side of the field, winning countless 50-50 balls at midfield.

It was only a matter of time before one made it past Miller.

Grandville junior Jack Hollebeck ended up being the one in the 22nd minute, then the Squires scored again in the 26th.

The Squires added another goal in the second half and Leland advanced the ball past midfield just a handful of times.

Miller finished with more than 10 saves.

“We tried to make some changes in the second half and played a little better, I thought,” Sirrine said. “But we couldn’t put one in.”

He thinks the Comets bulk of underclassmen on varsity like Whelan Sirrine, Creamer Augustin and Daniel Resendiz-Nunez will remember what Wednesday’s loss felt like.

“We’ve gotten past regionals two out of the past three years and that’s just great for the program, I’m excited to leave a mark with that,” Miller said. “It sucks to lose and they’re going to want to work harder next year and I think they’re going to be coming back next year to win some games.”

The Squires (19-0-2), who roster 13 seniors, advance to face Adrian Lenawee Christian in the Division 4 state championship.

SUTTONS BAY — Leland and Traverse City Christian grew to know one another quite well over the last month.