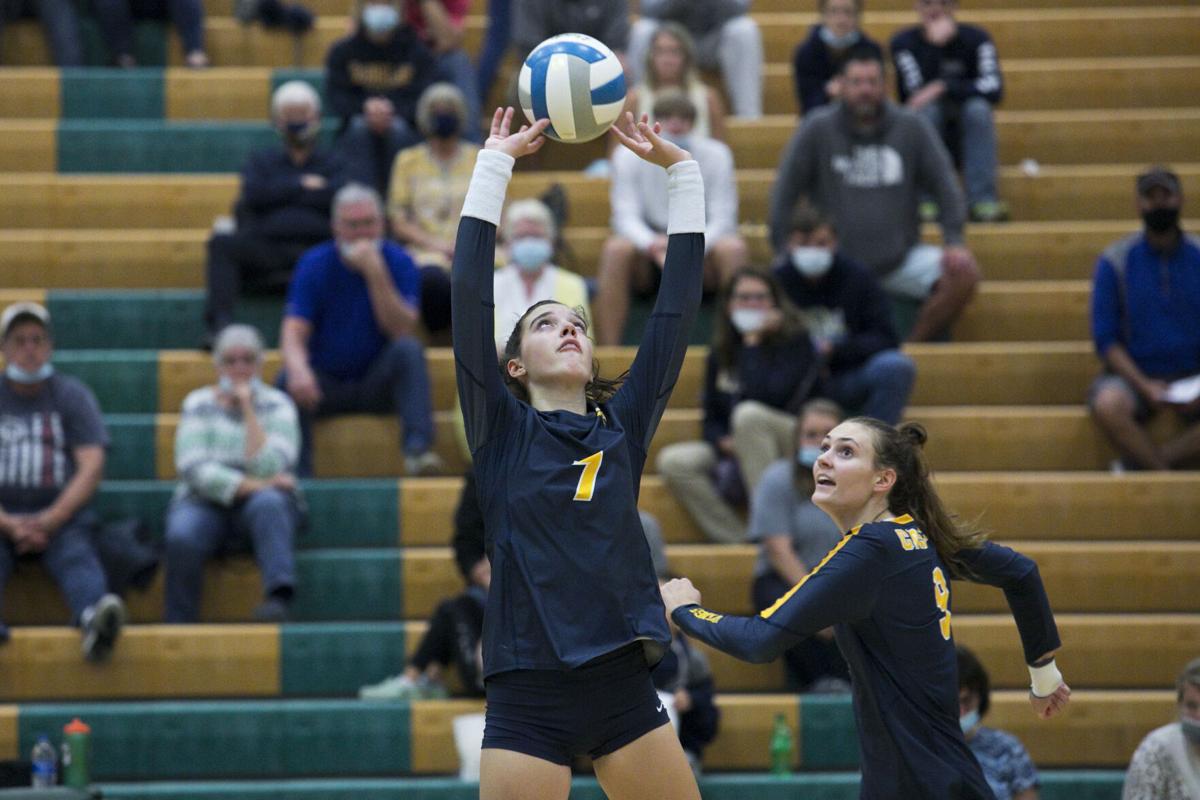 Cadillac’s Renee Brines (7) sets the ball for Carissa Musta (9) in the second game of a match at Traverse City West. 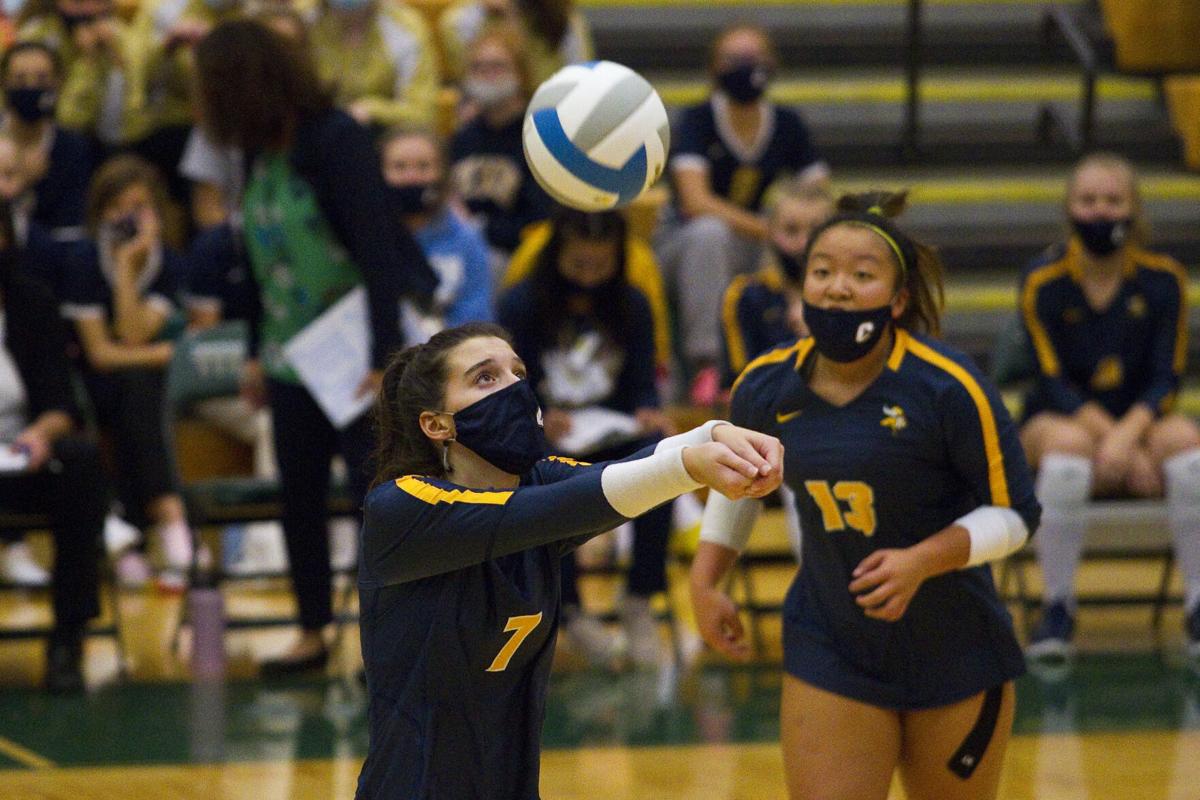 Cadillac’s Renee Brines (7) sets the ball for Carissa Musta (9) in the second game of a match at Traverse City West.

The Cadillac senior star thought she might be in consideration, but she also wasn’t convinced she’d make the short list.

Following the Vikings’ tournament at Battle Creek Lakeview, Brines and her mom and coach Michelle Brines sat down for a talk.

The finalists weren’t supposed to be released until the next day, but a Detroit newspaper published them a day before the embargo. A coach from Bronson congratulated Michelle Brines at the tournament, so she figured the cat was out of the bag and showed her daughter the confirmation email, saying she was a finalist.

“I started crying,” Renee Brines said. “It’s a really big deal for me. I didn’t know if I’d be one (of the finalists) because there are so many other good players around the state.”

Eleven finalists vie for the title of Miss Volleyball. All member coaches in the Michigan Interscholastic Volleyball Coaches Association can vote for their top three nominees, and the award is usually announced around the week of districts. Finch, also a setter, finished fourth in voting in 2016.

Brines is the only pure setter among the 11 nominees. Pontiac Notre Dame’s Aly Borellis plays both setter and middle blocker in the Irish’s 6-2 offense.

“There’s always a lot of hitters,” she said. “There’s one DS (defensive specialist). It’s cool I’m the only setter, kind of.”

“It makes me a little more confident,” Brines said. “My mom was like, ‘Everybody is going to know who you are when you walk in now.’ I’ve always had a chip on my shoulder, but this could help even more.”

Brines started as a freshman and earned all-Big North Conference honors every year, second team as a freshman and first team the last two years. She drew honorable mention all-state honors as a sophomore and second-team last season. She’s also had a spot on the Record-Eagle’s Dream Team each of the last three seasons.

She’s the only northern Michigan nominee, which surprised Michelle Brines. She thought Traverse City Christian’s Emma Mirabelli could be on the list, too.

“Playing from up here, it’s not really normal to be on the list,” Renee Brines said. “It’s cool I get to represent up here.”

The Vikings (26-6) travel Wednesday to play Traverse City Central in a match Cadillac needs to win to keep its BNC title hopes alive. The Vikings host TC West next week, hoping to force a tie atop the league standings.

Michelle Brines knew for about a week before the news broke, but had to keep it to herself. The closest she came to giving away the secret was when she asked Renee which of her senior photos she liked best, because MIVCA requested a photo for each finalist. But the coach hid what the photo choice was for, telling her daughter it was for a Traverse City Record-Eagle article.

Renee Brines hasn’t missed a single set out of 501 in four seasons, piling up big numbers along the way.

Brines has amassed 3,894 assists — over 1,000 more than Finch — as well as 826 kills, 266 aces, 1,645 digs and 138 blocks. The kills numbers are unusually high for a setter, but Brines has shown a great awareness for when to tip over the defense instead of setting. Finch produced 848 kills in her four-year Vikings career.

Kingsley Board of Education, community respond to 16-goal soccer controversy

TRAVERSE CITY — Life was grand this season for Lois McManus and Karl Gagnon.