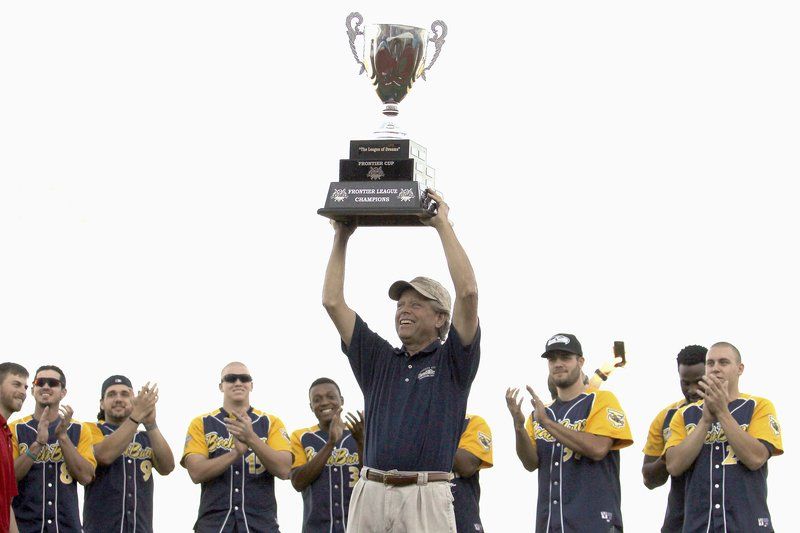 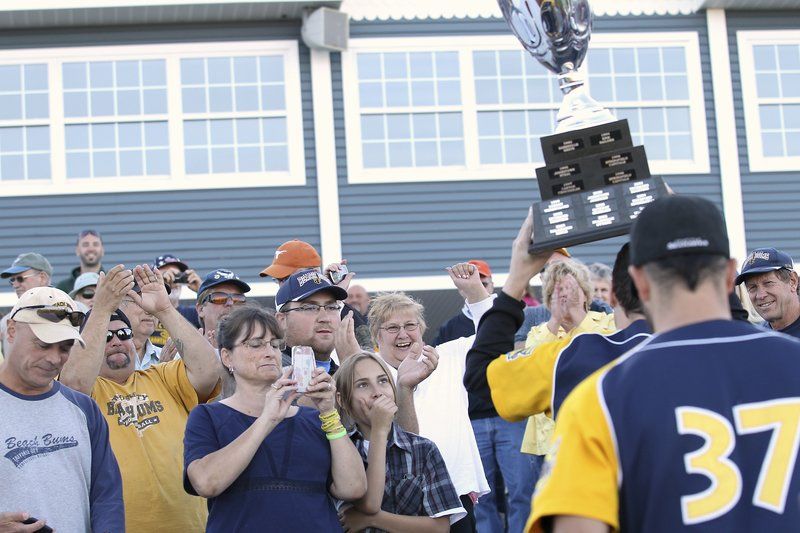 Fans watch the Traverse City Beach Bums carry the Frontier Cup into the stands as they celebrated their Frontier League championship on Monday at Wuerfel Park. 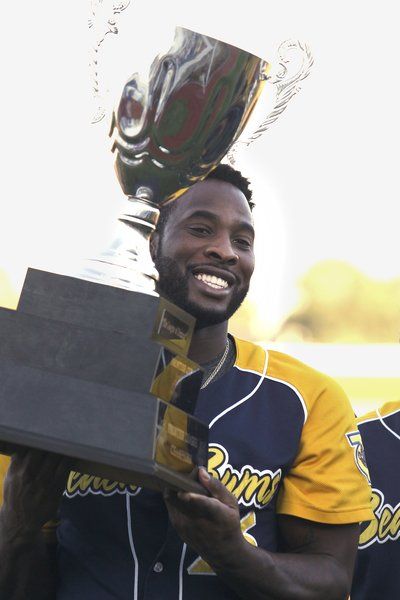 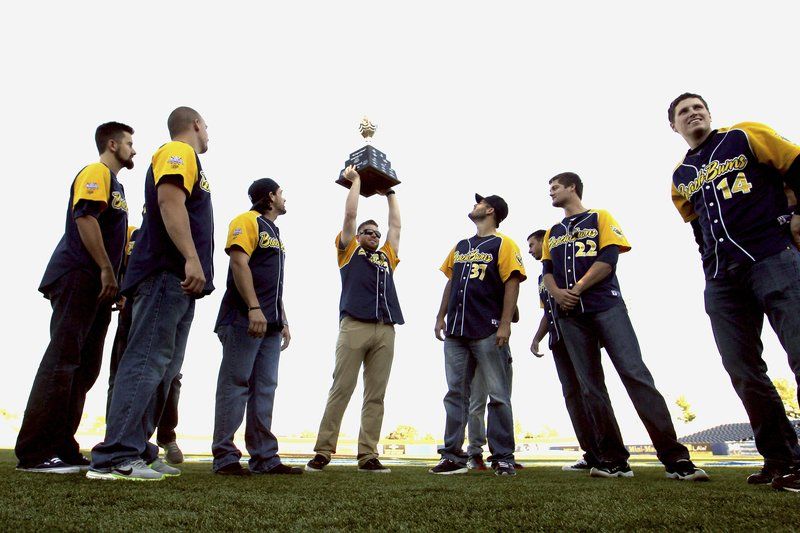 Fans watch the Traverse City Beach Bums carry the Frontier Cup into the stands as they celebrated their Frontier League championship on Monday at Wuerfel Park.

It was the most exuberant celebration of any of the Traverse City Beach Bums Monday, but it reflected what the rest of Champlin's teammates and the fans were feeling as they all gathered at Wuerfel Park to celebrate Traverse City's first Frontier League championship.

"No one else was being that excited, so I thought I would be that excited and see how they responded," Champlin said. "It was fun. I think I broke the trophy though."

The crowd and his teammates loved it, though the cup portion of the trophy did visibly wobble after the emphatic gesture.

The Beach Bums claimed the league title Friday on the road at River City, capping off a perfect 6-0 postseason with a 4-1 Game 3 win over the Rascals. Traverse City finished the regular season as the Frontier League's third-best team by record, second in the East Division at 56-38.

The Bums ended the season on a nine-game winning streak. They swept a three-game series to close the regular season against the Frontier Greys, won a one-game playoff at home versus Rockford, took the best-of-three series against Normal with a win at Normal and then one at home, and finally swept River City in the best-of-five match-up.

The turning point of the championship series was Game 2, in which the Beach Bums overcame a 5-1, sixth-inning deficit, winning on a walk-off hit by Jose Vargas, 6-5.

They didn't lose. The Bums defeated the Rascals in the series-clinching road game 4-1.

"We didn't want to give them any life," Champlin said. "We show and go. We show up and go hard. We win."

The championship season was a stark improvement for the Beach Bums after a nearly opposite record of 38-58, third worst in the league.

Injuries ravaged the 2014 roster, including third baseman Vargas, who has spent five seasons with the Beach Bums. The organization didn't panic. It took its lumps a year ago, but stuck with many players on last season's roster and also found the right pieces to add.

"I feel like it's almost like the Red Sox, how they went from the worst to the best team," Vargas said. "It shows the awesome job (director of baseball operations) Jason (Wuerfel) does getting in the type of players like Reggie (Lawson), Yazy (Arbelo), Jay (Austin), (Brandon) Jacobs. Those were huge attributes for us."

"It shows how much heart a lot of these guys had," Rohn added. "They didn't like what happened last year; neither did I. It was miserable. We got Vargas healthy, we got DeBlieux, Harisis, Rhodes, MacDougall, Ghysels back, key guys brought in — Lawson, Jacobs, Tomasovich and Bumpers — and we ran the table with those guys. From Day 1, that lineup stayed pretty much the same all year. It shows how much class they have and how good they really are."

At times, when things weren't going quite so perfectly for the Beach Bums this season, Vargas said he encouraged his teammates to just make selfless plays, which would lead to team success.

It was a philosophy Vargas said he has adopted over the past couple seasons, rather than focusing solely on the idea of getting signed to an affiliated team.

"I feel like (winning the title) is the ultimate accomplishment," Vargas said. "I felt like the ultimate goal was to get picked up and signed, but something I have learned the past two or three years is to just come out here and enjoy the game of baseball, because you never know when your last one is going to be. This year I switched my view on myself and focused on being a team player and focused on winning and hopefully winning a championship. It's what we did, and it's something I'll never forget."

Vargas said unless an attractive coaching job comes along, he can't think of another reason fans won't see him back in Traverse City next season.

John Wuerfel, who along with his wife Leslye Wuerfel owns the team, said winning the Frontier League championship was a dream come true.

"It's probably one of the highlights of my life," he said. "Bringing something like (the Beach Bums) to Traverse City will be here long after I am gone. We have a championship now for the town and everybody. I am one person, they are many. We did it for the community. The fans have been great. The town has been great to back us. I wouldn't build this stadium anywhere else."