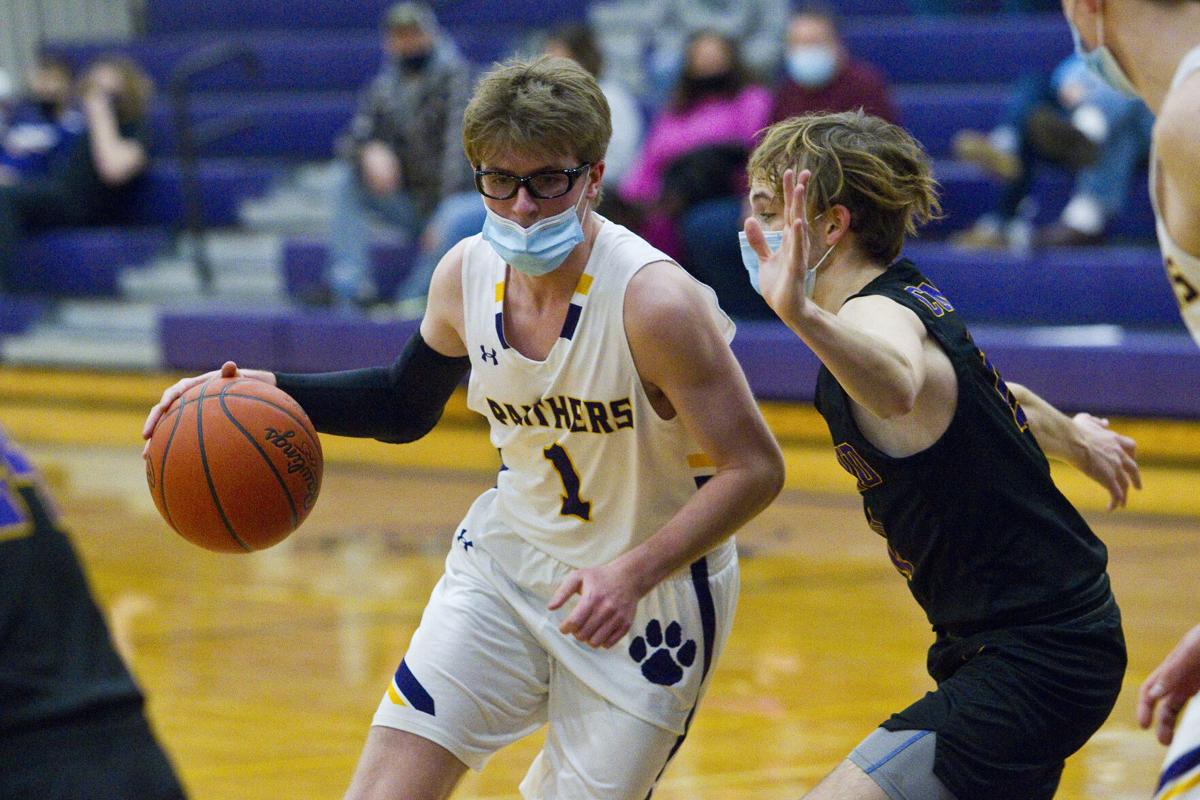 Frankfort’s Blake Miller (1) tries to drive around Leland’s Ben Kiessel (11) in the first half of a game last season. 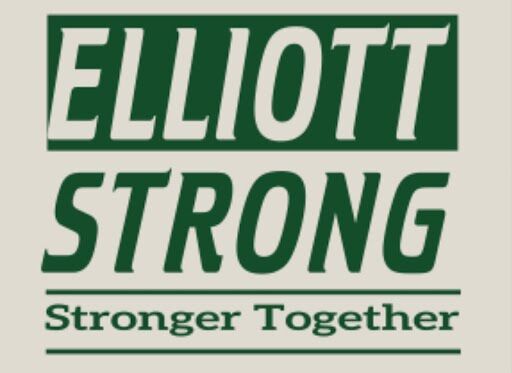 The Elliott Strong logo players on Glen Lake and Frankfort will wear during warmups Friday.

Frankfort’s Blake Miller (1) tries to drive around Leland’s Ben Kiessel (11) in the first half of a game last season.

The Elliott Strong logo players on Glen Lake and Frankfort will wear during warmups Friday.

FRANKFORT — The Glen Lake-Frankfort game frequently decides the Northwest Conference champion, but both schools will be cheering for the same reason Friday night.

That would be Panthers’ sophomore JV player Elliott Hammon, who’s currently recovering from brain surgery at Helen Devos Children’s Hospital in Grand Rapids after being diagnosed with a tumor just two weeks ago.

All four basketball teams — both Glen Lake and Frankfort’s boys and girls squads — will wear white “Elliott Strong, Stronger Together” t-shirts during warmups for Friday night’s basketball games between the Lakers and Panthers. Frankfort senior Blake Miller designed the shirts.

Hammon’s brother, Luke, played with Miller years ago. Hammon’s mother, Sue, teaches sixth grade at the elementary school and his dad, Steve, coordinated youth basketball in the area for many years.

“We, as a team, felt like we needed to do something for him,” Miller said. “As high schoolers, you can’t really physically do much to make somebody feel better when they’re downstate and you’re only 16 and 17 years old.”

The original plan was to have Frankfort’s JV and varsity teams warm up in the shirts to show support and raise awareness for Hammon. Miller wanted to do something of his own either way, even if it was just changing out his shoelaces.

That’s when Glen Lake girls basketball head coach Jason Bradford caught word of what Miller was planning via Facebook and said the Lakers would love to wear the shirts as well. The three families share a few connections, as Bradford went to high school with Miller’s mom, Becky, and his son plays 3-on-3 basketball with one of Hammons.

Bradford picked up the shirts Thursday night so that the players can wear them at school Friday.

“It’s a big rivalry game, but it’s bigger than basketball at this point,” Miller said.

On the boys side, Frankfort (3-0, 2-0 Northwest) hasn’t yet lost in its three games to start the season. The Panthers look to build on a run to the state quarterfinals returning Miller, a third-year varsity player who played during the Panthers’ run to the Breslin Center in 2019.

Glen Lake (3-2, 1-1) had a hot start to its season, beating Elk Rapids, Leland and Lake Leelanau St. Mary with Luke Hazelton netting 30 points in two of those wins. Since then, the Lakers lost to Buckley 61-59 and Charlevoix 56-48.

On the girls side, the Lakers (6-0, 2-0) have looked as dominant as they have been for the better end of the last decade. They hope to improve on a quarterfinal run of their own in 2021, losing to Calumet. Glen Lake hasn’t had more than four losses in a season since 2015, amassing a record of 124-17 during the last six years.

But the Panthers (3-2, 2-0) also had a deep playoff run in girls hoops last year, advancing to the regional finals and falling to Division 4 state runner-up Bellaire.

They lost Regan Thorr from that squad, who signed on with Alma to dual-sport in basketball and volleyball.

The girls game is at Glen Lake and the boys game is at Frankfort. Both start at 7 p.m. Friday.

Editor's Note: This story has been updated to reflect a correction. Steve Hammon, Elliott's dad, coordinated youth basketball games in the area for many years.