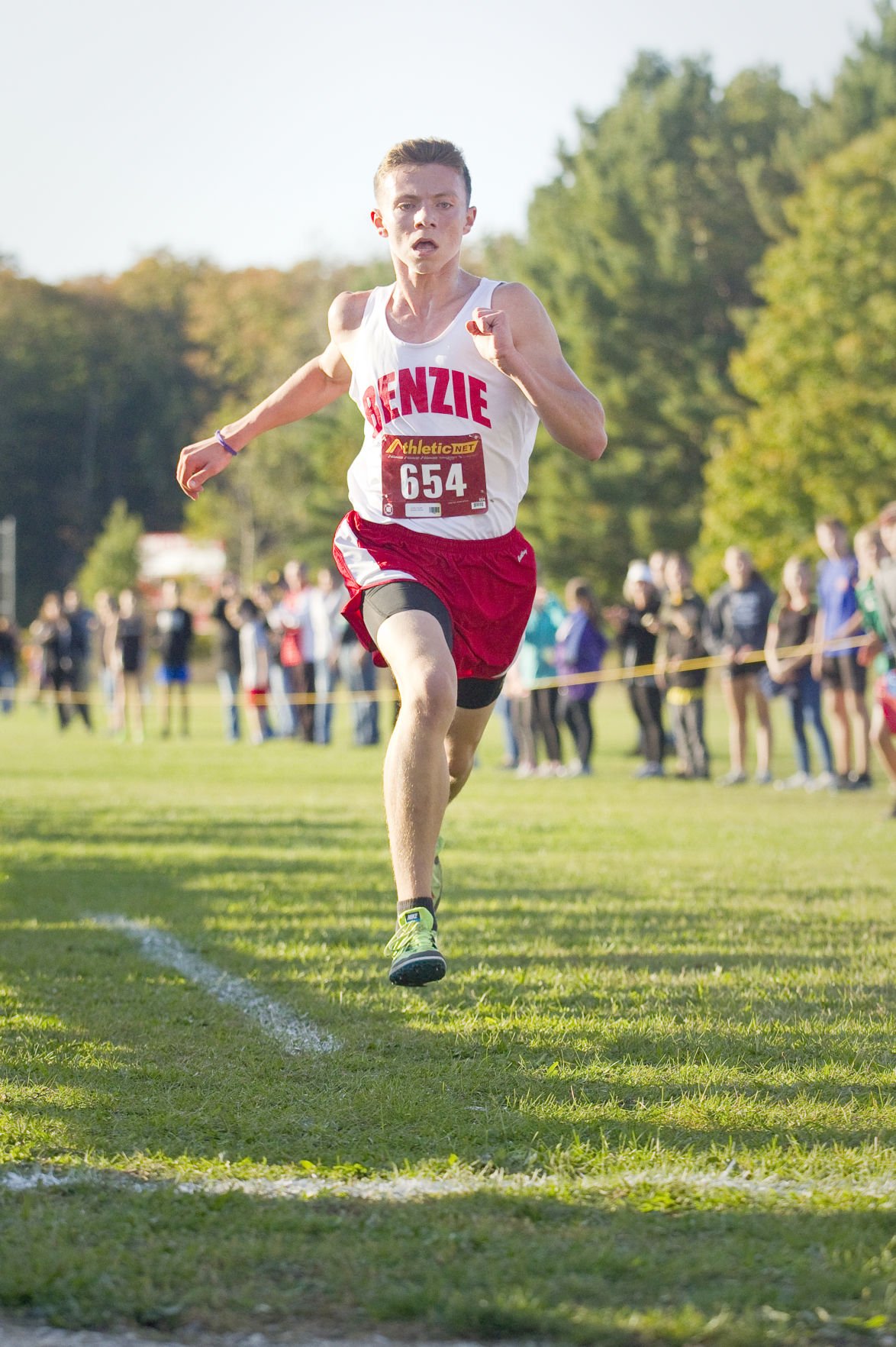 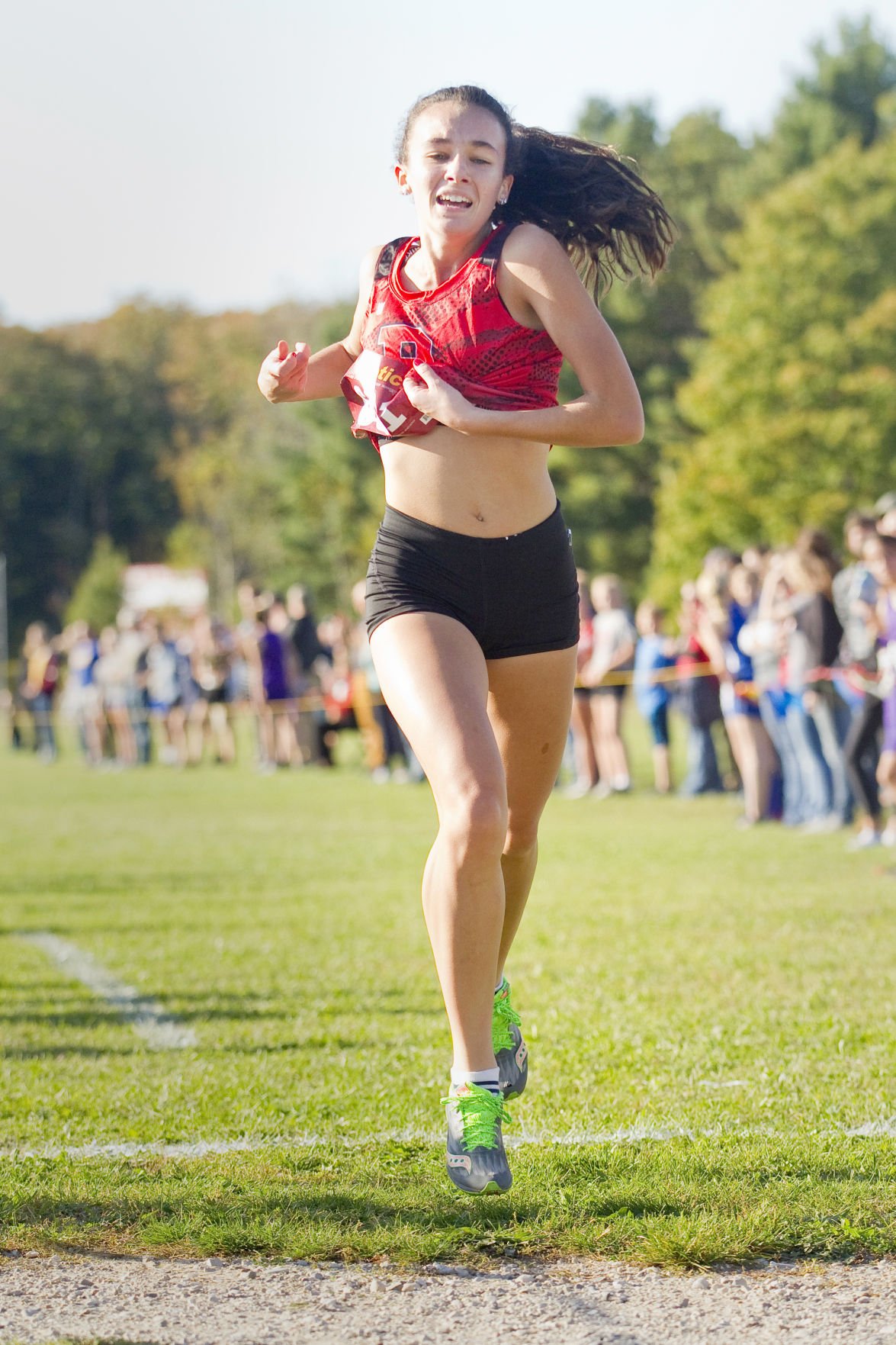 Those inside the program know all about the streak and put a concerted effort into keeping it alive. Those outside the program, prepare to be amazed.

The Huskies cross country teams, both boys and girls, have never lost a Northwest Conference meet since they joined in 2007.

Benzie Central kept that streak alive thanks to runners like freshman Hunter Jones and junior Cierra Guay, who each ran a personal best on Tuesday and claimed the individual Northwest Conference titles.

“They came with a lot of pride that we were going to show up today,” Huskies head coach Asa Kelly said. “This means a lot to us. We want to keep the streak alive and and they did it in great fashion. Without question.”

Jones was the talk of the meet, which is beginning to become a routine occurrence, after running yet another personal best. Jones crossed the finish line in 15:25.19, shaving 13 seconds off his last best time and reclaiming the fastest time for a freshman in the country after Billy Carlton ran a 15:37.6 in Decatur, Georgia at the Alexander Asics Invitational last weekend.

Jones was 1 minute, five seconds faster than his closest competitor which was teammate Tyler Kintigh (16:30.22). The Huskies took home the top three spots in the boys race with Connor McLaren posting a personal best 17:15.74 to finish third, beating Kingsley’s Jake Lathrop (17:38.31) out.

“I didn’t think I would get this fast this quick but all of the work we are doing in practice has led me to excel, it made it a lot easier,” Jones said. “I just try to use goals to push myself and try to do the impossible.”

The dawn of the Hunter Jones era at Benzie reinvigorated the Huskies according to Kelly.

“He (Jones) woke up the whole team and said we have to change how we do things because we can get back to where we were,” Kelly said.

Jones is poised to break the Benzie Central school record, of which he is only 11 seconds off of, and Kelly hopes he will be running at the national level by the time he is a senior.

“He will do whatever you tell him to in a race,” Kelly said of Jones. “I gave him straight splits and told him where to surge and he performed to a tee. Even your most polished seniors can’t do that. It’s amazing this kid is doing it at 15 years old.

“I don’t know what is inside of him but it’s unreal. That kid has the highest pain threshold I have ever seen.”

Guay equally impressed with her personal best 19:06.2, shaving nearly 34 seconds off of her previous best that happened only 10 days ago at the Shepherd Bluejay Invite. Guay was on a mission to take the conference title over Glen Lake’s Makenna Scott and she made no mistake with her intentions.

“She ran exactly as we asked her to race today,” Kelly said. “She took the lead and every spot we told her to surge, she did. She owned it.”

“I asked myself how many times I have wanted to do this,” Guay said. “I’ve dreamed about this moment and the moment is finally here. It has been a goal for me to be conference champ because last year I was third for Benzie and fourth overall and McKenna (Scott) beat me last year.”

Kingsley’s Lauren Wooer placed third (19:50.52) and the Huskies rounded out the rest of the top 7.

The Huskies had five out of the seven first-team all-conference runners. Guay, Faith Grose, Elise Johnson, Hayley VanWagoner and Savannah Rogers all made first-team for Benzie Central. Scott and Wooer were the other two members.

The Huskies dominated on Tuesday and Kelly said the team was pumping themselves up for this meet for some time.

“When you are doing anything in life with confidence, you’re dangerous,” Kelly said. “These kids stepped to the line today with absolute confidence.”

The Huskies will start the postseason on Oct. 26 when they host regionals which sets them up nicely to match or beat Tuesday’s times.

“We can be two teams on the podium, potentially,” Kelly said. “The girls look the part and I keep telling these guys that we are ranked sixth this week but we are only one or two guys away from being ranked second. That’s how close we are.”