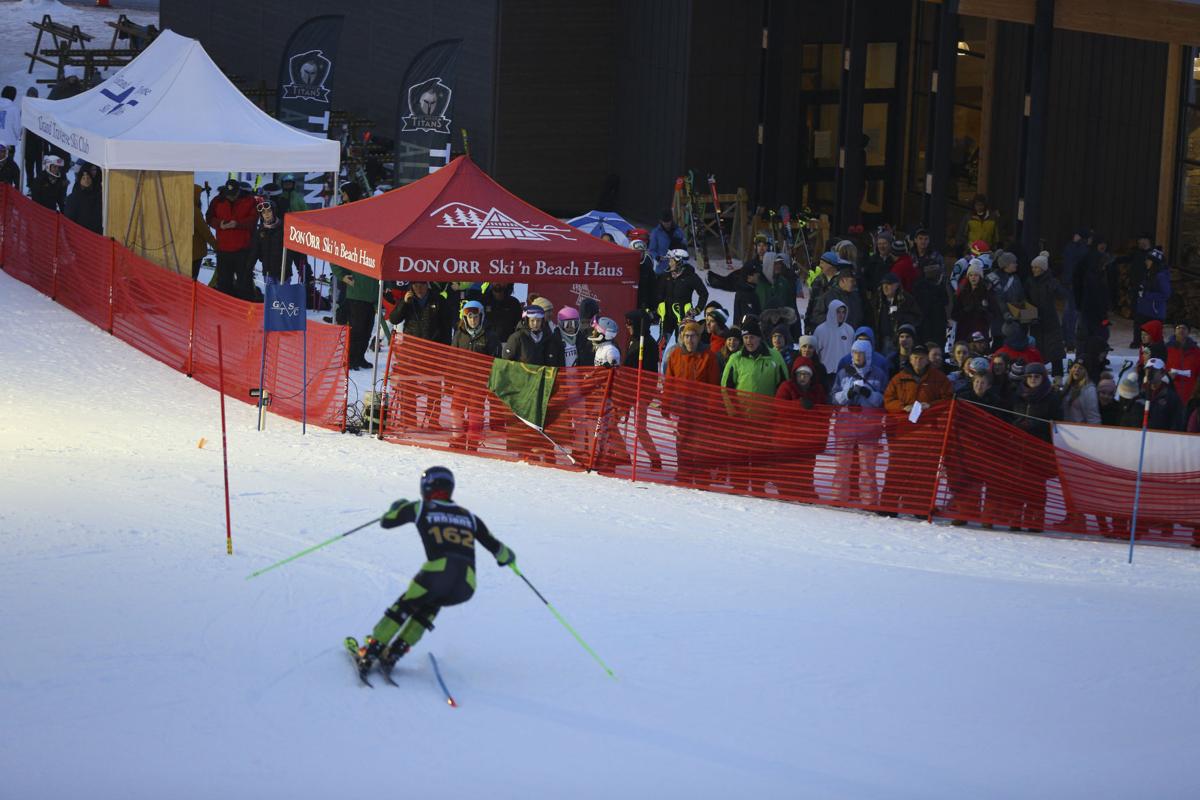 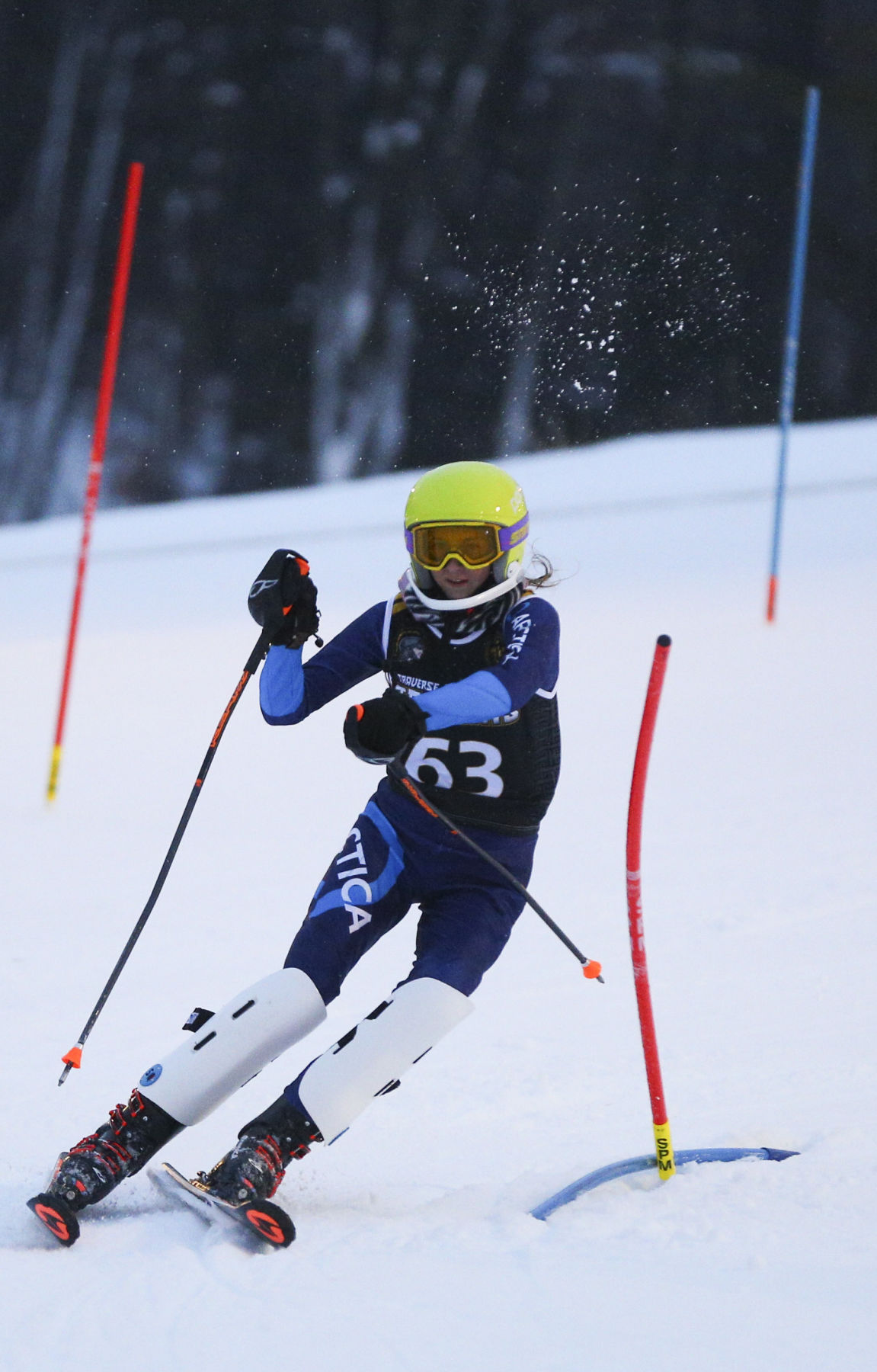 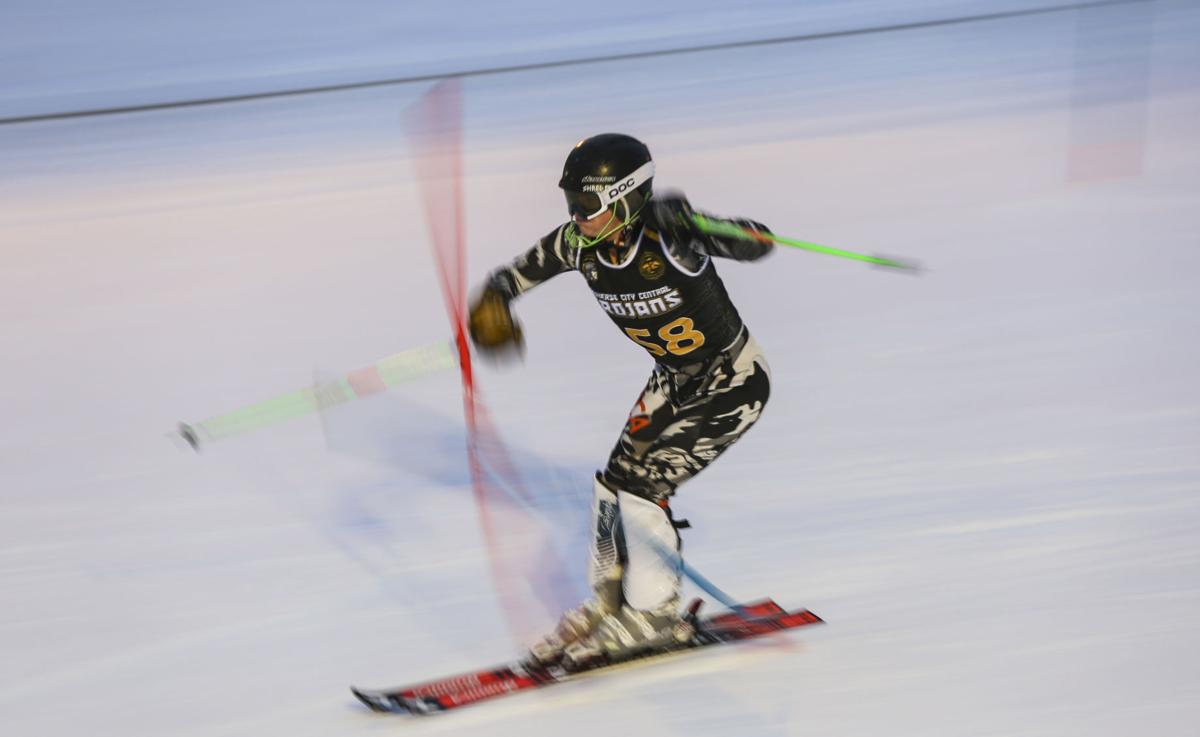 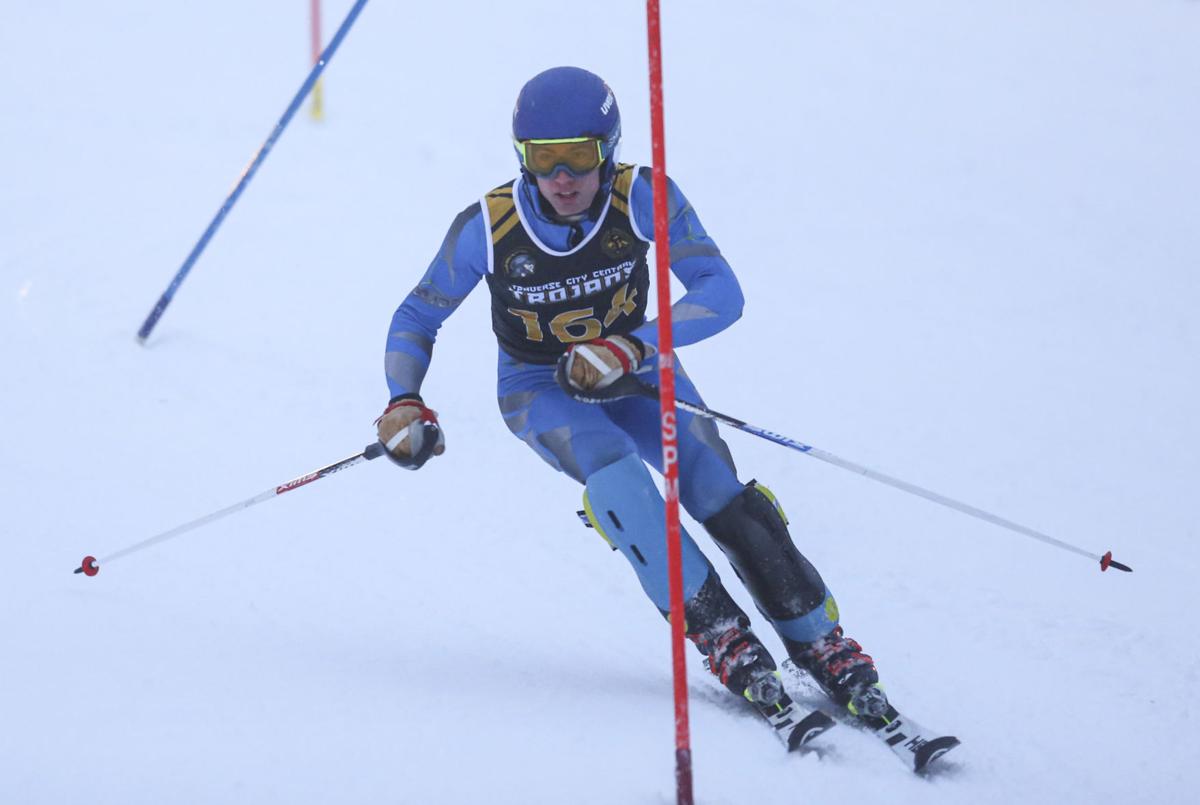 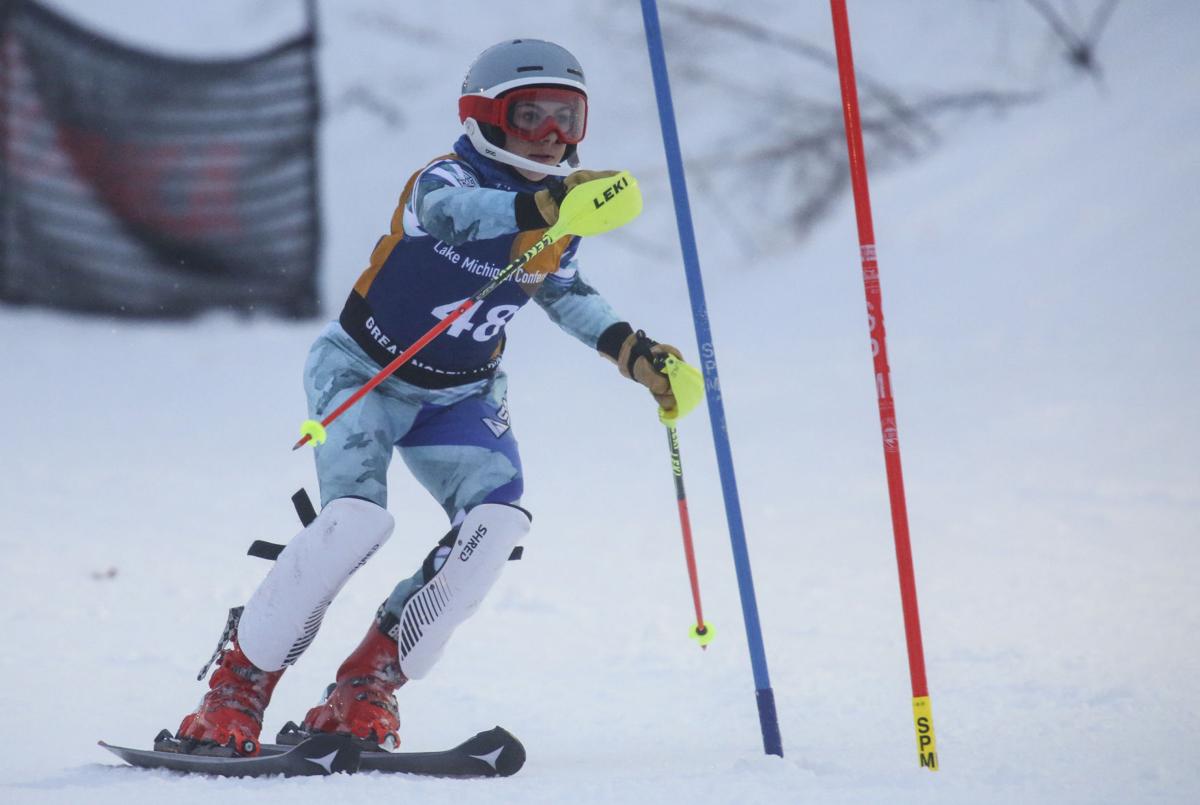 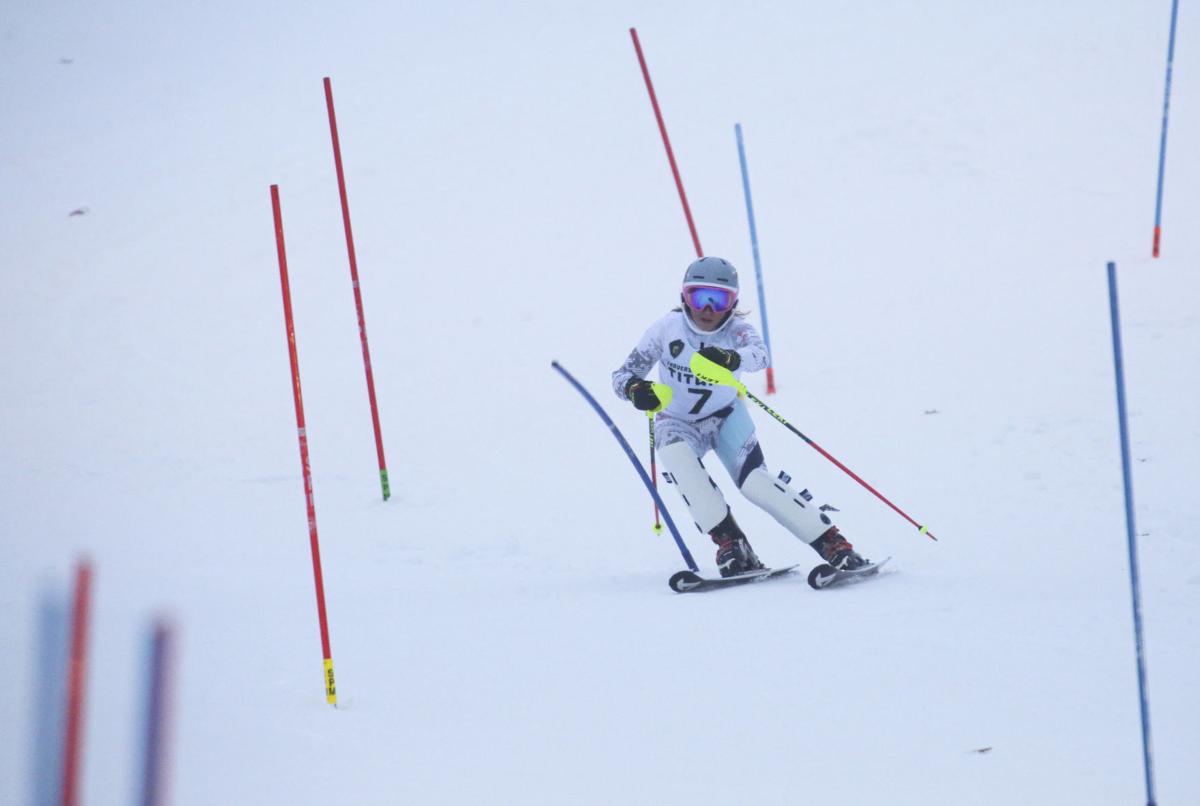 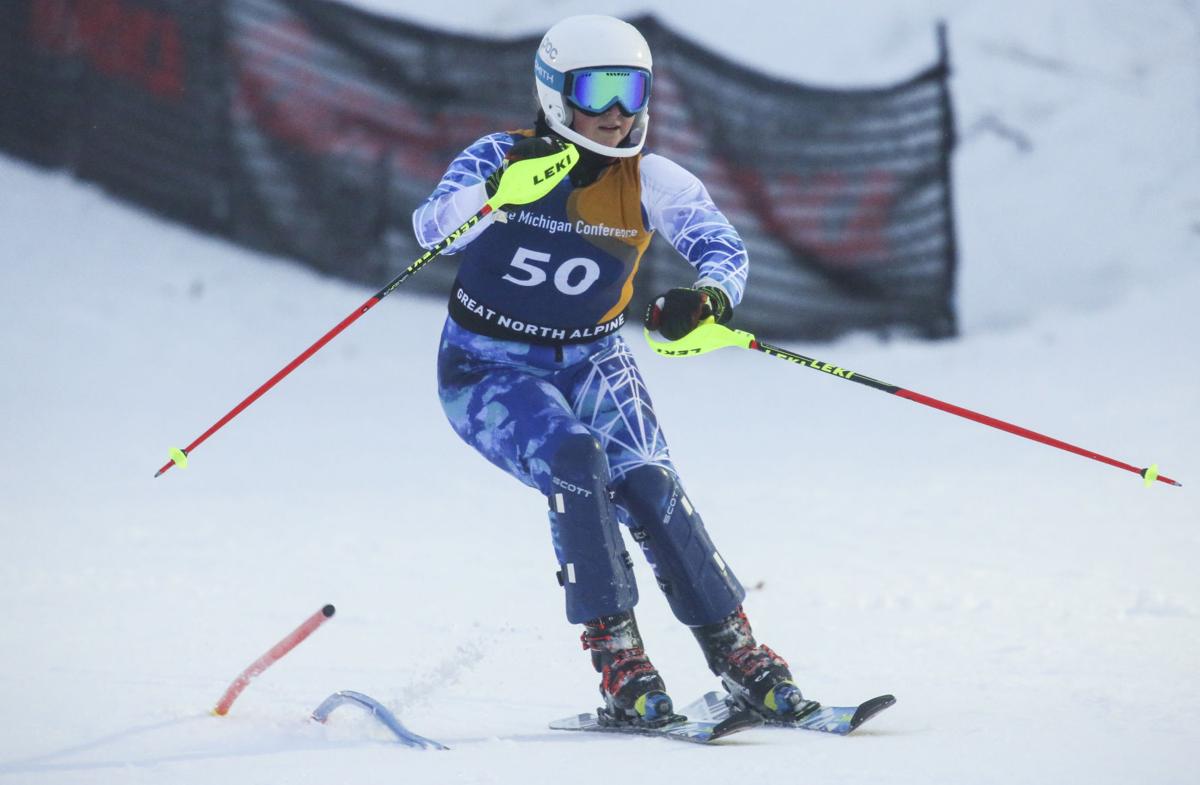 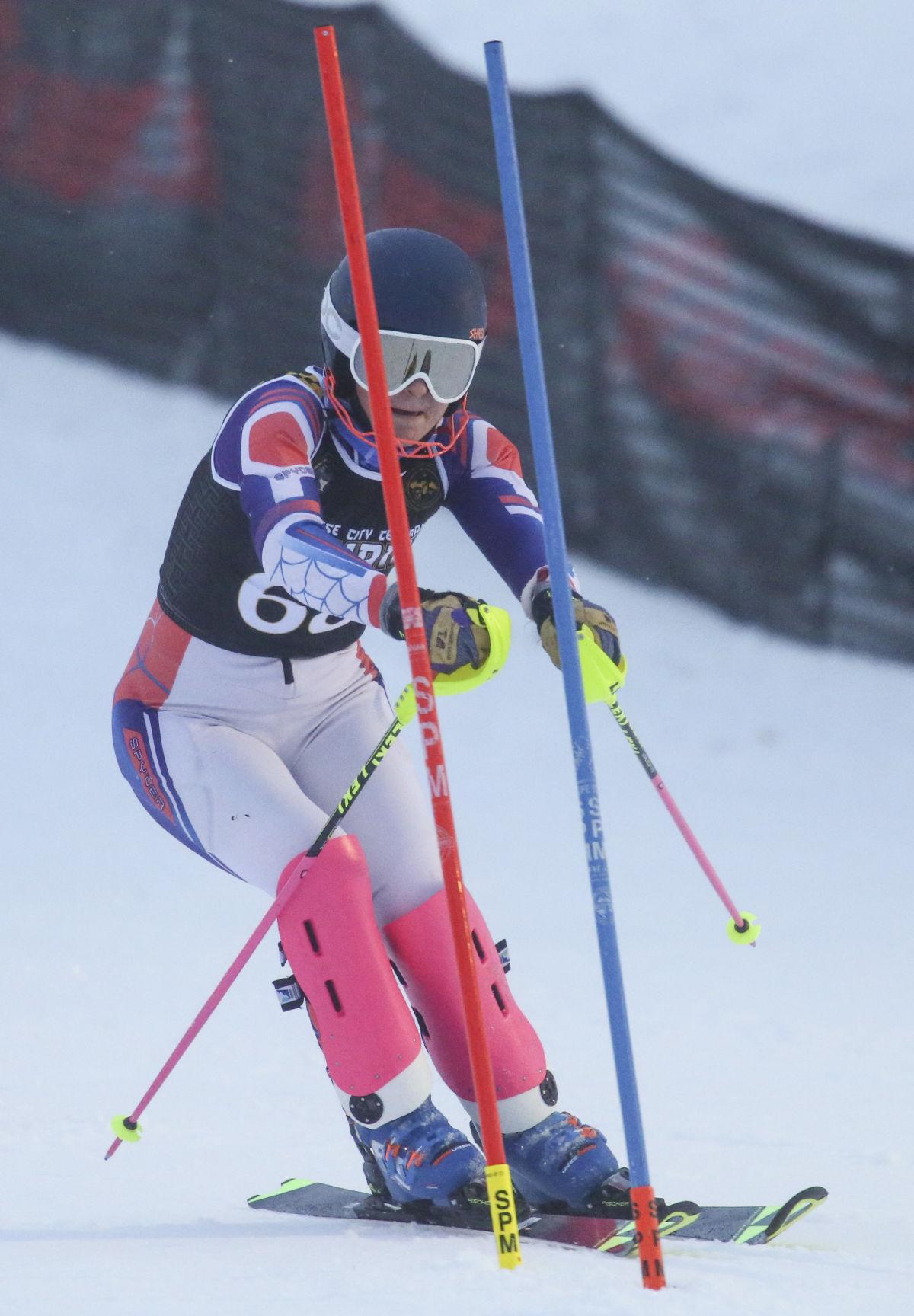 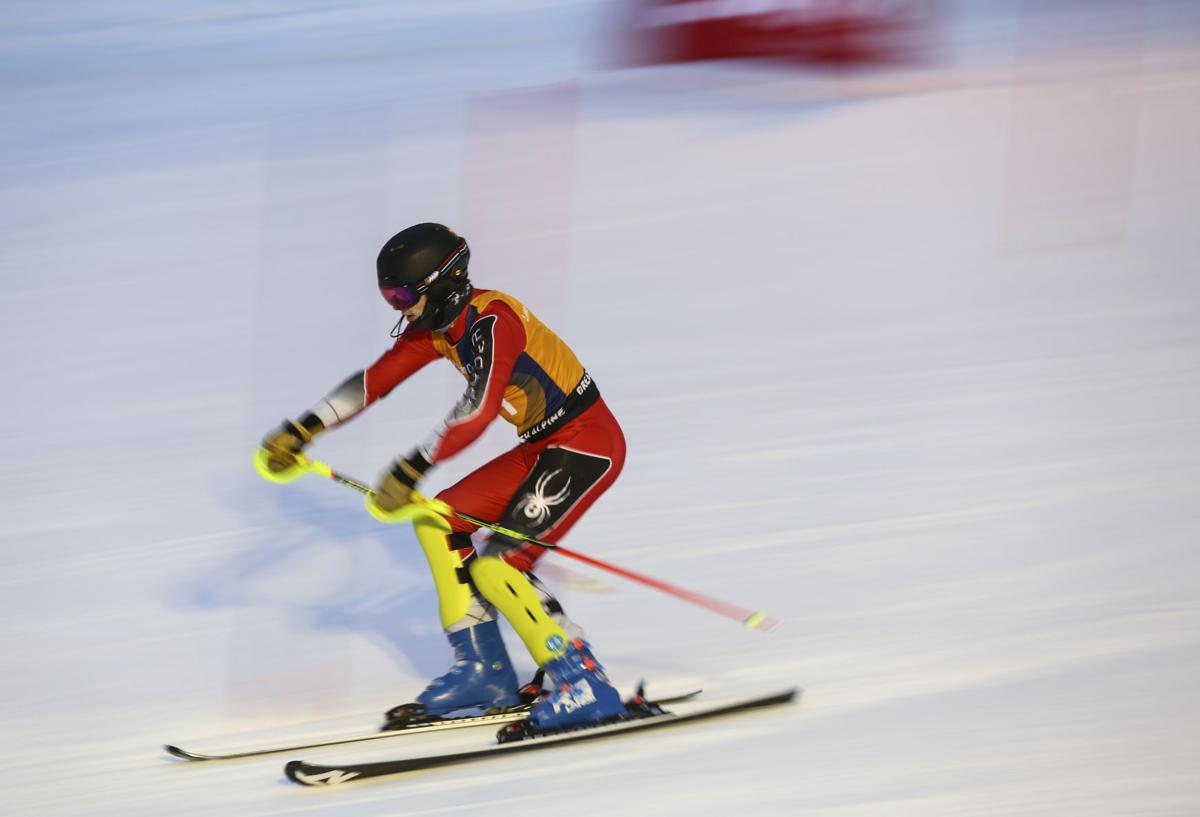 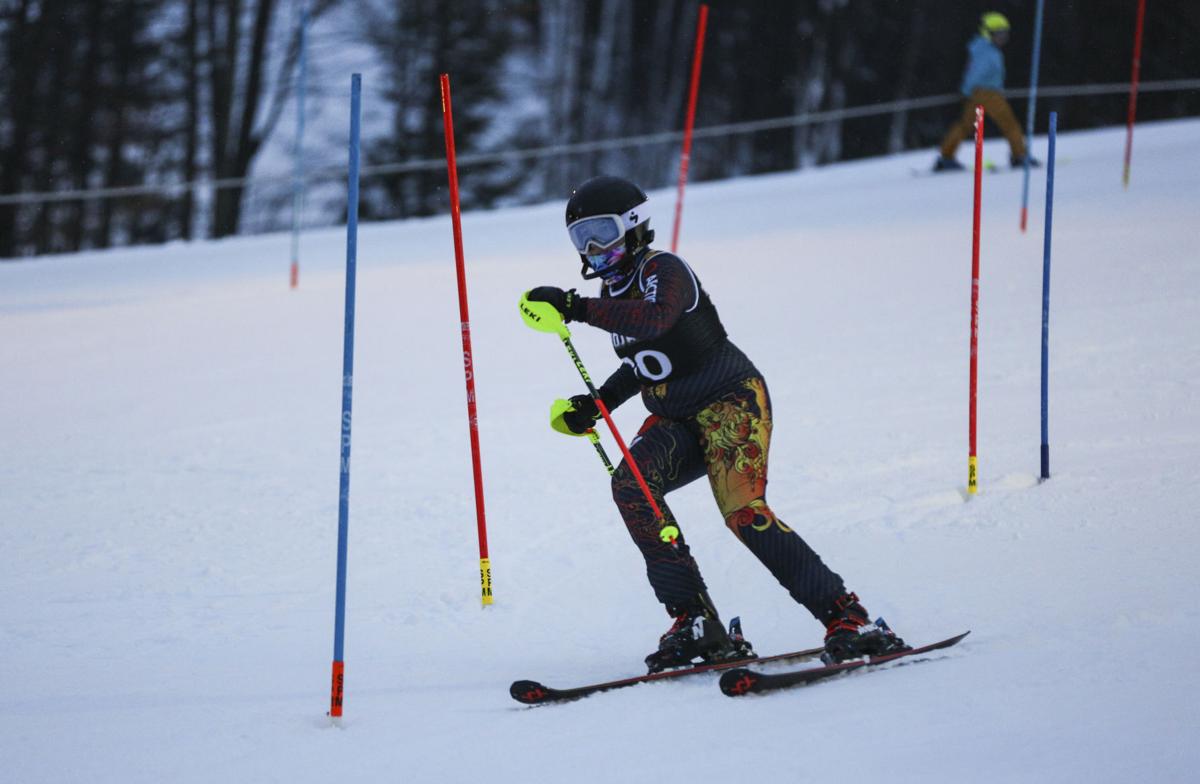 Johnson and the TC West team were in a tizzy because this year’s event changed runs at Hickory Hills. The last three years were ran on the back of the hill, away from the lodge and parking area, and the switch to the Magna Carta run near the lodge was universally well accepted.

“It’s the first time anybody has ever raced on this hill,” Johnson said. “It worked out that the city decided they’d love to have us here and we’re just super excited that they were on board with it. I think it’s gonna be a thing moving forward.

“We’d like to keep it right here and right on this hill. So much more convenient for people that come in and out of the lodge, they can warm up or they can eat.”

Dozens of spectators filled the parking lot and huddled in front of the fire in the lodge between races. As the only meet for TC West, TC Central and Great North Alpine within the Traverse City limits, the Peppi Teichner gave new spectators a chance to see these teams in action.

“It’s exciting for the athletes because their peers get to get out here to watch them,” Johnson said. “That’s kind of a rare thing in ski racing, so I think they get really pumped up about it and it’s exciting to see that happen.”

Johnson’s Titans showed out in front of their friends and family and took home the podium in both the boys and girls slalom.

Warren needed to make up more than 0.4 seconds on her second run to take home the gold.

“It’s quite different from last year because we don’t have (Hannah) Schramski but I’ve tried to kind of take over her leadership role,” Warren said. “It’s fun to have my classmates finally see what I do, what I talk about and what they hear like over the loudspeakers at school after race day.”

“All of that training I have been putting in over the last few years is finally starting to pay off,” Lewandowski said. “It’s stacking up pretty nice right now, I just need to keep the same mentality going, keep it intense and keep training hard.”

TC Central’s top boys finisher was Gus Dutmers in fourth place with a 56.06. Luke Wiersema rounded out the top five for the Titans with a 57.11.

Johnson has high hopes for both of his Titans teams following the double wins.

With state finals looming in several weeks, Johnson feels both of his teams have a shot at making the state finals.