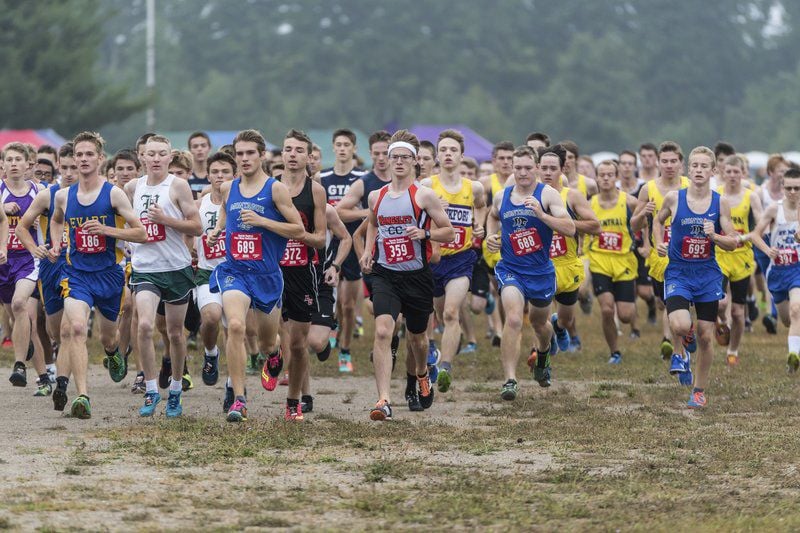 Special to the Record-Eagle/Rick SackRunners take-off from the starting line at the Pete Moss Invitational at Benzie Central Saturday. 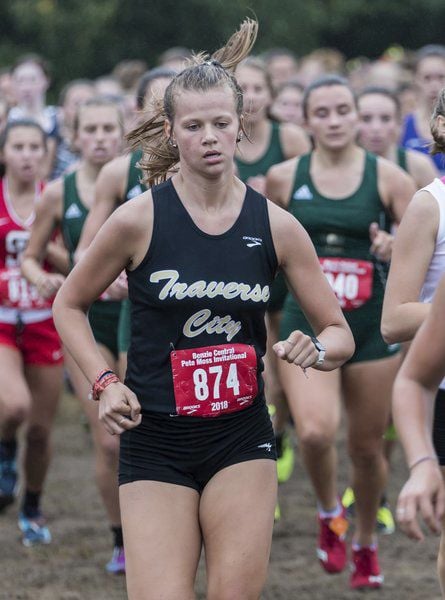 Special to the Record-Eagle/Rick SackRunners take-off from the starting line at the Pete Moss Invitational at Benzie Central Saturday.

Runners took to a wet course early Saturday morning looking to make a big first impression in front of schools from around the state.

Athletes from 41 schools made the trip to Bezonia including defending girls Division 3 state champion Hart and Division 1 powerhouses Ann Arbor Pioneer and Northville.

The course conditions improved as the morning progressed, but according to host Benzie Central's head coach Asa Kelly the course needed the rain and it helped runners in the end.

"It ran faster because of the rain," Kelly said. "It had been so ridiculously dry that it was soft and dusty in a lot of spots. It was a blessing to have that rain come down last night because it really firmed everything up nicely."

Although no area varsity teams came out of the invite with the top prize the TC Central JV squad ran away with the boys JV division, toppling Grand Rapids Christian by 17 points.

The Kingsley girls team placed second in the girls small school race to give them the top varsity finish among area teams. Lake Leelanau St. Mary's took sixth, Glen Lake eighth, Leland ninth and Frankfort rounded out the top ten in this division.

"Ann Arbor Pioneer and Northville are powerhouses and it is really cool they come up here to run this meet," TC Central girls cross country coach Lisa Taylor said. "I think more and more downstate teams are going to want to come up here to see what is going on in the state because there are such good teams up here."