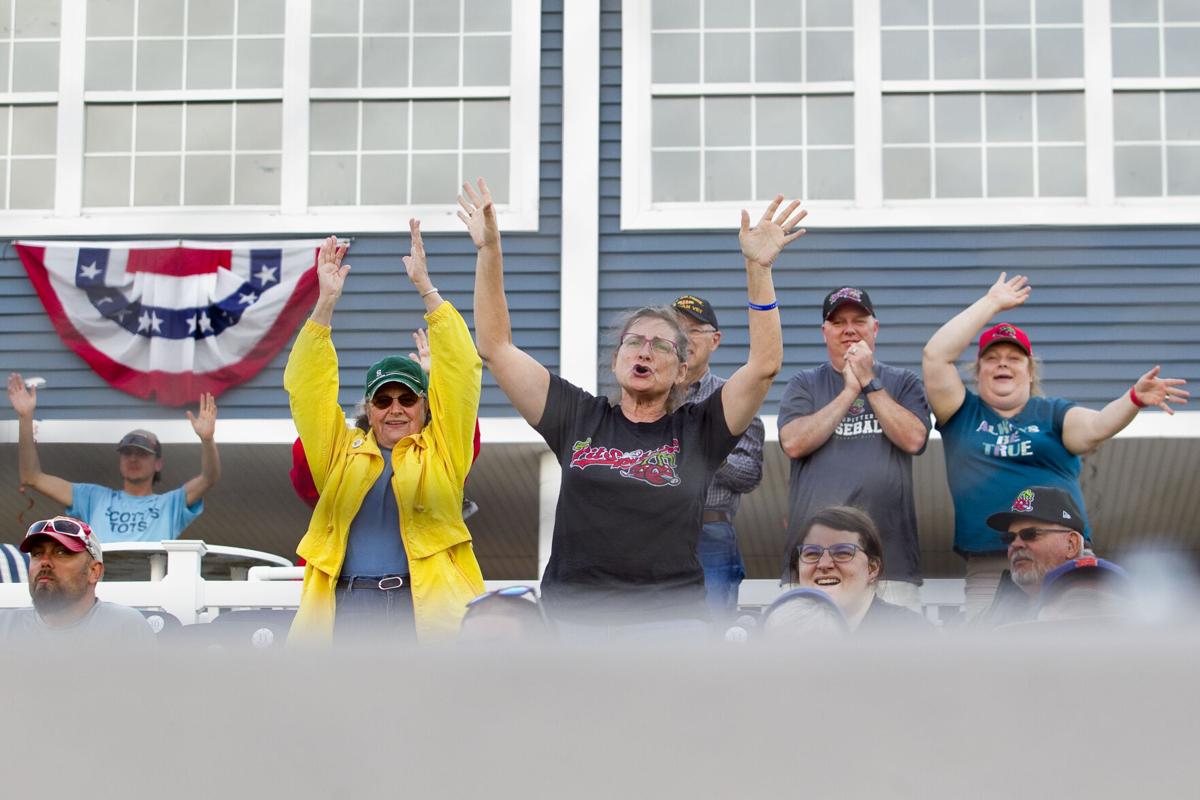 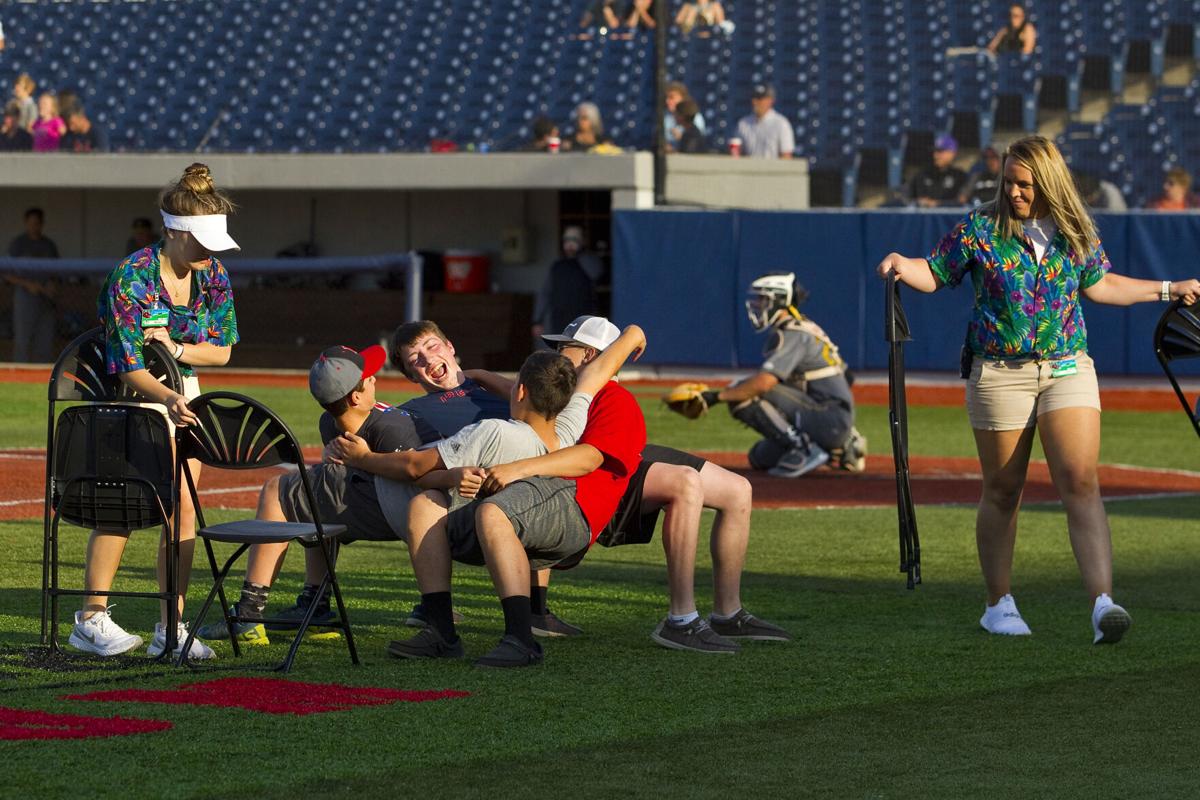 Fans take part in a game in between innings during a Traverse City Pit Spitters game at Turtle Creek Stadium. 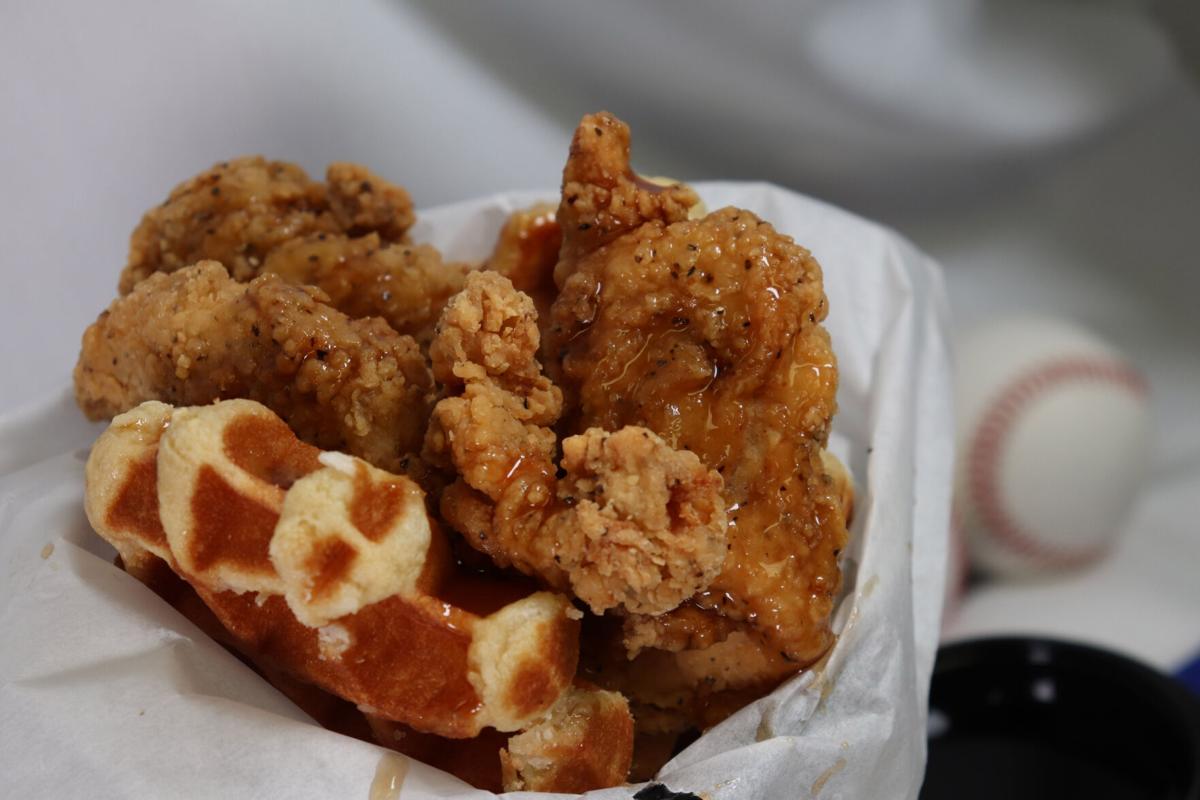 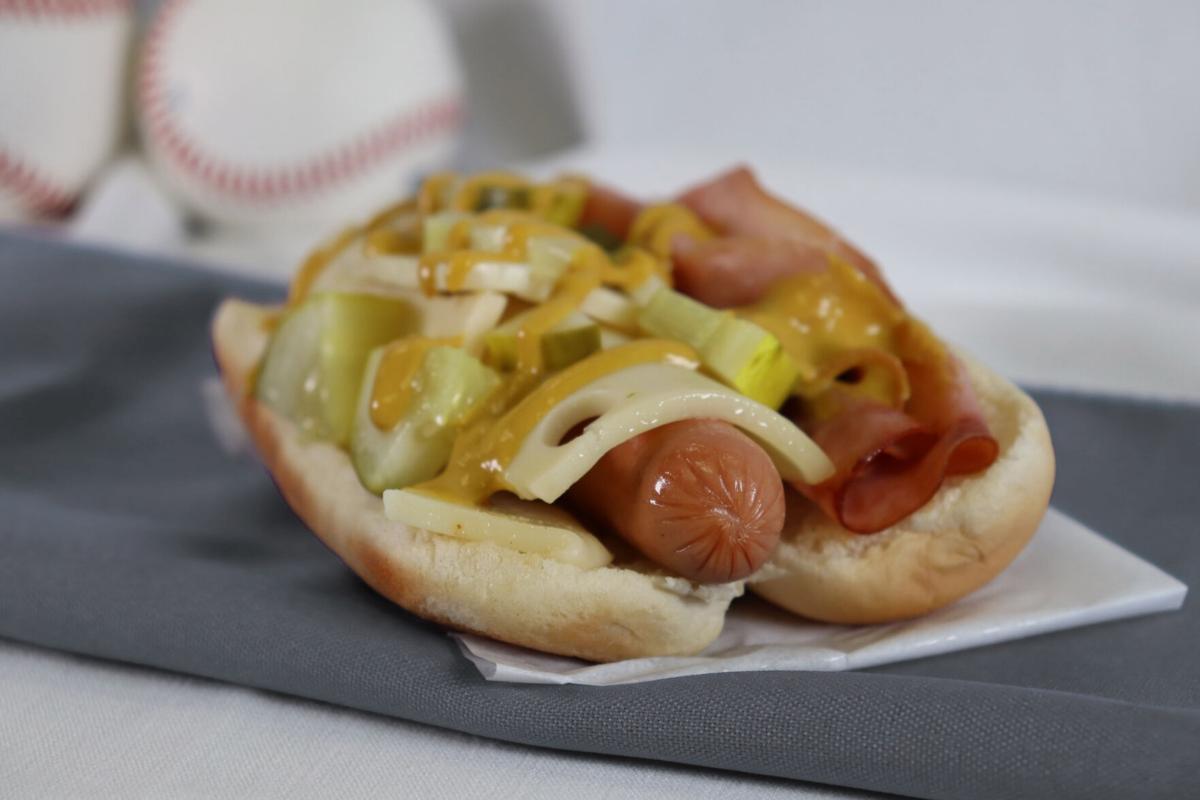 Fans take part in a game in between innings during a Traverse City Pit Spitters game at Turtle Creek Stadium.

TRAVERSE CITY — Things will start to look much more normal at Turtle Creek Stadium for fans of the Traverse City Pit Spitters this season.

“We were excited,” Pit Spitters general manager Mickey Graham said. “This is what we do. This is what we plan all year round to be able to put on these events. That’s what our staff loves to do is for provide an outlet for people an entertainment outlet for folks.”

As soon as Whitmer announced a plan for the outdoor capacity limits to be lifted, Graham said his staff started to go to work redoing the layout to the stadium.

Season ticket holders were moved to their original seats, groups were accompanied for, and starting Monday, May 24, fans were able to purchase tickets at any seat for any game they wanted.

“What fans can expect to see in 2021 is going to be much more like what they saw in 2019 with the with the fan experience that we like to provide, the increased fan engagement.” Graham said. “All the fun returned to the ballpark in a lot of different ways.”

Sanitization stations are still scattered throughout the ballpark. Seating on the suite level — which is indoors — is still limited to 50 percent until further notice, as is capacity inside the gift shop.

Anyone who is not fully vaccinated is also being asked to wear a mask at indoor area of the ballpark such as the ice cream room, restrooms and suites. Masks will be available on site. There is no mask requirement for outdoor areas of the ballpark.

Additionally, Graham said there are still restrictions on player-fan engagement until further notice, such as post game autographs.

Included in the Pit Spitters public COVID-19 Response Plan, which currently permits them to play in Grand Traverse County, is this line: “Any and all player-fan engagement is strictly prohibited for player and fan safety. Autograph lines, meet and greet events, and player appearances are currently forbidden.”

The Northwoods League removed paywalls from the league’s streaming service for all games, so fans can watch every NWL game for free online. Stephan Walker calls all home Pit Spitters games.

The two winners of the Spitters’ fan food contest, the Cubano Dog and Chicken and Waffles, will be offered at the stadium this summer. In addition to those two the team is adding several other food items to the menu.

“We didn’t have fireworks last year, because our capacity limits and didn’t really make financial sense to do fireworks, but those are back this year and we’re excited to have them,” Graham said.

The Pit Spitters have a whole lineup of themed days and promotions on deck for the summer.

Jerseys from the two teams that played in the 2020 NWL pod, The Great Lakes Resorters and Northern Michigan Dune Bears, will be auctioned off with proceeds going to charity. The Spitters will play using those jerseys July 19 and 20.

Fans can sit on the left field warning track for the Spitters games on June 2 and July 16. The cost is $150 for four tickets with an on-field patio table and personal wait staff. Four tables will be available per night.

Dime hot dogs make their return for two Monday contests: June 14 and July 25. All hot dogs will be 10 cents.

June 19 — Resorters Salute: The Great Lakes Resorters make a come back for one night as the Pit Spitters play as their 2020 rivals; Resorters jerseys to be auctioned off with all proceeds going to charity. 1K Beer Run.

June 20 — Dune Bears Salute: The Northern Michigan Dune Bears make a come back for one night as the Pit Spitters play as the team that never really was; Dune Bears jerseys to be auctioned off with all proceeds going to charity; Fathers' Day BBQ on 4Front Porch and Bullpen Terrace; call 231-943-0100 to reserve.

June 21 — $1 Lawn Seats: Limited to 1500 tickets, max. of six per transaction, must be purchased at the box office on the day of the game.

July 27 — Ladies Night: Half off in the Pit Stop Bar; Corgi Races

July 31 — Harry Potter Night; Photo op with Golden Snitch; Toast to The Chosen One on his birthday with glass of Butterbear.

Tuesdays — "Barks and Brews" presented by Short's Brewing Company: Bark in the Park, bring your dogs; Half priced craft beers in the Short's Craft Clubhouse.

Saturday — Spit-tacular Saturday and Silver Sluggers: Fans age 50+ get in for half price.

Sunday — Sermons and Strikeouts: Half price box seat tickets when you bring a church or community bulletin to the box office. Limit 8 per person.