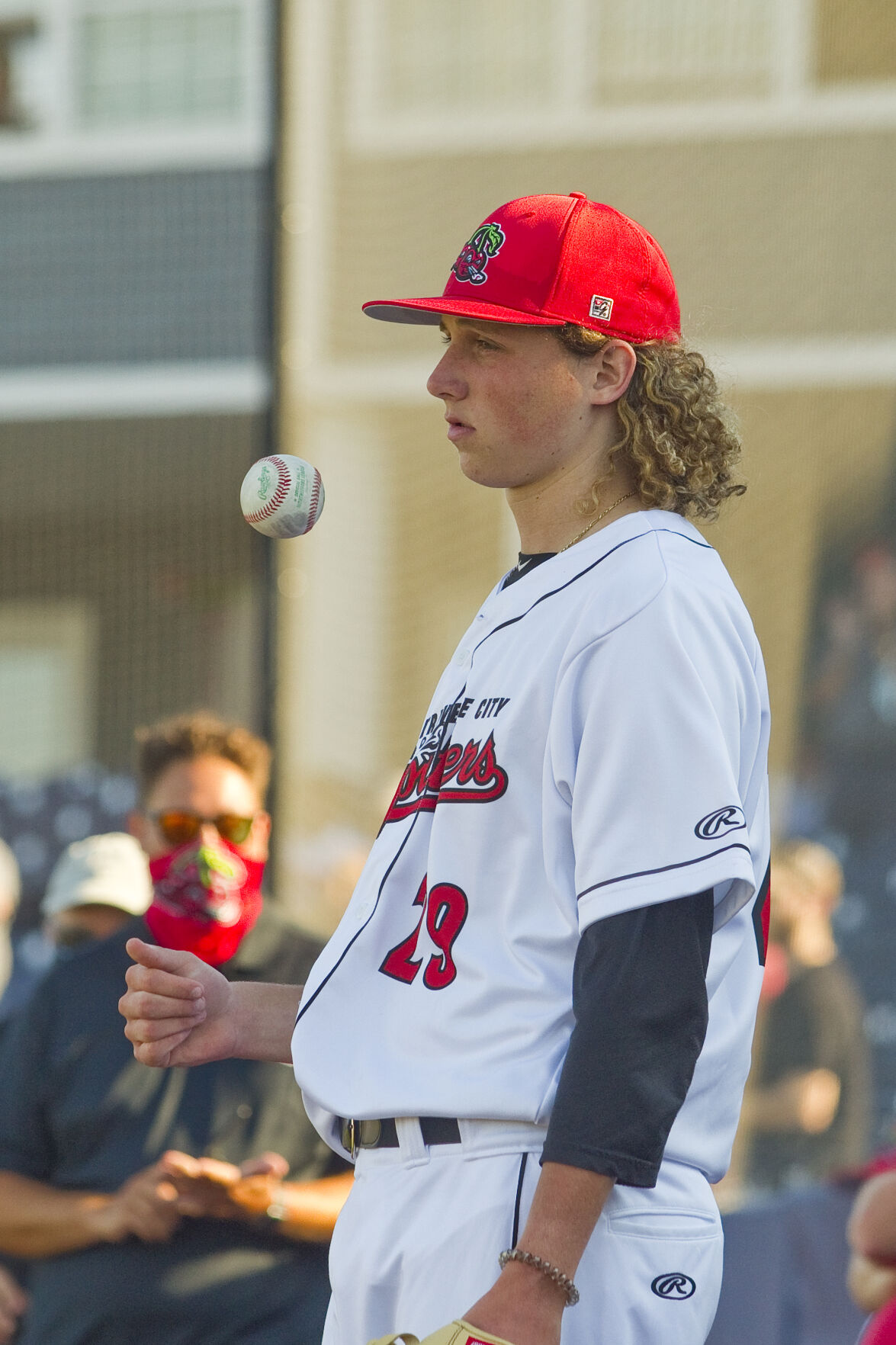 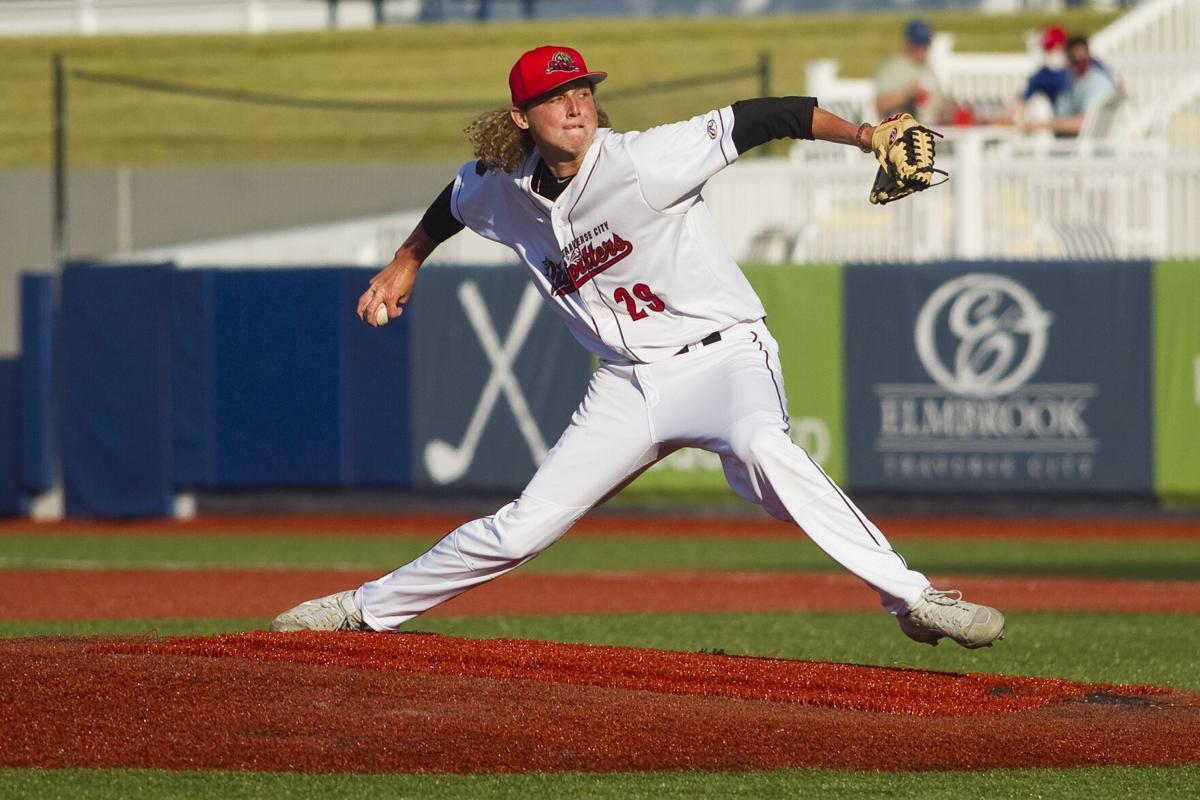 That’s because Andrew Hoffmann has always had big plans of his own.

The 2019 Northwoods League Pitcher of the Year made his return to Traverse City this summer, but much like his first stint with the Pit Spitters, there wasn’t always a spot on the team for the ace. Hoffmann has always been searching for more.

Highly touted out of high school, it was by a stroke of chance he ended up in the black and red. Following his freshman year at Oakland University, Hoffmann was in search of a place to play summer ball, but no leads panned out in the early stages.

Camilletti, the 2019 Northwoods League Championship MVP, played with Hoffmann at Oakland for a season and Rebandt recruited him to join the Spitters for their inaugural season. It was Camilletti who introduced Rebandt to Hoffmann, putting in a good word for his teammate and catalyzing one of the best moves Traverse City made prior to its first season.

“Players are the best recruiters,” Rebandt said. “If they have bought into the program and the culture, they know the type of player we are looking for and they type of guys they want to be around for the summer. I think that is something that can’t be overlooked.”

Thankfully, Hoffmann wasn’t overlooked by the Spitters and helped lead them to a championship with an 8-0 record and a 1.08 ERA — allowing only seven earned runs in nearly 60 innings of work.

Hoffmann started 11 games for the Pit Spitters in 2019, winning every decision he pitched. In fact, Hoffmann hasn’t lost a decision since midway through his freshman year at Oakland — a streak that has lasted for more than 18 starts.

Rebandt didn’t quite know what he was getting in the late addition. He found out very quickly. Hoffmann started the season with one bullpen appearance, starting every game he has pitched in since.

“I saw the way he attacks hitters and his demeanor and composure is even-keeled,” Rebandt said of Hoffmann’t ability as a starter. “When you combine all that stuff, along with him not being a max-effort pitcher, you can tell there is some longevity and he can go deep into a game.”

The trend continued into Hoffmann’s college season, winning all five games he started in his sophomore season at John A. Logan Community College before the coronavirus pandemic shut down the NCAA baseball season.

The 20-year-old let Rebandt know he planned to play in the Cape Cod League this summer, and with another stroke of luck Hoffmann found home in Traverse City.

With the Northwoods League expanding rosters from 30 to 35 players to accommodate those without a summer ball team in 2020, it made just enough room for Hoffmann to rejoin the franchise that brought him a ring last summer.

“When they gave me the opportunity to come back and this year, in my head I knew exactly where I wanted to be,” Hoffmann said. “It was an easy decision to make.”

Not every decision that Hoffmann has had to make in his career has been as easy and coming back to TC.

Following his freshman year at Oakland, Hoffmann realized that he needed something different in order to move forward in his career. He decided to go to junior college and made the most of his transition year, earning an associates degree in communications and a scholarship from the University of Illinois for his third season of college baseball in which he’ll still be an athletic sophomore.

Hoffmann added 20 pounds in the offseason, adding throwing velocity as he prepares for the move from JuCo to the Big Ten. Hoffmann even got a call on draft day, but decided to continue with his collegiate career.

“I knew he was a potential draft guy this year,” Rebandt said. “He just goes about his business, he doesn’t self promote himself. It is never the Hoffmann show, it is a team show for him.”

Hoffmann was elated to rejoin a team that he was mostly familiar with following three college changes in three years.

“Walking in and seeing all the coaches from last year and waiting for the other guys was a great feeling,” Hoffmann said of rejoining the Northwoods League. “Everyday you face one through nine that is good competition. You become a better pitcher everyday just by being out there. You learn something new from every pitch and every start.“

Hoffmann said the culture Rebandt created in Traverse City attracts players and the feeling of togetherness is unmatched with a motley crew of summer ball players who will only be together for several weeks.

Rebandt looks to players like Hoffmann and Camilletti to keep that culture alive as two of 11 returning players from last year’s title run. Hoffmann’s unassuming personality and lead-by-example attitude are exactly what Rebandt has been searching for as a part of his program.

And luckily for Traverse City, Hoffmann knows how to take care of business.

“Don’t try to be something you are not,” Hoffmann said. “Know what you do best and what you need to work on. Do what you gotta do to make yourself a better player while you are here.”

The Get Around Ep. 131 — Pat Hohlfeld, Traverse City Pit Spitters