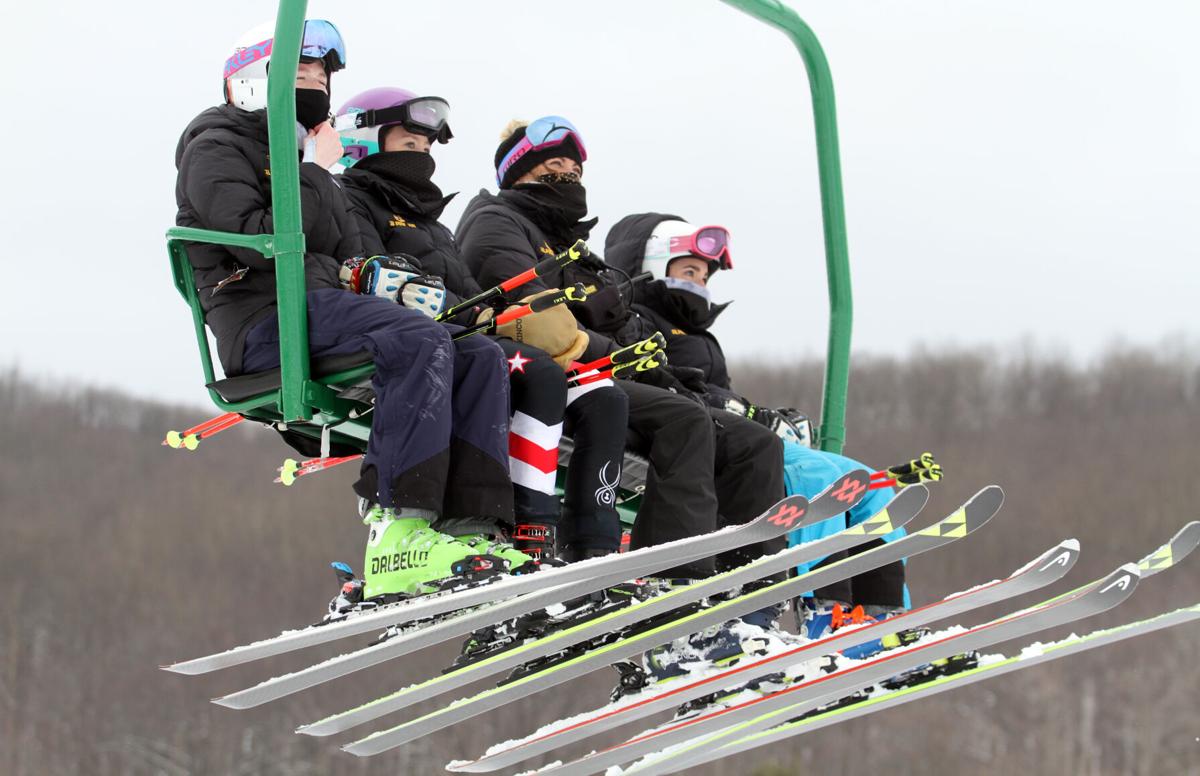 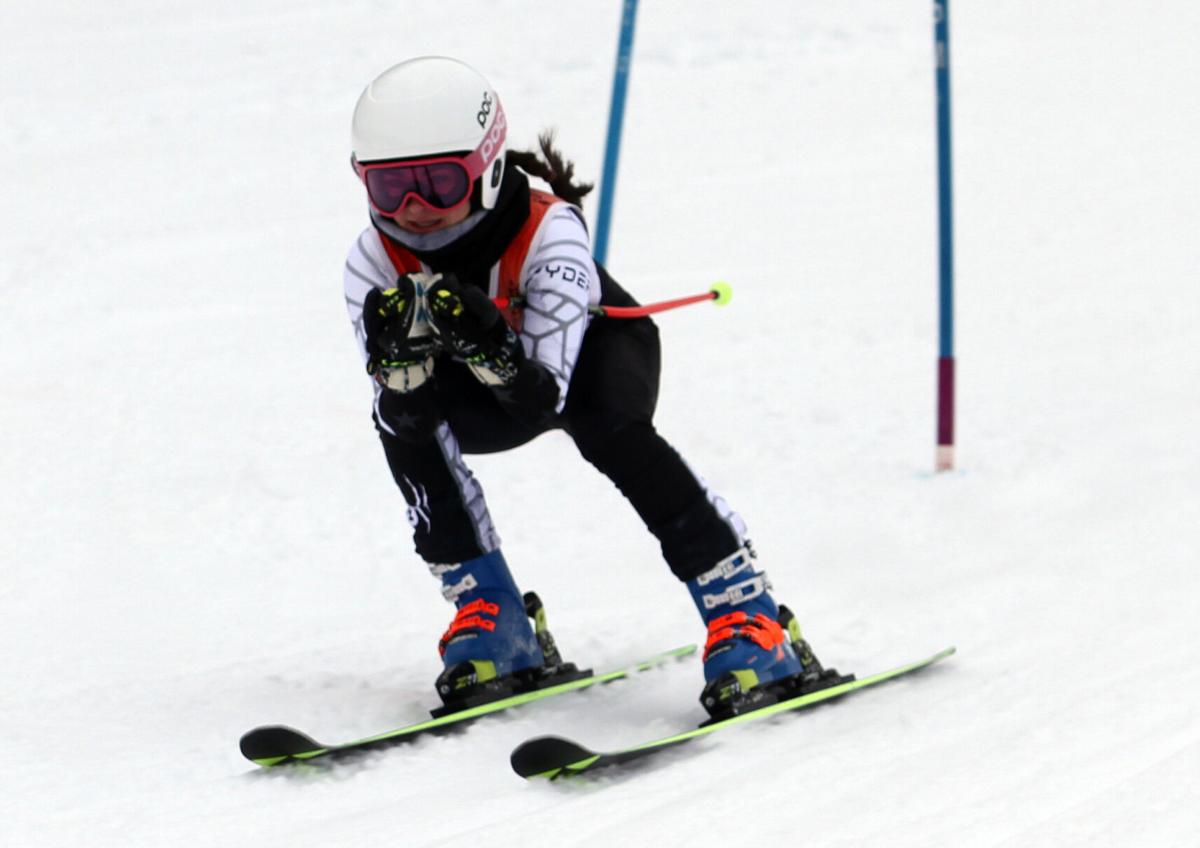 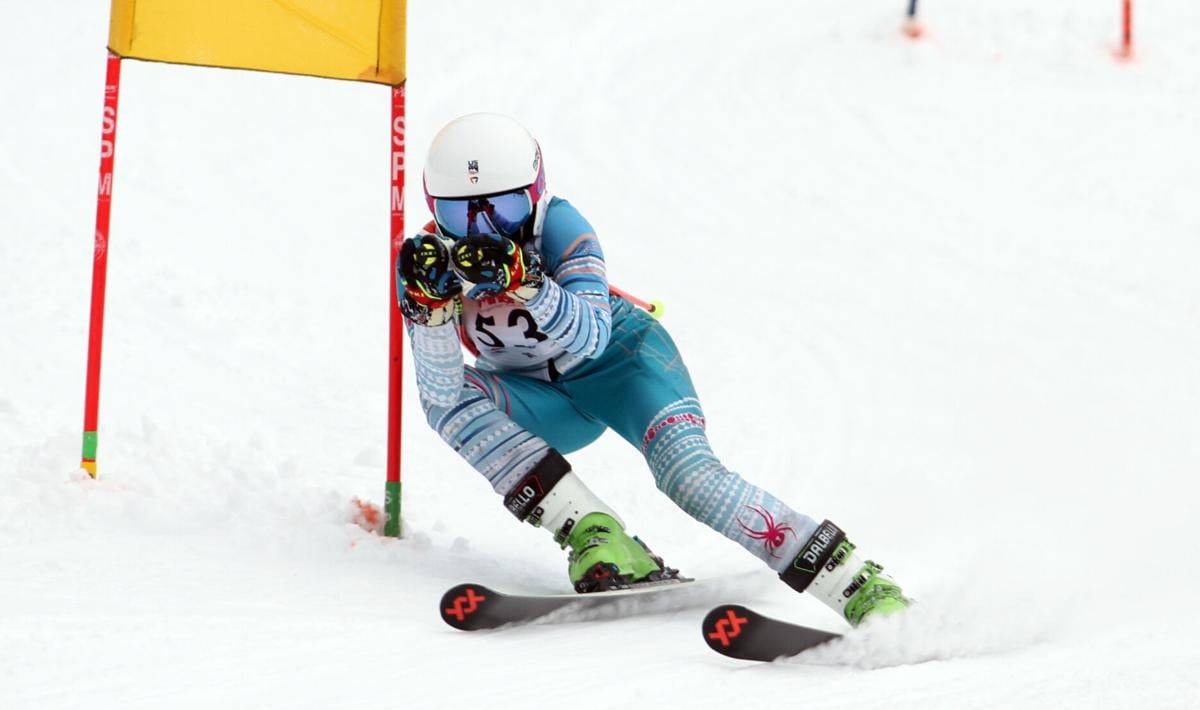 “We will miss her a lot,” said junior Elle Craven, who earned all-state in both slalom and giant slalom, much like Beattie. “She’s a lot of fun to be around and she’s a good skier.”

Beattie placed fifth in each discipline, while Craven took runner-up honors in slalom and third in GS to help guide the Trojans to the girls program’s 12th state title for TCC, and fifth since Central and West split in 1997.

The state title also brings things full circle for Trojans head coach Amy Kudary, who now has state crowns as both a skier and coach. Kudary won a skiing state title at Traverse City Central in 1989 under coaches Donald Dunsmore and Jerry Stanek.

“This is fan-tas-tic,” Kudary said, drawing the word out as long as possible. “I have to say I think it’s even more exciting winning as a coach than as an athlete, being able to share it with all these girls.”

“After the first round in GS, we had a good feeling,” Beattie said. “That was super cool, because we were ahead at that point, but we still had one more and all of our times were so close on the first run that the second one really did matter a lot, so that was super cool that we pulled it off.”

The finals featured many differences from previous years to combat spreading COVID-19, with team tents set up far away from the finish lines, teams not allowed to go into the lodge for more than using the restroom and ordering food from the cafeteria. No leaderboards, which typically gather large crowds in close proximity, were present. The award ceremonies were held outside.

“It felt weird all day didn’t feel like states, but it was a fun day,” Beattie said. “The weather was good, so that always makes it better. We knew that we were capable of it, so I’m glad to see it finally paid off. I think just the fact of not being able to be together as a team like the night before. That’s always super fun because we go to dinner and do a bunch of fun stuff we were didn’t get to do that this year.”

Lily Kuberski was Central’s fourth skier in both events, taking 17th in slalom and 20th in GS. Cox placed sixth in GS to tie for sixth and earn all-state.

“I knew that we were a strong team in GS and I knew that if anything, we’d be able to make up points there,” Beattie said. “So I just thought of it as good competition, honestly. And it pushed me harder for sure.”

Sarra Guggemos of Okemos won the girls slalom by 0.19 over Craven, whose 2nd run was 0.20 faster.

“It’s been such an achievement,” Craven said. “We’ve been working forward for this for so long it’s been such a great time getting to achieve it with everyone. We knew we were capable of it. It’s just a matter of executing it and Marquette’s a great team, so we knew it was going to be tough. We just wanted to go out and show how we knew we can ski and support everyone.”

TC West didn’t qualify as a team, but the Titans put up some top performances, with Lila Warren tying Cox for sixth in GS and earning fourth in slalom for dual all-state honors. Charlie Schulz took 13th in GS and 23rd in slalom. West’s girls were named academic all-state at the finals awards ceremony.

“These girls skied fantastic today,” Kudary said. “They deserve this, for sure. They skied really well today, so not to take anything away from Marquette. They put up a great fight and made us really work hard until the very end. It really made all six girls really count today.

TRAVERSE CITY — One down, two to go.

CHARLEVOIX — Traverse City St. Francis needed a big conference win after Saturday’s loss and bounced back in a major way.