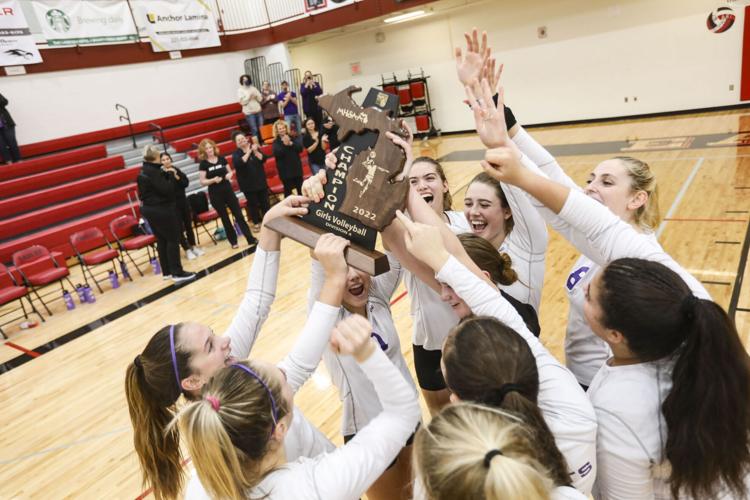 The Leland Comets celebrate their Regional Championship victory over Hillman at Bellaire High School on Thursday. 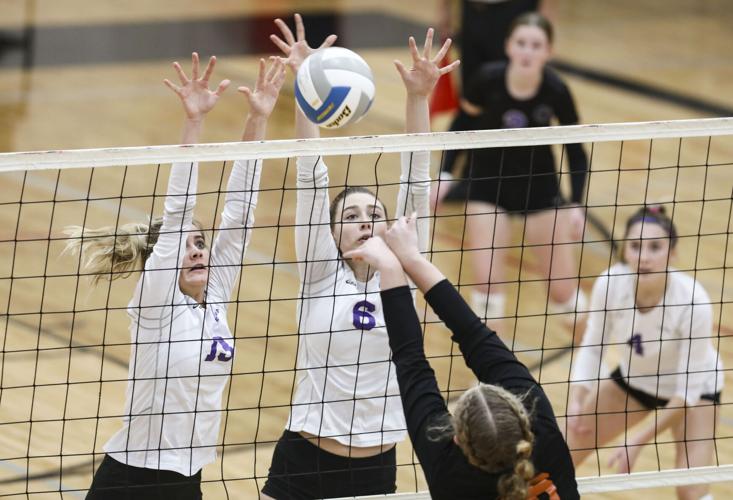 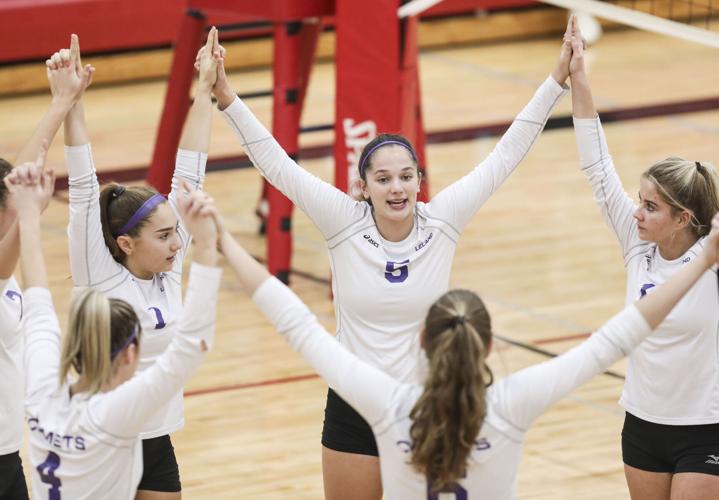 The Leland Comets gather between sets at Bellaire High School on Thursday. 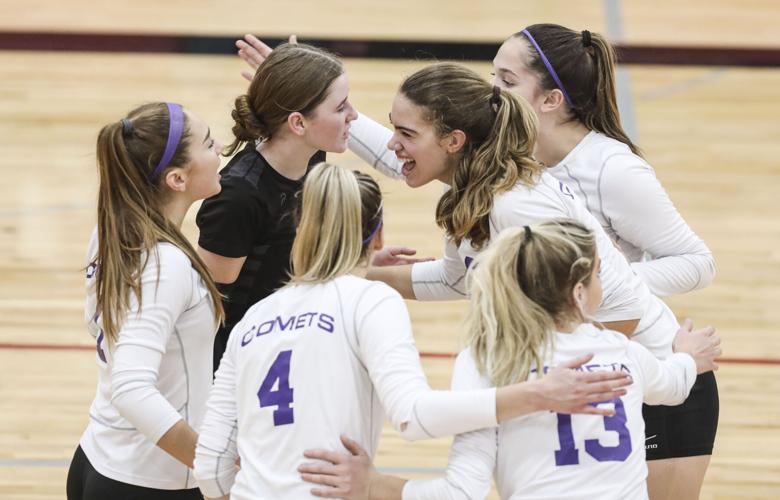 The Leland Comets celebrate a point at Bellaire High School on Thursday.

The Leland Comets celebrate their Regional Championship victory over Hillman at Bellaire High School on Thursday.

The Leland Comets gather between sets at Bellaire High School on Thursday.

The Leland Comets celebrate a point at Bellaire High School on Thursday.

BELLAIRE — For the first time since 2019, the Leland Comets are dancing their way to the Division 4 state quarterfinals.

The Comets (39-12) continued to fire on all cylinders their Division 4 volleyball regional finals game on Thursday night at Bellaire High School.

The blocking from Fiona Moord and setter Alexis Luce was too much and Maeve Sweeney’s serves were too difficult to dig up for Hillman, which helped Leland to the sweep victory and a regional championship.

The smiles on the girls’ faces were from ear to ear after winning the third set which ended close. For a team that hasn’t made a deep playoff run in years, Glass is happy to see the girls have their own playoff experience.

Hillman didn’t go away quietly in the final set. After the Comets took a 10-4 lead, the Tigers were right behind them.

The Tigers mustered multiple runs together to tie the Comets 15-15. Leland kept control of the game throughout the match because of their communication on the court.

Despite losing the lead for the first time since the start of the second set when Hillman was up 1-0, Glass allowed her girls to figure out the problem on the fly instead of burning a timeout.

“Well, I didn’t like that we got there in the first place,” Glass said. “It was an obvious time that they could learn how to push back when somebody pushes them.”

The Comets pushed back after the Tigers took a 17-15 lead. Leland put together a 3-0 run to put them out front 20-17 and didn’t look back after retaking the lead. The front line and serving allowed the Comets to stay afloat to win the set 25-21.

The final set was as close as the Tigers got to a win. In the first set, the dominance of the Comets’ servings or blocking guided them.

Glass said she didn’t tell the girls anything before the game started, which has been the way the Comets have been rolling throughout the postseason.

“They have a routine they go through every match, and I think we had a little more time to get into our routine,” she said.

Luce’s team-high 18 assists allowed the ball to move, which helped the Comets to win the first set 25-16; but the second set was an even better performance by the Comets.

Leland took an early 5-1 lead which rolled over to a 9-3 lead with the help of Maeve Sweeney’s team-high 10 aces. Luce mustered four aces on the night, most of which came in the second set.

Leland continued on a 5-0 run to grab a 16-4 lead. The blocking of Moord and the digs from the Comets made it challenging for the Tigers in the second set. Moord finished the night with eight blocks, six digs and an ace.

Anytime one of the Leland players set the ball for their teammates, all they needed to do was tap it over because of how spread out the Tigers were playing. Leland continued to tally points in that same fashion and won the second set 25-10.

Throughout the postseason, Olive Ryder has been someone who has made it difficult for opposing teams to pick up on her serves. Her serves may look slow and easy to hit, but most teams haven’t figured it out yet.

Ryder said she’s worked on serving a lot in the offseason, which has been showing throughout the postseason. Ryder has 94 aces this season. Ryder also led the team on Thursday with 11 digs and had one assist.

Luce mustered four digs, and outside hitter Flora Mitchell had eight digs and an ace. Defensive specialist Shelby Plamondon finished the night with two blocks. Outside hitter Kally Sluiter got a chance to play in the game on Thursday and had three digs.

Most of the team, including Ryder, hasn’t experienced a deep playoff run like this. She’s happy that she is having such an incredible playoff experience in her junior year.

“I think that it’s definitely settling in,” Ryder said. “We’ve worked really hard this season, and I think we’re all just excited that it’s coming to fruition.”

The Comets travel to Buckley High School on Tuesday for the Division 4 state quarterfinals to take on Mount Pleasant Sacred Heart at 7 p.m.