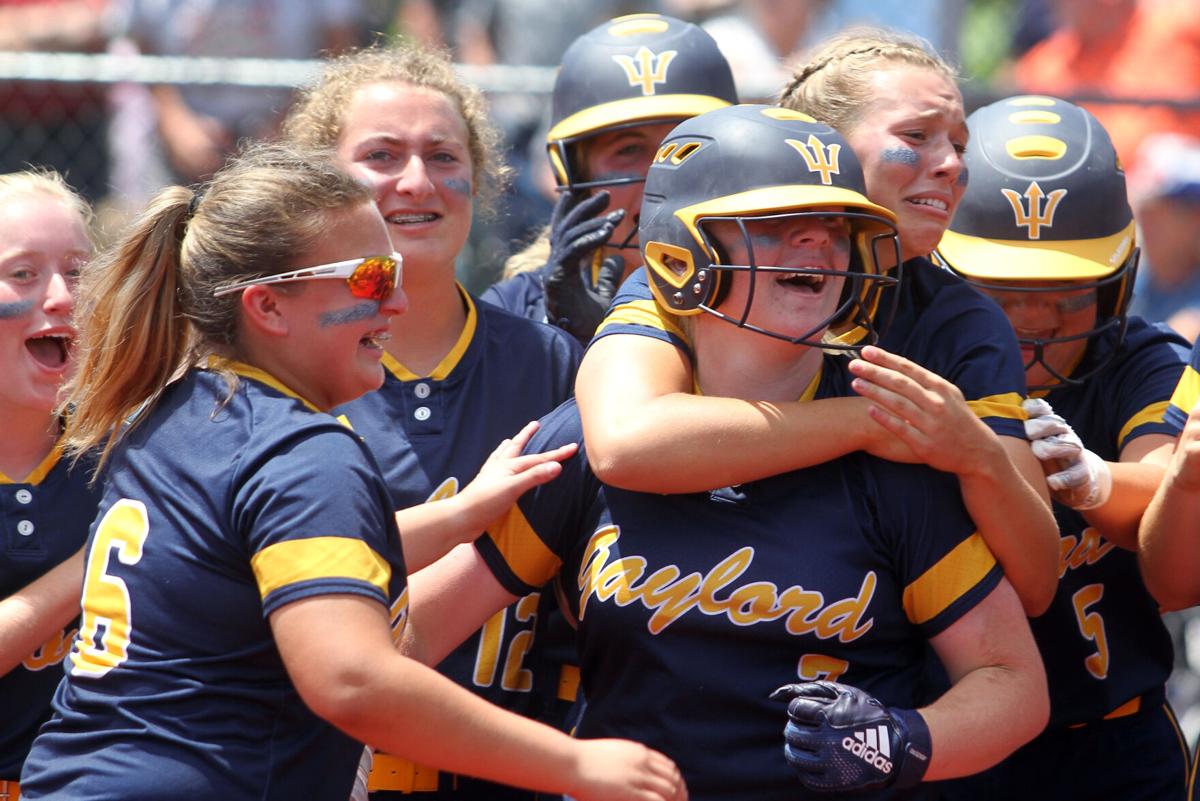 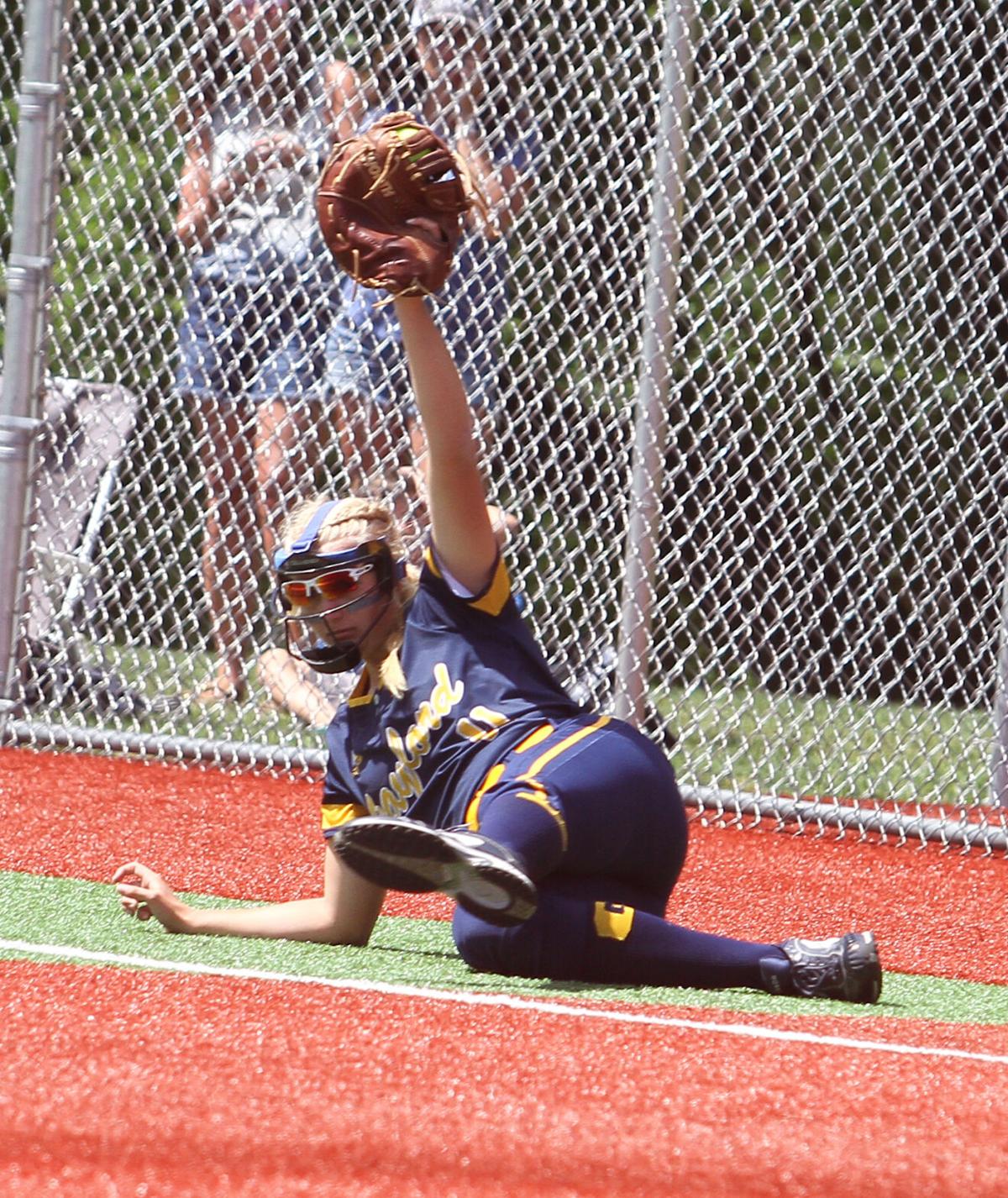 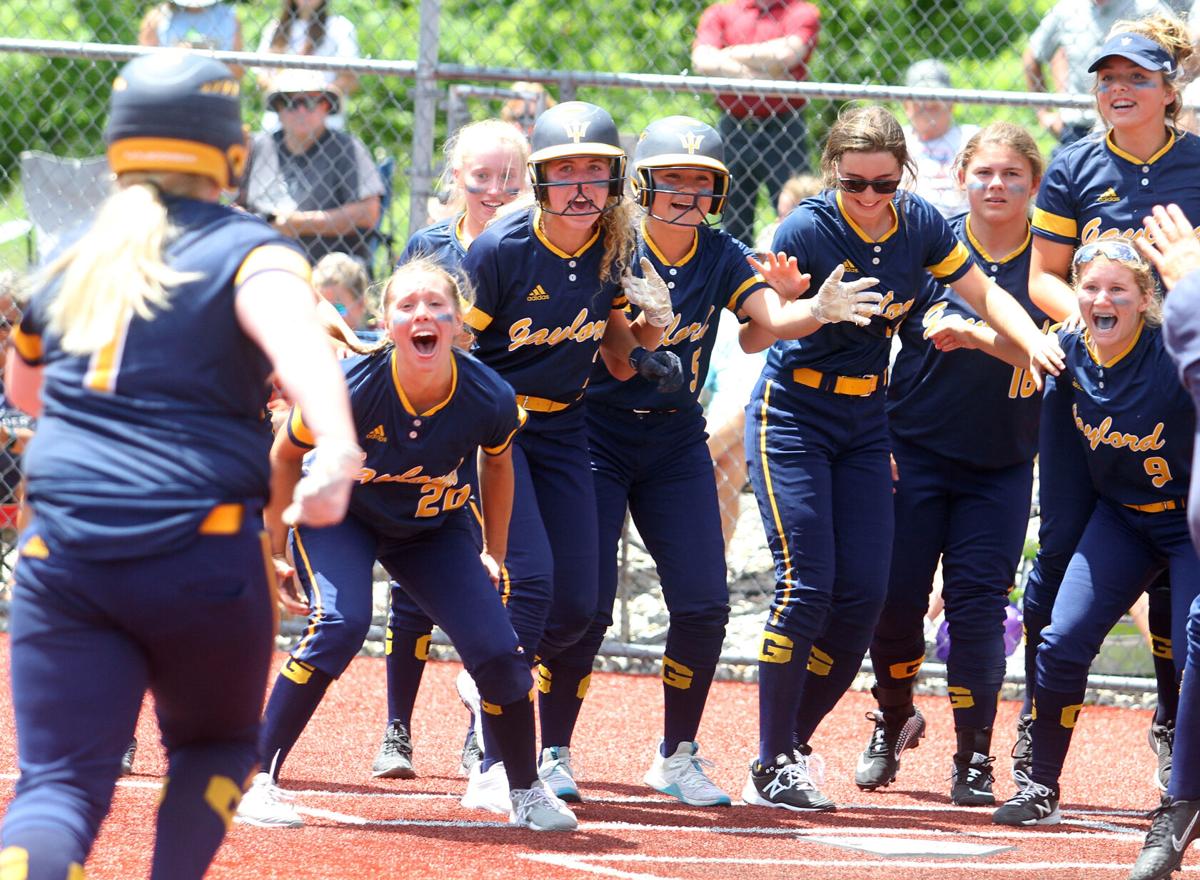 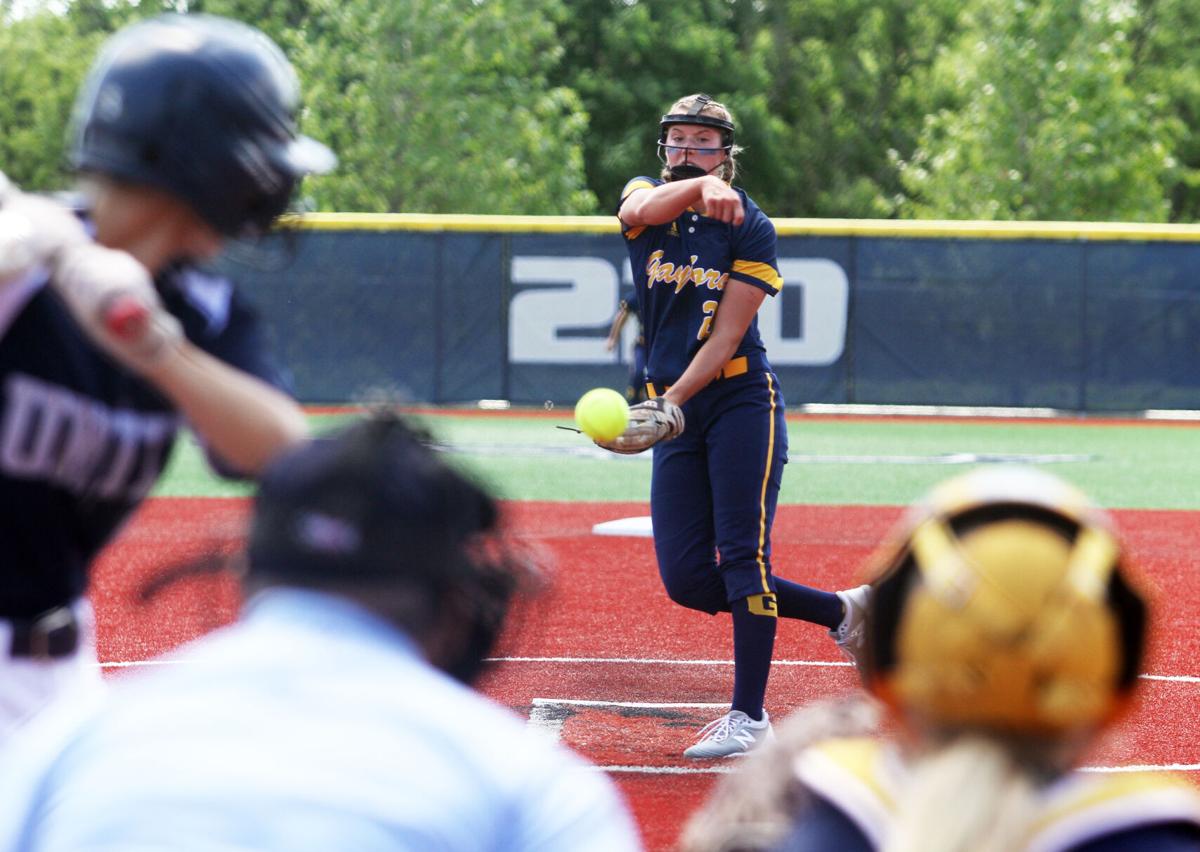 GRAND RAPIDS — Taylor Moeggenberg saved this one up for a long time.

She even predicted Tuesday’s game-winner to send Gaylord to the Final Four for the first time since 1991.

“When we came up the bat, Taylor came up to me and, and she said, ‘Coach, I’m going to score the winning run,’” Blue Devils head coach Abe Cruz said. “I’m like, ‘What are you talking about?’ She says, ‘I’m going to hit one of those two ahead of me in.’ And she was batting and playing very well today, so I just nodded my head. And then when we got two outs, I looked at her and she says, ‘I got this.’”

The No. 4-ranked Blue Devils face No. 5 Owosso, which downed Wayland 5-4 in eight innings, at 10 a.m. Thursday at Michigan State University.

Gaylord (41-1) faced a rarity — being behind. The Crusaders sprinted out to a 3-0 first-inning lead on the strength of several hits down the line.

The Devils got one back in the second on a Moeggenberg RBI double to score Hali Lenartowicz, and Moeggenberg’s courtesy runner — Braleigh Miller, whose role has diminished from starting center fielder to pinch runner after a broken hand sustained last week — came across on a wild pitch.

Addison Wangler’s double up the third-base line brought Jayden Jones home to knot the game up.

Hudsonville regained the lead in the fourth, but Alexis Kozlowski’s single to right plated two runs for a 5-4 Devils lead in the bottom half of the frame.

Unity bounced back again to retake the lead 6-5 in the 5th, only to be matched by Lenartowicz reaching on a bunt and eventually scoring on a wild pitch. Alexis Shepherd’s hit to left field was dropped and Haylee DePew came around for a 7-6 lead.

Two Gaylord errors led to a Crusaders run in the bottom of the seventh for a 7-7 tie to set up Moeggenberg’s heroics.

“I just went up there and I was gonna hit one in one of my team,” Moeggenberg said.

Jones struck out seven in seven innings, leading a team that started seven freshmen in a state quarterfinal.

“I’m so excited. We are so ready and we couldn’t be more excited,” said Jones, one of those seven freshman starters. “I think it was pretty huge, just to come in as freshmen and to show them that just because we’re freshmen doesn’t mean we can’t win it all. I think we’ve been proving people wrong all along and I’m excited to keep doing that.”

No. 8 Chelsea and unranked Marysville play in the other Division 2 semifinal.

“It means a lot,” said freshman shortstop Avery Parker, who walked a scored a run, “because we set our goal before the season to go to MSU and play.”

ACME — The first time was a charm for Bradley Smithson.

BOYNE CITY — Saturday's day of firsts proved great for Charlevoix, not so much for Negaunee.