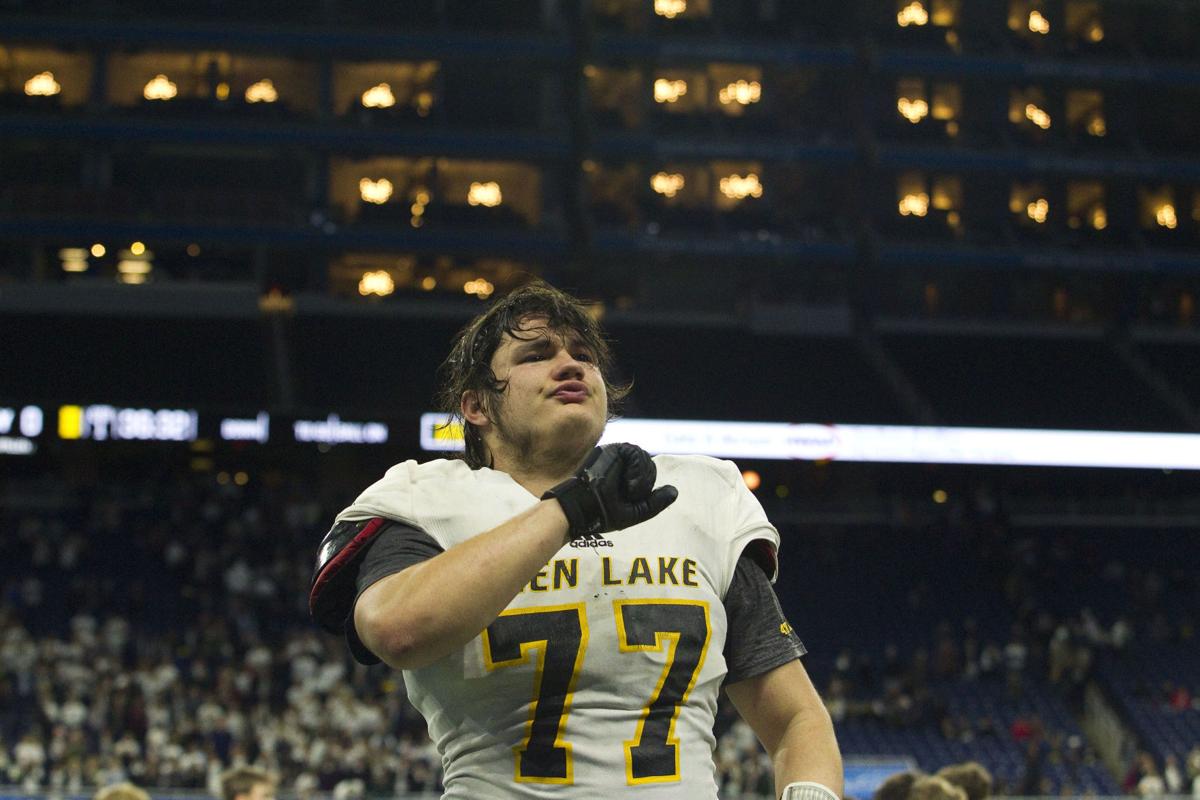 Glen Lake’s Ben Kroll (77) thanks fans in the Ford Field stands following the loss to Monroe St. Mary Catholic Central in the division 6 state final at Ford Field in Detroit. 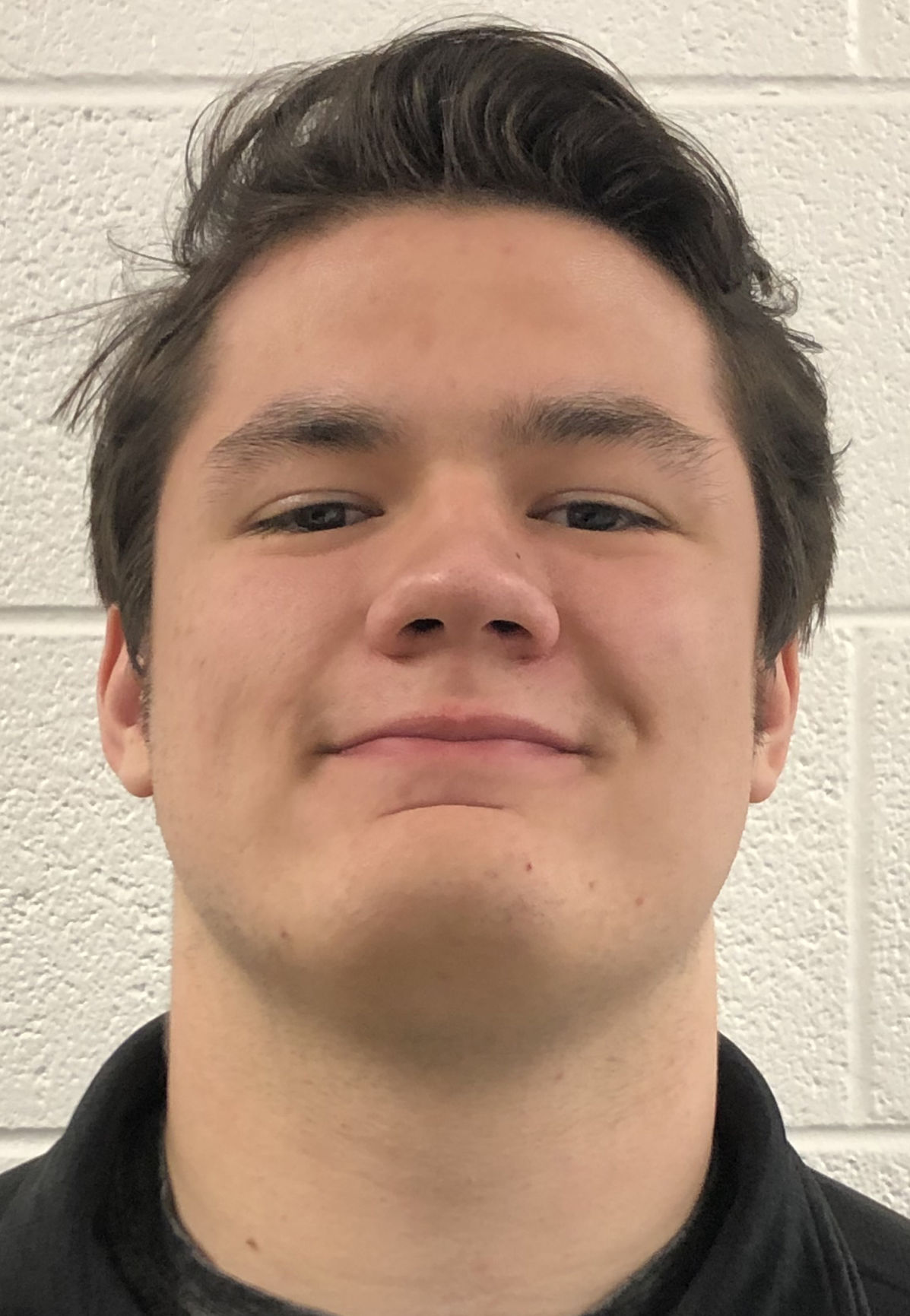 “It’s going to be a lot of different words than what I’d usually hear,” Kroll said.

“Get tougher, leave it all on the table, finish,” Angers said.

It’s those same words of encouragement that Kroll says melded him into the player he is today.

Kroll plans to sign his national letter of intent with Saginaw Valley State University Wednesday to play center. He’ll be the third Laker football alumnus on the Cardinals roster in 2020.

Fellow senior Jonathan Wright committed to play at SVSU January 23 and will be signing alongside Kroll on Wednesday. Duke Angers, Jerry Angers’ son, enters his senior year at SVSU.

“I’ve been blocking for (Wright) for so long,” Kroll said. “He’s going on defense and I am going on offense, so to see him on the other side of the football, especially in college, is going to be crazy and I’m really looking forward to it.”

Kroll committed to SVSU late last June. He wanted to be finished with his recruiting before the season began to focus on football, which paid dividends as the Lakers made the trip to Ford Field for the state title game.

“Saginaw, it just clicked,” Kroll said. “The coaches, the facilities, the people there.”

Angers announced he’d be retiring as a head coach Monday, January 27 after 11 seasons leading the Lakers.

“He’s taught me mental toughness in the weight room,” Kroll said. “You can’t give up on something just because it’s hard, just because you get tired or just because you don’t want to. He was able to teach me all those different qualities.”

Kroll plans to major in Psychology at SVSU and eventually become a therapist when he gets older.

“Mental health is such a big part of my everyday life,” Kroll said. “Whether its sports or work or family, to me that’s just so important. I want to be able to help other people if they have problems with that.”

Among the players Angers has seen play college football many have gone onto enter business, sports management, exercise science and criminal justice degree paths. Angers believes Kroll’s coachability on the field set him up for his a unique path off the field.

“No matter what you ask him he turns around and does it for you,” Angers said. “I think he feels like he can make people feel comfortable.”

Middleton bashes her way to Alma

MAPLE CITY — Only a select few players make Gary Galla back up.