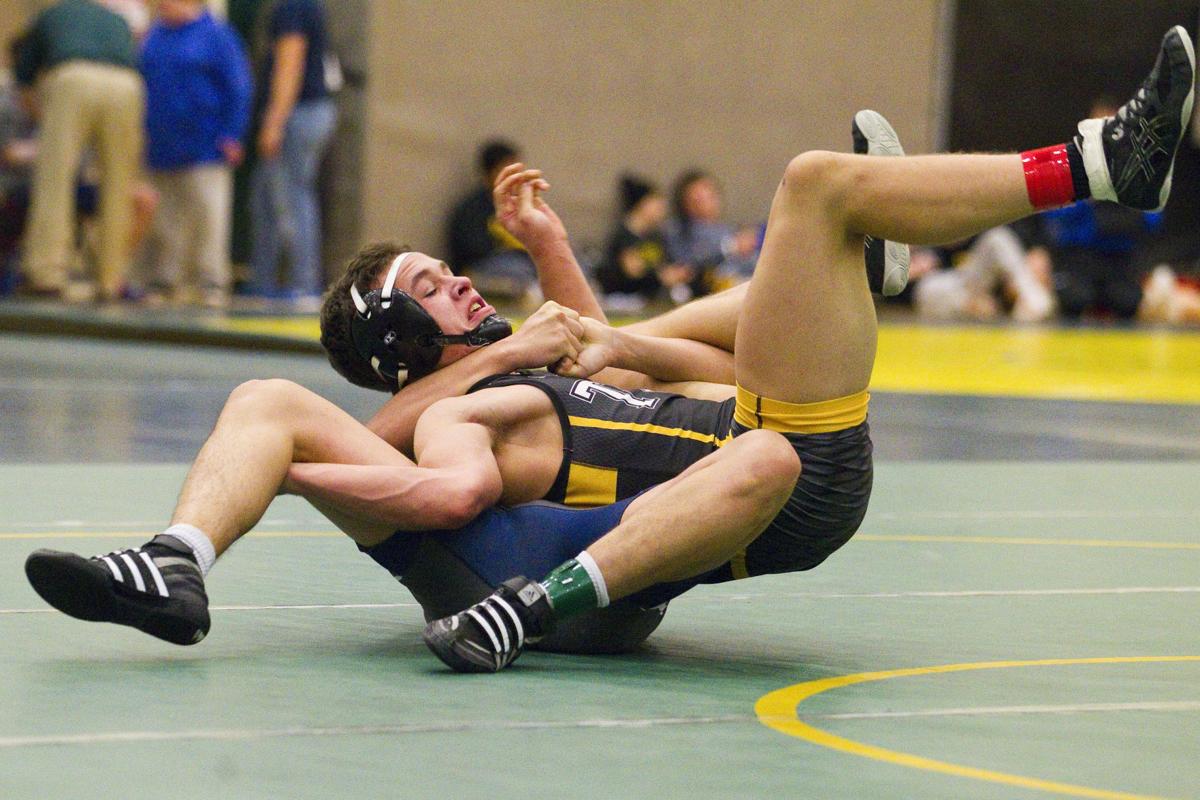 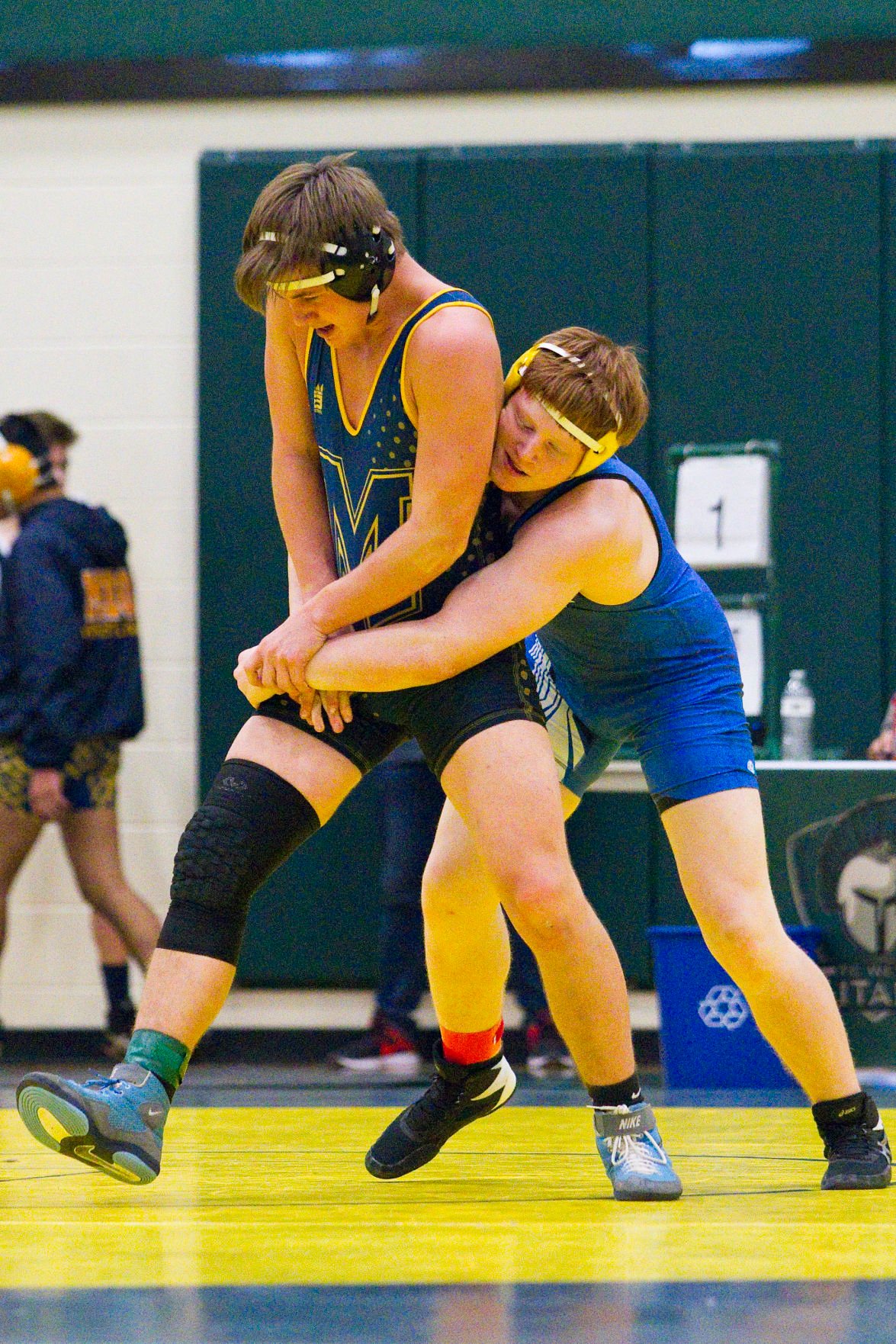 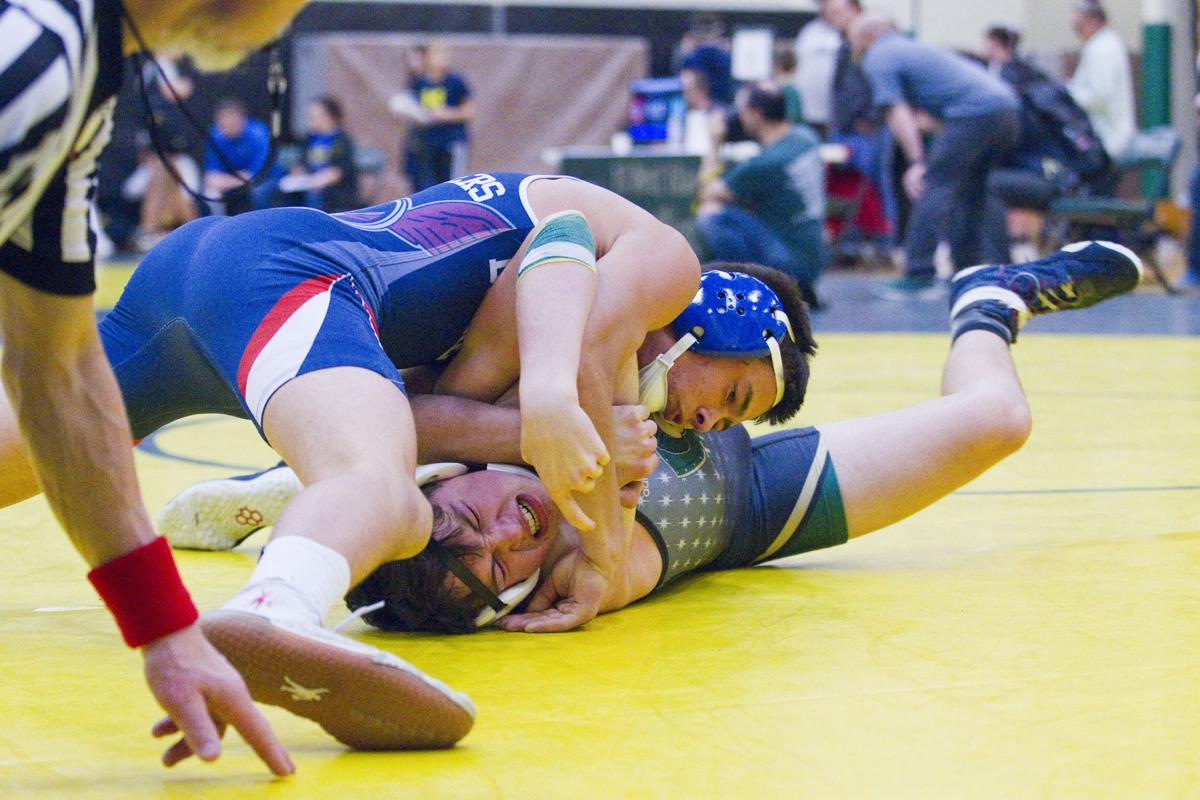 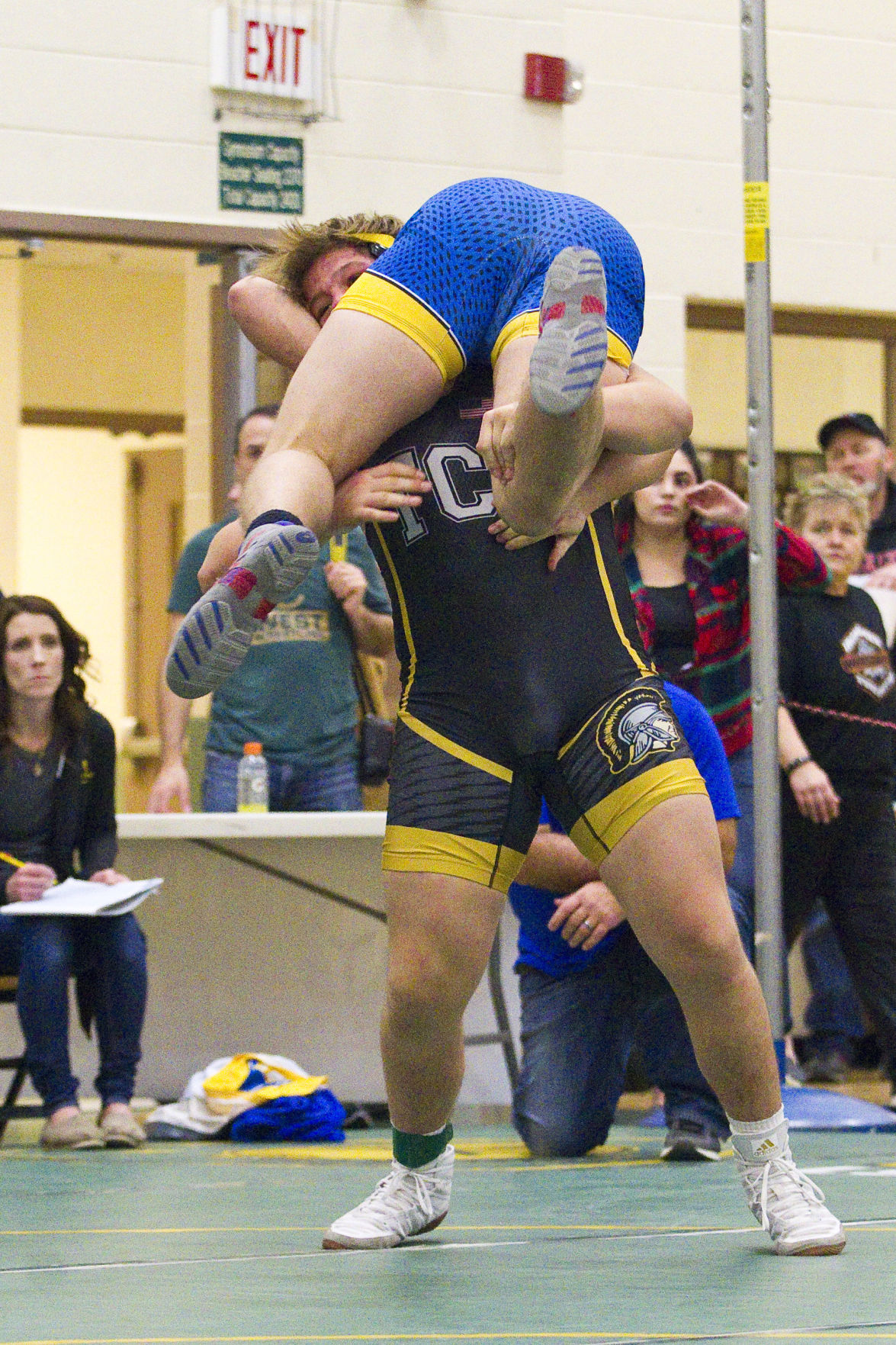 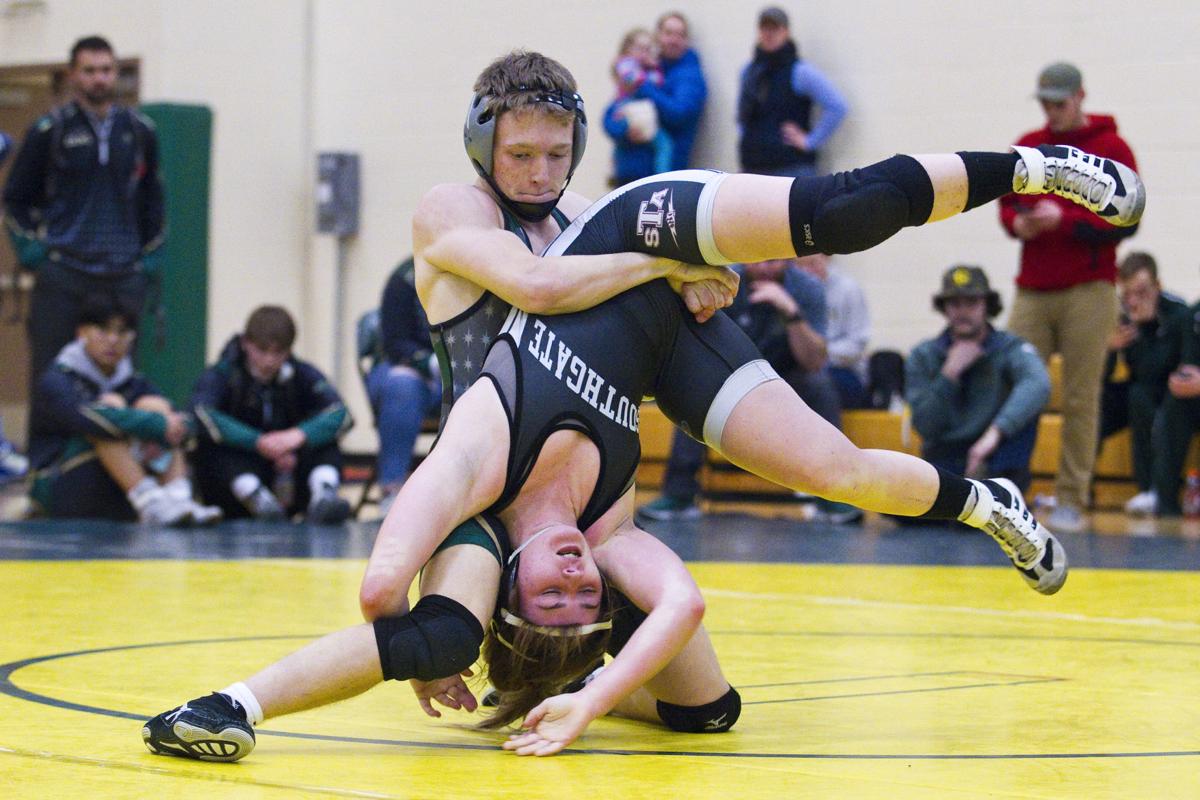 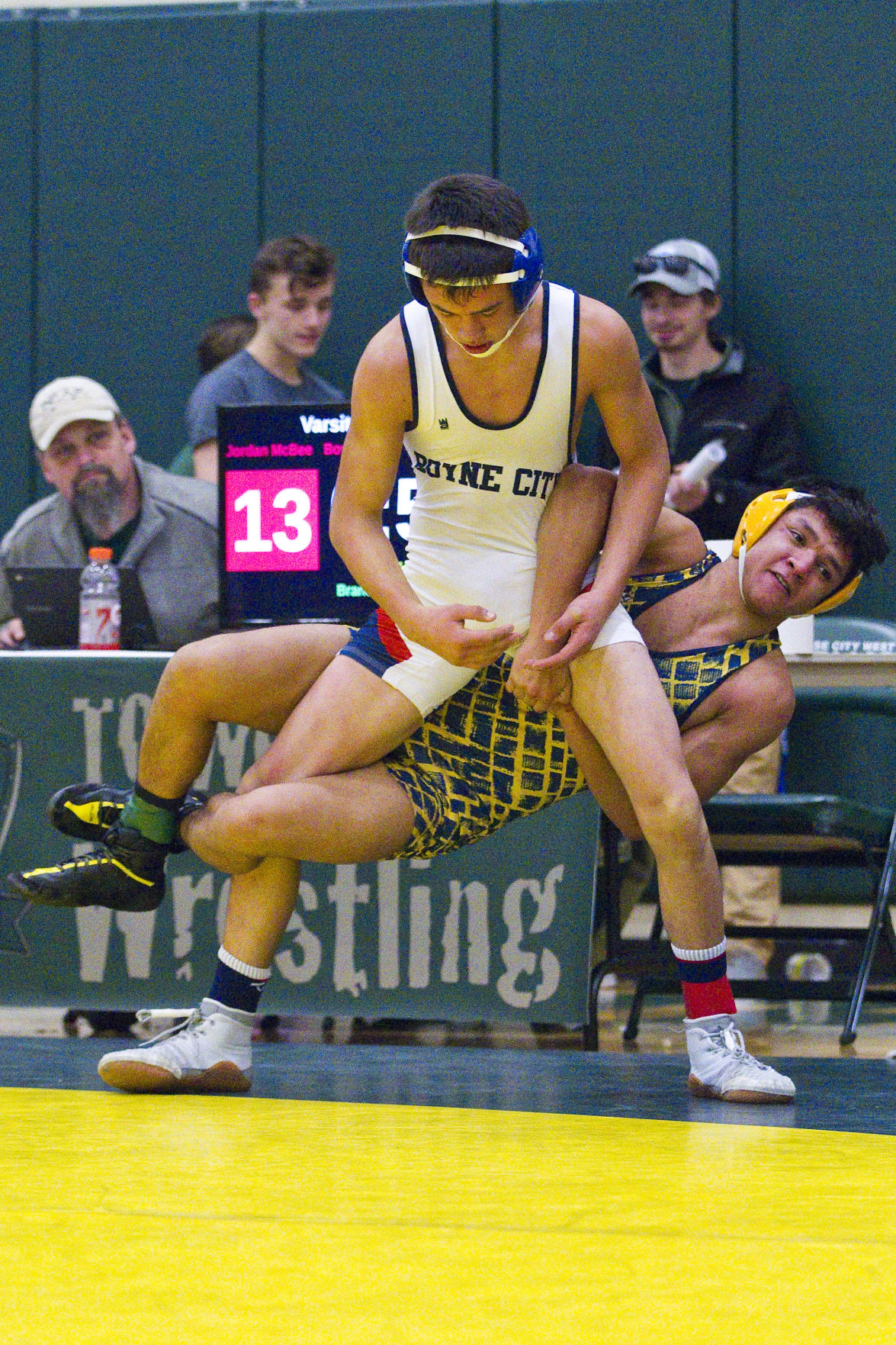 TRAVERSE CITY — The 10th annual Traverse City West Holiday Invitational saw 22 teams from all over the state make the trip to Traverse City and it gave teams and athletes a good barometer of where they sit about midway through the season.

Gaylord’s John Sosa had a fantastic day at 135-pounds, winning all four of his matches by fall in the first round. Sosa defeated No. 1-seeded Damien Ballan from TC West in only 51 seconds in the final round.

The Blue Devils also saw undefeated days from Will Sides at 130-pounds and Jacob McKnight at 171-pounds. Both Sides and McKnight had a first-round bye as they were the top seeds in their respective weight classes.

The sole winner from the home team Titans was junior Wyatt Nied, who won his final two matches by fall in under two minutes to take home the win at 145-pounds. Nied started the day with a bye then got his first win by technical fall before pinning Charlevoix’s Mason Fry and Pellston’s David Jamroz to win the class.

“It was a pretty good day and I thought it was a really good way to end the year,” Nied said. “I was pretty nervous throughout the day, being at home is nerve racking. I wanted to win at home.”

“That is a great step for Wyatt as a reset going into the new year,” TC West head coach Rusty Nyland said. “We are seeing some of the things we practice and are seeing it in matches. This is a good tournament for the holidays.”

Plenty of other area athletes medaled on Saturday including the Titans new wrestler Christian Boivin. Boivin, competing in his first individual tournament, placed fourth in the 205-pound class much to the surprise of Nyland.

“Christian Boivin is just a pure athlete, he is a force who weighs 190-pounds but wrestles at 215,” Nyland said. “Today was his individual tournament and he got two losses. Taking fourth is fantastic for him.”

Keaton Ensley, of Manistee, placed third ahead Flowers and Matthews at 152. Gaylord also had Quinn Schultz take third at 189, followed by Mancelona’s Isaiah Grosser in fourth. Mike Boughner also placed for the Ironmen with fourth at 215 followed by TC Central’s Remington Soper in fifth.

With this being the only action most teams have or will see over the holiday break, Nyland took a second to reflect on his team.

“Halfway through the season I am really liking where we are at,” he said. “We are a young team and are really green with a lot of freshman. But I think we will be right where we need to be in six weeks for the postseason.”