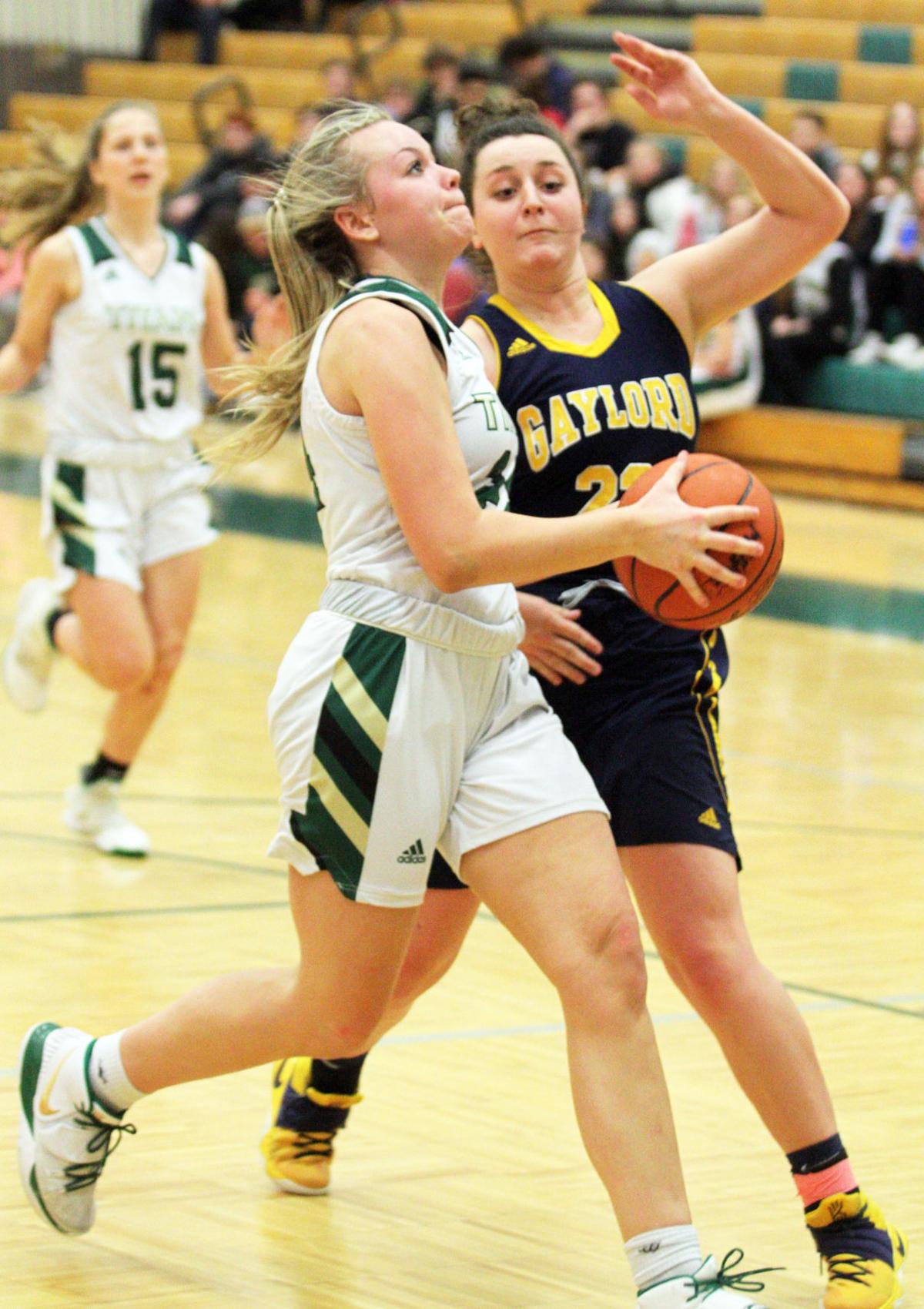 Gaylord’s Savannah Gapinski (23) puts herself in position to block a shot by Traverse City West’s Aliah Diehl (24) in a district basketball game at TC West. 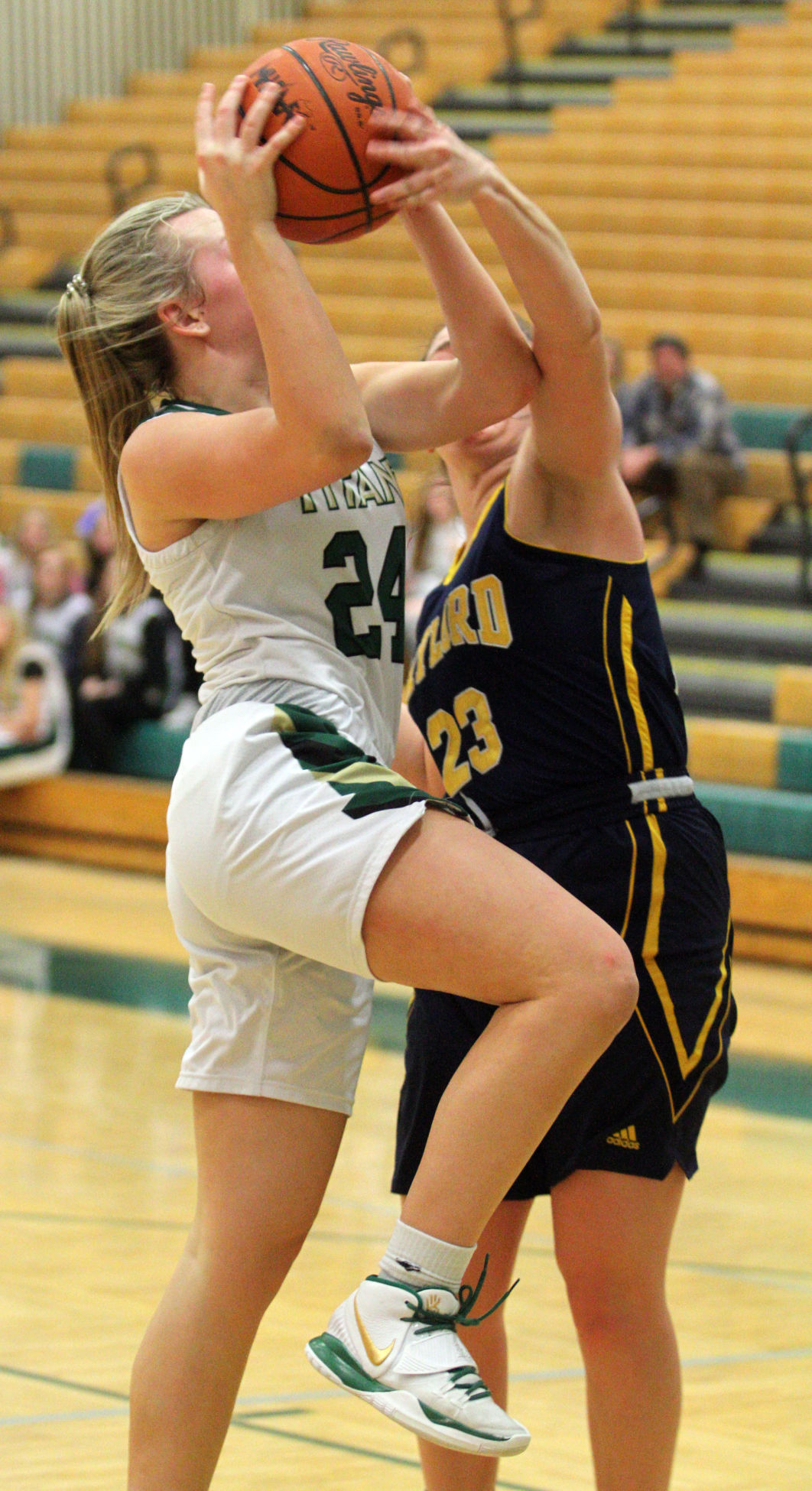 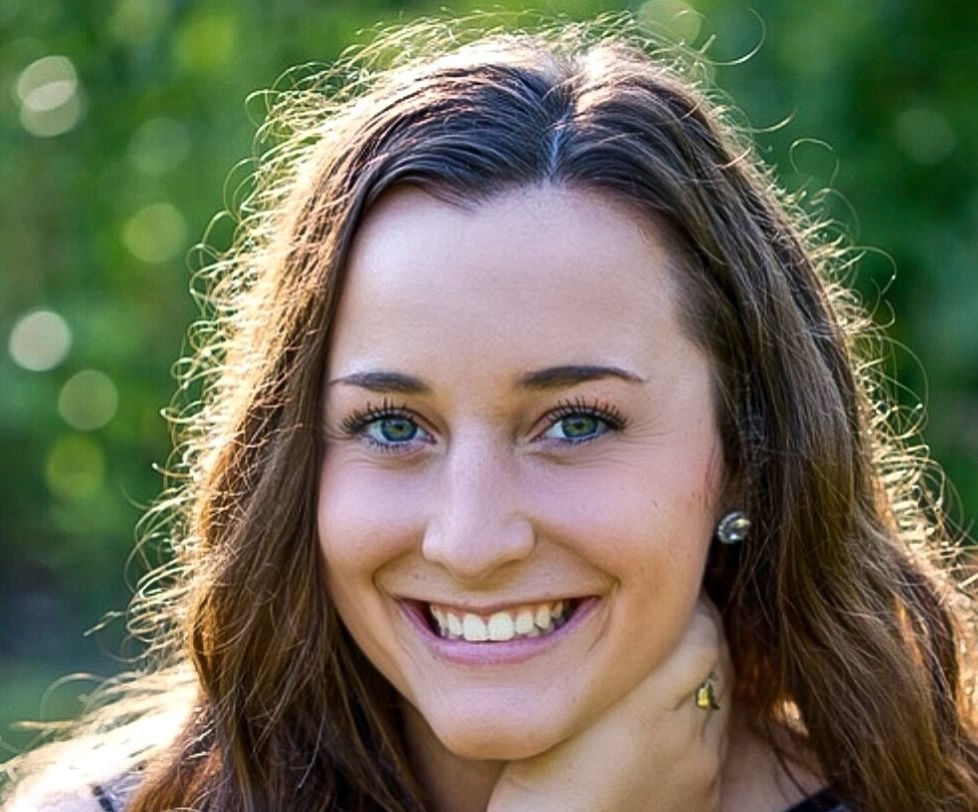 Gaylord’s Savannah Gapinski (23) puts herself in position to block a shot by Traverse City West’s Aliah Diehl (24) in a district basketball game at TC West.

Just not in this sport.

The Gaylord multi-sport standout committed to the Spartans for rowing, accepting a Division 1 scholarship to tackle a brand-new sport.

That journey between sports goes back to the 2019 softball state finals.

Longtime Alpena softball coach Paul Marwede, who had to contend with Gapinski numerous times over the years in Big North Conference battles, took in the state finals at MSU’s campus when he noticed a woman in Spartans coaching gear. He approached to put a bug in her ear about Gapinski.

“It was a rainy day and that lady was bundled up in her MSU gear,” recalled Marwede, whose former player Rachel McDonald is also a rower at MSU. “That was her softball dream. I was going to share with the lady about Savanna.”

Only it wasn’t a softball coach.

Turns out, the coach was one of Michigan State’s rowing recruiters, there to watch out for athletes fitting the profile.

The coaching staff turned over not too long after, but new coach Kim Chavers received a list of recruits and didn’t take long to contact Gapinski and set up a phone meeting the next morning.

Gapinski showed up ... in person at Chavers’ office.

“It was clear her excitement for MSU right off the bat,” Chavers said.

Big Ten schools run seven events, including two eight-person novice boats for first-year rowers, the only conference with such an alignment. Chavers said about half of her recruits have previous rowing experience; the other half are in Gapinski’s boat.

“Surprisingly, I wasn’t looking at any other schools,” said Gapinski, who plans to major in communication sciences and disorders to be a speech pathologist. “I didn’t really want to go anywhere else.”

Gapinski — a three-time first-team all-BNC softball selection at third base, two-time all-Big North basketball pick and academic all-state athlete with a 3.70 GPA — had softball offers from Aquinas, Albion, Alma and other out-of-state schools in Ohio and West Virginia. Her focus remained on East Lansing.

“It’s pretty cool,” Gapinski said. “I’m a Division 1 athlete and I haven’t even tried the sport yet.”

Following her commitment to MSU, she went to one MSU indoor rowing clinic in February to learn technique basics on ERG machines. There she met Traverse City Central’s Carolynn Garner, another MSU recruit.

MSU’s rowing scholarships aren’t full — the Spartans have to split 20 between 65-75 team members — but are guaranteed to only increase.

Olli getting back in net at Tech

GAYLORD — It’s been awhile since Reagan Olli last made a high school save.

GAYLORD — Vayda Voss didn’t think the Upper Peninsula was for her.

Gaylord's Brown a 'top get' for Rochester