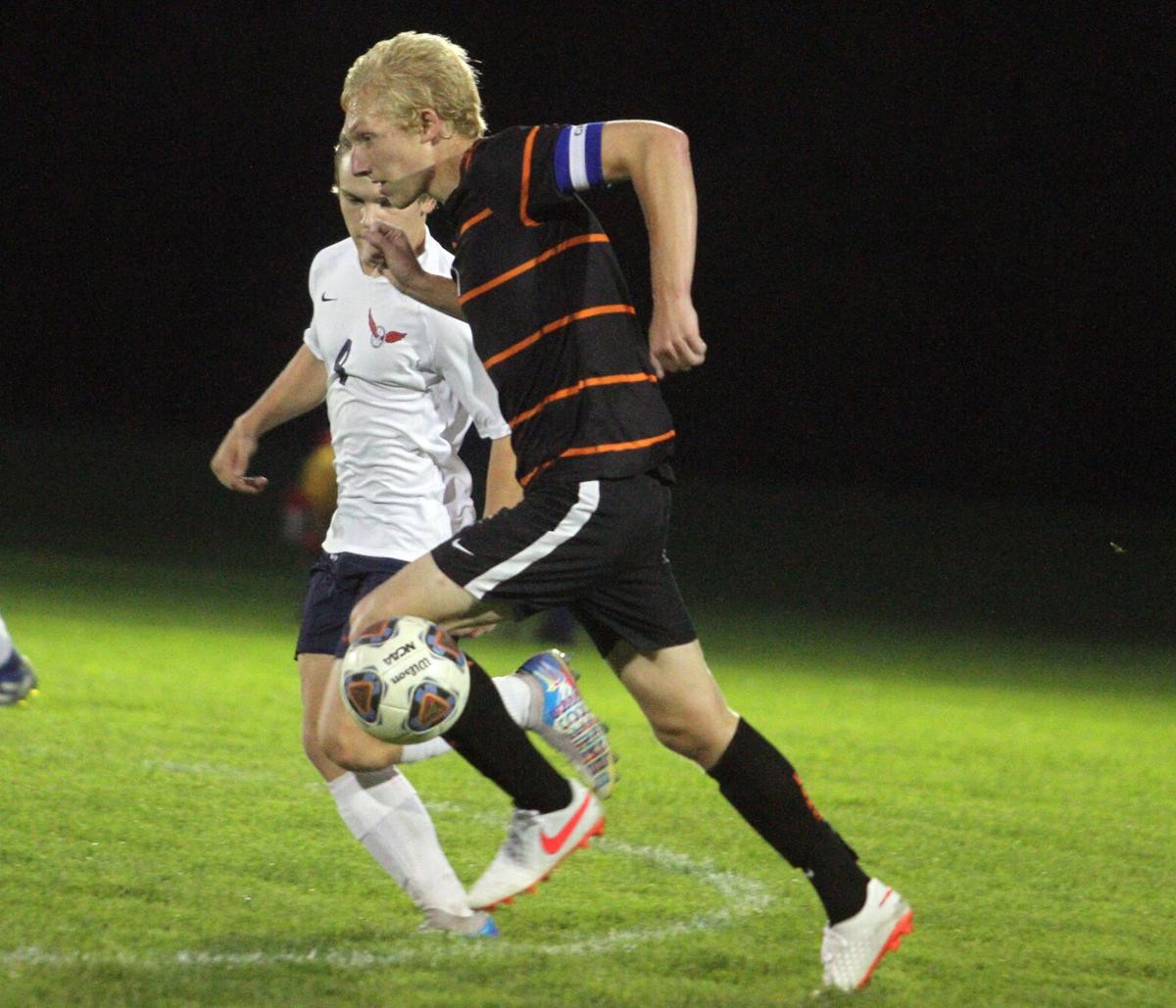 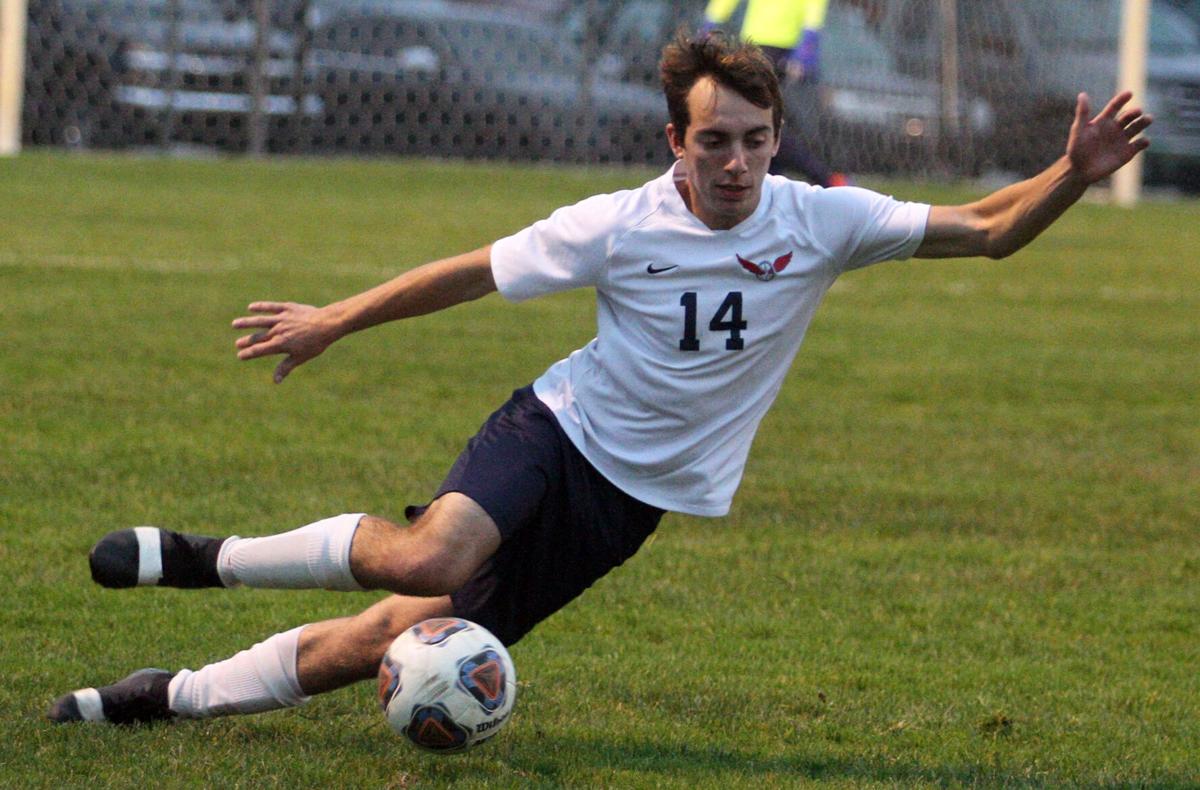 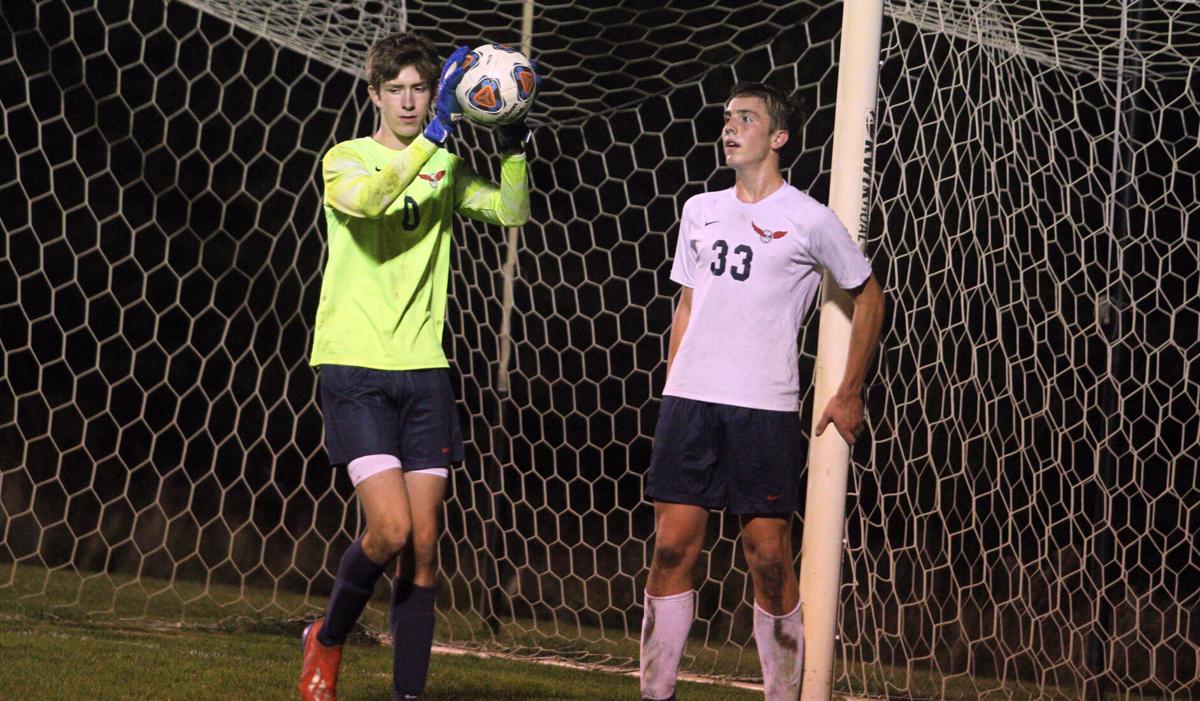 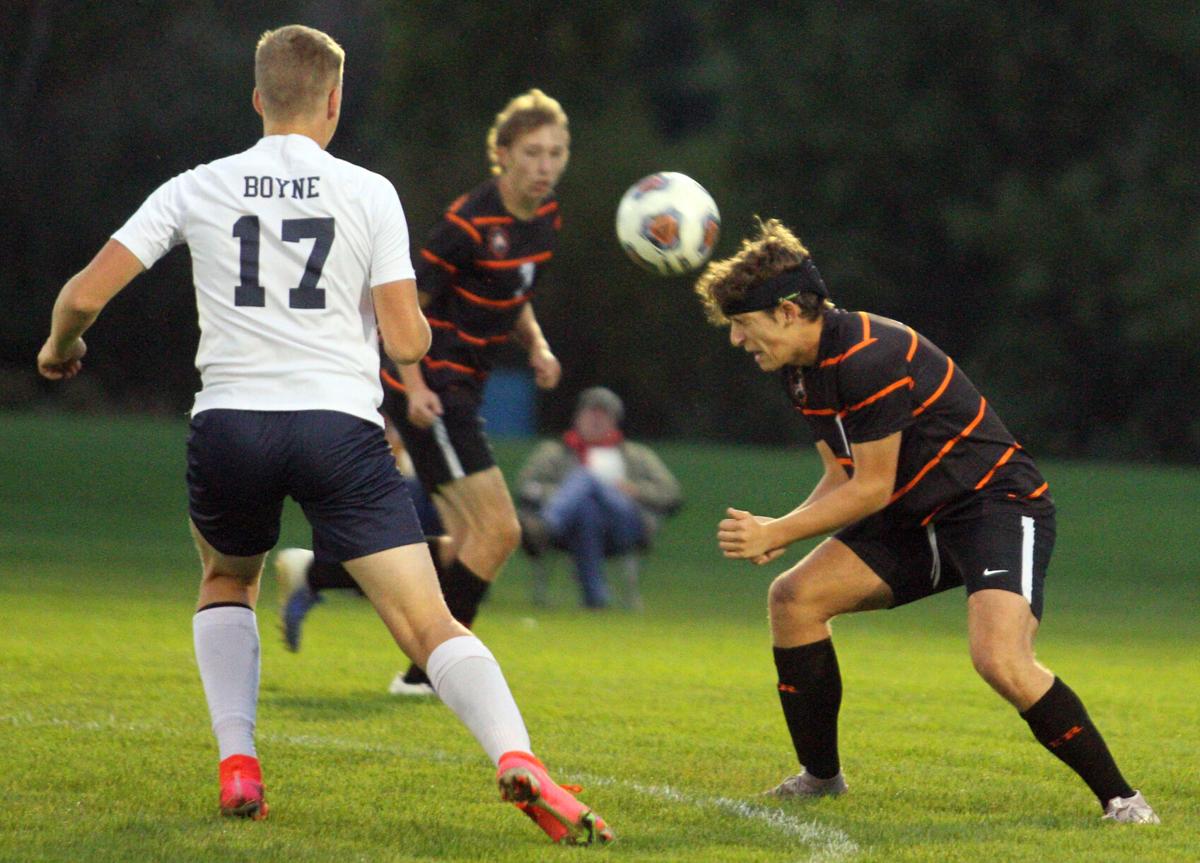 But the Elk Rapids senior helped the Elks produce their only goal of the night Monday in a 1-0 Lake Michigan Conference boys soccer victory over Boyne City that clinched their fifth straight league championship.

Playing a little more than normal on Senior Night, the Elks’ backup goaltender saw time in the field and put pressure on the Ramblers that led to Mason Travis’ goal.

“In a close game like that, you know where the ball goes off to the keeper, his effort caused the keeper to just play the ball out of bounds,” Elk Rapids head coach Nate Plum said. “It’s the little things like that that is going to earn him more time on the field. That’s what you love to see out of a senior.”

Travis intercepted that outlet before it went out of bounds, and eventually deposited it in the net.

“I got in there and just kind of took it myself on the sideline and cut back in, saw the opportunity in that corner and took it,” Travis said. “Senior Night, it feels good to get that goal, get the win.”

Elk Rapids owns the Lake Michigan Conference for the last half a decade.

Two and a half weeks ago, the Elks topped the Ramblers 2-0 in Boyne City in a similar defensive battle. In that contest, neither team scored in the first half and the Elks didn’t hit the scoreboard until about midway through the second 40 minutes of play.

“Last time, a couple mental switch-offs,” Boyne head coach Ross Daniels said. “Here, I’d argue the goal they got was a mental switch-off from us again. Otherwise, we played them tight. I’m hoping we get that third crack at it.”

The Elks host districts starting Oct. 13, with Boyne City taking on Traverse City Christian (13-4) in the only game that isn’t at the Elks’ home Field. The Sabres, who topped the Ramblers 1-0 a week ago, host that game at the Keystone Soccer Complex. The Elks bring in Cheboygan (6-9).

The Elks offense kept the defensive-minded Ramblers busy enough for the rest of the game that Boyne City couldn’t muster much of an attack.

The only shot on goal generated by Boyne came off of a long free kick by Derek Word that Jack Spencer had a fairly easy time snagging off of a bounce for his only save of the game.

Similarly, Boyne goalie Nic Santina wasn’t tested a whole lot, either, despite the Elks controlling the ball much more.

“They weren’t getting a lot of quality shots off where Nic was having to make a lot of saves,” Daniels said. “Nic helped keep those guys organized, and that back line really closed down shots. Connor (Carlson), Ben Harmeling and then Derek (Word) stepped in there when he needed to in the first half.”

Travis broke through with the game’s only goal, picking up an unassisted marker in the 13th minute.

“I was a really big goal for me,” Travis said. “It really helped boost us because once we scored, they had to go more into attacking and they’re more of a defensive team.”

Elk Rapids plays Kalkaska in its conference finale Thursday, while the Ramblers host Grayling for their Senior Night.

“We’re going to look to build off our second half here,” Daniels said, “and just hopefully build some momentum and keep the ball rolling.”

Boyne plays its home games at 5 p.m., so playing under the lights and with more dew on the grass took a little adjusting, Daniels said.

“I think there’s always nerves when we come here,” Daniels said. “They know it’s going to be a tight game. They don’t quite play as freely as we did when we were at home.”