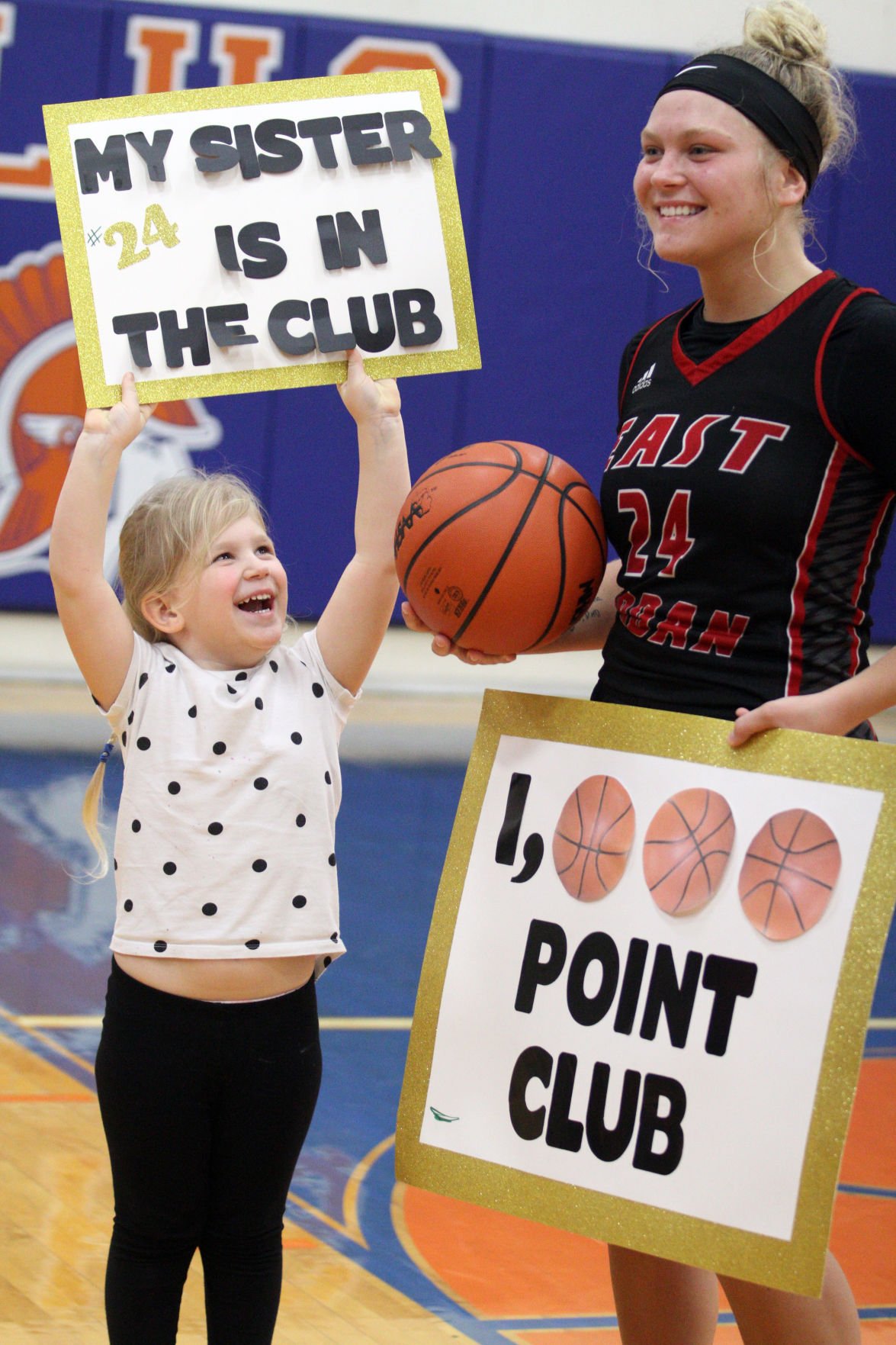 East Jordan’s Jayden Weber (24) poses for a photo with her younger sister Everly after scoring her 1,000th varsity point in a 63-46 win win over Central Lake. 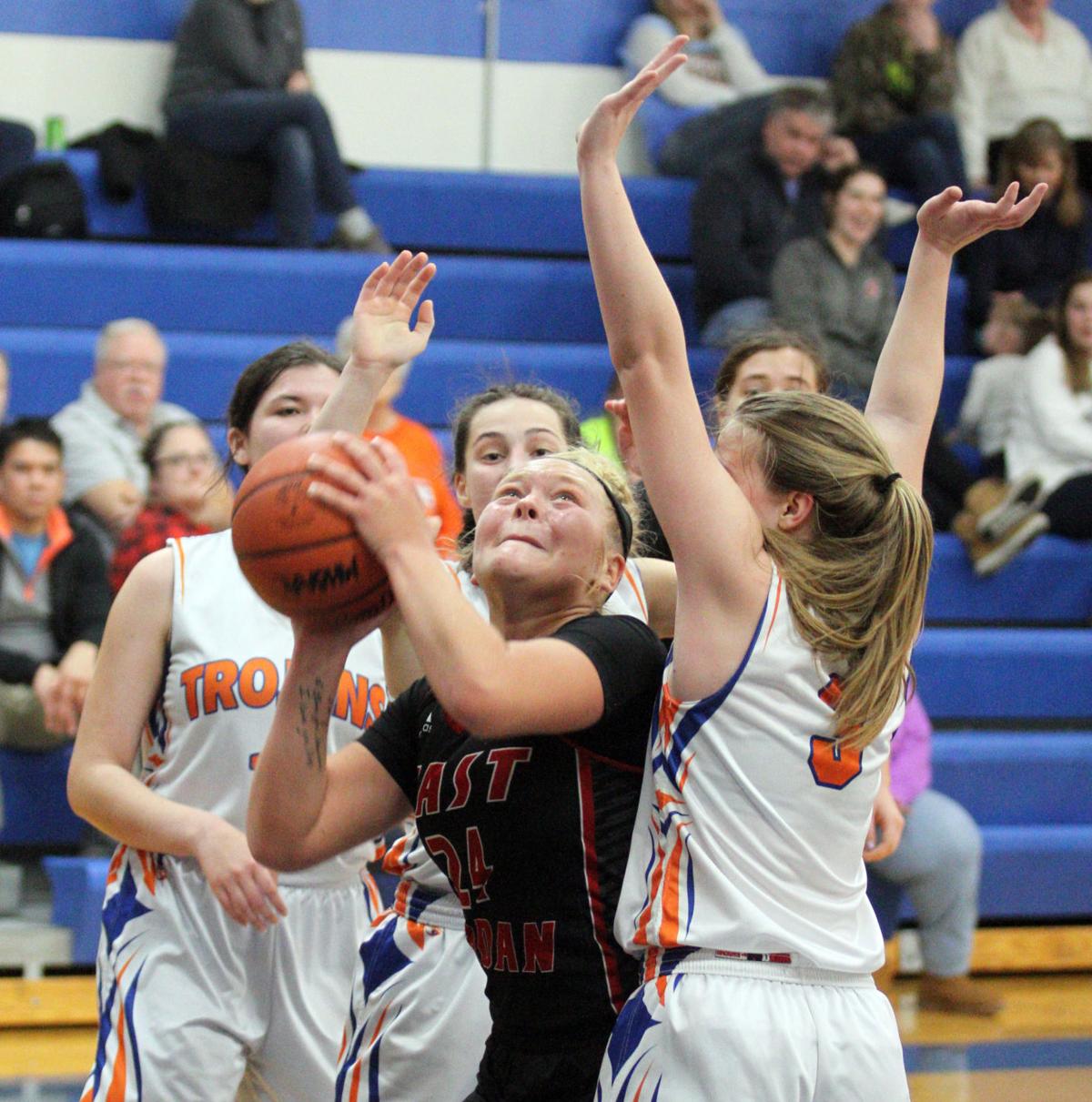 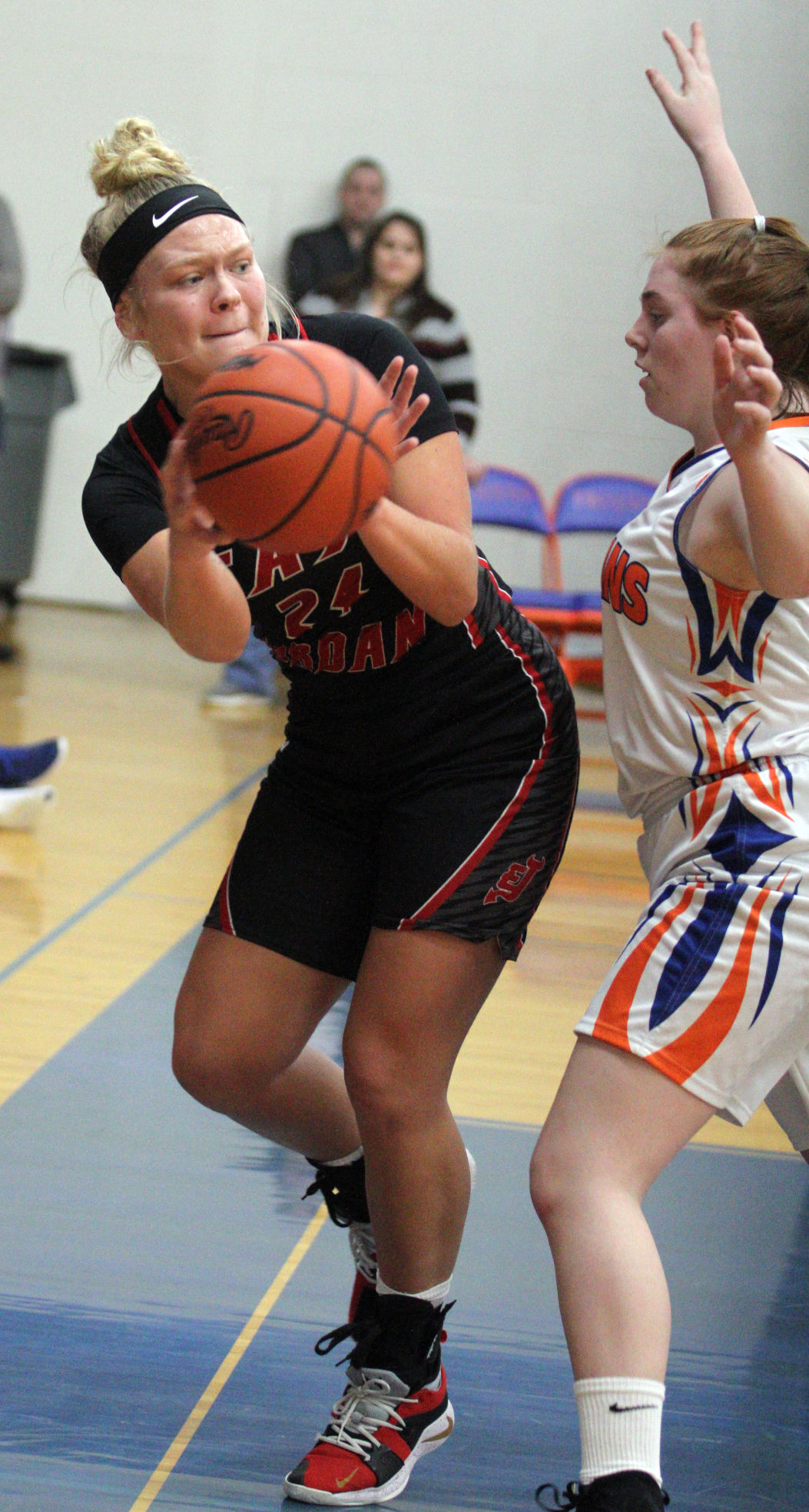 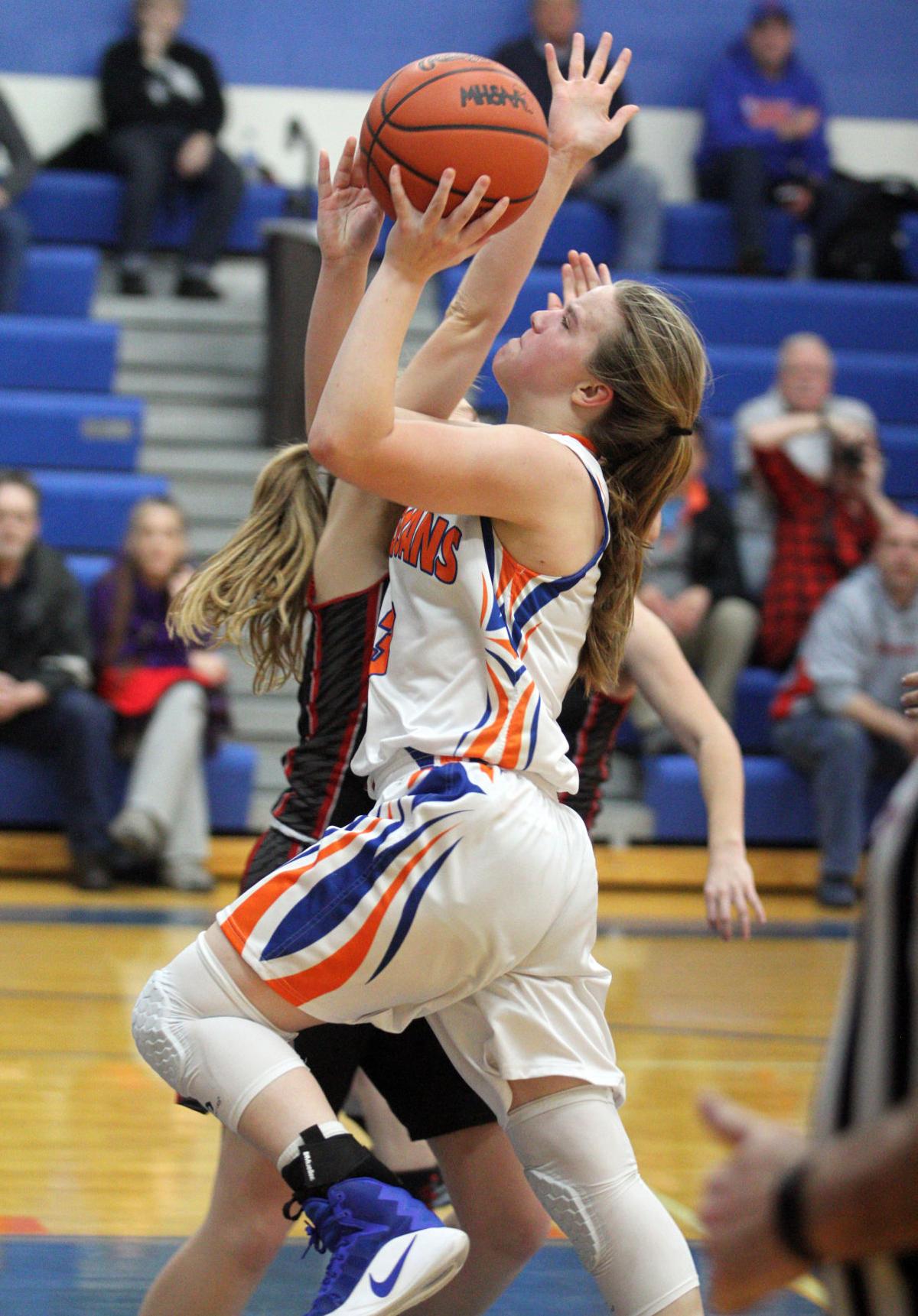 East Jordan’s Jayden Weber (24) poses for a photo with her younger sister Everly after scoring her 1,000th varsity point in a 63-46 win win over Central Lake.

Wednesday, she drained another 3-pointer on Central Lake’s floor, this one for her 1,000th varsity point in a non-conference game East Jordan won 63-46.

“I’ve been wanting to get it for a long time since I watched my brother get it in Grayling,” Weber said. “A long time ago, so it’s very exciting.”

Her brother Jordan and dad Darren sat in the front row to view her accomplishment up close.

Weber drained a 3-pointer in her very first varsity game, starting the Nov. 30, 2016 season opener at Central Lake as a freshman. The East Jordan standout basketball player made exactly one 3-pointer in her first two seasons, serving mostly as a Red Devils post option in those years.

Since then, she’s been regularly hitting from downtown, in the post and everywhere in between.

“Anytime you get a chance to see a kid accomplish something like that, it’s great,” Central Lake head coach Quinn Barry said. “And I don’t care if it’s for or against you, I just think that it’s a really tough milestone. She can get her shots so many different ways. She can hit threes, she posts up well, she drives it well. And she’s just a fantastic free-throw shooter.”

Weber, averaging 21 points a game this season, knocked down a straight-away triple with 1:16 left in the third quarter, setting off a celebration and stoppage in play to recognize the accomplishment. She exited the game with 6:04 remaining and the Red Devils holding a commanding 58-29 lead.

Weber finished with 26 points — the exact amount she needed to reach 1,000. She scored 15 in the first half and the remaining 11 in the third quarter.

“Ever since Christmas break Molly’s game has really fallen into place,” East Jordan head coach Steve Hines said of his senior point guard. “Her decision-making skills are so much better. She’s gotten to the point where sometimes she almost makes it look easy. In my opinion, the most important position on the basketball team is the point guard. Probably like a quarterback in football. And when you have somebody that can handle the ball and get out of pressure situations and have their head up and see the open player, that’s what she’s been doing and it’s really made us a better basketball team.”

Central Lake, which had to call up two players from junior varsity to help fill in with leading scorer Finch Vanniman out with an ankle injury, was paced by 16 by Kaiya Willson, 14 from Liberty Perry and Sydney Fernandez with six. Willson added six rebounds, three steals and two assists and Perry had five boards, three assists and three swipes.

The Trojans (2-5, 1-4 Ski Valley) dressed only seven players on varsity.

“I feel terrible for Finch because she’s put so much hard work in to get ready for the season and then to be dinged up,” Barry said. “But some of our other kids have had to step up and play a more offensive role, and I’m hoping that when she comes back those same kids still hunt their shot and we have more threats. Kaiya Willson has really stepped up her offense and played well for us. Liberty Perry is stepping it up.”

Vanniman, a 5-foot-10 post player who helped run pregame drills while in a walking boot on her left foot, committed to Aquinas College last week.

Weber jumped up and down on her way back to midcourt after draining the milestone 3-pointer, reaching a goal she’s had her sights set on since she watched her brother Jordan become a first-team all-state player and also reach 1,000 points. Hines presented her with a game ball marked with the achievement, and said she hopes to put it in a case and have all her teammates autograph it.

“Since I started dribbling a basketball I’ve been thinking about getting my 1,000th point,” Weber said. “We had two girls get it against us a couple years ago, so I was like, ‘Oh, I want to do it so bad.’”

Weber was able to keep track of how close she was getting during the game, with Central Lake’s scoreboard displaying player points on one end of the court and several East Jordan students checking off numbers from 26 on down on a large poster at the other end.

“I was trying not to think about it, but that’s pretty hard,” Weber said. “It’s a big deal to me.”

“The excitement and the build up for the last couple weeks was a little distracting at times,” Hines said. “But she’s a hard worker. She’s a great kid, and nobody deserves it more than she does.

“I was kind of hoping that it would happen sooner rather than later. We have a big conference game on Friday and I would just assume not have that distraction going along with us for the team’s sake. I’m kind of glad that it happened tonight. Now that we can check that one off our list, we can move on and see what else we can accomplish.”