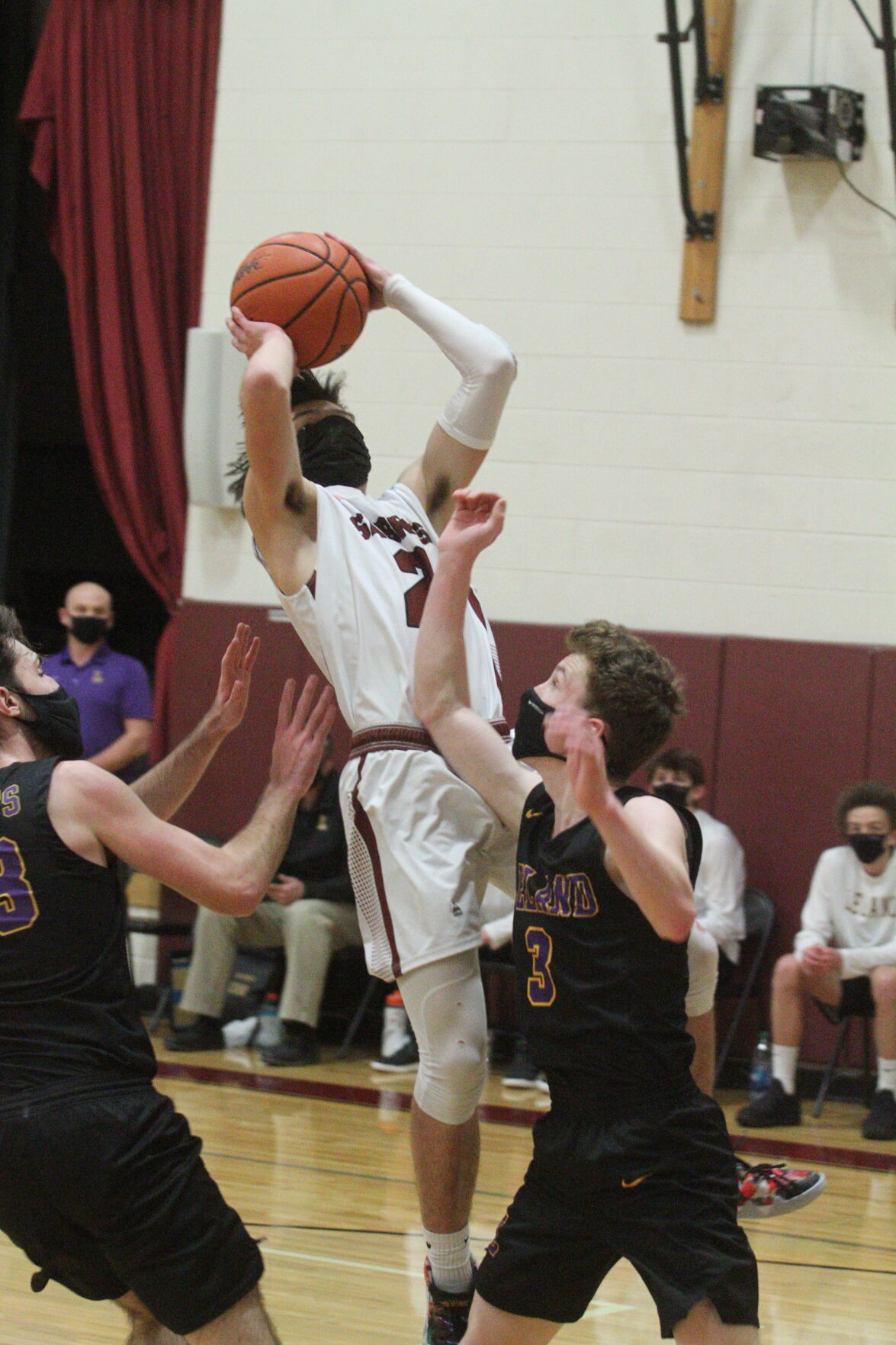 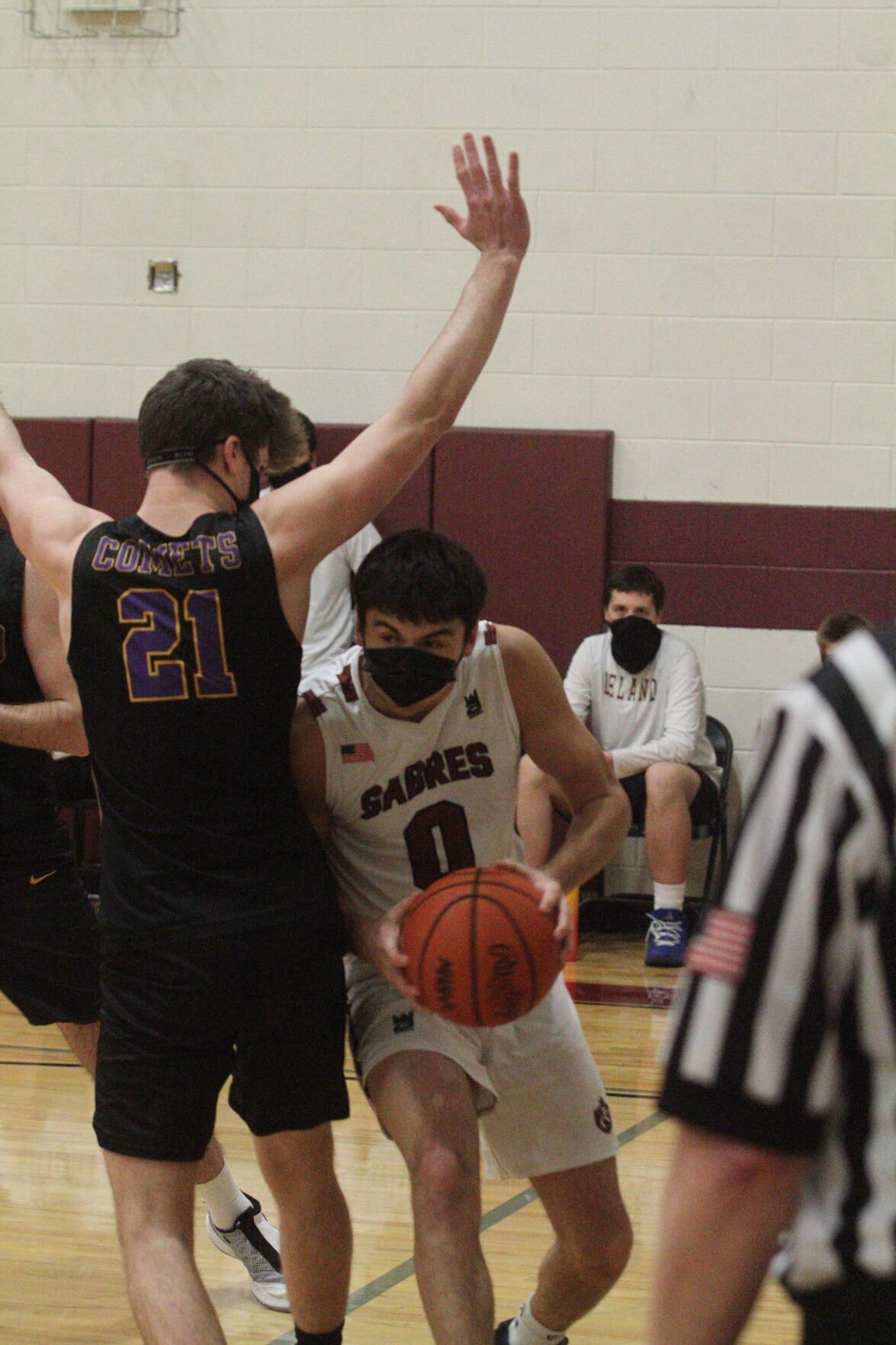 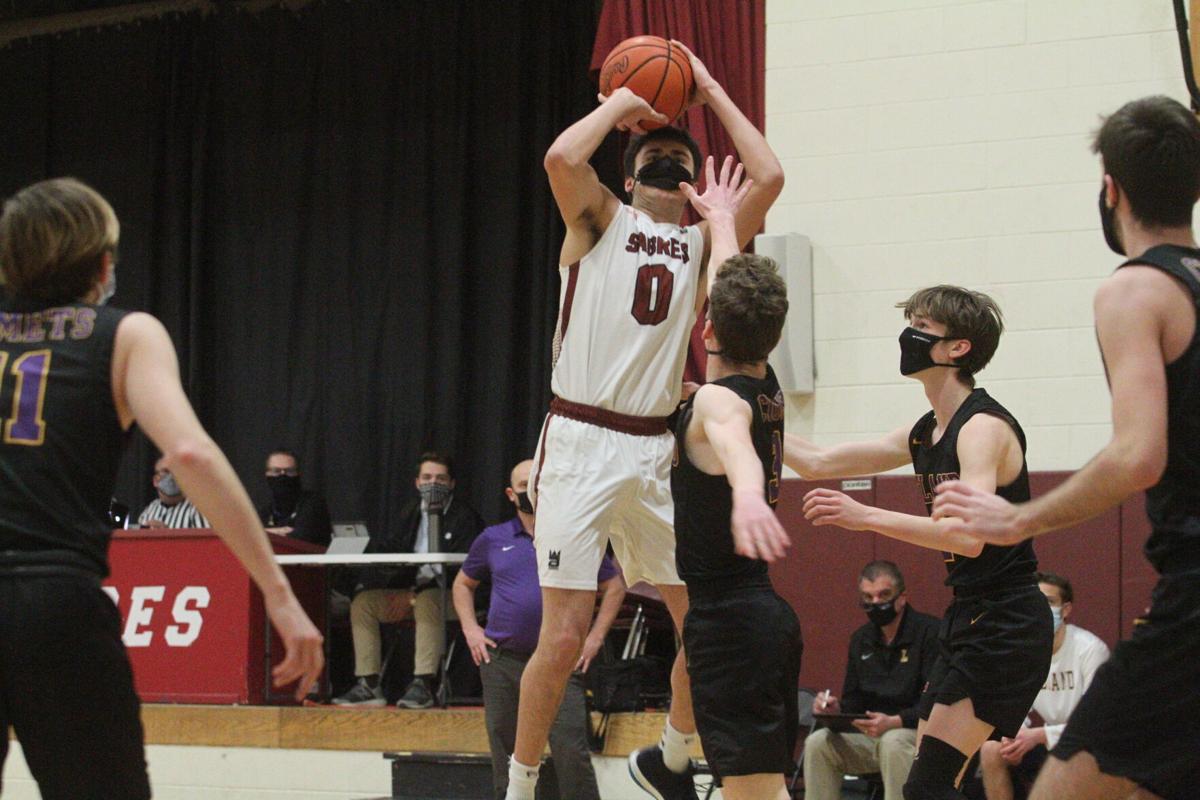 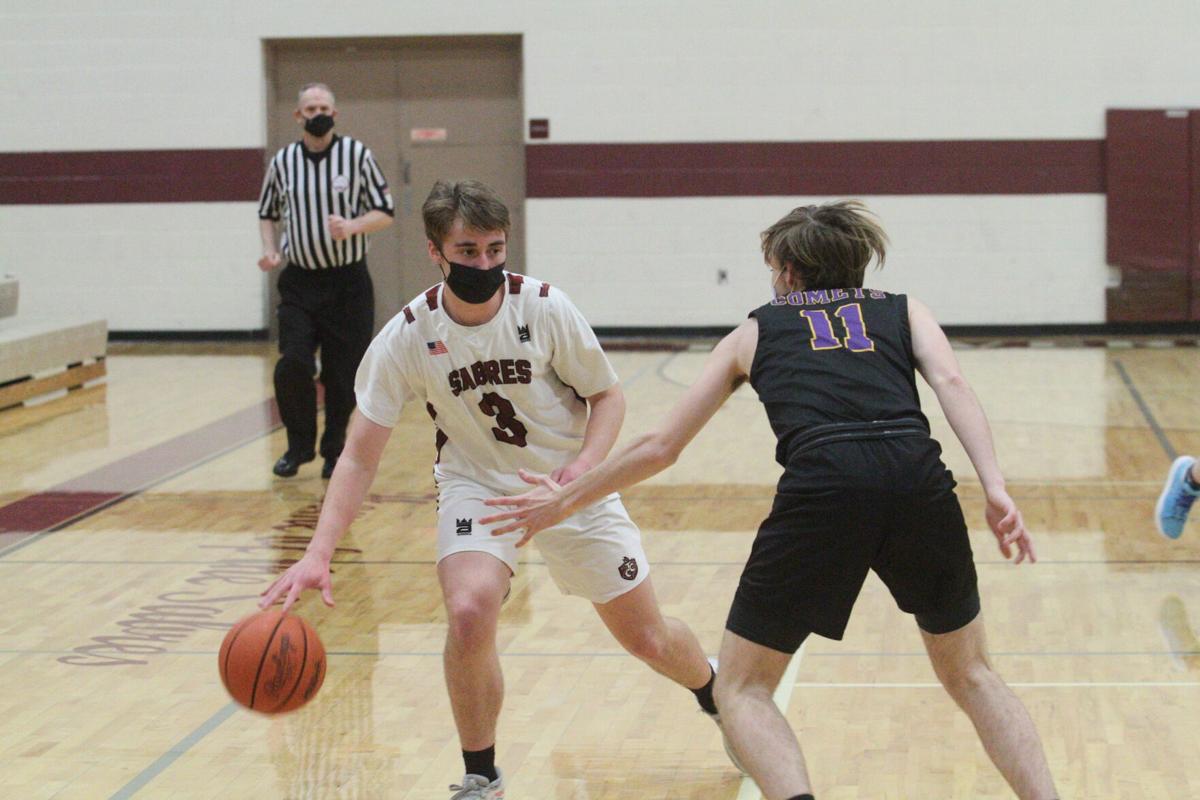 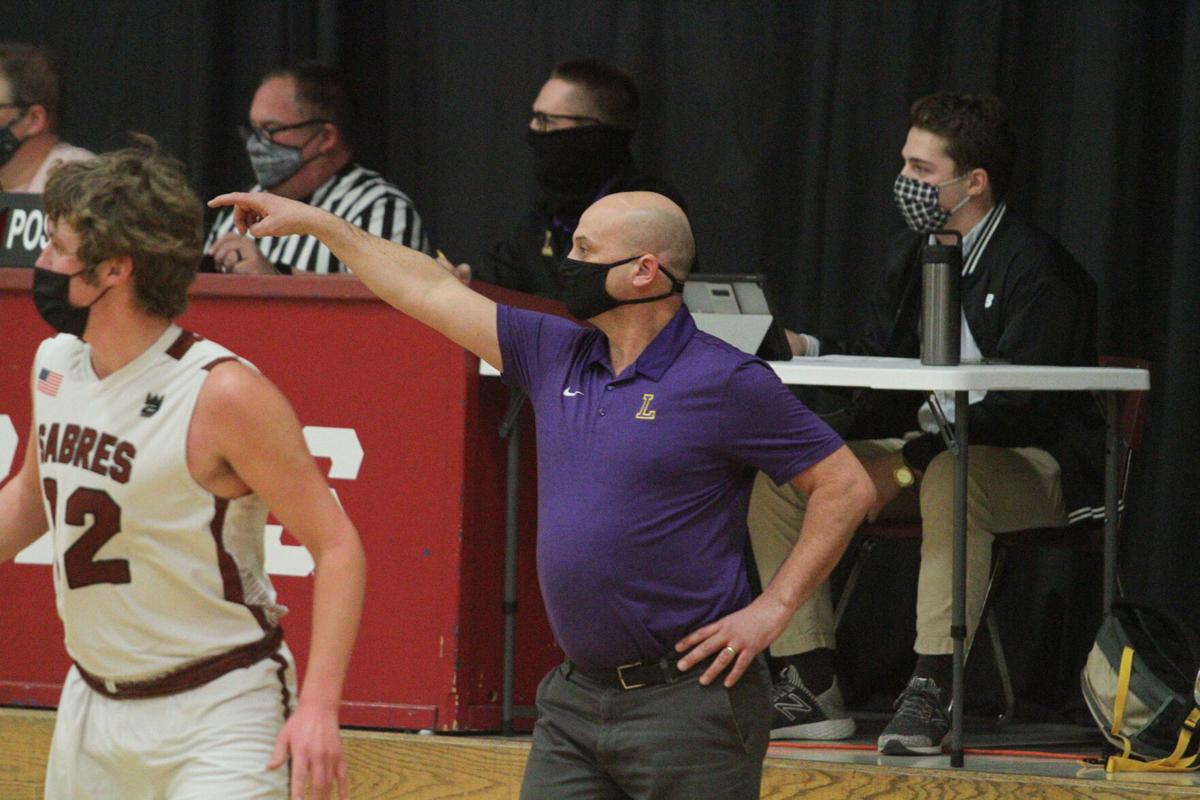 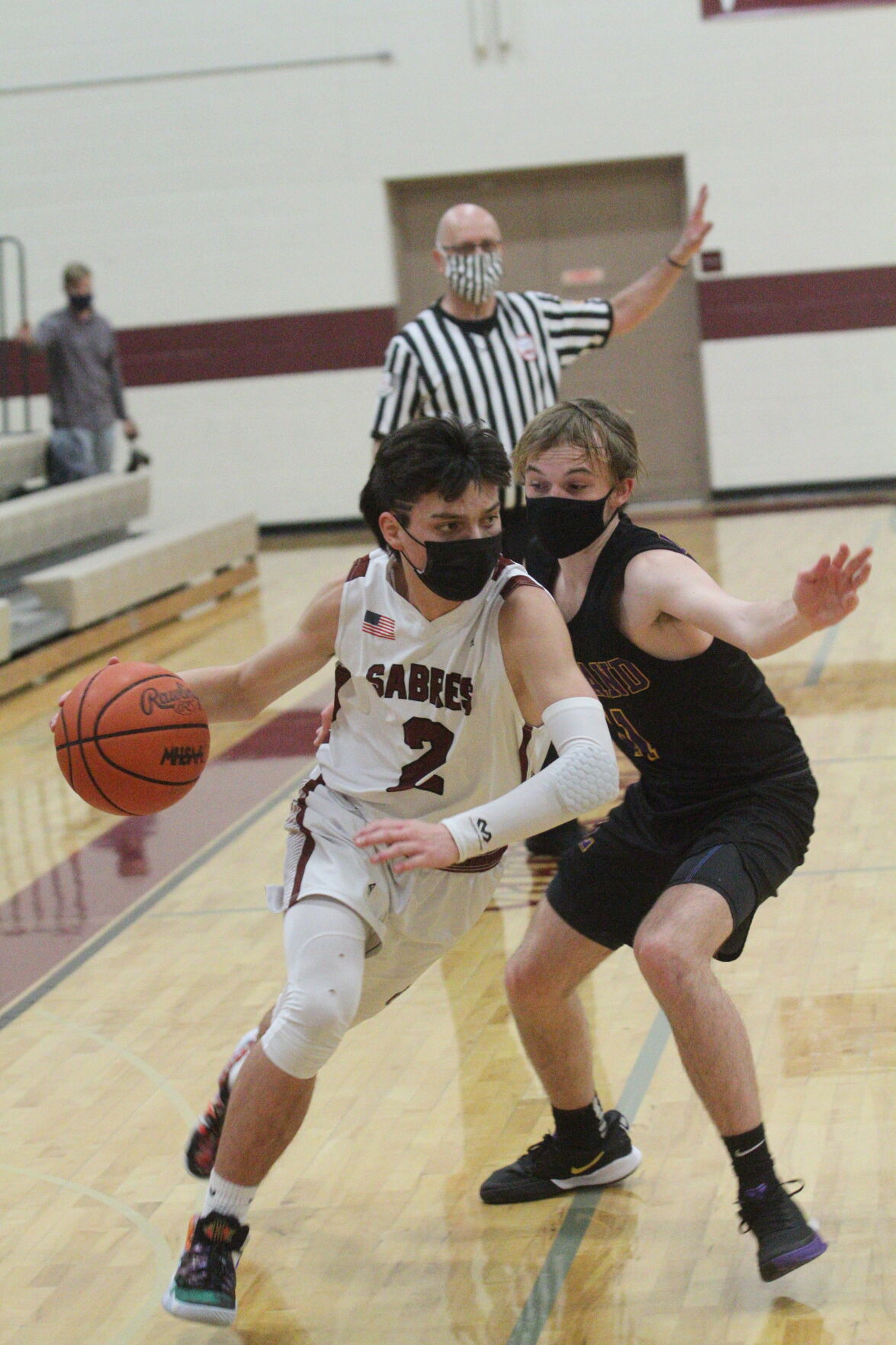 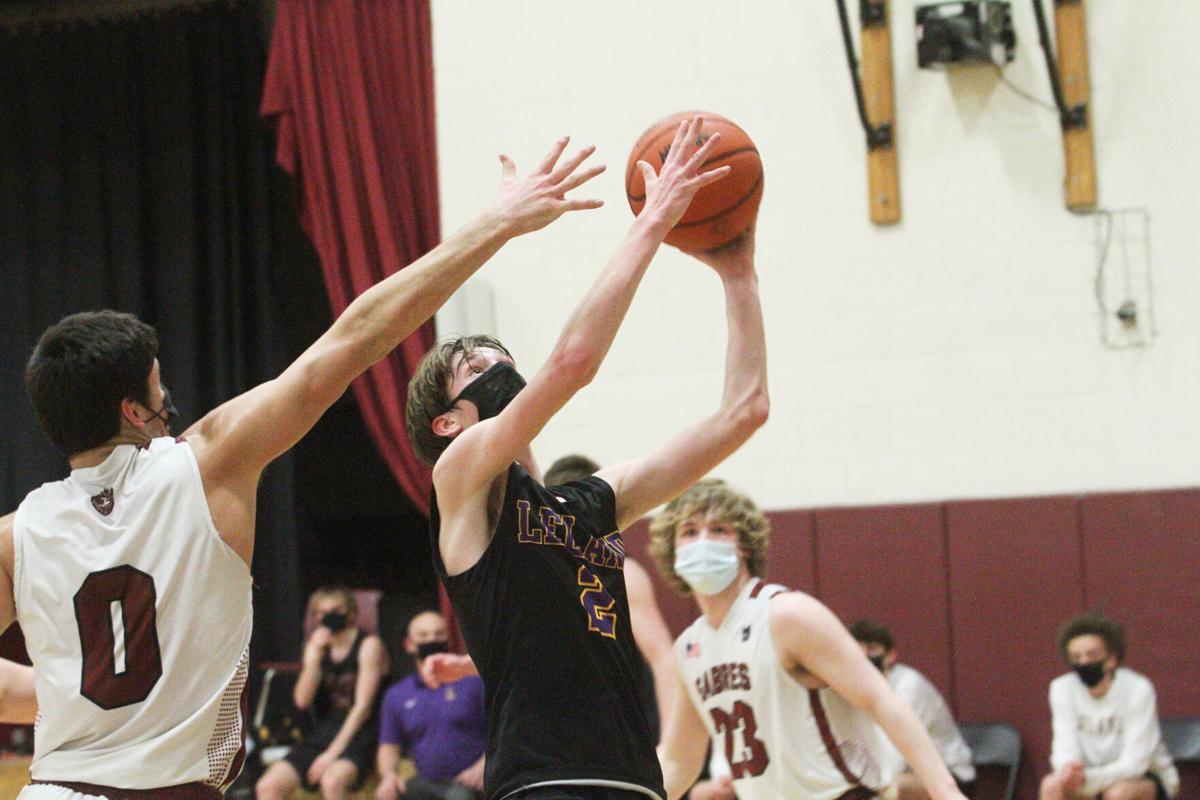 The two spent so much time together both on and off the court, Popp labelled the relationship as “partners in crime” as the pair do everything together.

Put Miller and Popp on the next “wanted” poster because the pair orchestrated a highway robbery Thursday night, dropping a combined 46 points in a 70-51 victory over Traverse City Christian in the Division 4 district semifinal.

“JJ and Gavin in particular have led these last three weeks they have been leading by example by pushing in practice, hitting big shots when its important and dragging everybody in to cheer for their teammates,” Leland head coach Jon Kiessel said. “I think it was just an example of leaders being a leaders.”

The dynamic duo essentially swapped scoring duties in each half. Popp came out of the locker room blazing hot, dropping 15 points in the first half, and Miller took over after halftime with 19 points.

“Gavin and I have been playing together since day one, so he is kind of like my brother and my partner in crime,” Popp said. “We’re doing everything together so if I’m not hitting, he’s hitting and we are working off each other. We read each other really well so I am thankful for that.”

The Comets came into Thursday’s game at TC Christian knowing they had to stop Sabres junior Brock Broderick, who was averaging an area second-best 21.6 points per game. Leland managed to hold Broderick to 15 points, mostly because the junior got into foul trouble only 10 minutes into the game. The Sabres stayed close through one quarter but a six-point burst from Leland to start the second began the scoring night for Miller.

Miller netted three shots in the quarter, helping Leland take a 36-24 halftime lead, and took that momentum into the locker room. He came out of the break and led the charge for Leland with 11 third-quarter points, six of which came from deep after the Sabres began to respond.

“I thought they hit some really tough contested shots I thought their energy was really good,” Sabres head coach Aric Woughter said. “I do feel like their relentless energy got to us in the second half and our help in rotations wasn’t as crisp as they normally are. So hitting those tough shots really affected our mental aspect.”

Leland ballooned the lead to as many as 21 in the final quarter as the Sabres weren’t able to find the bottom of the basket. Nathan Hresko netted eight points and senior Elijah Mleko seven for TC Christian, well below his season average.

Leland fell to Final Four-bound Frankfort on a buzzer-beater in 2019 and the Comets remember what it was like last year when they were lined up for a chance at a district title and COVID-19 shutdown the season just hours before the game.

“It’s been such a whirlwind roller coaster of a season, and having had seasons in a row where the endings were not what we wanted ... I think those guys are super motivated to not waste a single second on the floor,” Kiessel said. “Everybody knows that every moment could be the last one so they were hyped and super focused on this moment.”