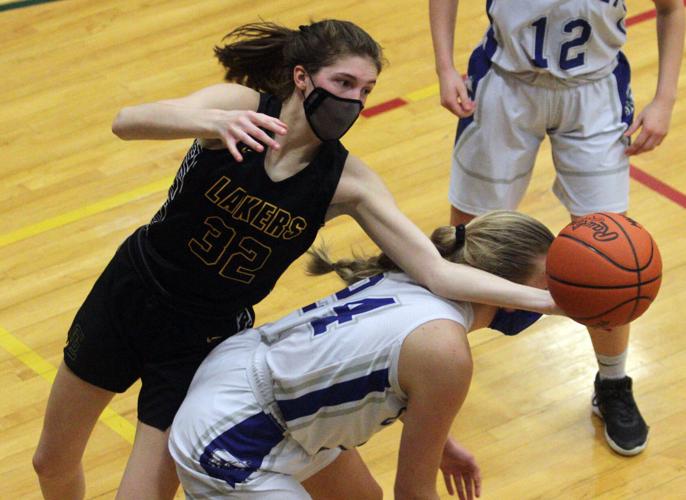 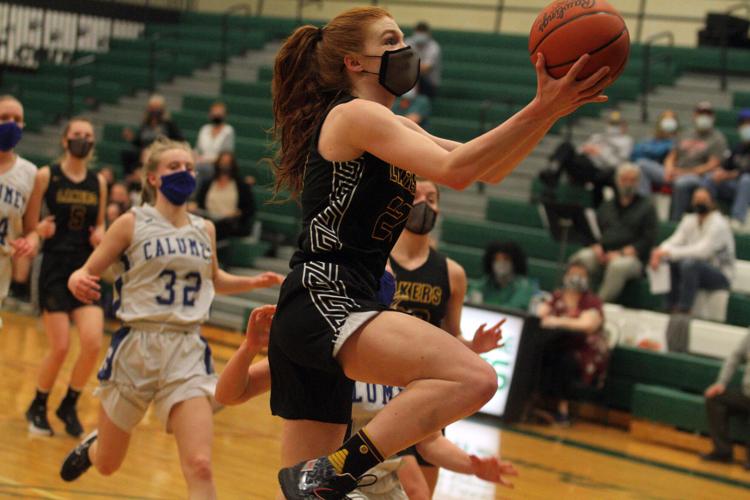 Glen Lake junior Jessica Robbins (23) glides in for a layup Monday against Calumet in Houghton Lake. 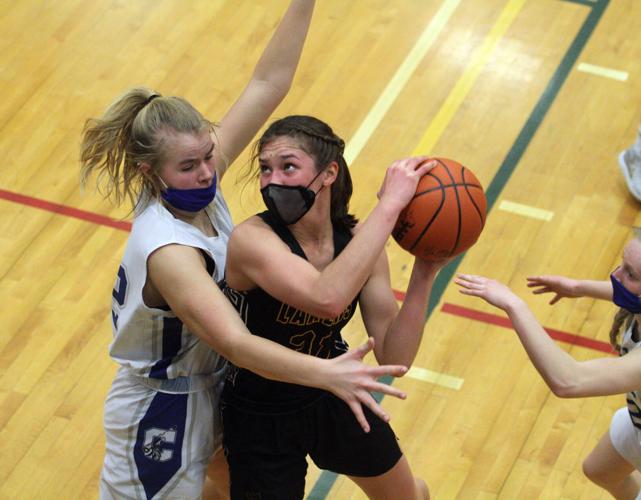 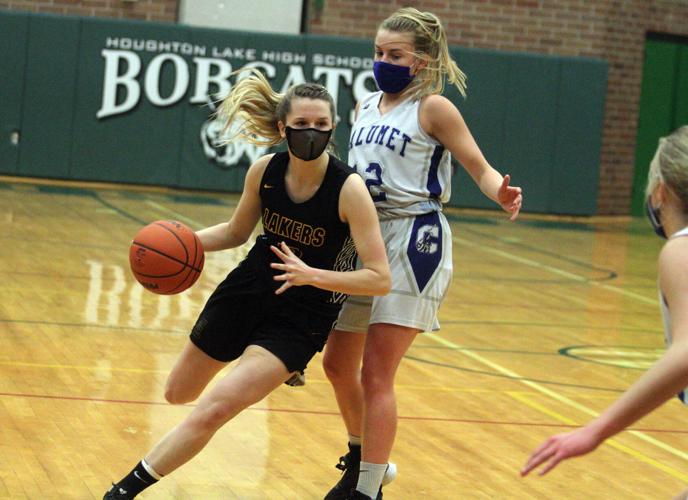 Glen Lake junior Jessica Robbins (23) glides in for a layup Monday against Calumet in Houghton Lake.

“Getting a better Hotel,” the Calumet senior said after leading the Copper Kings to the Final Four with a 73-69 win Monday over Glen Lake. “We’ve been staying at this Super Eight and we’ve all been looking forward to a nice hotel.”

Djerf, a manager in sixth grade for the last Calumet team to advance to the Final Four back in 2015, goes in uniform this time around. She almost tripled the Super Eight, putting up 23 on the Lakers, who came into the game undefeated at 19-0.

“It was so weird,” Djerf said. “It felt like everything was so much bigger and you looked around and you couldn’t tell who was in the stands, nothing.”

No issues with that Monday in Houghton Lake’s gym.

The two teams that looked like carbon copies — multiple tall players, pressing, zone defense, running seven deep — and played to a back-and-forth game that saw the Copper Kings lead by eight in the second quarter, only to have the Lakers rally for a one-point halftime advantage and roll that momentum into the third quarter to take a 12-point lead on Hailey Helling’s baseline 3-pointer midway through the stanza.

Calumet junior Marybeth Halonen scored six points in a row for the Copper Kings, spurring an early fourth-quarter run that put Calumet up 65-57.

The Lakers clawed back within four on Grace Fosmore’s bucket with 56 ticks left, and Calumet missed six of nine free throws in the final 1:02 to keep the door open. But the Lakers couldn’t capitalize. Maddie Bradford hit a triple as time expired for the final four-point margin.

The Lakers lose Helling, Fosmore and Korson from their core rotation of seven players.

“Like I told the seniors and the girls, I said, ‘You had a heck of a season, 19-0, coming down here, only four teams left to after this.’,” Bradford said. ”But it still hurts. The girls were playing with heart and emotion.”

Helling returned from a severe ankle sprain that forced her to miss all of regionals, and started at point guard in what would be her final basketball game as a Laker.

She drew assists on each of the Lakers’ first two buckets, both to Fosmore underneath.

“She had a tough road,” Bradford said. “She did a lot of work and a lot of extra things (to get back). She finds that open girl, and she’s a true team player. She doesn’t care how many points she has. It’s just helping the team to win.”

Glen Lake’s last four playoff opponents came into their matchup against the Lakers with a combined one loss. Glen Lake dispatched of the first three by at least 22 points.

HOUGHTON LAKE — McBain worried two postseasons in a row could go to the wayside.

Regional Royalty: Lakers run away with Division 3 regional over Hart

Back Again: Frankfort returns to quarterfinals with 50-41 win over St. Mary

BUCKLEY — The Frankfort Panthers make you play their game, whether you like it or not.