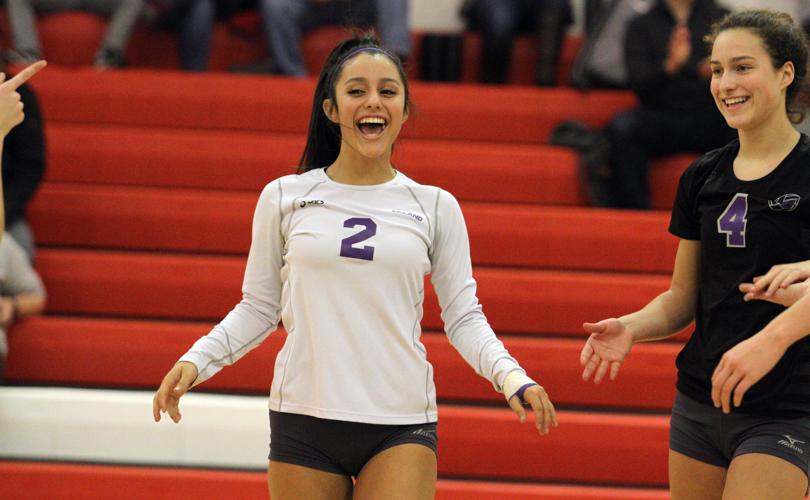 Leland’s Mia Osorio (2) celebrates after a Comets point Tuesday in a Division 4 regional semifinal match against Bellaire at Bear Lake. 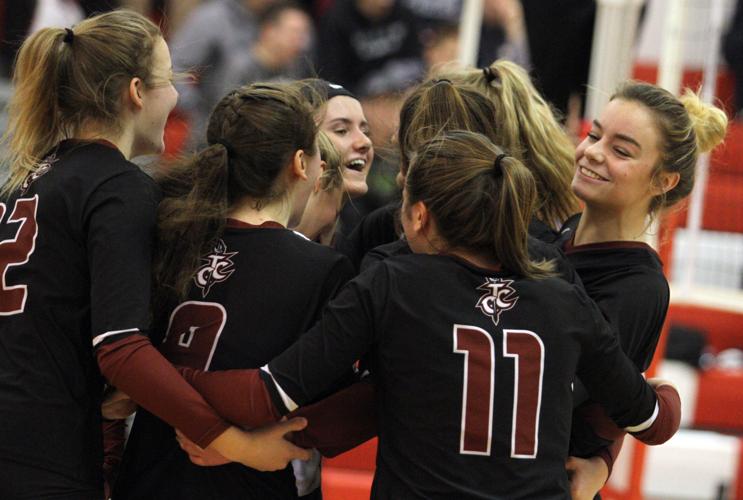 Traverse City Christian celebrate after winning a point against Hale in a Division 4 regional semifinal match Tuesday at Bear Lake. 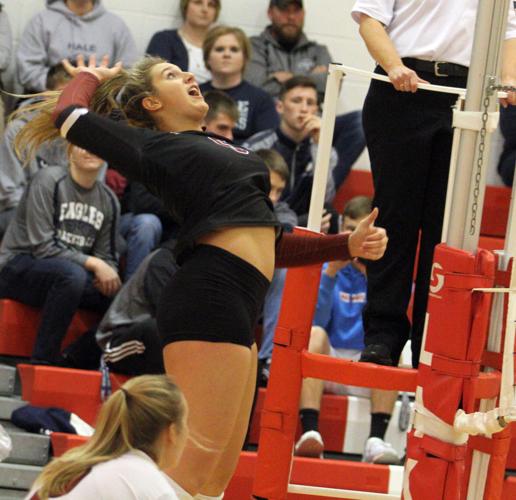 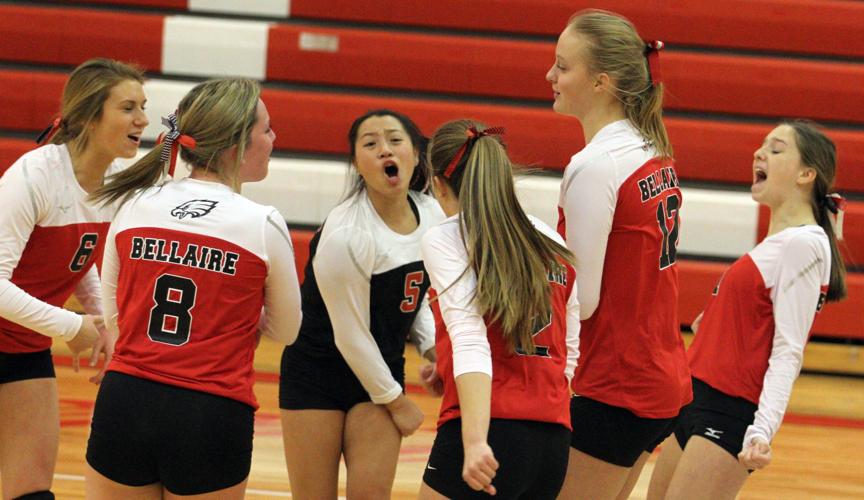 Leland’s Mia Osorio (2) celebrates after a Comets point Tuesday in a Division 4 regional semifinal match against Bellaire at Bear Lake.

Traverse City Christian celebrate after winning a point against Hale in a Division 4 regional semifinal match Tuesday at Bear Lake.

The Division 4 regional has belonged to the Comets, after all, with Leland winning it every year since 2011. Perhaps the banner serves as a reminder about who owns that regional.

Leland won the regional the last eight years, including a 25-15, 25-11, 25-10 win over Bellaire last year. Every year but one since 2015 has included a straight-games win over the Eagles, this time around Bellaire pushed the Comets past 25 points in a game for the first time.

“We’ve been working on how to beat them and taking notes and everything,” TC Christian coach Katelyn Shaffran said. “We’ve got some ideas and are ready to bring it on Thursday. We’re definitely ready to play.”

The Comets and Sabres face off at 7 p.m. Thursday, back in Bear Lake for the regional championship.

“Emma Mirabelli is a beast, no doubt about it,” Leland head coach Laurie Glass said. “And (Jillene Bouwmeester), she did a nice job today. We’ll have to play good defense and serve well.”

TC Christian didn’t waste a lot of time, extending an early 6-4 lead to 14-6 as Jillene Bouwmeester and Emma Mirabelli pounded out kill after kill. Hale mounted a comeback and tied the game at 19 before a Mirabelli tip and Ellie Visser ace put the Sabres back in control and referees awarded Christian its 25th point of the game when Hale was penalized for playing out of rotation.

Hale led 16-11 in the second game before seven straight points came during Sydney Broderick’s serve, including four by Bouwmeester. The Sabres reeled off 10 straight points to take a 14-6 lead in the third and cruise to a 25-11 victory.

“I think it took us a minute to warm up,” Shaffran said. “I don’t know if it’s the snow day, but they definitely started to kick it in later.”

Bellaire was pesky all evening, digging up Leland shots regularly and extending rallies. The Eagles led 9-7 in the first game before the Comets scored 12 of the next 14 points. Leland broke out to a 9-0 lead in the second to take control.

“We came out big we came out ready,” Bellaire head coach Kelli Fischer said. “They were on fire. We battled that first game and then we kind of left the door open a little. I think the nerves got the better part of us in the second game. We’ve been preparing, talking mental toughness and being able to put it all behind you and forget about the name of the team. We can’t have that stigma. They just have a name on their jerseys just like we do.”

Bellaire led 17-10 in the third game before Leland bounced back. The Eagles had set point at 24-22, but a Gillian Grobbel ace tied it at 24. A Katie Decker kill knotted it up again at 25.

“It’s good to have a team push back and see the response you have,” Glass said.

Kareck was on fire, though, amassing 17 kills to only two hitting errors for a massive .441 hitting percentage.

Molby amassed 40 assists in the game, while Grobbel had three aces and Lowe and Kareck two each.

“That was good for us,” Molby said. “We learn. We learn things when that happens, so they only make us better.”

Molby, the setter for the junior-laden team, said they want to keep winning for Grobbel, the squad’s lone senior.

“Our ultimate goal is to just love the sport and play as hard as we can, as long as we can,” Molby said. “We only have our one senior this year, so we obviously want every opportunity to keeping playing with her. So Battle Creek would be awesome, but we’re just always looking to play together.”

“This team has been amazing,” Kelli Fischer said. “They were a very different crew for me. A lot of introverts, not a lot of extroverts on this team and I wasn’t quite sure how how I was going to handle that because I’m pretty loud. But, they settled into their own and they really blew me away.”