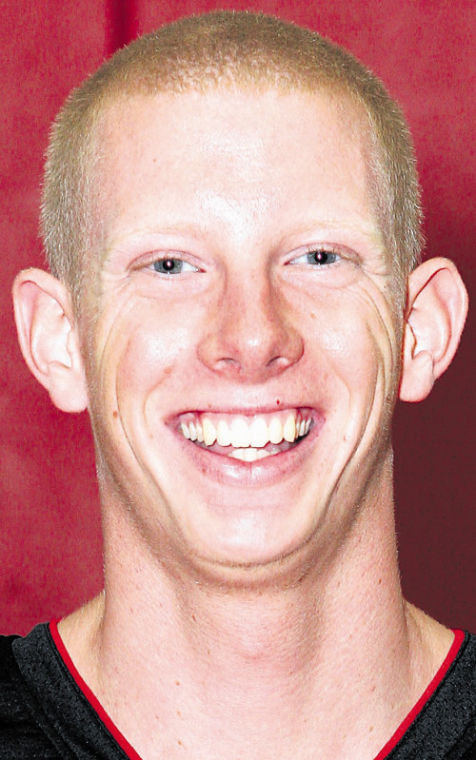 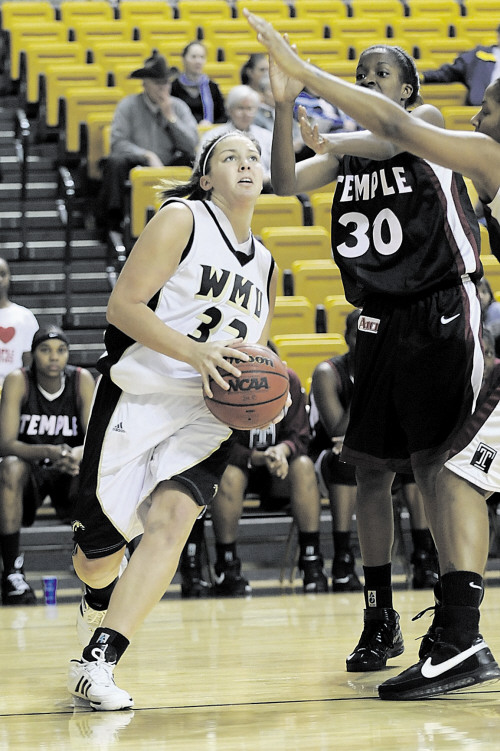 The Broncos won their first Mid-American Conference game of the season -- and snapped a six-game losing streak in the process -- with a 67-57 road victory over Central Michigan on Saturday.

Both Western and CMU were coming off league losses on Wednesday. Banktson had nine points, two steals and a rebound in an 84-70 loss to Ball State while Westover had three rebounds and a block in the Chippewas' 72-52 loss to Toledo.

-- Sophomore guard Austin Randel (McBain) tied a North Greenville (S.C.) school record when he drilled eight 3-pointers in a 90-79 victory over Morris College on Saturday. Randel, who hit 8 of 11 from beyond the arc, finished with 33 points, seven rebounds and four assists for the Crusaders (3-9).

Randel had nine points, four rebounds, three steals and one assist in a loss to Flagler College on Jan. 7.

-- Ferris State had a loss and a tie game against Alaska-Fairbanks, falling to 6-7-1 in the Central Collegiate Hockey Association.

Freshman defenseman Zach Redmond (TC Central) have a goal and an assist in the Bulldogs' 4-3 loss on Friday. Redmond's sixth assist of the season came on the second of Ferris' two first-period goals while his fourth goal of the season tied the contest at 3-3 in the third period.

Redmond is tied for third in scoring for Ferris with 11 points.

On the women's side, Michigan State sophomore Thereseann Zimmerman (Gaylord) was ninth in the mile with a time of 5:32.63.

-- Former University of Michigan runner Katie Erdman (Cadillac), competing for Reebok, won the mile at the two-day Kentucky Invitational with a time of 4:47.29.

-- The St. Mary's University hockey team rebounded for a 3-2 overtime loss to St. Norbert on Friday with a 7-4 rout of Lake Forest on Saturday.

Freshman forward Mike Glaesmer (TC West) scored the fifth goal for the Cardinals (6-6-2). The second period goal on the power play was the ninth this season for Glaesmer, who is tied for the team lead with 18 points.

-- St. Xavier improved to 13-3 with an 84-54 basketball romp over Trinity International on Saturday.

In a 68-66 loss to Adrian, Brandon McClary had 18 points, nine rebounds, two assists and two steals while Mike McClary added 14 points, seven boards, one assist and one block.

-- The Middlebury (Vt.) alpine and Nordic ski teams opened their carnival season by placing second at the Bates College Carnival in Maine.

Middlebury junior Andrew Wagner (TC Christian) was third in the slalom (1:32.5) for the alpine squad.

-- Traverse City Central's Chris Spencer, whose brief basketball career at the University of Wisconsin was plagued by injury, will transfer to California-Santa Barbara. According to her family, Spencer will enroll in the third quarter at UCSB and be eligible to play after sitting out a season.

Junior forward Lynne Blomberg (Harbor Springs) had eight points and two rebounds for the Panthers (16-3, 3-0). Blomberg had 10 points, six boards, one block and one steal in a 76-67 victory over Siena Heights on Wednesday.

-- Olivet lost 109-95 to Carthage in a non-conference swimming meet on Saturday.

-- Aquinas College bounced back from a 74-52 loss to Madonna on Wednesday to beat Concordia 68-47 on Saturday.

Wierzbicki and McDonald each had four points against Madonna.

Junior Kyla Krieger (TC Central) scored a 9.6 on the uneven parallel bars and an 8.9 on the balance beam for the Chippewas.

-- It was a tough week for the Calvin College women's basketball team, which lost 61-54 to Adrian on Saturday and 56-39 to Hope on Wednesday.

-- Hope College junior Don King (TC St. Francis) was voted one of the 2008 captains for the Dutchmen.

-- The Lake Superior State men's basketball team lost a pair of road games, falling 81-67 to Wayne State on Saturday and 99-81 to Hillsdale on Thursday. LSSU is 4-10 overall and 3-6 in the Great Lakes Intercollegiate Athletic Conference.

Junior guard Mark Morse (Harbor Springs) had nine points, two rebounds, one assist and one steal against Wayne State. Morse had four assists, three points and one rebound against Hillsdale.

-- The Alma College women's basketball team lost a pair of MIAA games last week, falling 61-48 to Tri-State on Saturday and 63-55 to Adrian on Wednesday.

Sophomore forward Megan Hoblet (Cadillac) had 13 points and seven rebounds for the Scots (3-8, 1-4 MIAA) on Saturday and seven points, two assists and one steal on Wednesday.