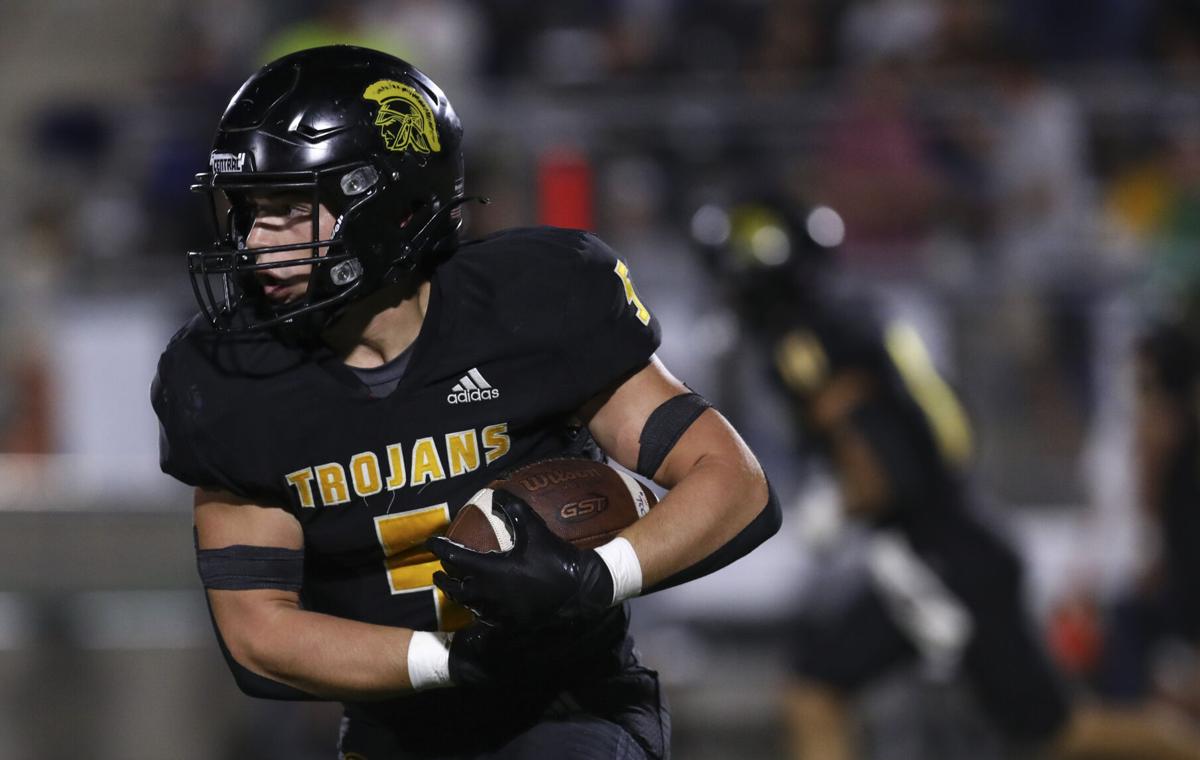 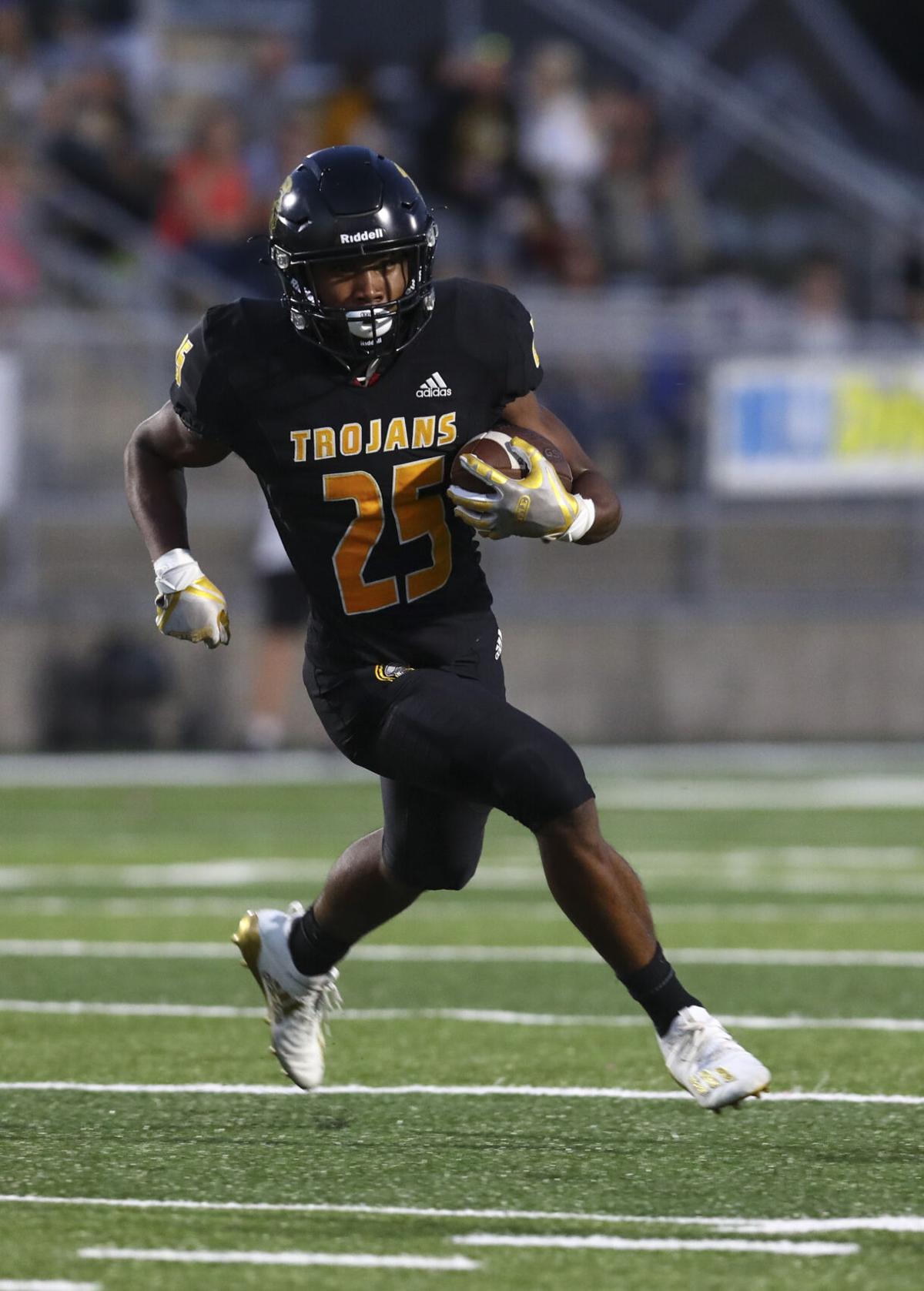 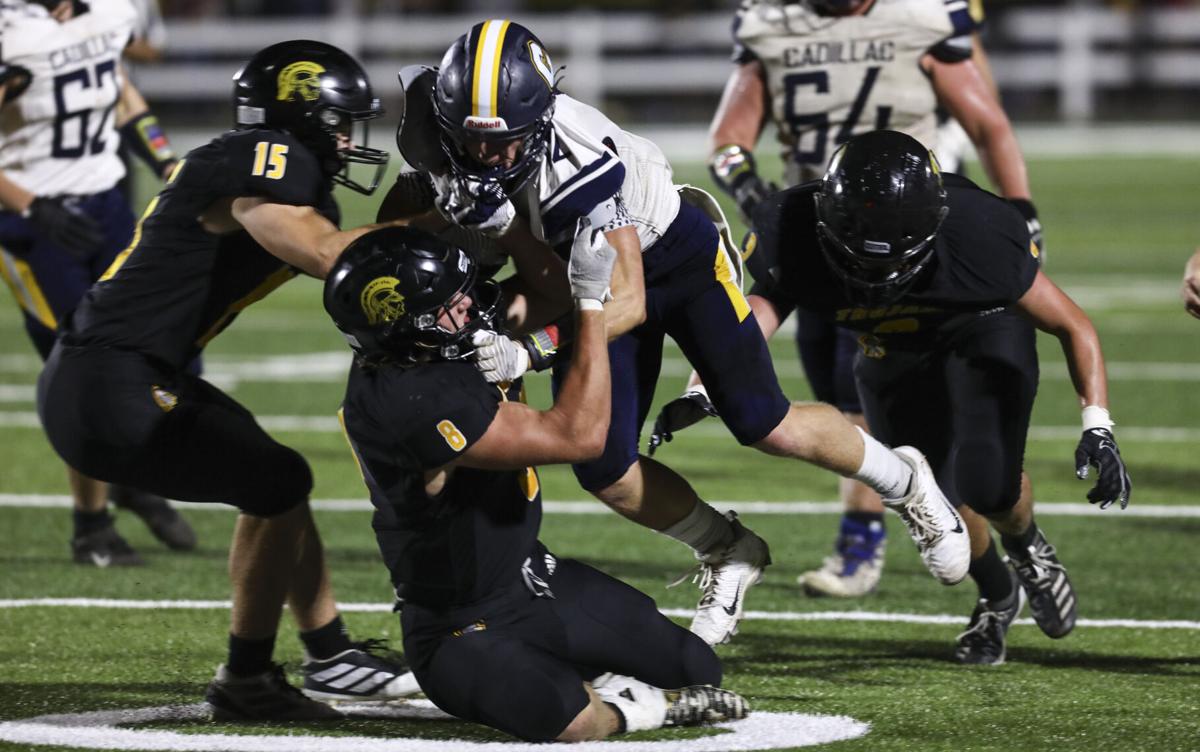 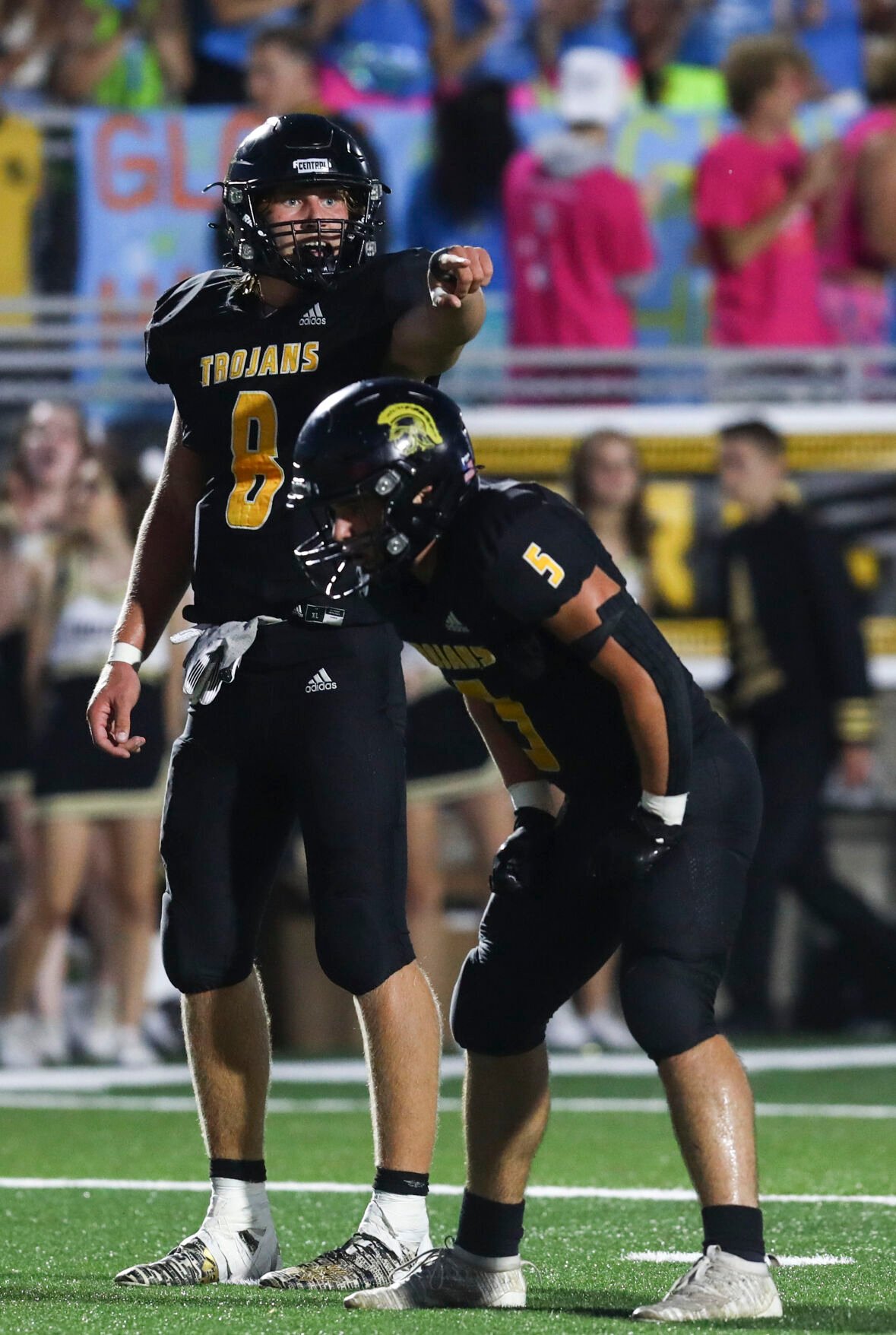 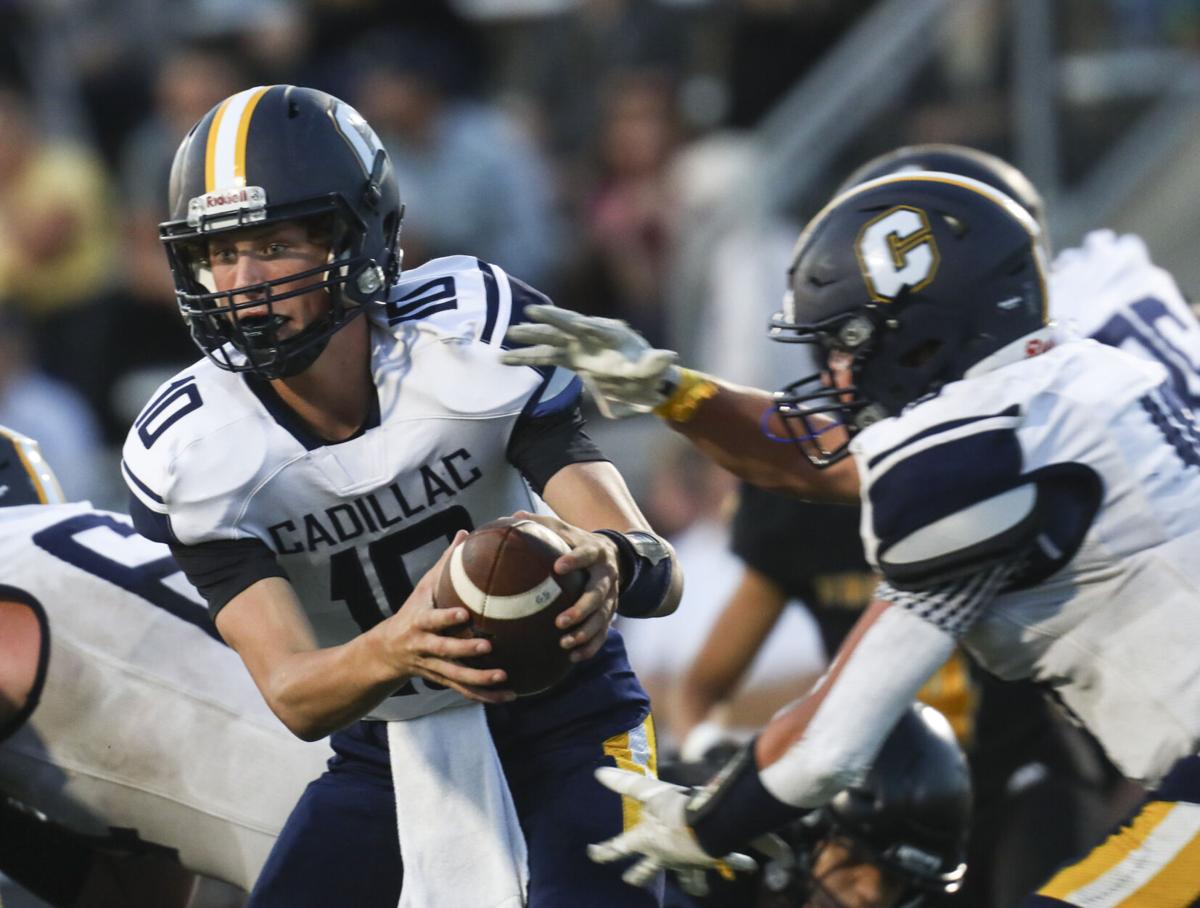 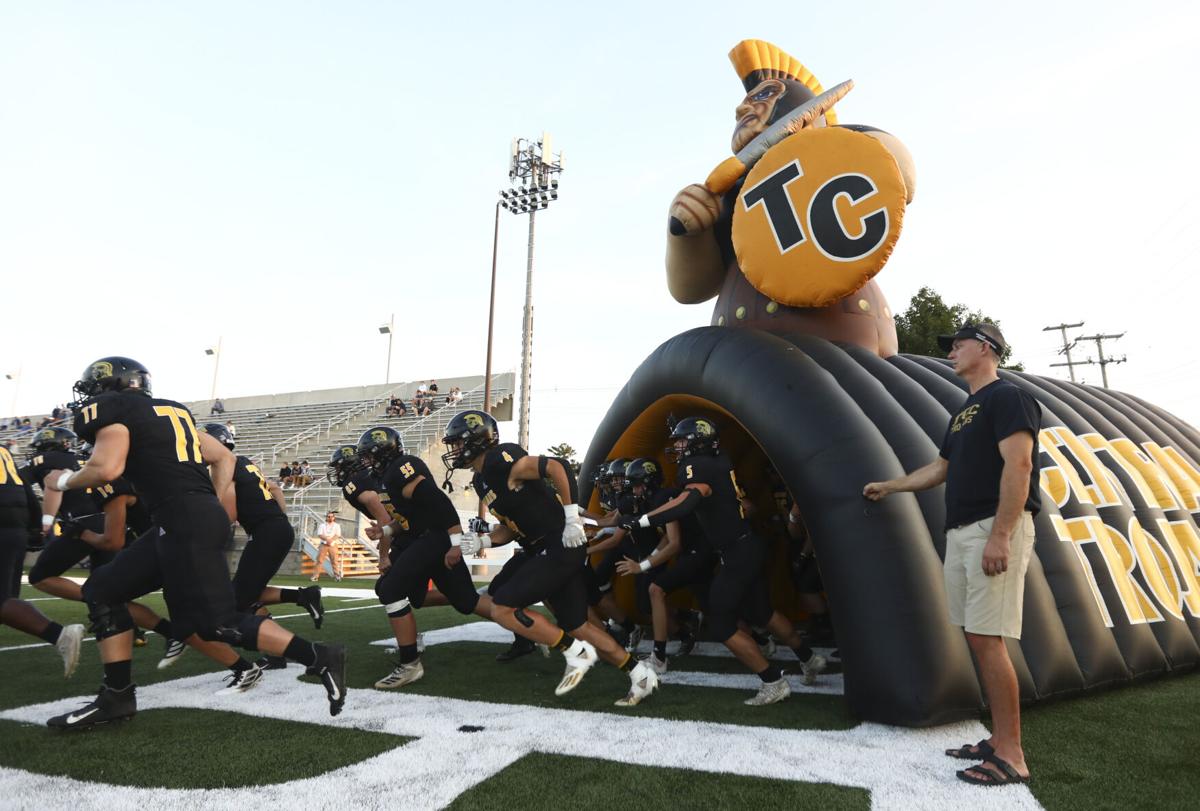 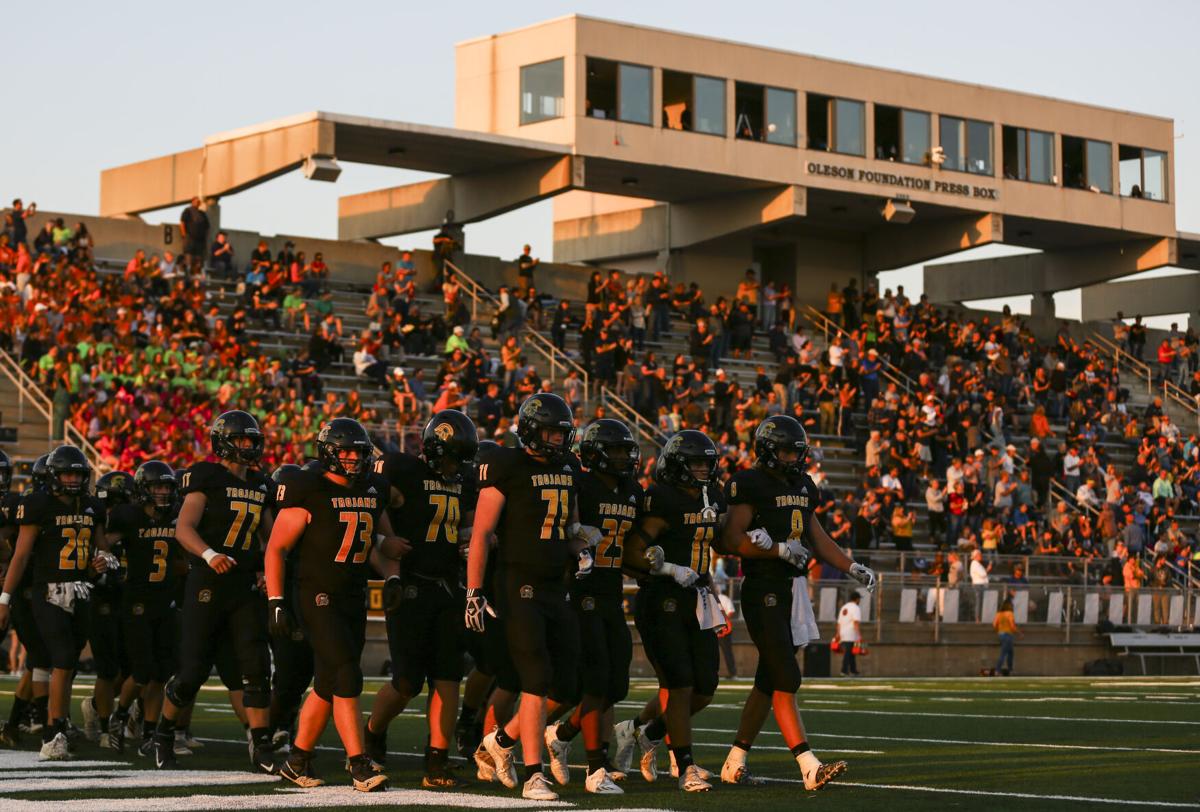 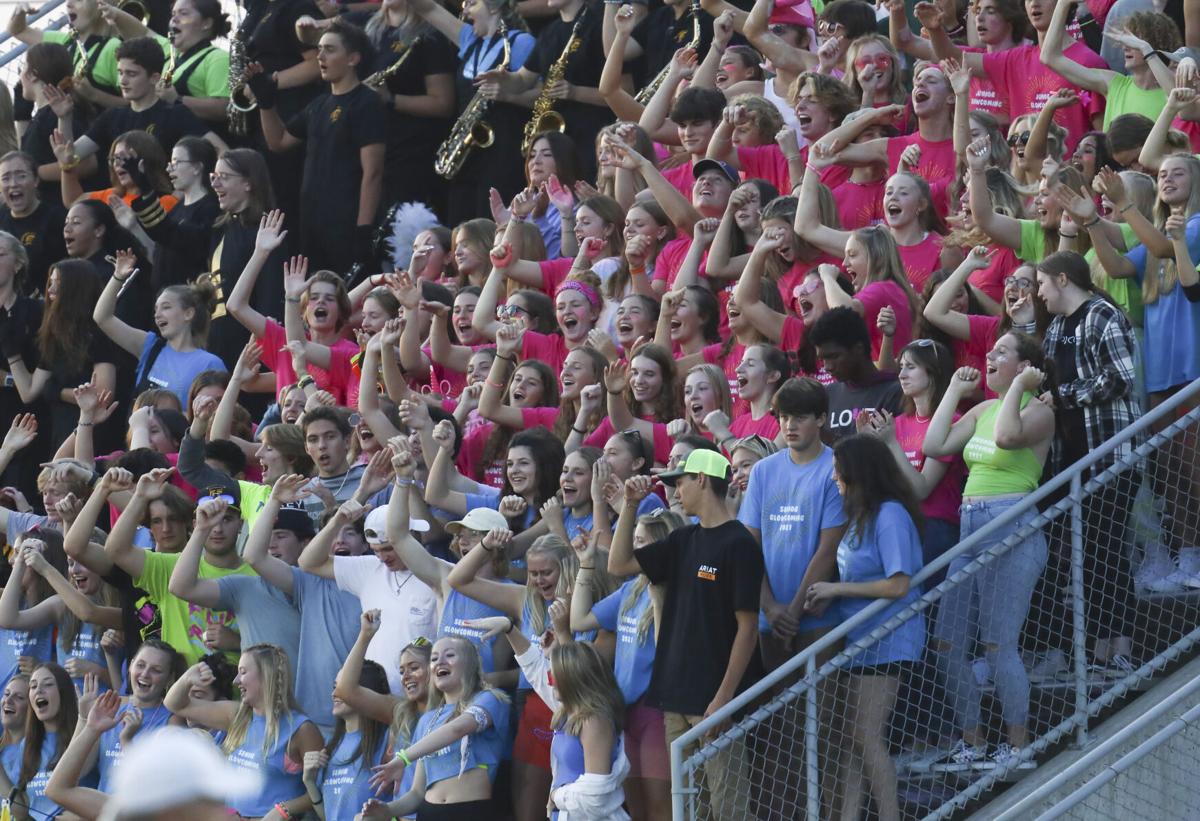 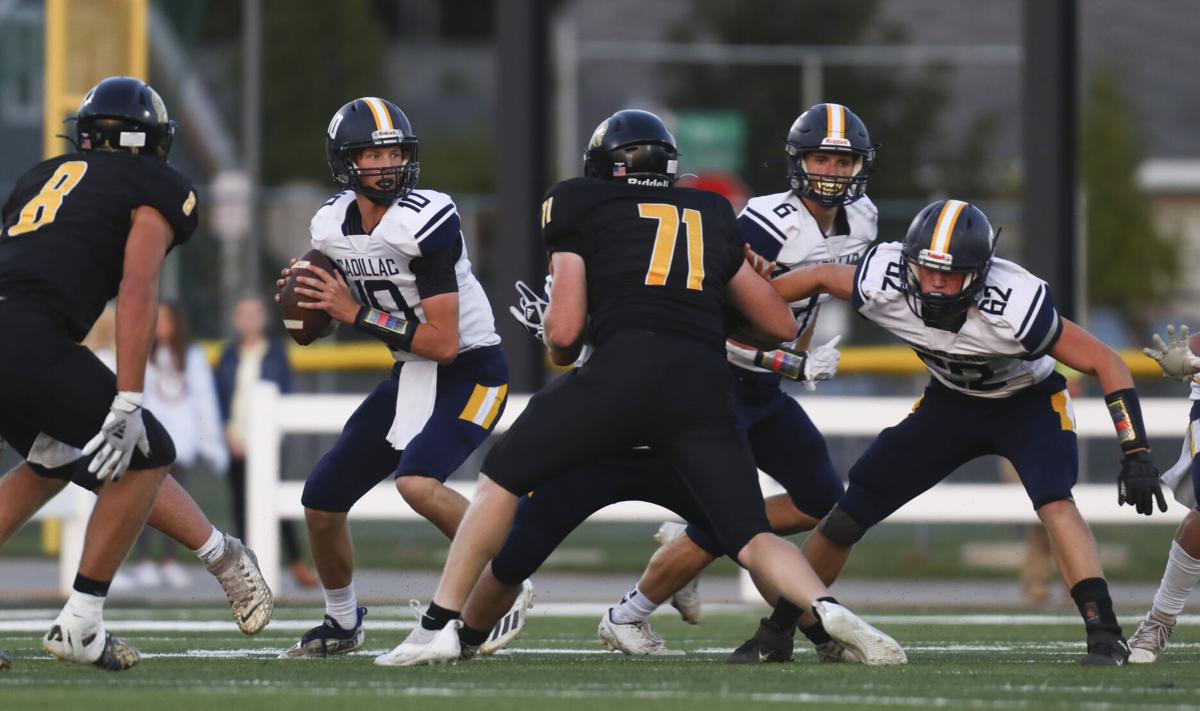 Cadillac’s Charlie Howell looks to make a pass at Thirlby Field in Traverse City on Friday.

Cadillac’s Charlie Howell looks to make a pass at Thirlby Field in Traverse City on Friday.

TRAVERSE CITY — James Howard gave a speech to his Traverse City Central teammates before the season, in part dealing with the racism experienced while living in Saginaw.

Those teammates — and Central students in large — paid back the Trojans 305-pound senior defensive lineman, selecting him as homecoming king at halftime of a 24-0 win over Cadillac in a Big North Conference football game Friday at Thirlby Field in Traverse City.

“Everybody was posting on their stories, ‘Vote for James’ because we all love James,” said Central wide receiver Dante Williams, who scored a second-quarter 32-yard rushing touchdown. “I think Bernie (Josh Burnham) was just selected by default, and James actually wanted it because he posted it first and all that.”

“That kid’s a likable kid,” Central head coach Eric Schugars said. “Outstanding young man. He shared some things with our team about his experience and moving from Saginaw to Traverse City. You know, he’s just a great young man and a guy you root for.

“All our kids kind of rally around him, so when he won, we’re over there making adjustments and all the kids are just yelling and everything. It was like we won at that at that point.”

Many Trojan players posed for photographs with Howard after the game as he wore his crown. Howard transferred to TC Central two years ago.

“It was just kind of one of those heartfelt moments where you’re like, ‘I’ll root for that kid. I’ll go to bat for that kid anytime,’” Schugars said. “He talked about all the racism that’s going on throughout our country in these last two years. He just talked about moving from Saginaw to Traverse City and what a culture shock that was, but he also talked about that experience in his life. And for him to share that and open up with the team, it was just one of those moments.”

Central (5-1, 4-0 Big North Conference) led 21-0 at halftime as Cadillac’s starting quarterback, Aden Gurden, sat out his third straight game after coming in close contact with someone who tested positive for COVID-19. Gurden cleared quarantine and returned to practice late in the week, Vikings Athletic Director Fred Bryant said, but the senior signal-caller hadn’t practiced much and would only have played in an emergency. Sophomore Charlie Howell started in his place.

Williams carried the ball six times on reverses for 91 yards to lead the Trojans as Cadillac (4-2, 2-2 BNC) focused its defense on stopping Burnham, who had 41 yards and a 1-yard touchdown on 13 carries and threw for 46 yards. Carson Bourdo added 60 yards on nine carries, Reed Seabase carried the ball 12 times for 58 yards and Michael Booher gained 26 yards on five totes.

“Coach (Todd) Baker did a really good job putting the plan together, and the guys did a really good job executing it,” Cadillac head coach Cody Mallory said. “We knew it had to start with stopping Burnham inside, and we did that. ... Really our defense played their butts off. They had another great game. We were just struggling to get moving.”

Caleb McKinley led the Vikings with 40 rushing yards, Johnston 21, Reinhold 17 and Harsh 9. Howell completed 2 of 5 passes for 37 yards, including a 35-yarder over the middle to Rood to set up Cadillac with first-and-goal from the 7. Central’s defense stepped up to preserve the shutout, with Bourdo defending a pass to Reinhold on fourth down.

“We got a goal-line stop, which was really good,” Howard said. “This was a good offensive team and we shut them out, so we’re happy about that.”

Bourdo scored on a 3-yard run in the second quarter for a 14-0 lead, and Burnham went over the top of the pile for a 1-yard plunge.

“It felt good to do that,” Noyes said. “But my soccer body is not built for that.”

Noyes also hit a 25-yard field goal after Central’s opening third-quarter drive for a 24-0 lead and the only points of the second half.

The win Friday gives TC Central at least a share of the Big North Conference title. The Trojans can clinch it outright with a win at Alpena next Friday.

“That’s a great football team. Cody Mallory has done a phenomenal job there. They’re tough football players, man. I’m impressed and we watched a lot of film on them. They just kind of grind and grind and do what they do. And that’s what I was concerned about is them controlling the ball. I was really proud of our defense really stepping up and just playing consistently. We were really disciplined on defense tonight.”

“I feel like it was close with me and Josh Burnham,” Howard said, “but I guess I pulled out the win, so I’m grateful for that.”

TRAVERSE CITY — Jared Gasco may have found himself a new jersey.

TRAVERSE CITY — Most people don’t look at their trash can and immediately think, “I’m going …

BENZONIA — Not even 10 minutes into the game and Kevin Hubbell was well on his way to history.

GRAYLING — Changes are coming to the Northern Michigan Football Conference. But they won’t b…

TRAVERSE CITY — And then there were four.

SUTTONS BAY — Hugh Periard had a night to remember.