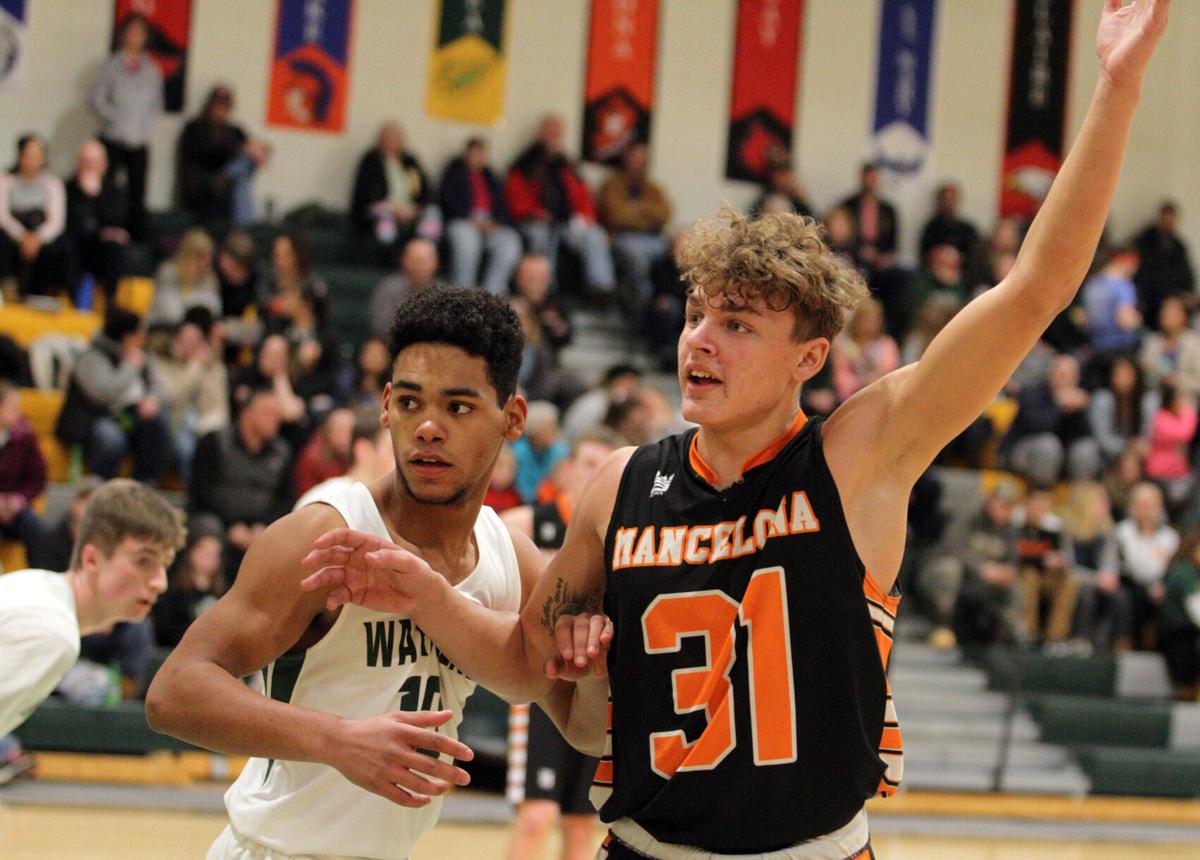 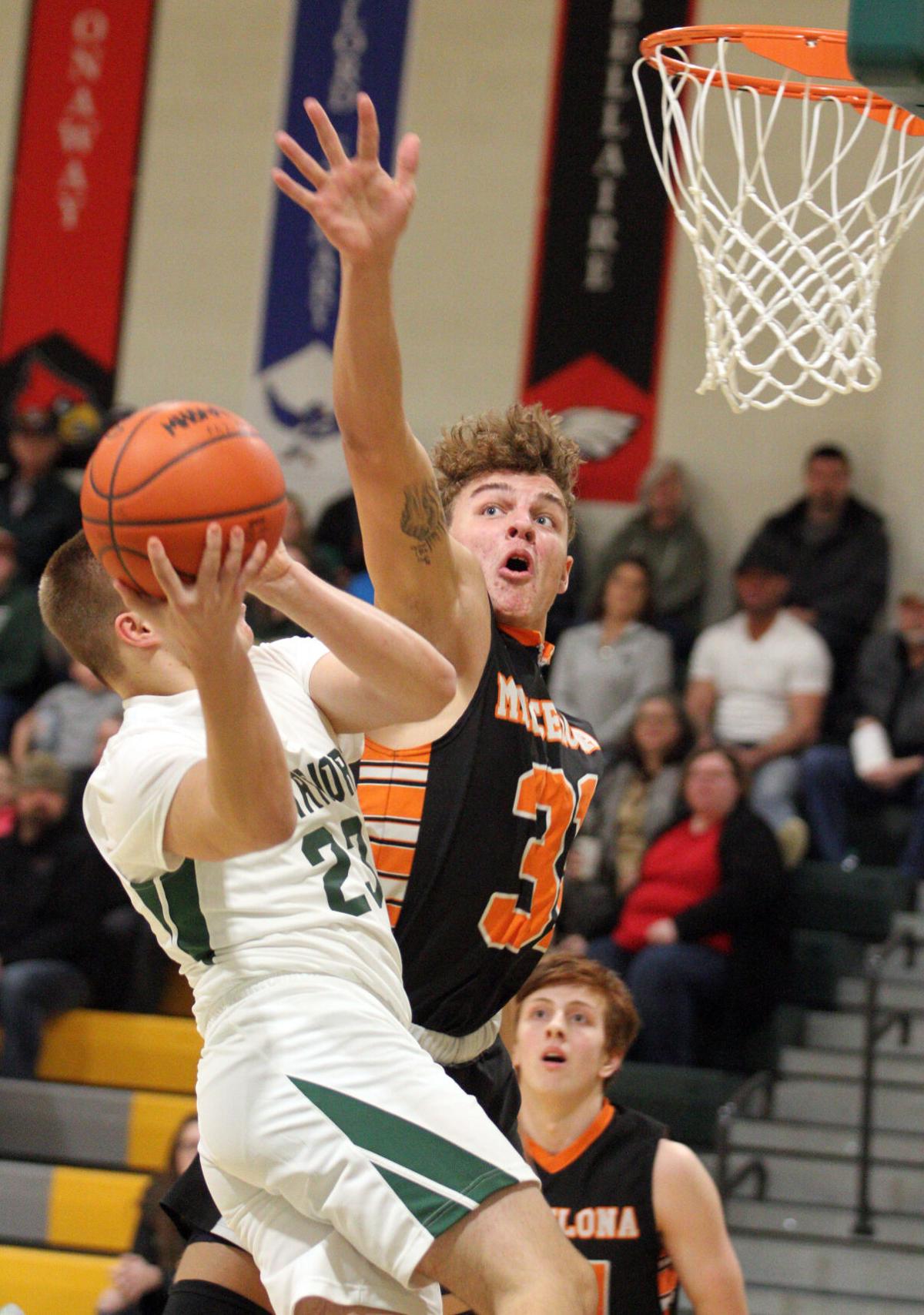 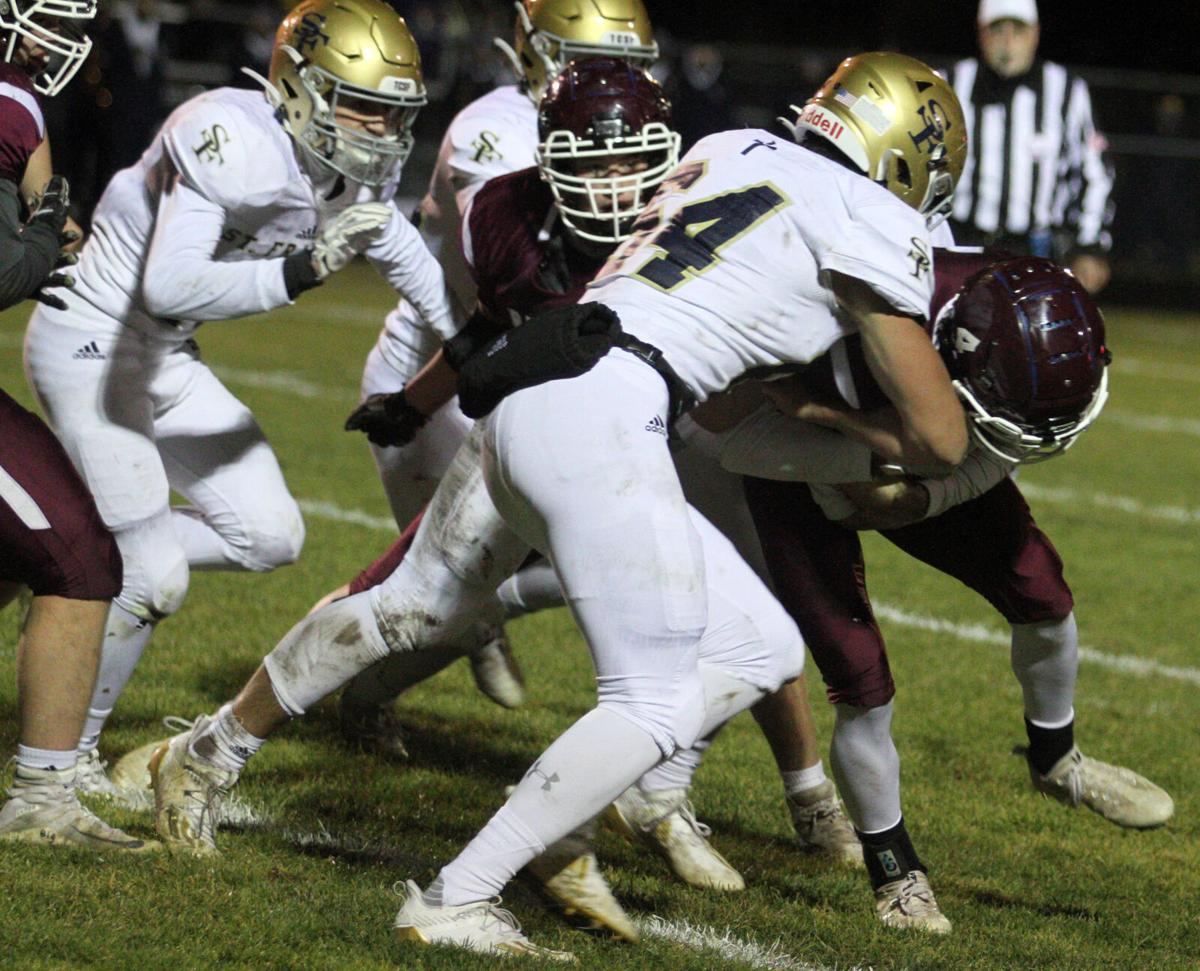 MANCELONA — Mancelona basketball star Jayden Alfred hopes the basketball season resumes on schedule, but realizes that possibility largely sits in the hands of others.

Basketball can begin practicing again Dec. 9, the same time football players could get back to work as teams to prepare for playoff resumption a week later under the Michigan High School Athletic Association’s latest pause to slow the spread of COVID-19 and still have sports.

“So far, if everything works with quarantine, everything should be good,” said Donahue said, who recently received a football offer from Central Michigan University.

Optimism seems to be the trait most share, while a good amount have a cautious attitude toward it. After all, last basketball season had hopes of being able to restart when the playoffs paused during boys districts and girls regionals, and it never did. Spring sports likewise were wiped out by the novel coronavirus pandemic that’s surged again in recent weeks.

Football, volleyball and swimming — the only fall sports that hadn’t finished when the Michigan Department of Health and Human Services shut things down again last Sunday — sit in limbo. Winter sports can resume practice Dec. 9 and start playing Jan. 4, but likely only if COVID-19 spread slows in the meantime.

Basketball players will have to wear masks in games, however. Alfred said he attended multiple volleyball games this season, when players in that sports also had a mask requirement.

“I think it’ll be pretty weird,” Alfred said. “I don’t know if we’ll have to keep it over our nose. The refs seemed to let that go in volleyball.”

Donahue, who plays football and basketball at TC St. Francis, wants football to resume on schedule so he doesn’t miss any of basketball season.

In the meantime, players are keeping up on online homework, working out by themselves and having Zoom chats to go over film and game plans. In-person contact between coaches and players is not permitted until practices resume Dec. 9.

Casey and Joey Donahue bought a weight set for home during the first quarantine in the spring.

“Back in the spring, myself and Charlie Peterson, Owen (Mueller), Drew (Hardy), Aiden (Schmuckal) and Joey would go over to West and run some routes,” Casey Donahue said.

The extra time off also allows teams to recover from nine weeks of the football season and playoffs. The Gladiators could be at nearly full strength by the potential Dec. 15 restart date, with the exception of defensive back and backup quarterback Wyatt Nausadis, who is out 6-8 weeks with a hip flexor injury sustained in the Glads’ Nov. 13 win over Charlevoix.

TC Central football head coach Eric Schugars said it’ll be incredibly difficult to finish out the football season if they’re not able to start back up next month. There’s always the possibility of January football playoff games, but weather could complicate things even more by then.

“I don’t see it happening if we can’t go in December,” Schugars said. “I mean it would be really difficult to try to roll this out in a different time of year like the spring. I hope that things get better and people are healthy and kids make the right choices to be healthy and hunker down and do what they can to keep themselves sane and in shape. You got to ready yourself for the opportunity when it presents itself. ... The date that we were given is Dec. 9, so we have to prepare like that is that next day we can practice if we want to be ready.”

“I feel we will be able to,” Brines said. “The MHSAA, they’ll let us. I think I’m in the minority. ... I’ll keep my fingers crossed. I know the MHSAA wants an ending to fall sports.”

The three-week layoff, plus a week of practice before contests resume is about a week longer than most schools have for Christmas break. TC Central strength and conditioning coach Doug Gle said athletes have to be active during the extended lay-off, especially if they want to stay in postseason form or get ready for a winter sports season without adequate training time.

The cancellation of spring sports in 2020 was a shock to all involved but athletes seem to be willing to do whatever it takes to finish their seasons. The possibility of spring football was floated by some in August and if the pandemic doesn’t improve soon, that might become a reality.

“I want to finish the season and you’ve got to do what you’ve got to do,” TC Central running back Austin Bills said about the possibility of a spring finish to football. “What is going to be really weird is without practicing a whole bunch and just getting right back into it and going and playing.”

The postponement of the winter seasons was welcomed by Glen Lake girls basketball coach Jason Bradford, who said his team would rather wait to start and finish than have the season cut short again. The Lakers boys and girls basketball teams were in the middle of deep playoff runs when sports were halted in March.

“I’m on board,” Bradford said. “First of all you have to keep everybody safe. But if we can move it back so everyone is on even playing ground to start I’m on board. The beginning of the season is so broken up with Thanksgiving and Christmas break that starting after the first of the year will be alright.”

A Twitter poll conducted by the Record-Eagle sports staff saw 38 percent of responders say they thought the state-wide lockdown would be extended before the Dec. 9 start date and 23 percent say they didn’t think sports will resume. Thirty-nine percent of the poll responders were optimistic to some degree about the return of sports while coaches and athletes are just along for the ride.

“Why not have an ending like this?” Grayling football coach Eric Tunney said. “Everything else this year has been crazy.”

Hey, at least the Pistons kept it interesting.

MHSAA plans for fall restart by end of year

"Why not have an ending like this? Everything else this year has been crazy."