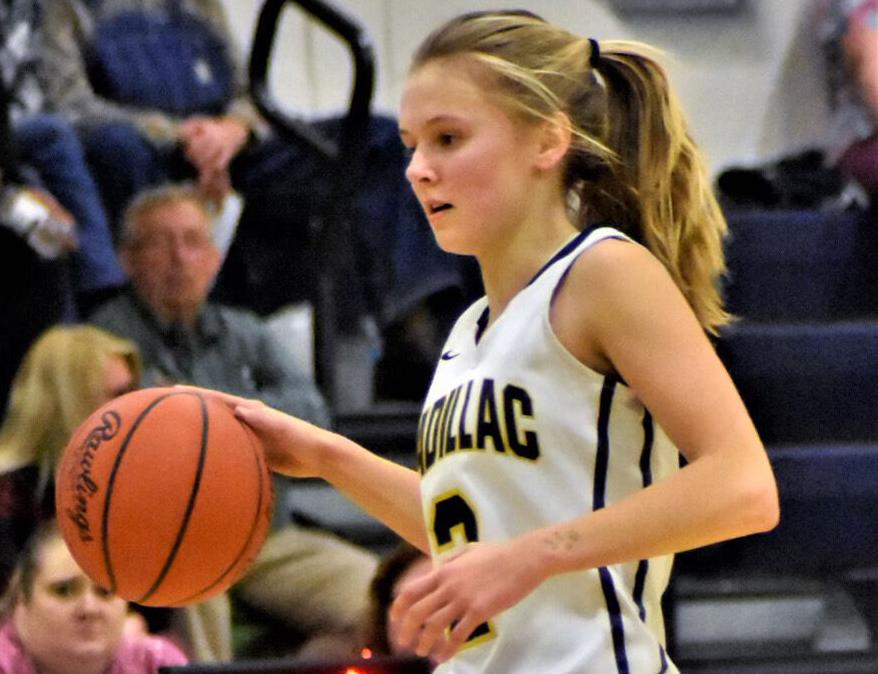 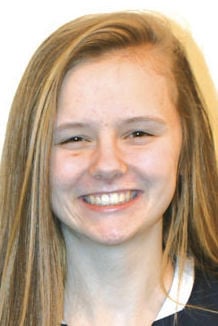 The Cadillac senior basketball star signed her national letter-of-intent to play for Grand Valley State University in her parents’ garage Wednesday morning, complete with a Cadillac athletics backdrop and full-sized GVSU flag adorning the table as she filled out paperwork.

“This has always been a school I wanted to go to since I was younger,” Anderson said. “My recruiting process was pretty silent.”

Anderson also received interest from Wayne State and Northwood, as well as smaller schools. But once the Lakers made an offer, she didn’t hesitate.

The 5-foot-8 point guard verbally committed to GVSU as a junior.

“I could just focus on our team and myself and not focus on coaches coming to games,” Anderson said.

The Vikings lost only one game last season, against a 21-3 Glen Lake team while Cadillac’s other star, Makenna Bryant, was out with a knee injury. The Vikes were slated to play Sault Ste. Marie for the regional championship when the season abruptly halted because of coronavirus concerns.

Cadillac lost Bryant and forward Makayla Knight to graduation, but also get standout post player Macy Brown back after she took off a season to concentrate on volleyball.

Anderson, the reigning Record-Eagle’s girls basketball Player of the Year, owns a 3.9 grade-point average and plans to major in business.

The Lakers posted a 28-3 record last season, finished runner-up in the Great Lakes Intercollegiate Athletic Conference and were still alive in regional play when coronavirus struck.

“I loved the team and the coaches are amazing,” Anderson said. “It’s a championship environment.”

Bisballe’s cousin and Lake City grad Rylie is currently on the Lakers’ roster, as well as Kingsley grad Jacie King, who transferred after one season at Albion in which she averaged 1.6 points in 22 games as a freshman.

“Molly was a player that we didn’t know much about until she arrived at one of our camps last summer,” Grand Valley head coach Mike Williams said of Anderson in the school’s release on its recruiting class. “From the start of that camp she really caught our eye. Molly is a basketball player. She loves everything about it. She can really shoot it and has a knack for making her team better at all times. She can create opportunities for herself, but is not afraid to make the sharp pass to her open teammate. Her desire to get better daily will be infectious in Allendale.”

“She’s the epitome of hard work pays off,” Cadillac first-year head coach Kip Damgard said. “She’s not the biggest player on the floor, but she’s physical. She’s a tremendous shooter. Everybody knows that.”

The Get Around Ep. 120 — Molly Anderson (Player of the Year), Cadillac

CADILLAC — Manistee ended up with a bye into the Division 2 district finals.

Makenna Bryant scored 10 of her 20 points in the fourth quarter to lead the seventh-ranked Vikings to a 43-39 win over Ludington Monday night.