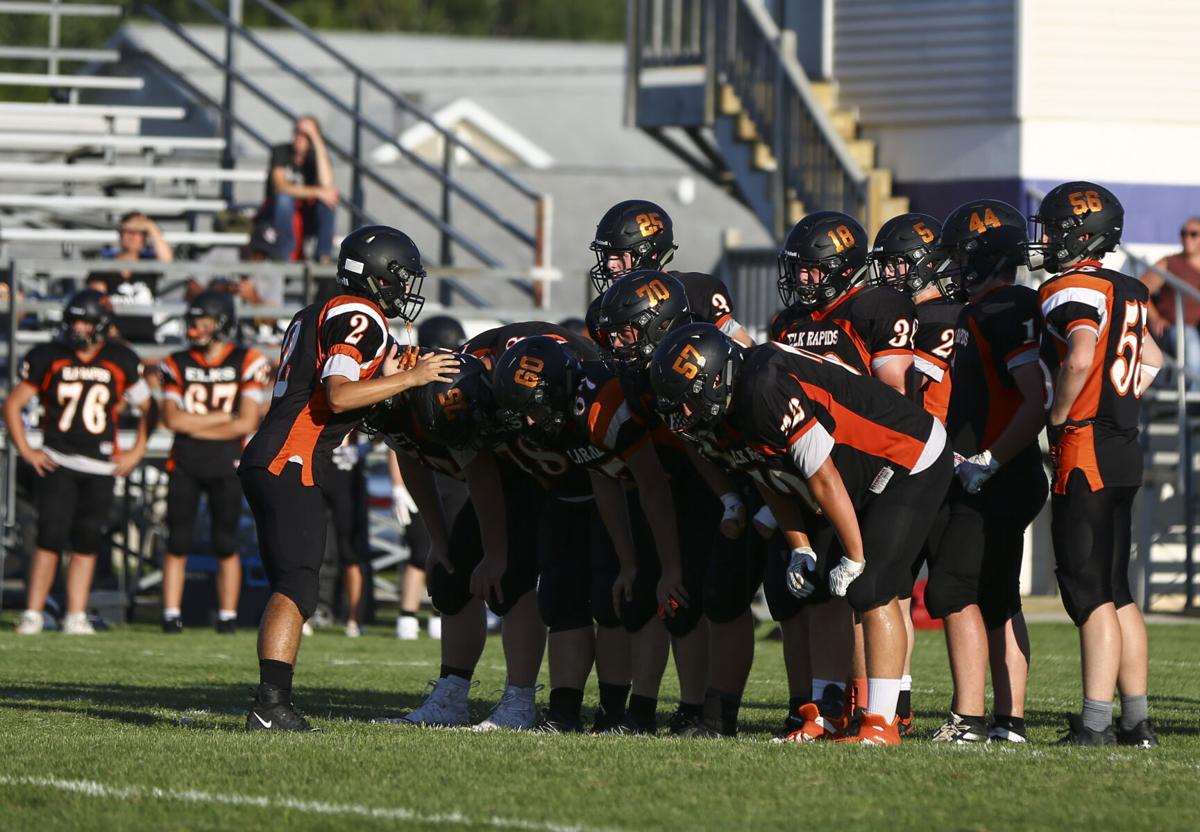 Th Elk Rapids Elks gather in a huddle at Frankfort High School in Frankfort on Thursday. 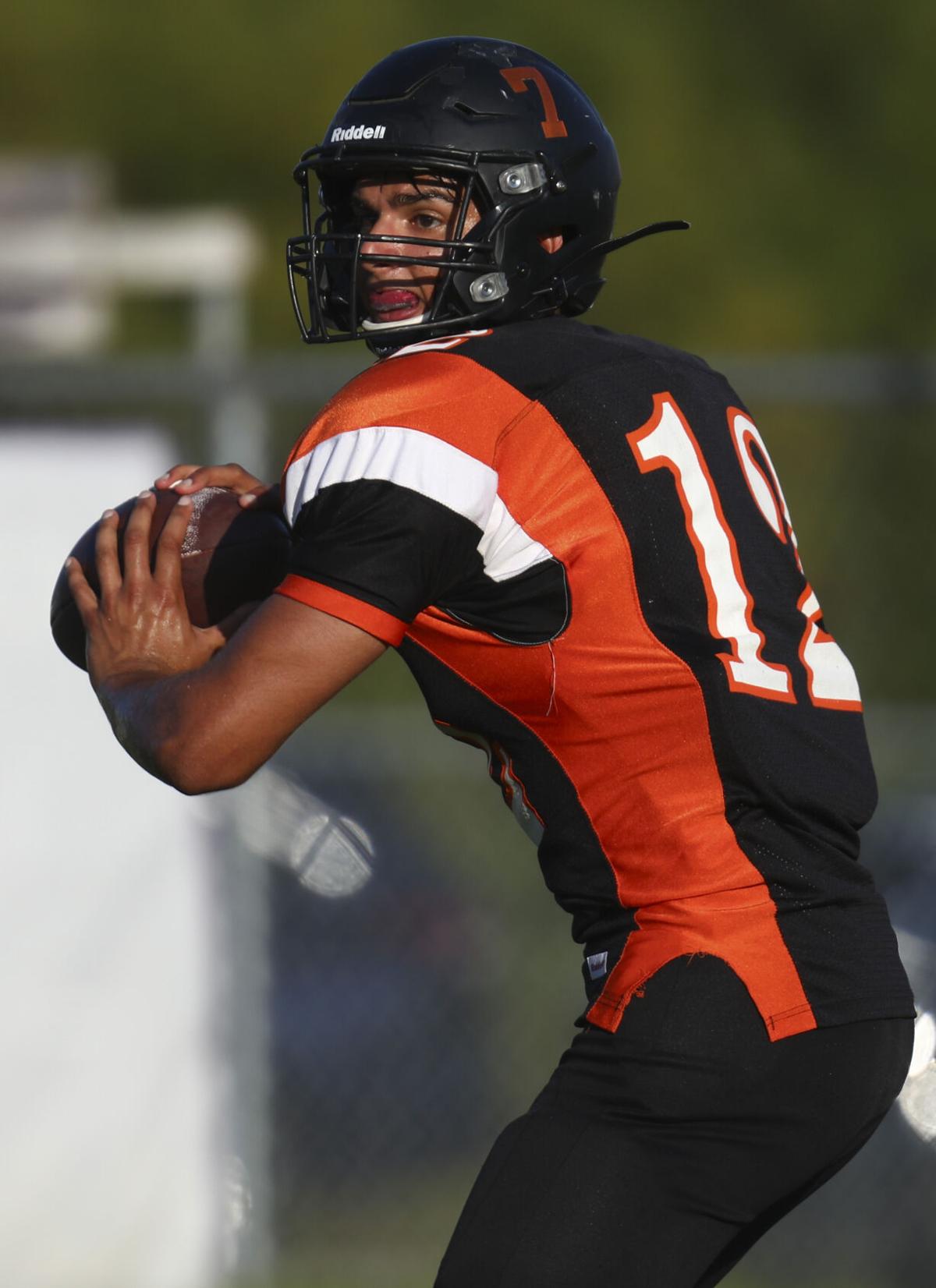 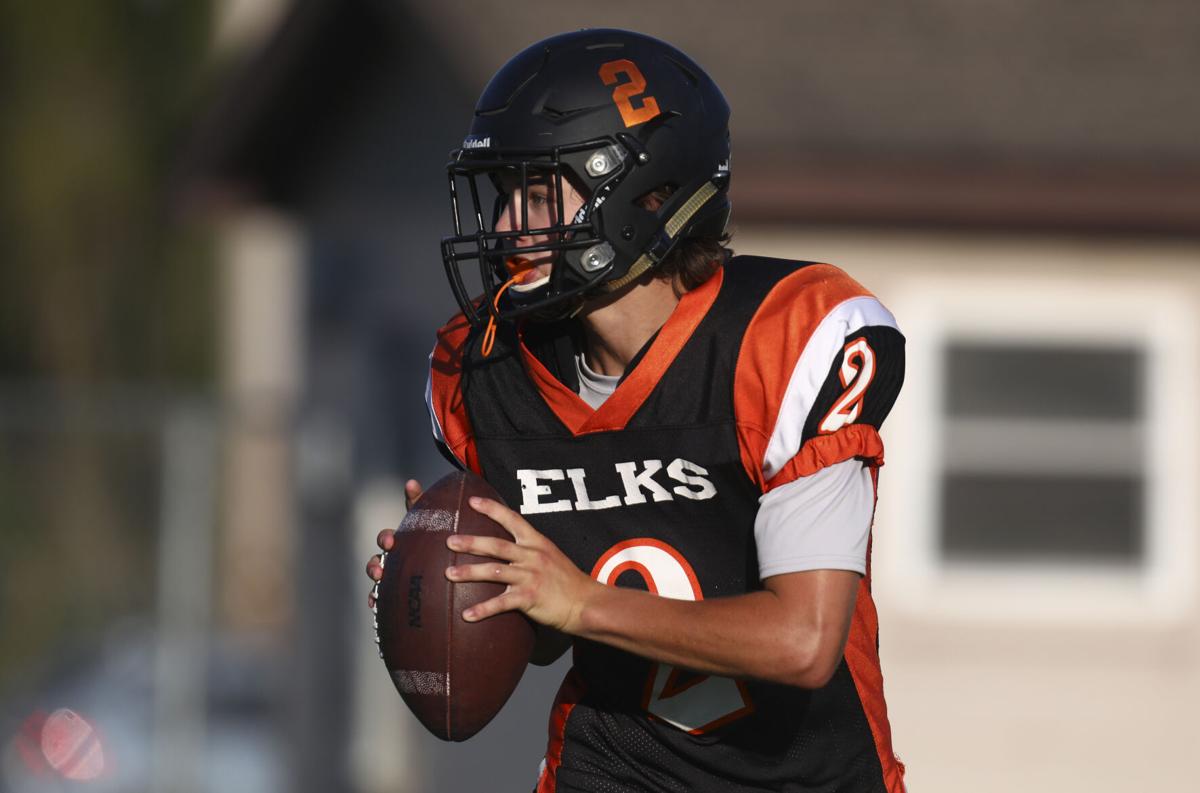 Th Elk Rapids Elks gather in a huddle at Frankfort High School in Frankfort on Thursday.

Nate Butte takes over as head coach in place of Tony Moller, giving Butte the opportunity to coach the same group of kids he started with six years as their complete their football journey as Elks.

Butte coached the sixth-grade team that had the nine current Elk Rapids seniors on it.

“It’s a special occasion,” Butte said. “I get to watch them graduate this year, when I was here for my first year coaching and get to watch it come full circle.”

That allowed for then-junior Max Ireland to take over at quarterback and gain some valuable experience heading into his senior season as the team’s signal caller.

Irelan started from the fourth game on last season after starting LaFontaine’s injury.

“That helps me out a lot, just to see what I need to do this year,” Irelan said. “And I know how to lead a team now thanks to (LaFontaine) and just kind of took it over after he got injured. I’m more confident in what I’m doing. It’s really nice to be able to just have practice throughout the year as a quarterback.”

The 6-0, 180-pound Ireland also played for Butte as a sixth grader, but as a running back, not a QB.

“That was my first year playing football and he was my first coach and now he’s going to be my last coach,” Irelan said. “It’s pretty cool.”

The Elks start and end the regular season against Kalkaska. They also begin with three of four at home and end with four of five on the road.

They’ll do that with an offense with only five starters back, including Irelan’s four games under center. Receivers Mac Barnhard and Carter Veliquette return, as well as senior offensive linemen Caleb Melton and Nate Minidis.

Irelan said having Melton and Minidis back blocking definitely helps his cause.

“I like to stay in the pocket,” Irelan said. “I’ll run it if I have to, but I’m more comfortable in the pocket.”

The defense returns only four starters in Barnhard at defensive back, Irelan at linebacker and Melton and Minidis on the defensive line.

“I really like what we’re doing this year,” Irelan said. “It’s going pretty good and everyone’s more of a family than in previous years and we’re working good together. We’d like to have a winning season. That would be our biggest goal this year. Build the program for the future and with the new coaching staff, let them figure it out and build for the future.”

“I’m hoping to bring the same passion I have for the sport to these kids,” Butte said. “To make them realize what the sport can do and help change your life and set up a good work mindset for you in the future. And just kind of set them on the same path and show him what it did for me growing up.”

The Elks have 25 players this season, putting the possibility of a junior varsity campaign in doubt.

Butte also serves as president of the youth football board in Elk Rapids and said the Elks have good numbers on the way from the lower levels.

Elks at a glance