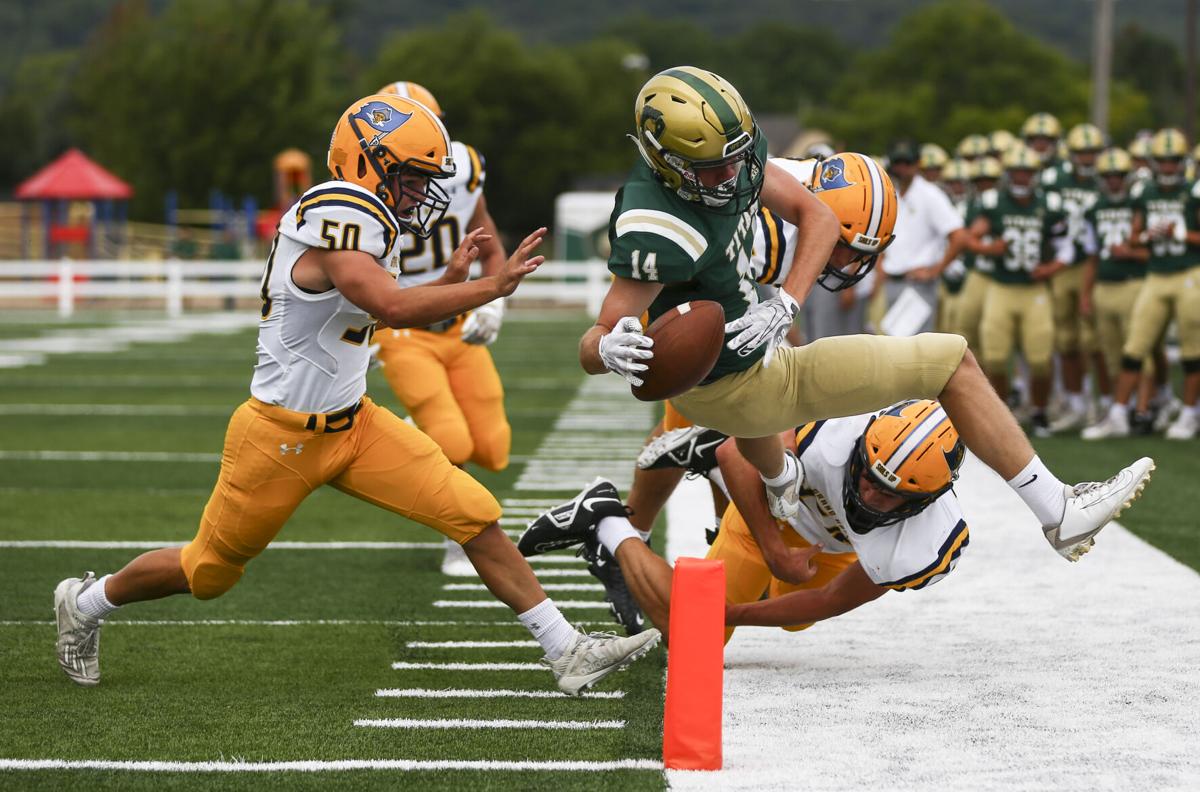 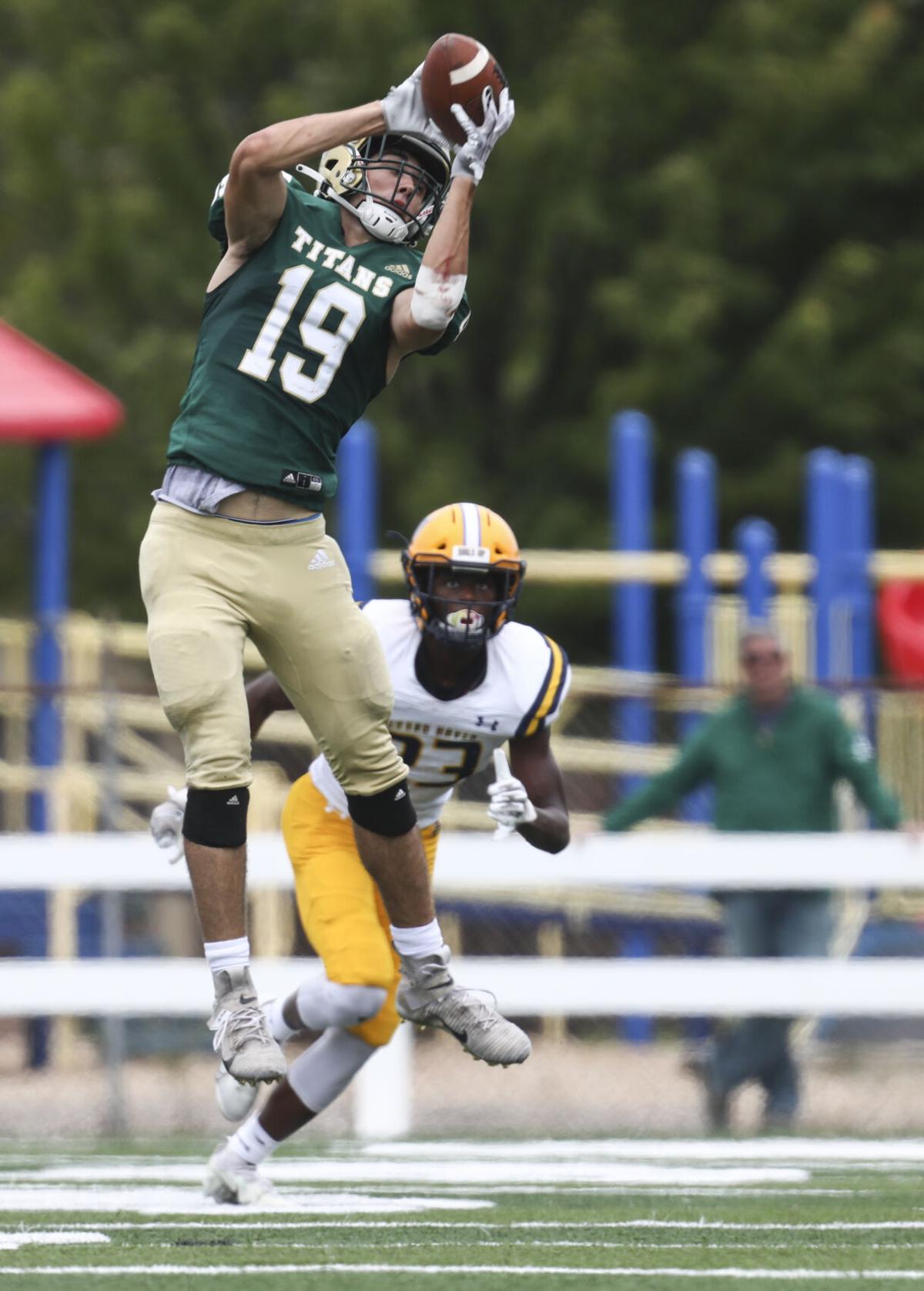 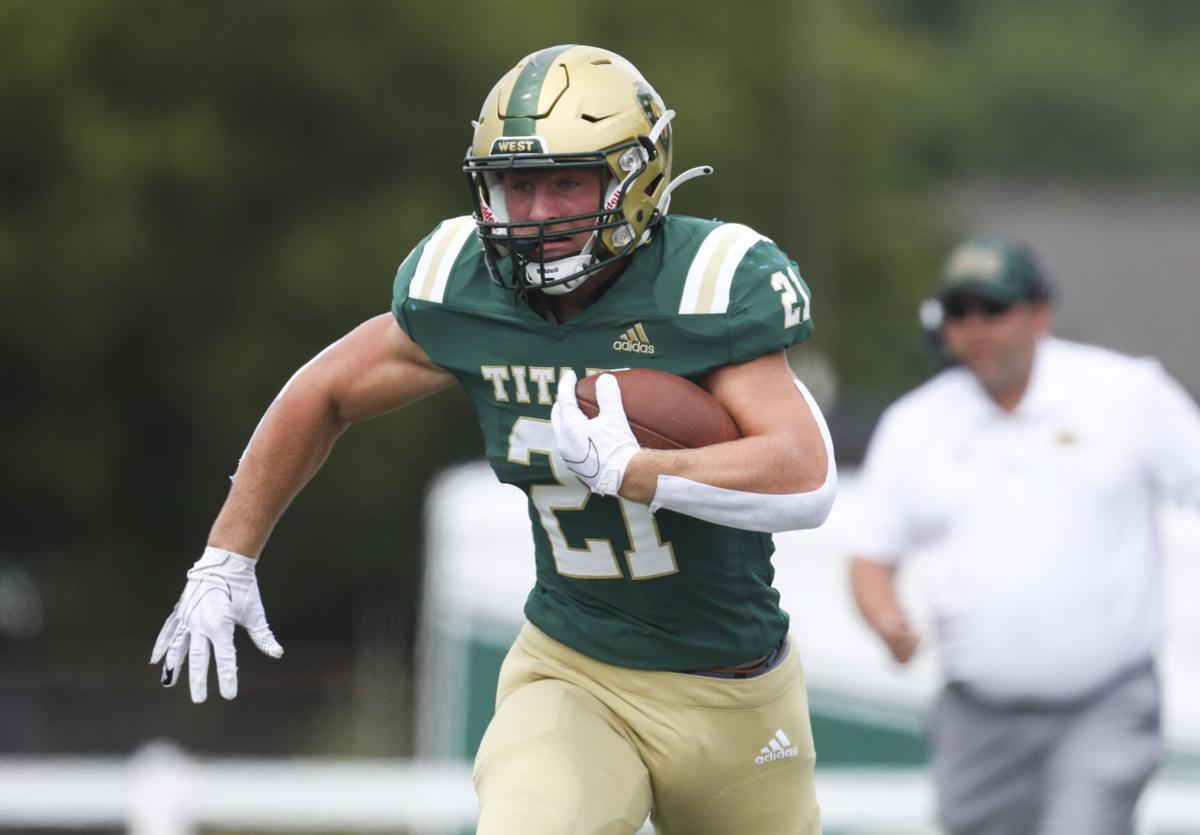 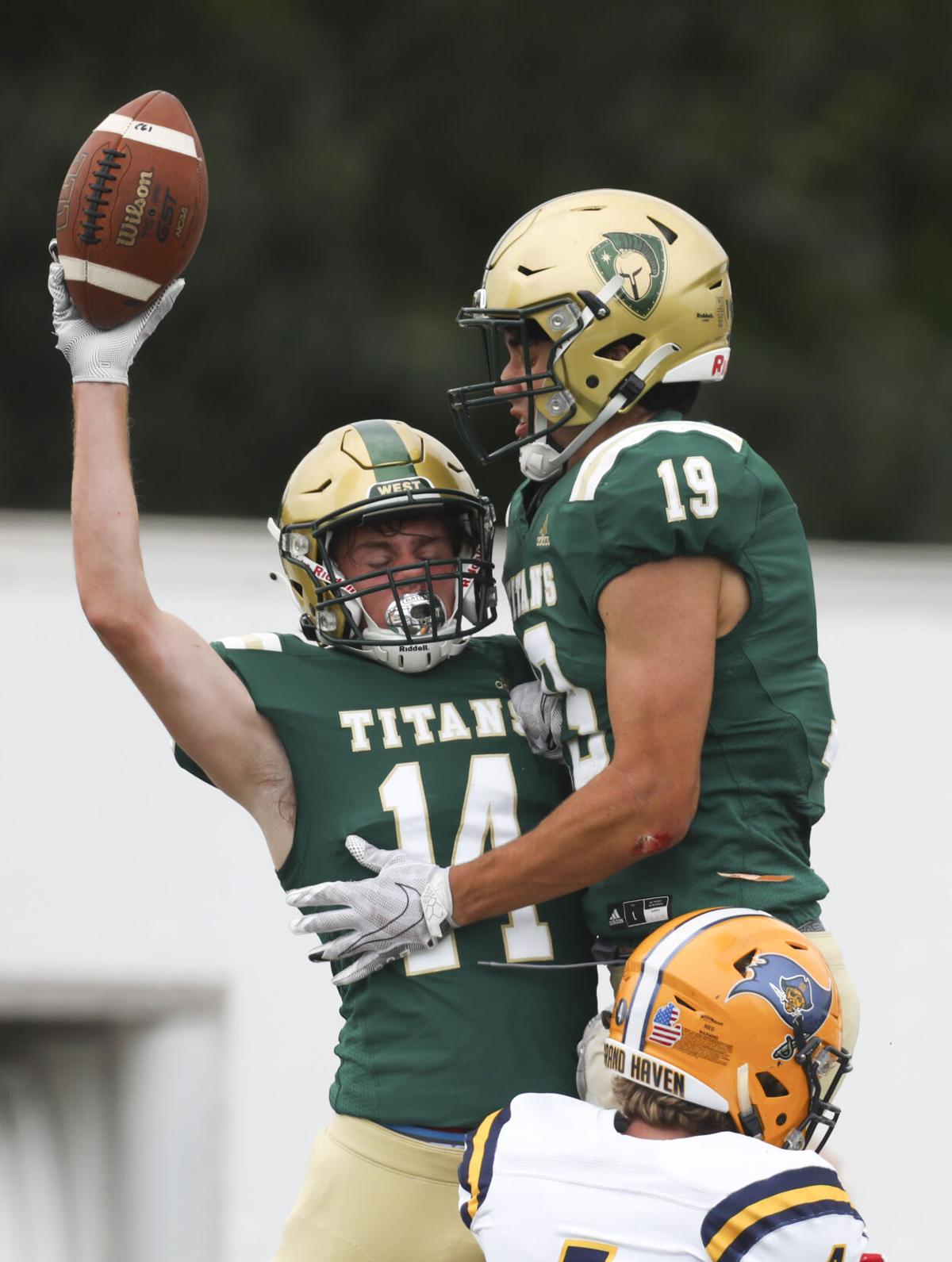 Traverse City West’s Garett Schuler (14) and Will Gaston (19) celebrate a touchdown at Thirlby Field in Traverse City on Friday. 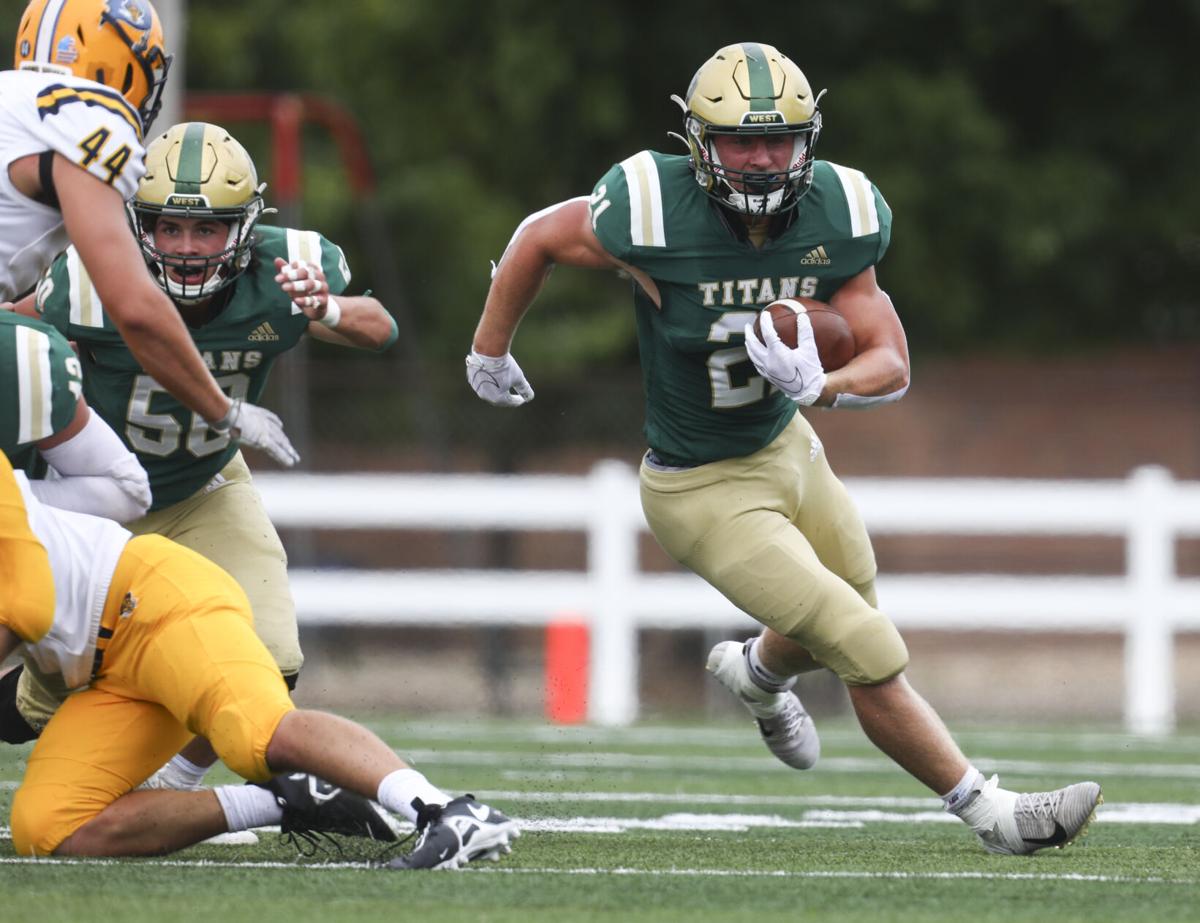 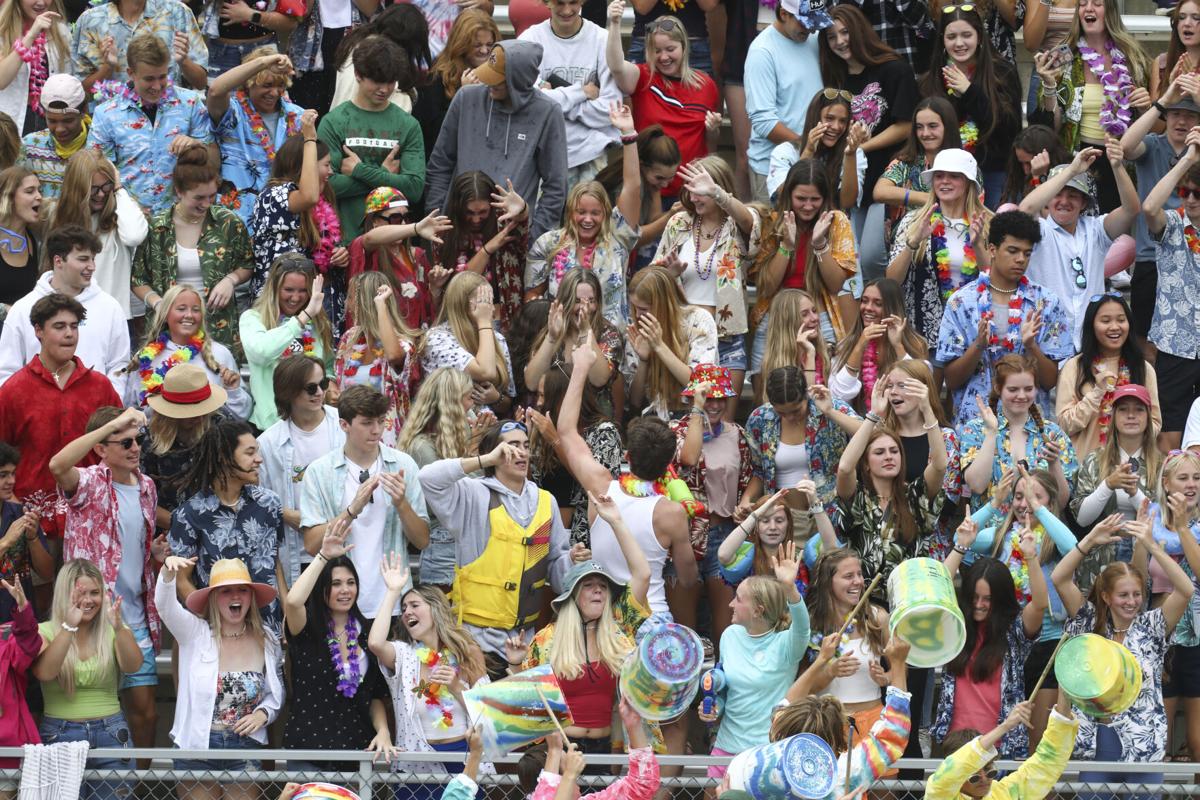 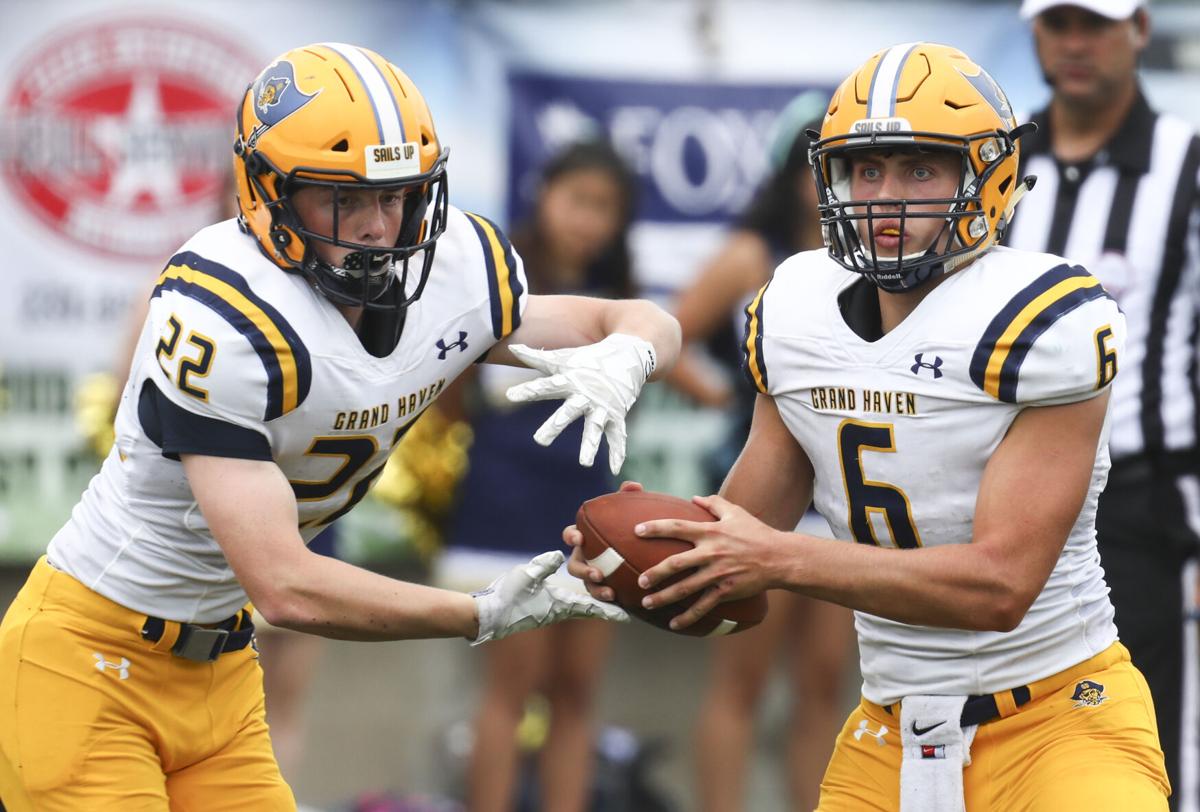 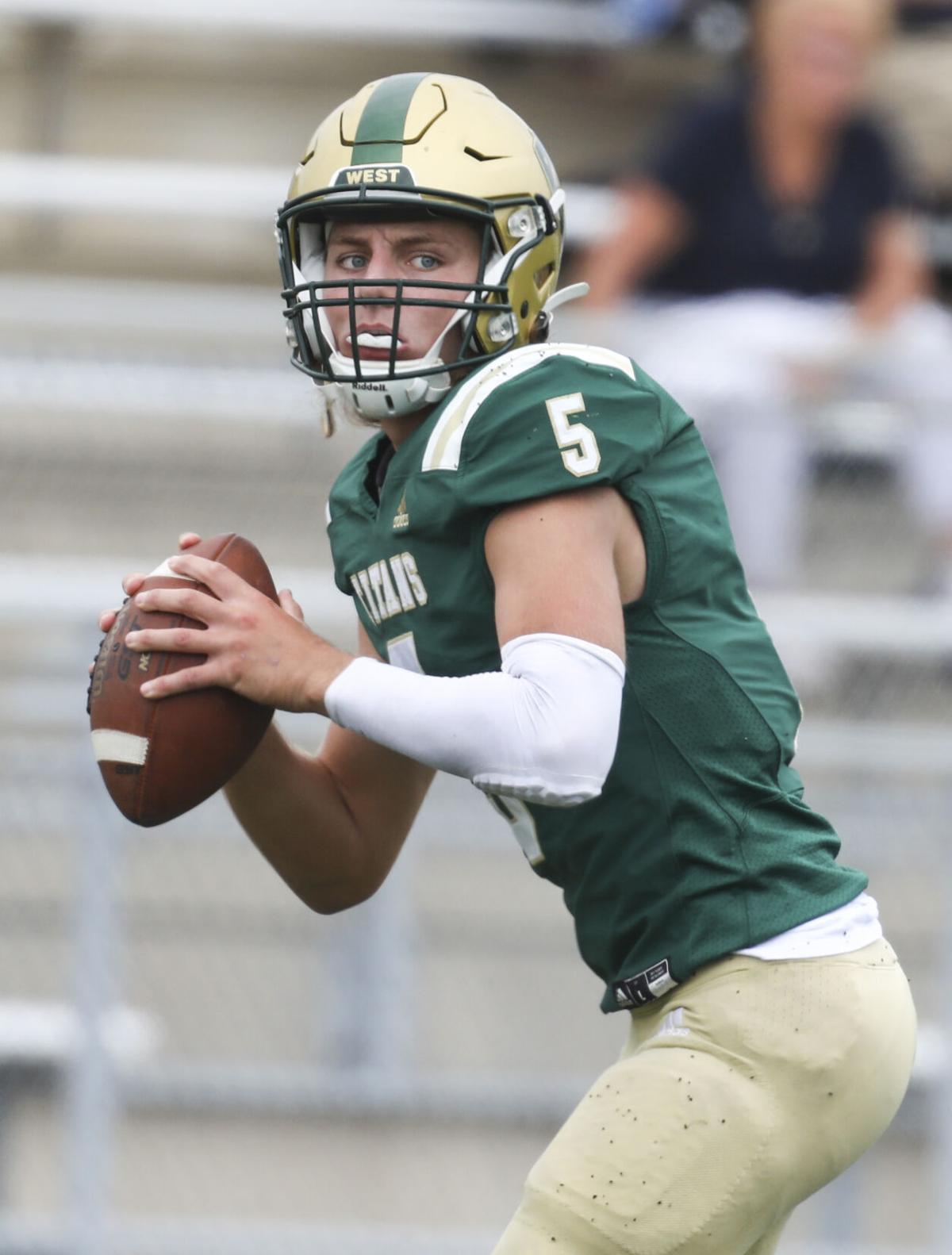 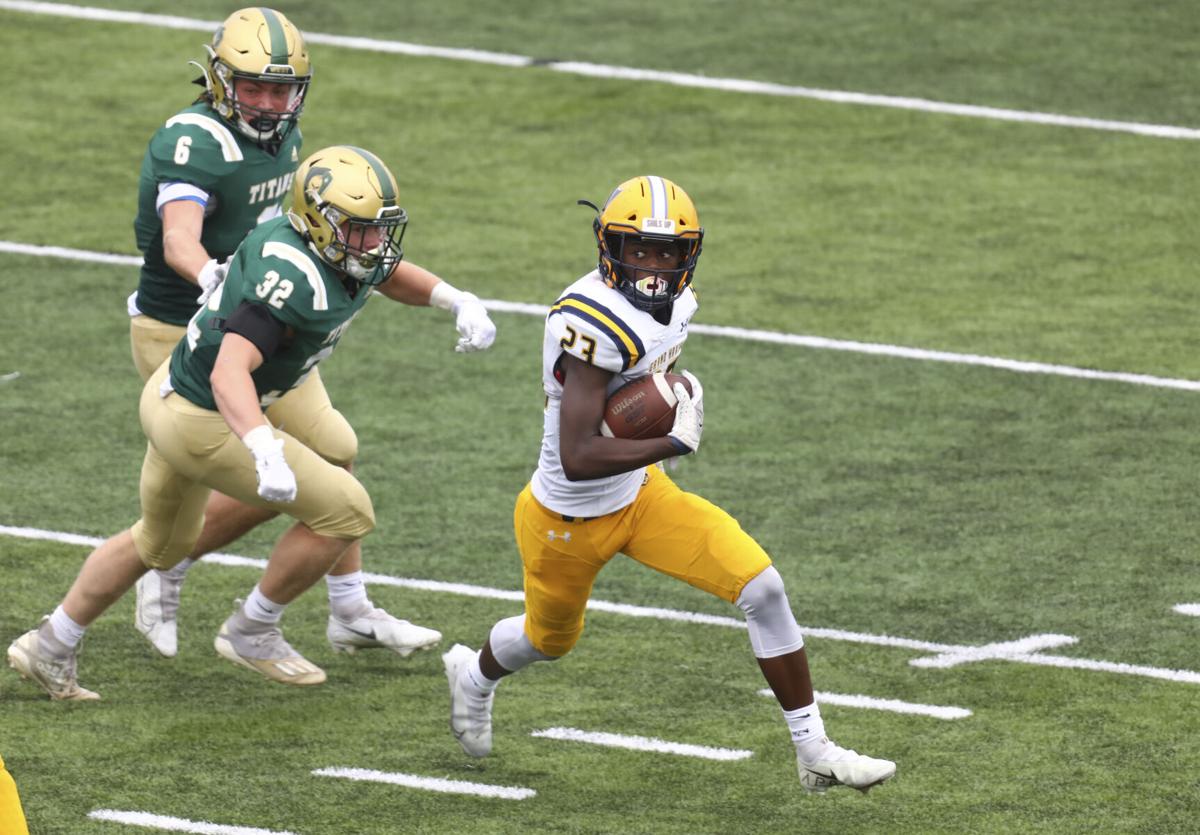 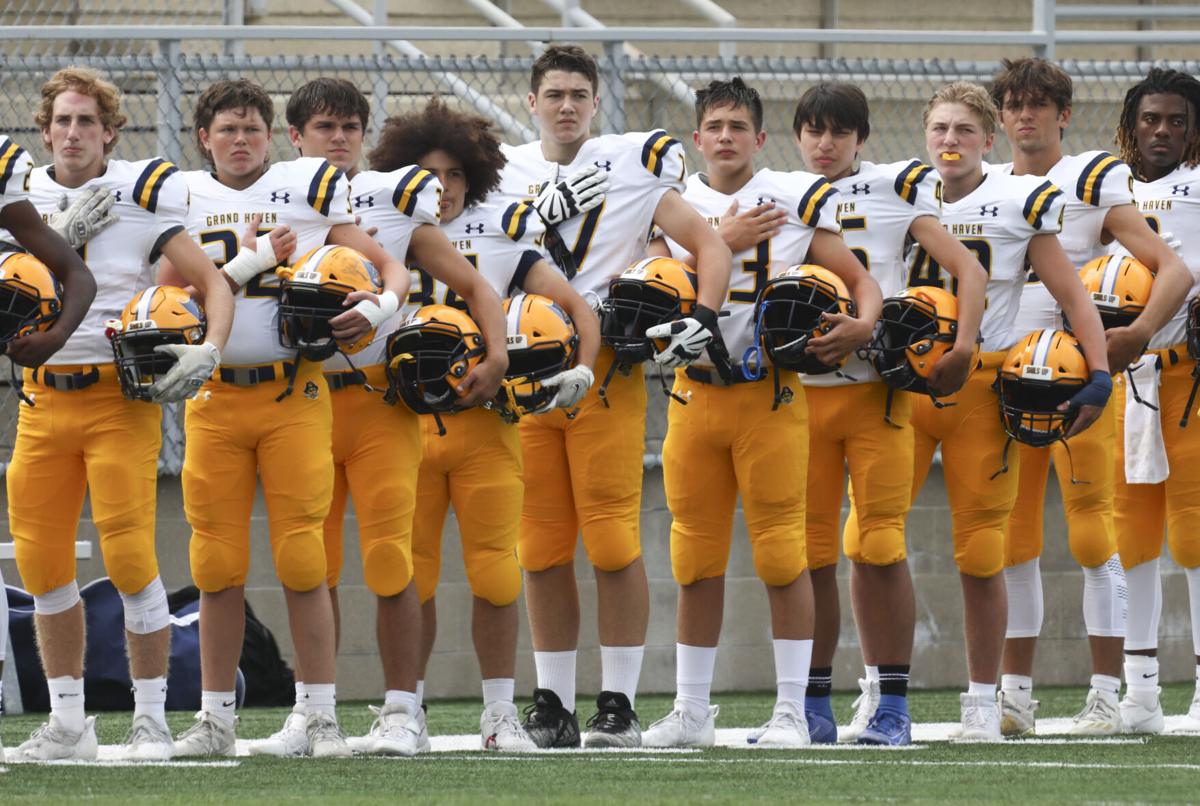 The Grand Haven Buccaneers stand for the national anthem at Thirlby Field in Traverse City on Friday.

Traverse City West’s Garett Schuler (14) and Will Gaston (19) celebrate a touchdown at Thirlby Field in Traverse City on Friday.

The Grand Haven Buccaneers stand for the national anthem at Thirlby Field in Traverse City on Friday.

All three phases contributed to a dominating 33-7 win Friday afternoon for Traverse City West, and the game's final horn barely sounded before the Titans looked at next week's Big North Conference opener.

The Titans (2-0) move on to next week's road date with the defending Division 4 state finalist Vikings after passing their first two tests of the season.

"Cadillac should be a good game," West left tackle Daniel Rosa said. "It was a good game last year, we were ranked three right now and our conference, Cadillac second Central's first. So, we really have a name to show for ourselves, show who really is No. 2, and then go beat Central and show us that we're No. 1 in the conference."

West plays TC Central in the TC Patriot Game on Sept. 17, a week after playing Cadillac. The Titans beat the Vikings 45-27 last season.

In the BNC preseason media poll — conducted by a panel of five newspaper reporters who cover the league's teams — Central came out first in the vote, with Cadillac edging out West for second. Petoskey was fourth, followed by Gaylord and Alpena.

TC West (2-0) outgained Grand Haven 320-137, including a 254-107 advantage on the ground. The Titans generated three times as many first downs, 21 to seven. The Titan offense imposed its will on Grand Haven, converting on six of 11 third downs and all four times it went for it on fourth down.

"They're a talented football team," Bucs head coach Mike Farley said. "The quarterback does a great job and they're very well coached. They're very big and physical up front. I think for the most part we matched with them in physicality, but they ended up wearing us down. There's a reason why they're 2-0."

The Bucs (1-1) only possessed the ball three times in the first half, generating just five first downs. Two of those came on the second drive that started with good field position courtesy of a long Bashir Neely punt return, but stalled at the West 30 when Michael Schermerhorn and Aiden Lewandowski sniffed out Owen Worthington's quarterback keeper on fourth-and-6 for only a 1-yard gain.

"They're really good on defense, and they've had great success in their scrimmage and their first game," Farley said. "We just had to be able to adjust to what they were doing. ... They try to be aggressive and in line up in different fronts and we just had to be able to adapt to it. Later on, we ended up moving the football but ended up shooting ourselves in the foot."

Grand Haven's third drive started at the 20 and went to the Titan 21 before Carson Douglass blocked a 38-yard field goal attempt, with help from Schermerhorn and Matt Zoutendam.

"It's a great feeling," Douglass said. "It just helps you feel like you're doing something, providing for the team and helping your team get a better position to score the ball. We stress all three sides of the ball and special teams is a big part of it."

TC West opened the game with a 72-yard, 10-play drive extended by Remington Schulz' fake punt run for 30 yards on fourth-and-4. Jaxon Franz finally stopped the run with a jarring hit that knocked Schulz' helmet off and sent it flying into the West bench area. Brandon Konchek found Garett Schuler for a 12-yard touchdown pass in the back corner of the end zone.

West's wrinkle of running from a spread formation opened up the middle for Schermerhorn's 5-yard TD run to finish off a drive set up by Douglass' first blocked kick of the day, a punt that traveled only 23 yards after he got a hand on it. The Titans also added some wildcat plays with Schermerhorn lined up at quarterback and Konchek split out wide as a receiver.

"Coming off a comeback against Midland last week, we just came with a fire and we were ready to win at home," Rosa said. "Special teams came in with a field goal block and a tipped punt, and we were just all over the field flying everywhere."

Schermerhorn's second TD run — this one from 3 yards out — ended a methodical 13-play, 71-yard drive for a 20-0 lead after receiver Will Gaston caught a conversion pass that deflected off Schermerhorn in the end zone.

"It was a tough game," Worthington said. "Last week, we had (Muskegon) Reeths-Puffer and Traverse City is a much better team. So that adversity kind of got to us, I'd say."

TC West added second-half scores by Aidan Kamp on a 26-yard run up the middle and a 25-yard quarterback keeper by JV QB Isaac Kelsey with 4:11 remaining. The Titans ran the final time off the clock by taking a knee inside the Grand Haven 10-yard line.

The Bucs' only score came when Gaven Strong broke contain on the edge and galloped 56 yards up the right sideline for a touchdown with 8:23 left.

"Bottom line, I think we improved from where we were last week," Douglass said. "But we're not where we want to be for the end of the season, but we're going to keep on improving. We've gotten better and we won, so there we go."

Schulz ran for 87 yards on only six carries, while Schermerhorn gained 59 yards and Kamp 44. Konchek threw for 104 yards and ran for 33 more.

The Titans hope for an even better performance next week at Cadillac.

"We challenged our guys after the game and said, 'Is that good enough?' and luckily our guys don't think that's good enough and they want to keep getting better each week," West head coach Greg Vaughan said. "We came out with a little fire in our belly and wanted to prove some things to ourselves from last week. We're a better team than that, as far as getting after it and having guys on the field and all the things that were mistakes last week. So I think overall, a lot of that stuff we cleaned up."

The Vikings provide a different challenge with their ground-based attack that paved the way to a playoff run to the state finals a year ago and returns many key pieces from that historic team.

"Cody (Mallory) has done a great job down there (in Cadillac) and they were in the finals last year, so their kids got a lot more practices," Vaughan said. "And what he's been running down there is, it's tough. They run a lot of option, so it's assignment football.

"When kids get their eyes not in the right spot and try to do too much and don't trust the guys around them, they put you in bad position. That's what we have to get back to on defense. And then offensively, they're just tough kids down there. We like to run the ball. We have some kids we can get the ball to in the air, but we have to set that up by being able to run the ball."

TRAVERSE CITY — Eric Schugars presented a common message to the Trojans all week.