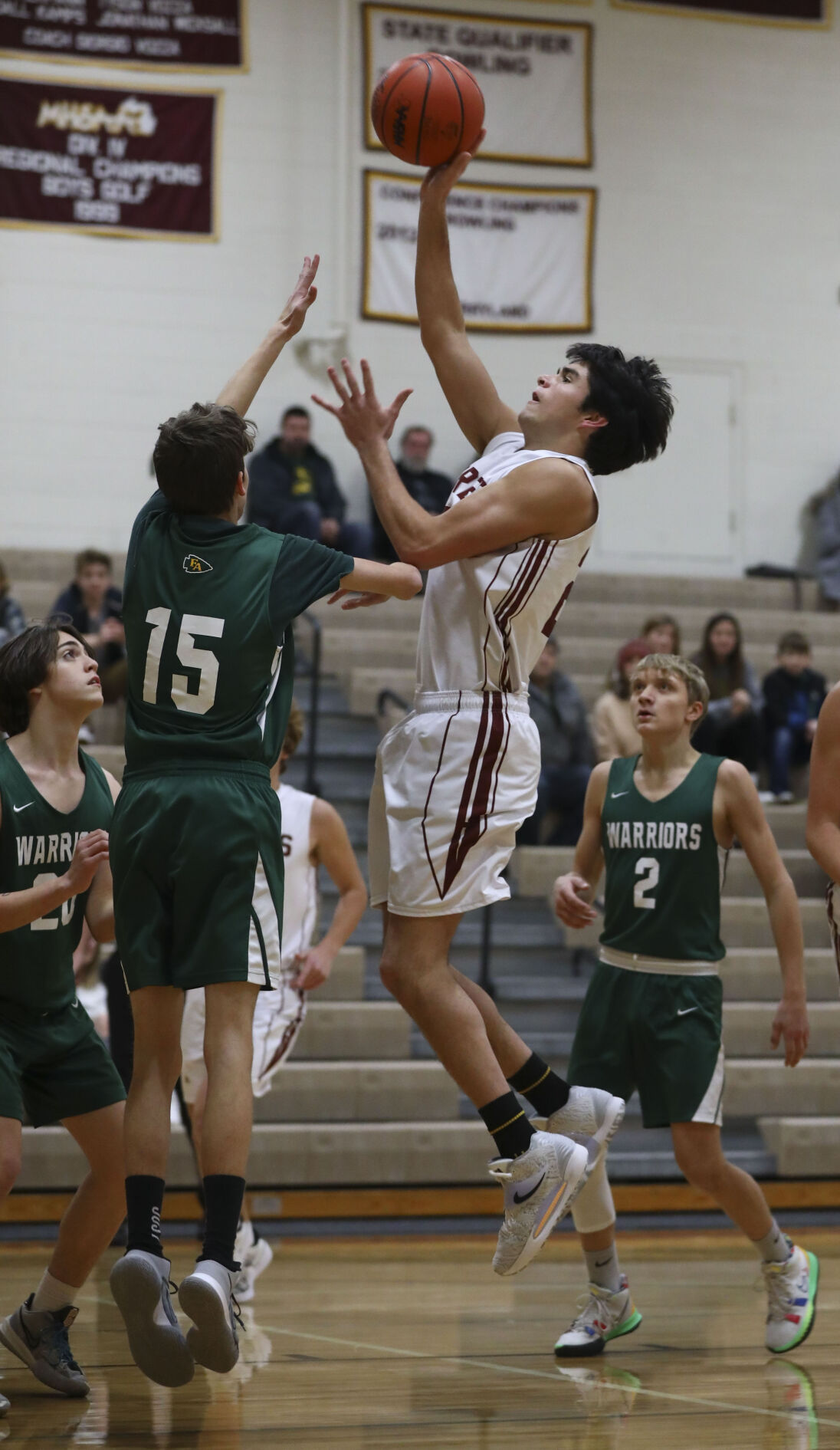 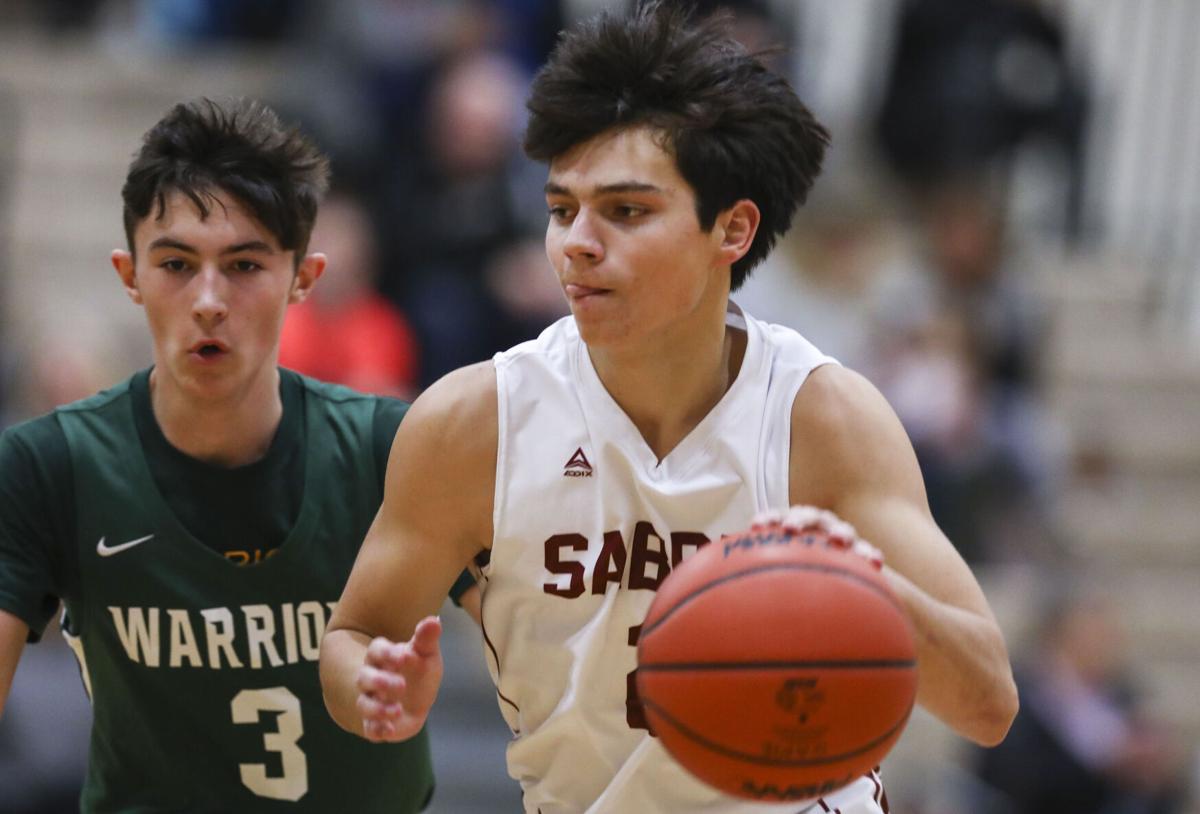 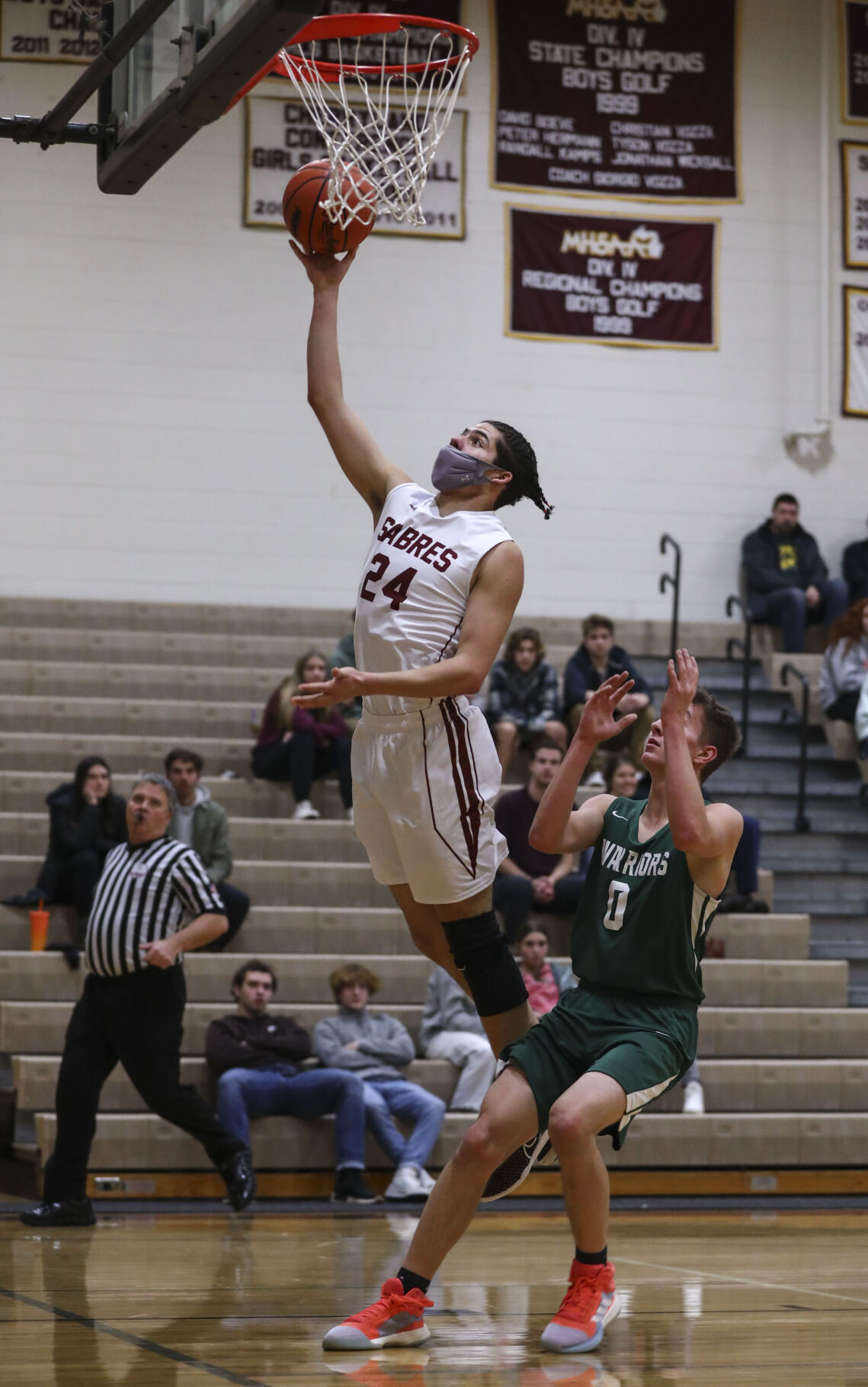 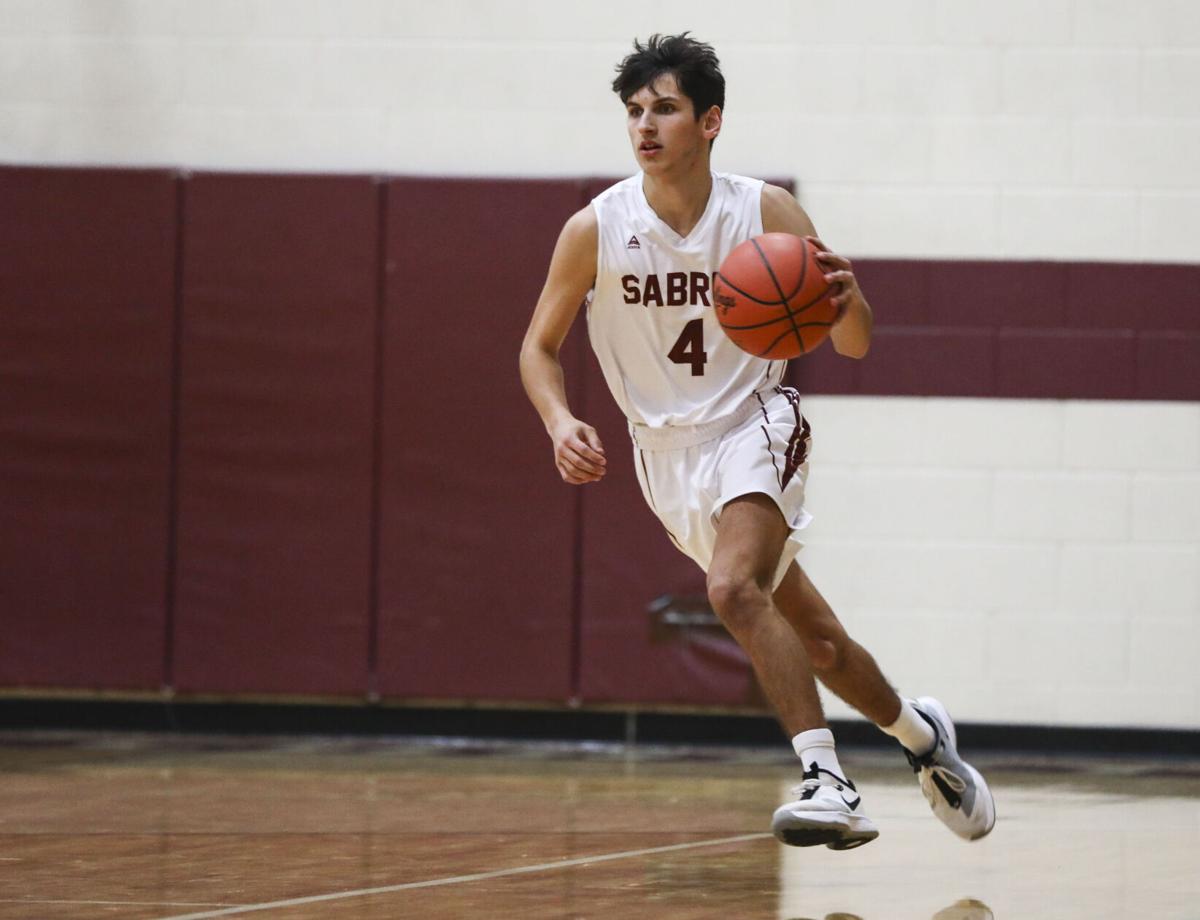 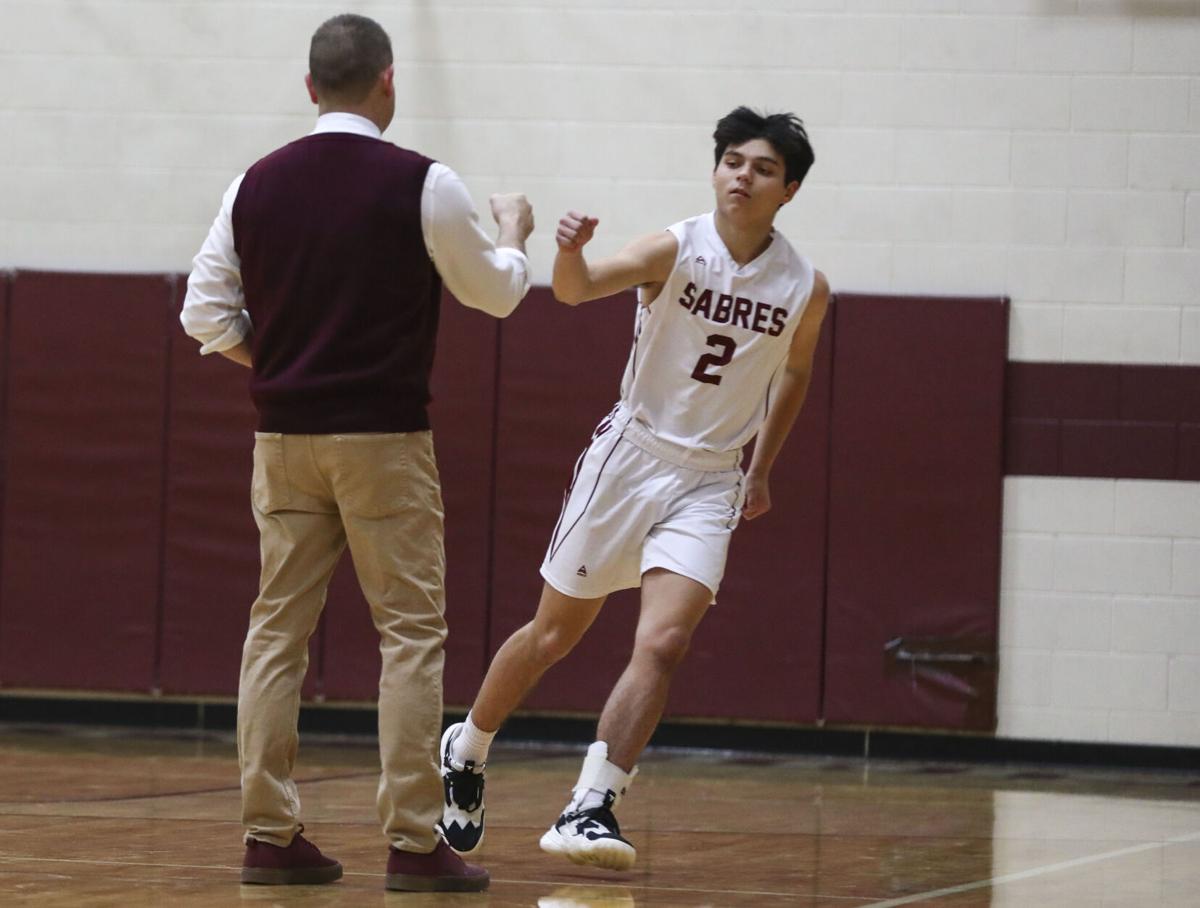 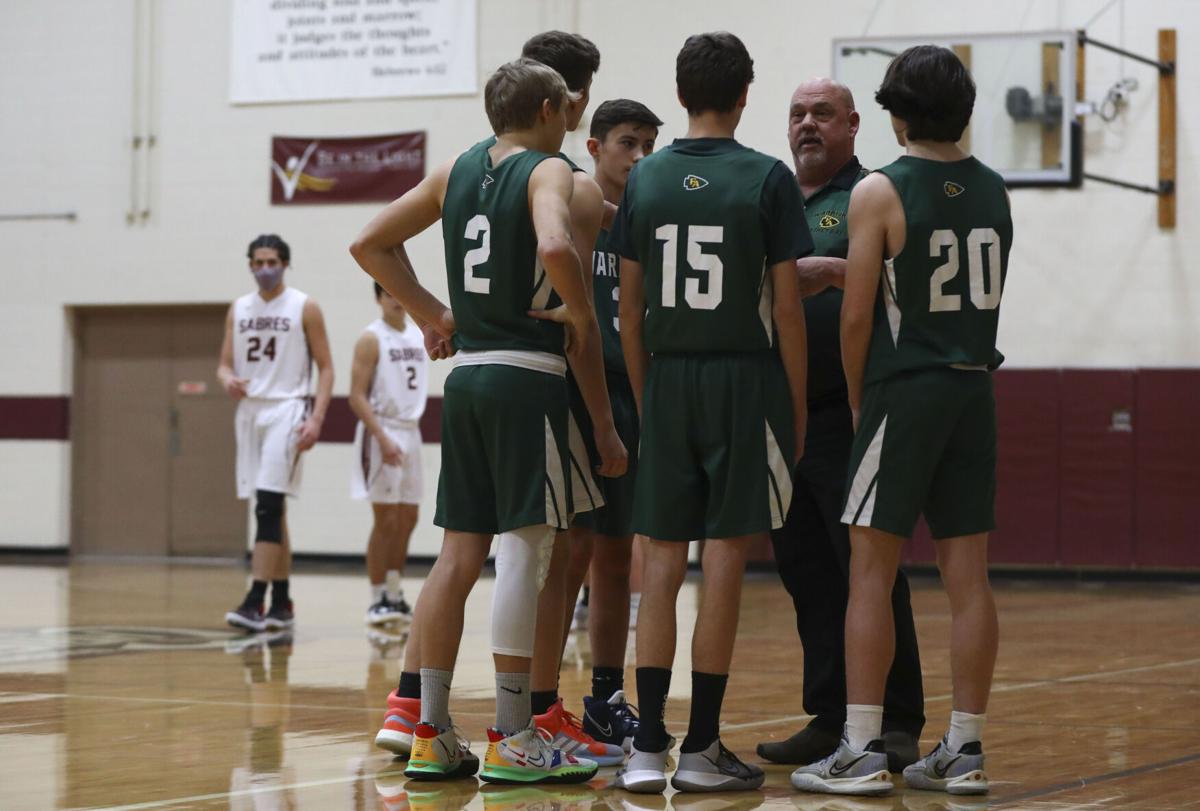 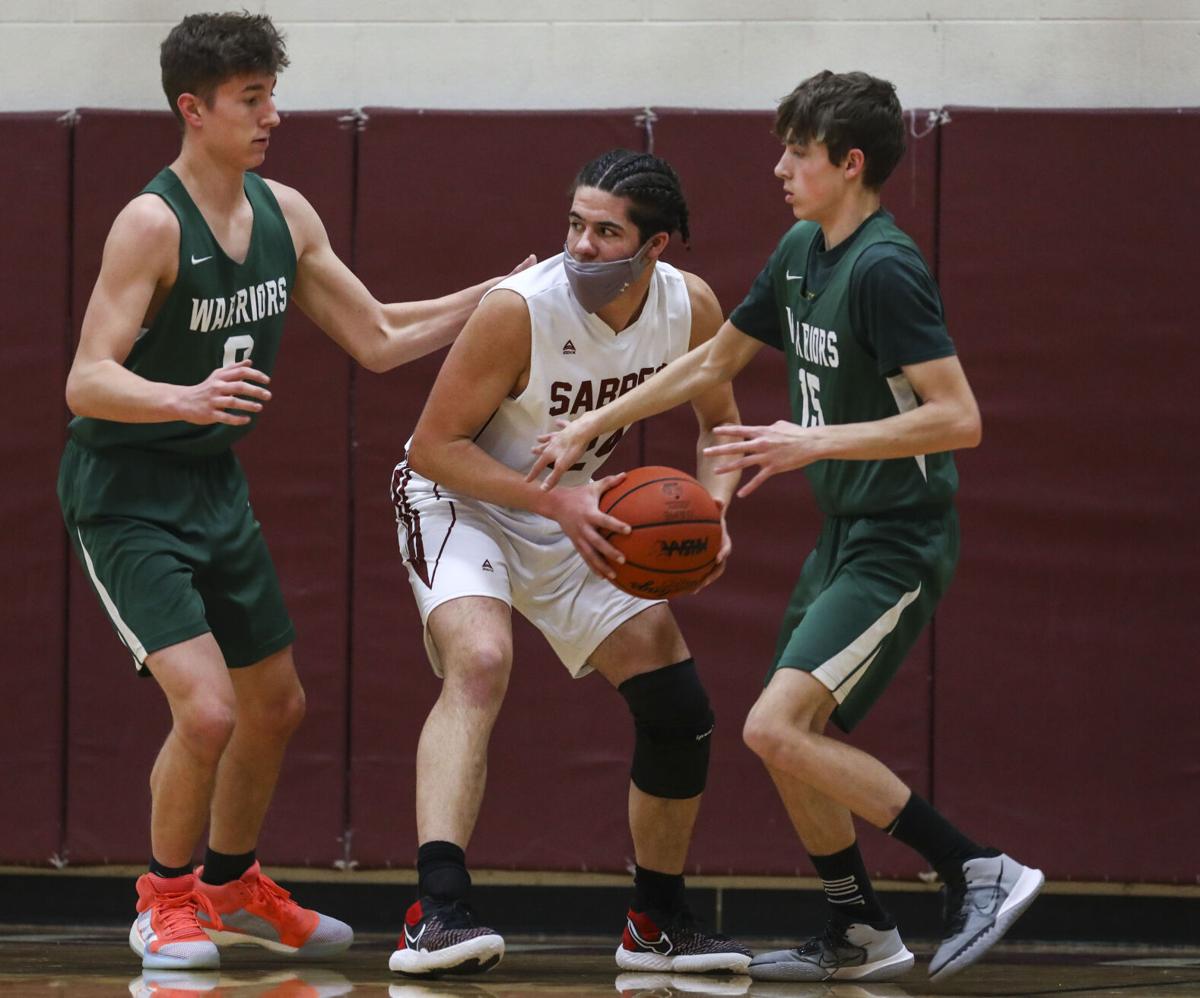 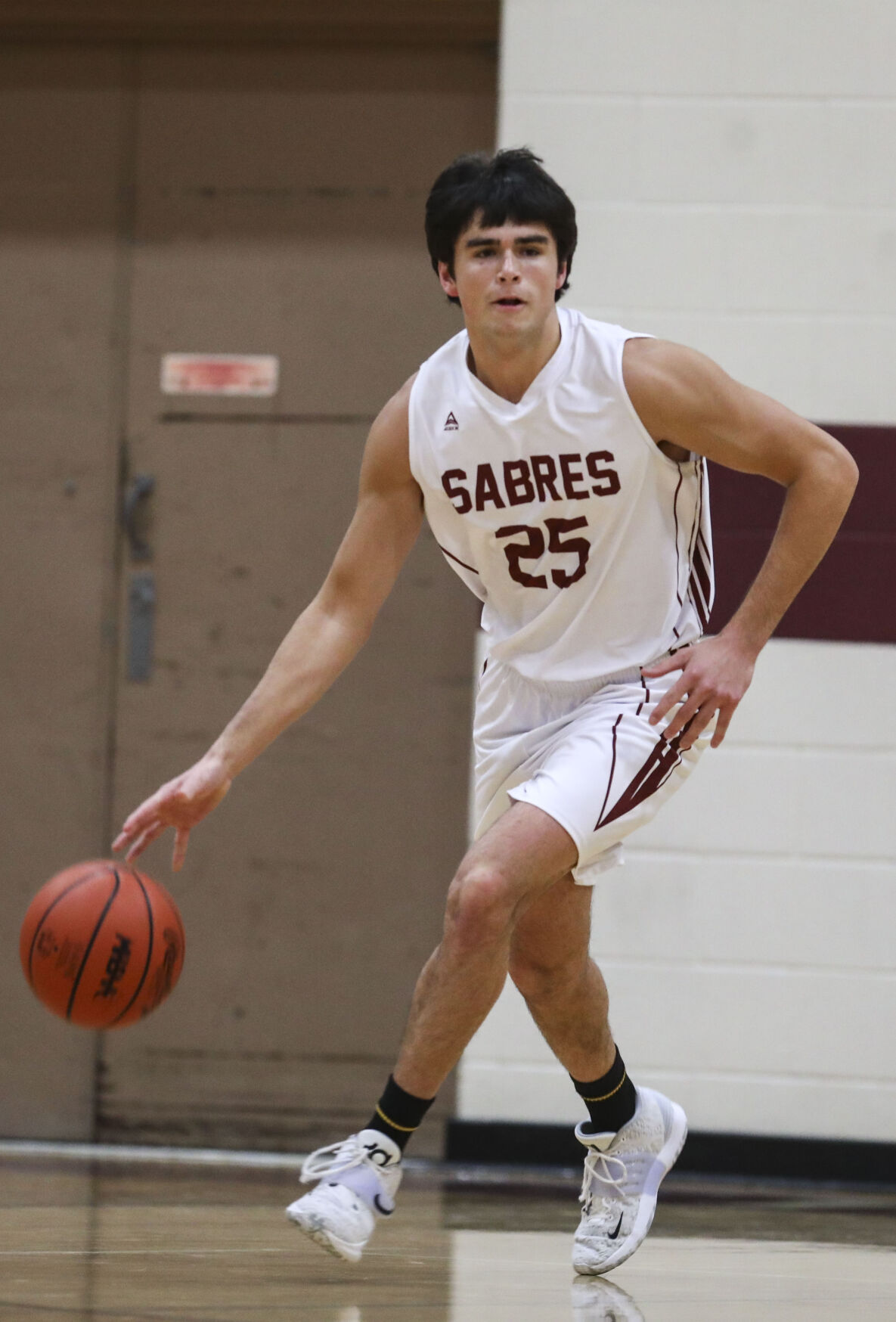 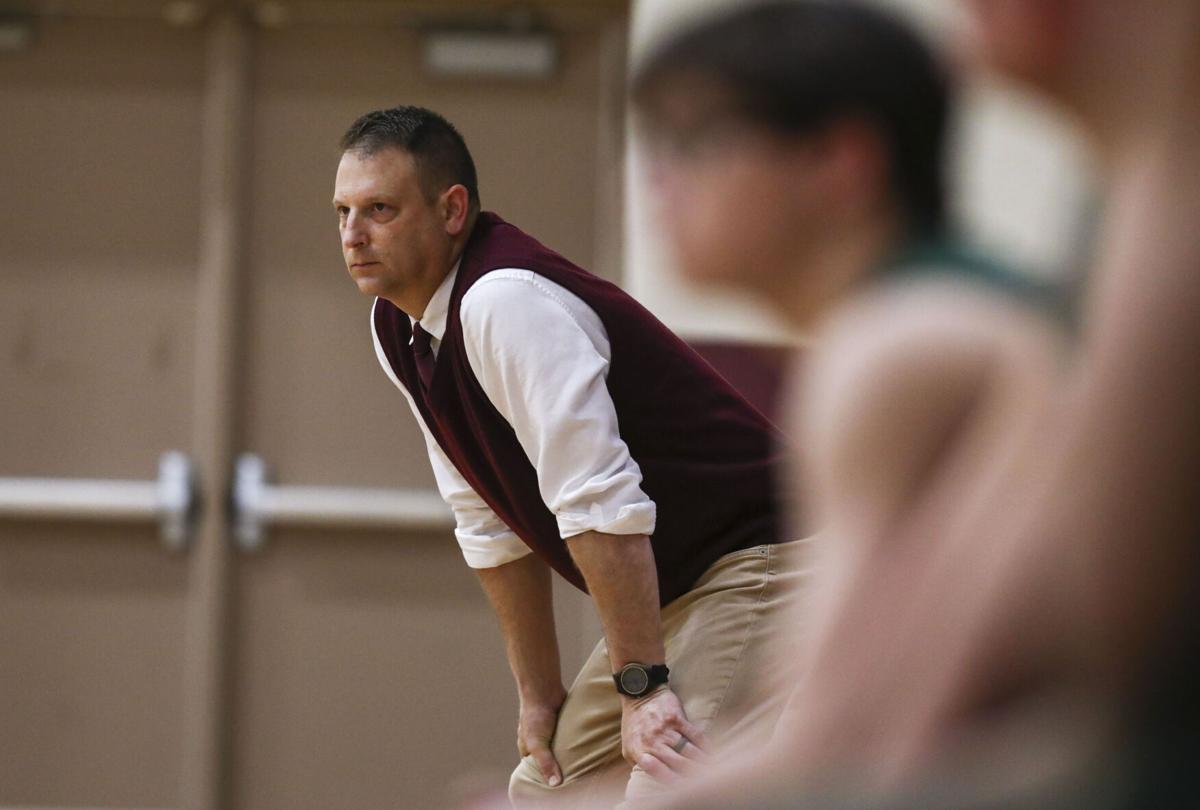 TRAVERSE CITY — A dust mop stands right next to the Sabres’ bench during every game, for both a literal and symbolic purpose.

Traverse City Christian varsity boys basketball head coach Réne LaFreniere said it is for more than just cleaning up before and after games. The mop is also a reminder of the team’s mentality for the 2021-22 season.

“Guys diving on the floor for loose balls, taking a charge, those type of things and those hustle plays that don’t show up in a stat line but are still needed to win,” LaFreniere said. “Every day before we start practice and before we set foot on the court, they have to sweep the floor. It starts with that. If we expect good results, we better have a good surface we’re playing on.”

Senior Brock Broderick said that mindset has kept the Sabres disciplined and competitive.

“We’re really trying to get aggressive and have grit out on on the floor,” Broderick said.

Players who exhibit those traits during games earn what the Sabres call a “Sweepie” and get a tag with their name on it hooked to the top of the broomstick. Seth LaPointe nabbed one Thursday when the TC Christian won 73-36 at home against Forest Area.

“You try to motivate kids and have fun in the process,” LaFreniere said.

The Sabres (4-2) came into Thursday averaging exactly 59 points per game. They fell just a point shy of their season-high 74, which they put up against Leland in their first game of the year.

TC Christian built a 15-0 lead before Forest Area’s Hunter Boggs knocked in a floater off the glass with 3:30 to play in the first quarter. Broderick scored nine of his team-high 15 points in the first eight minutes as TC Christian went ahead 26-9 after one.

A 14-0 run by the Sabres to open the second quarter ballooned the lead to 31 points. Cameron Patton connected from long range to stop the bleeding and get Forest Area on the board with less than four minutes left in the half. Those would be the only Forest Area points of the quarter, however, and TC Christian went into the locker room with a commanding 49-12 lead.

Patton led all scorers with 17 points, hitting from beyond the arc five times in the loss.

LaFreniere played his bench for most of the second half and gave his two JV call-ups — AJ Wylie and Austin Miller — significant minutes in the fourth quarter. Wylie hit a pair of triples and finished with eight points, while Miller converted on a fast break layup for his two varsity points. Nathan Hresko scored 10 of his 12 points in the second quarter, and Ryan Sweetapple finished with nine points for the Sabres.

LaFreniere liked his players’ hustle Thursday, but appreciated more how they played against a struggling Forest Area team that is still looking for its first win of the season at 0-3.

“We understand that those are kids over there,” LaFreniere said. “Forest Area is having a down year, but that doesn’t mean you rub their face in it. You help maintain their dignity and treat them as if they were our own.”

Forest Area head coach Eugene Szymchack said the Sabres provided “great competition,” and he also appreciated how they played against his team.

“They’re all great friends. They know each other outside of school,” Szymchack said. “The guys on both sides of the ball were working together to help each other out tonight.”

Forest Area is loaded with youth, featuring just three seniors. Six of the team’s 11 varsity players are sophomores or freshmen. Szymchack said he saw a lot of development Thursday against TC Christian and noted it was his team’s best defensive effort of the season.

“They’re unseasoned. They’ve got a lot of talent and skill, but they need game-time play and getting out on the court and being active,” Szymchack said. “They’re still young, but they’re getting better. I want them to be able to play as a team. Right now, there’s still some individual play, but they’re all getting together for the first time in their lives to play together.”

Forest Area hopes to benefit from some home cooking in its next two games against Central Lake on Tuesday and Bellaire next Thursday.

The Sabres get a long layoff as TC Christian students go on a week-long service trip before hosting Baldwin on Jan. 18.