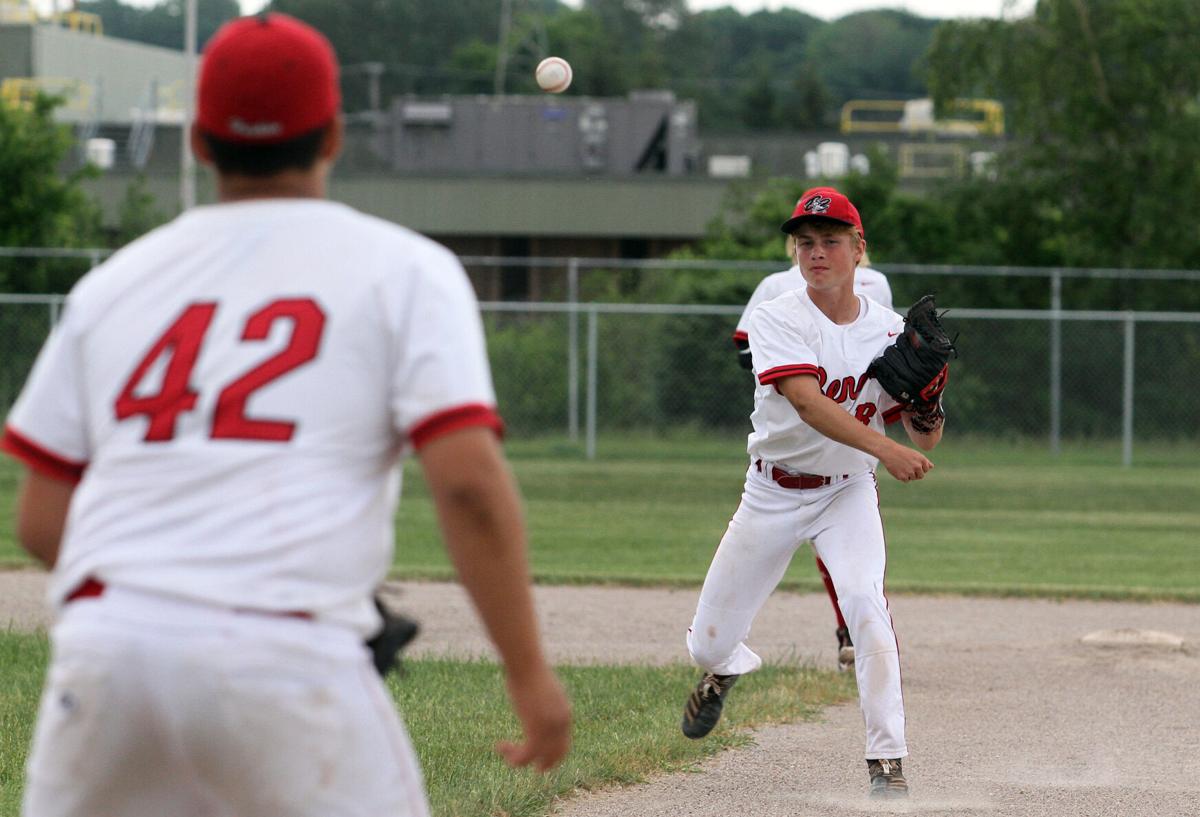 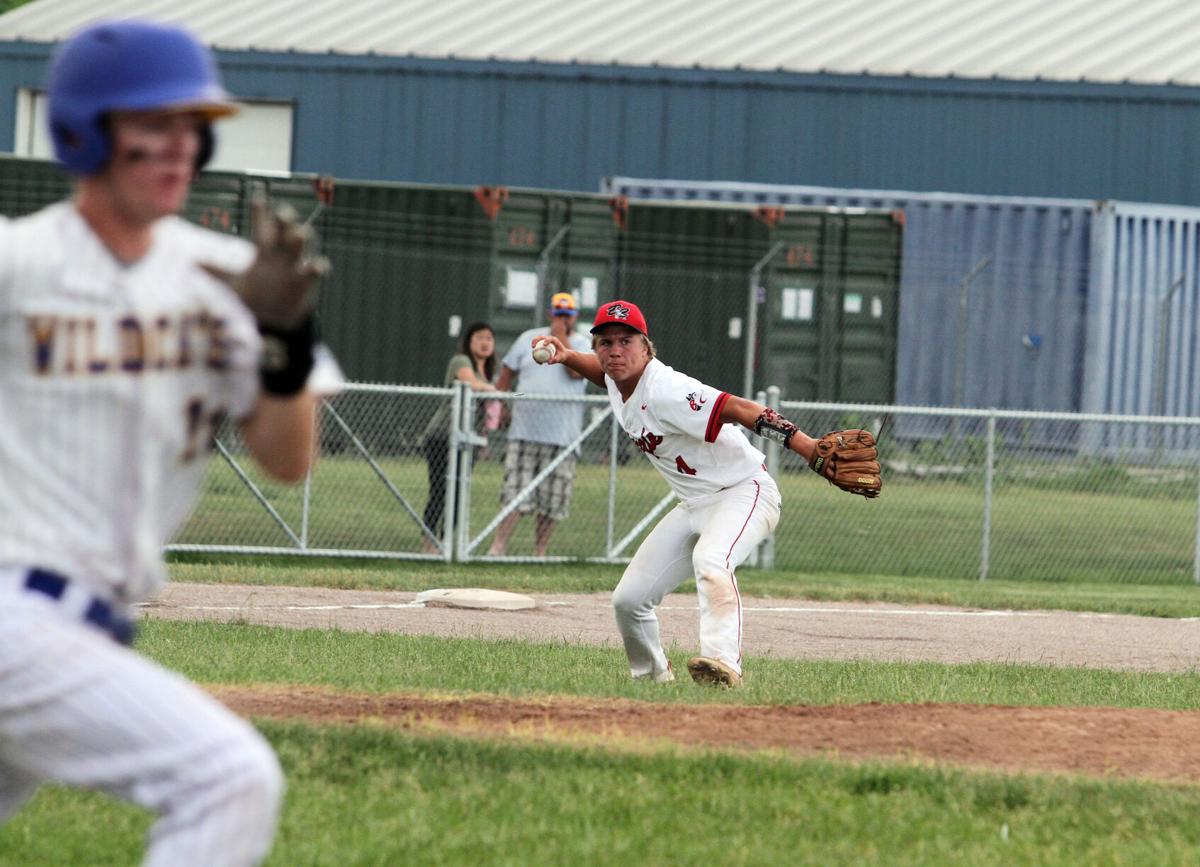 Evart held off a late Benzie Central rally 3-2 in Wednesday’s Division 3 baseball regional semifinal at Cadillac. The game started in Manton, but moved to the Vikings’ field an hour and 45 minutes after it started because of torrential rain that flooded Manton’s field.

“We tried McBain,” Huskies head coach Eric Johnston said. “They couldn’t do it, so we came here. Josh (Johnson) and I both knew whoever was going to come out of this regional would have to play Saturday, and with pitch counts you’d really be hamstrung.”

Manton’s field was flooded by the deluge of rain not long after the opening pitch.

Benzie pulled off a double play to end the only inning played in Manton. So a game slated for a 4:30 p.m. start saw both teams lift and shift for a 6:15 p.m. resumption in Cadillac.

Evart starter Danny Whitbeck, a Cornerstone College commit, largely cruised through five innings and left the game with two out in the sixth so his pitch count would allow him to throw again Saturday.

The Huskies got to reliever Pierce Johnson, loading the bases with none out in the seventh. Johnson picked off a runner at third base, induced a pop fly and got out of the jam on Dan Wallington’s liner to right field to end the game. Chris Dunlop was hit by a pitch after Samson Ross’ walk loaded the bases again to draw Benzie within a run and only one out.

The Wildcats (27-8) scored all their runs in the top of the third.

Benzie got one back in the fourth on Aaron Kaskinen’s sacrifice fly to score Chris Dunlop.

“I was telling the guys at the end here, we had bases load and no outs and all the excitement and sunshine,” Johnston said. “So what a great day for baseball. I mean, no matter what the outcome, it’s great for baseball.”

Dunlop, Connor Milliron and Cael Katt had the Huskies’ only hits. Milliron beat out an infield single in the seventh, and left with a left injury after beating the throw to first base. Roger Lamie pinch ran and scored the Huskies’ second run.

“I could not be more proud of this group,” Johnston said. “I mean really, they came out, they got behind, they never hung their heads. They knew they were going to come back. They came out focused. They were determined focused ballplayers. They’re playing for each other, doing what it took to try to win this gam. We just came up came up short. They have a fantastic pitcher that started, we were getting at him a little bit. So, we haven’t seen a guy like that all year.”

Evart came in knowing Whitbeck likely wouldn’t be able to finish Wednesday’s game and be able to pitch Saturday. The Huskies extended numerous at-bats to inflate his pitch count that led to Johnson entering the game with two out in the sixth.

“There’s really not much point in going to regionals Saturday without Danny,” Evart coach Josh Johnson said. “So we just we knew (Pierce) was going to have to give us (four) outs and ... it wasn’t real pretty.”

Whitbeck came into the game with 145 strikeouts and only 16 walks and hits the upper 80s with his fastball. He fanned nine in 5.2 innings, but the Huskies were able to draw three walks.

Dunlop struck out 10 in six innings and Dylan Bates added two more whiffs in the seventh. Benzie ends the season 19-17-2.

Bummin' Around: The Beach Bums who stayed

Spit take: New food offerings not for everybody

A fan's guide to the 2021 Pit Spitters season

TRAVERSE CITY — The nature of the Northwoods League is usually pretty cut and dry.