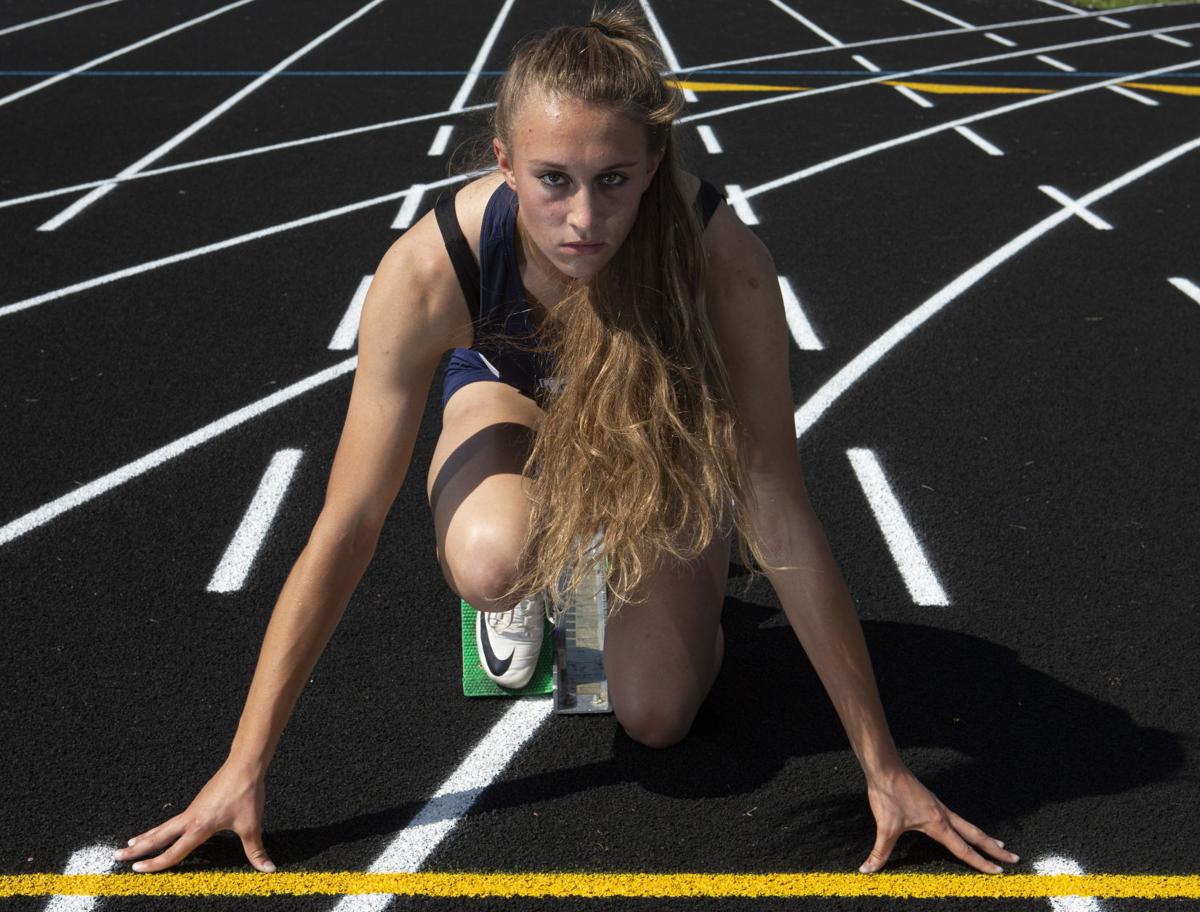 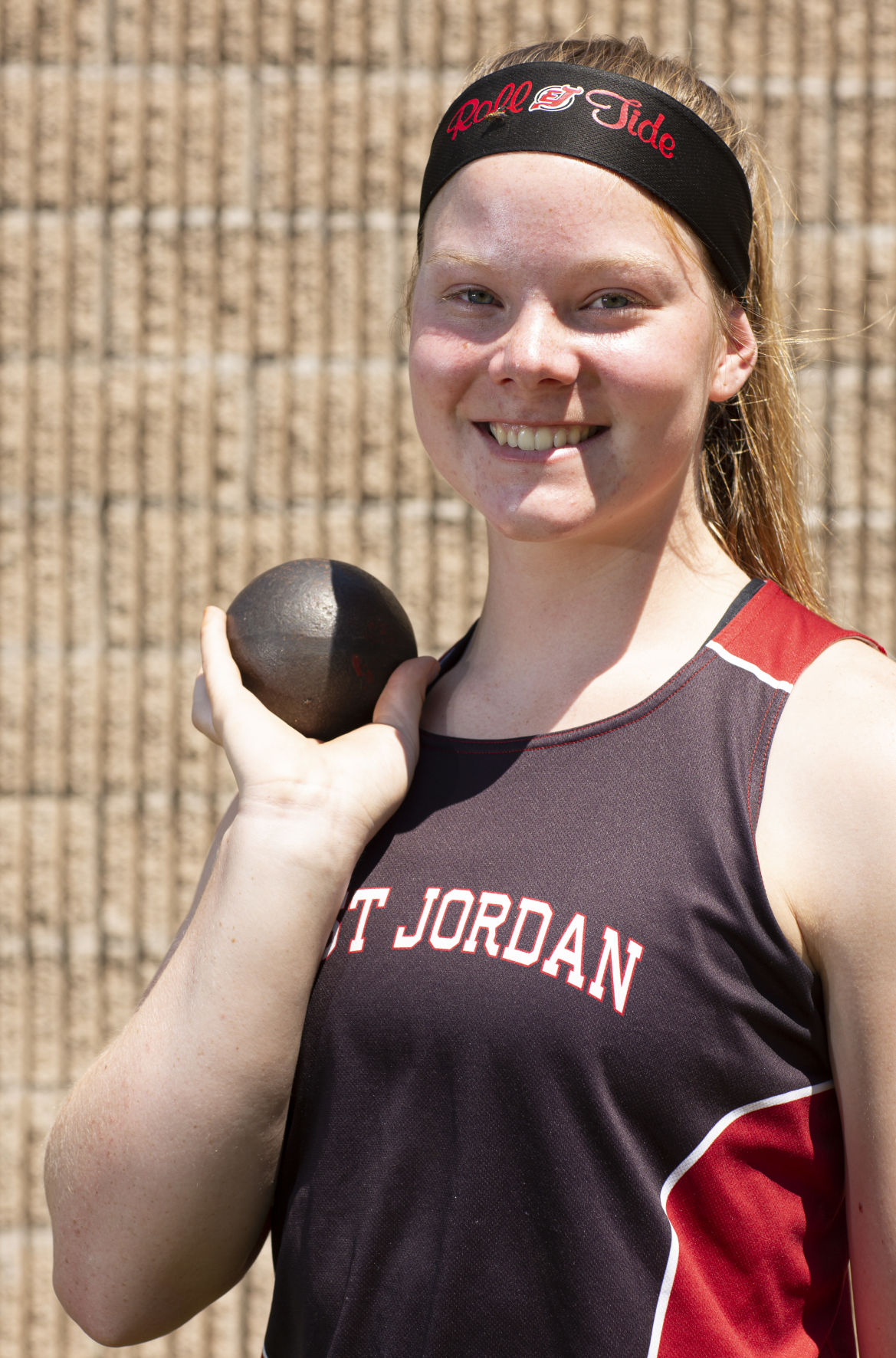 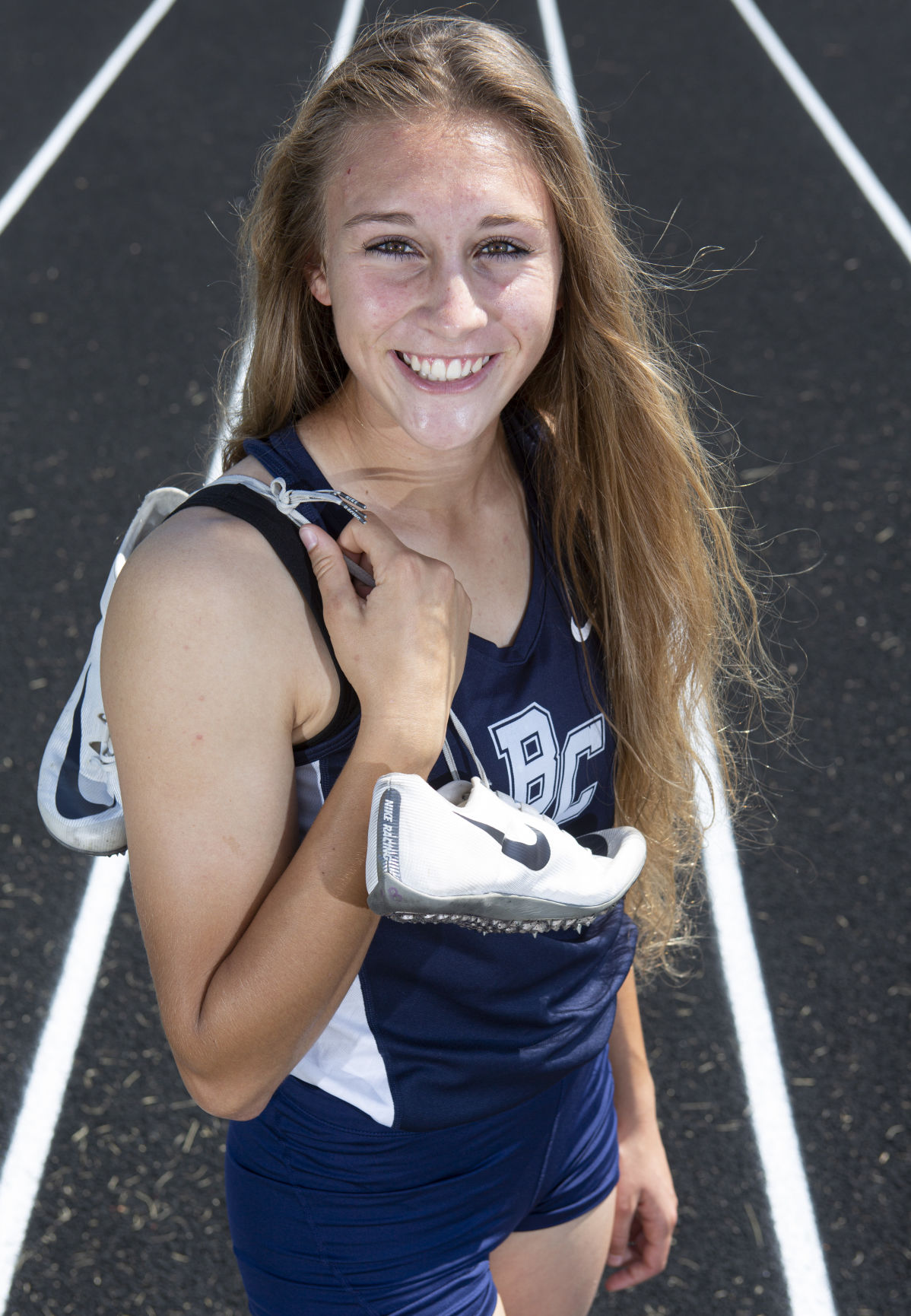 East Jordan’s Maggie Stevenson, left, and Boyne City’s Josee Behling pose for portraits recently at their respective high schools. Behling was named Track Athlete of the Year and Stevenson is the Field Athlete of the Year. See who else made the All-Region Track Team on Page 5B. 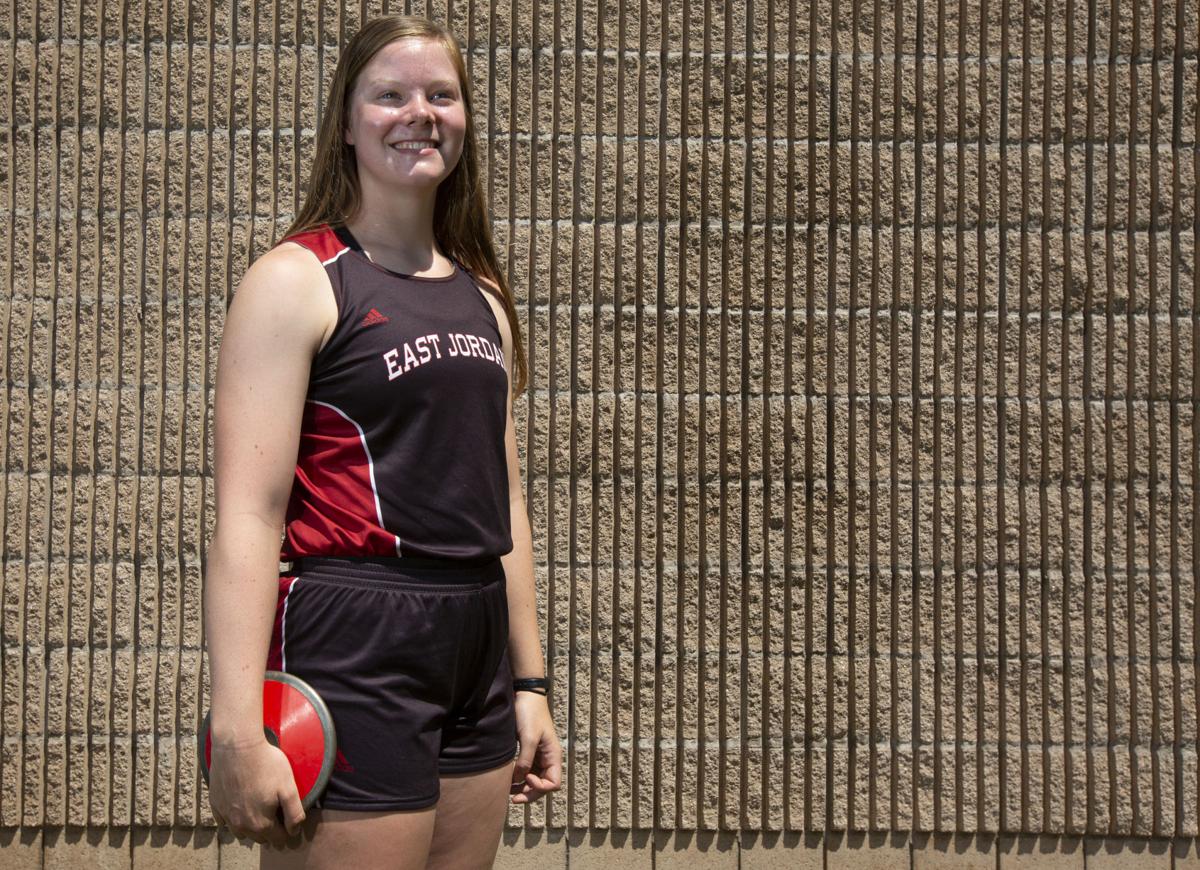 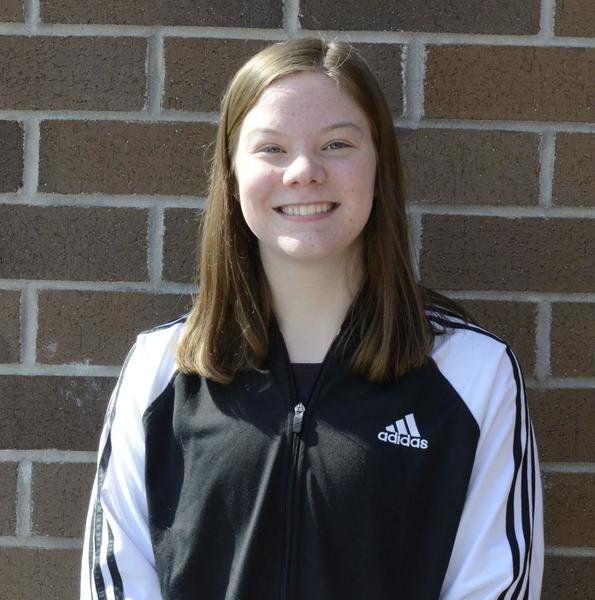 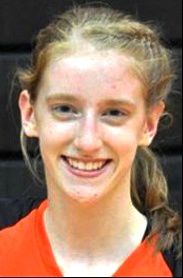 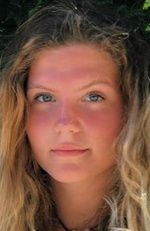 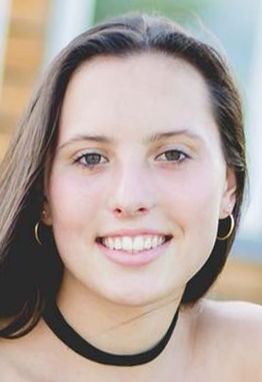 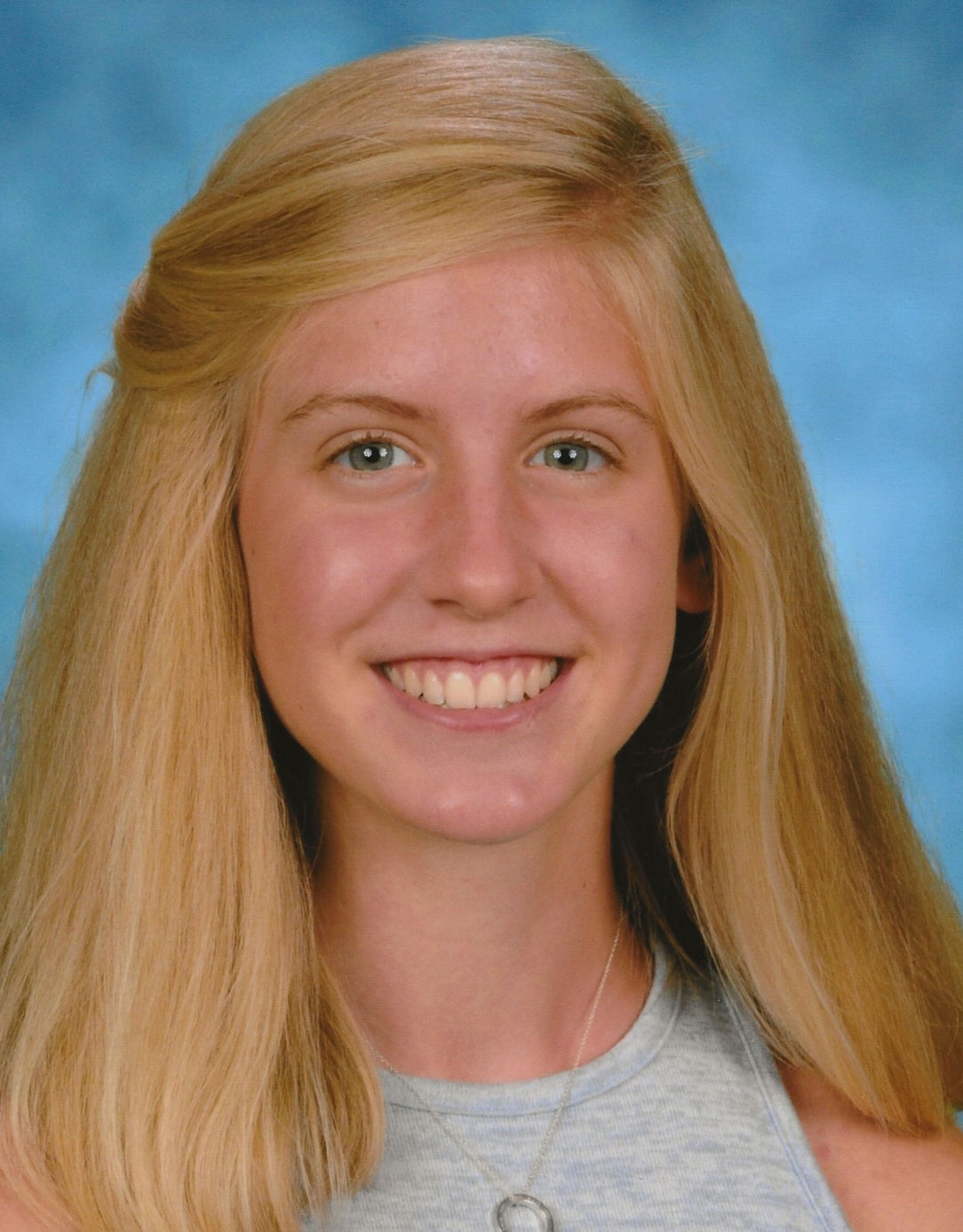 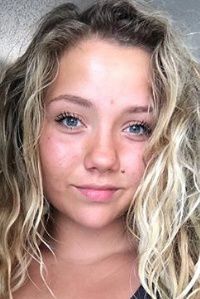 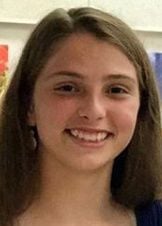 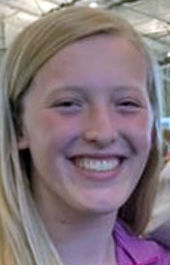 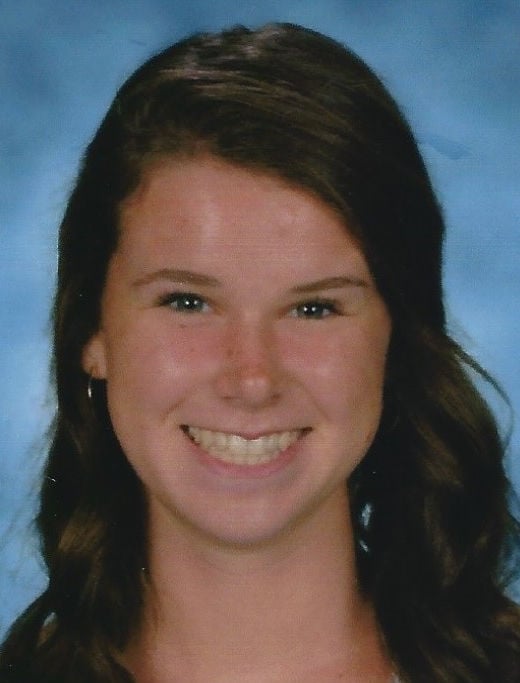 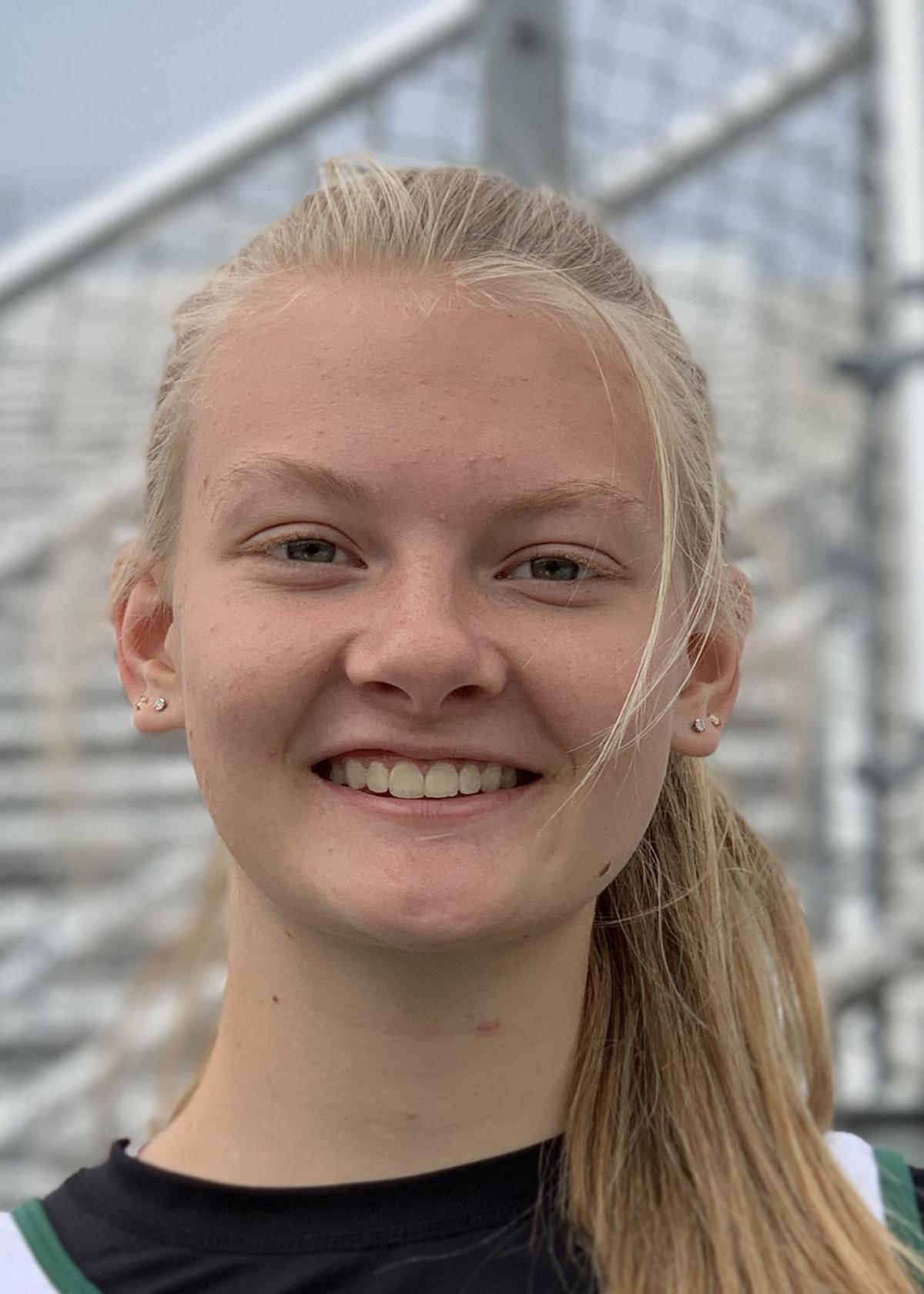 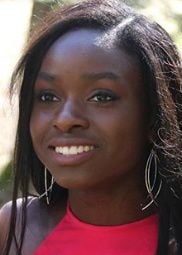 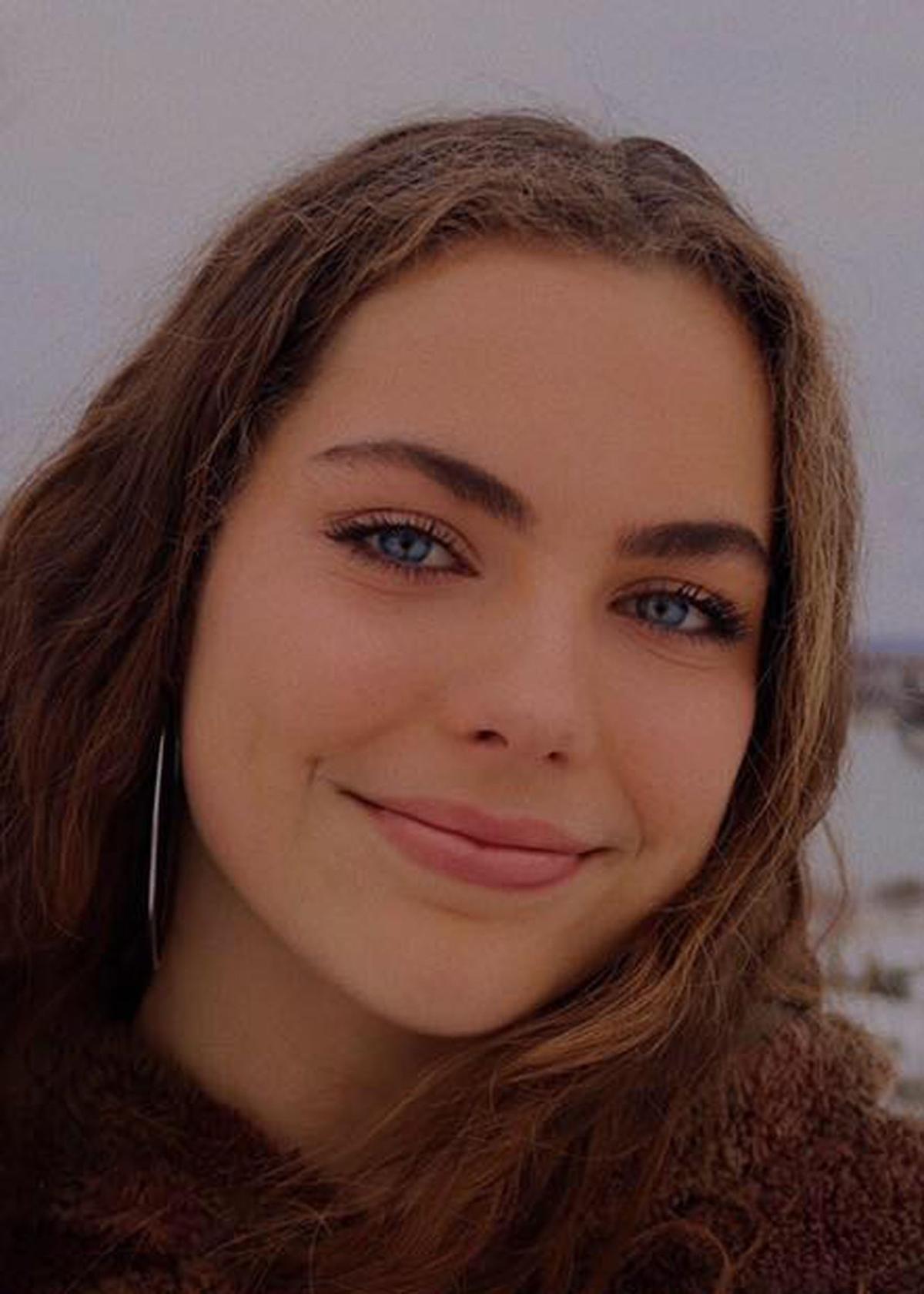 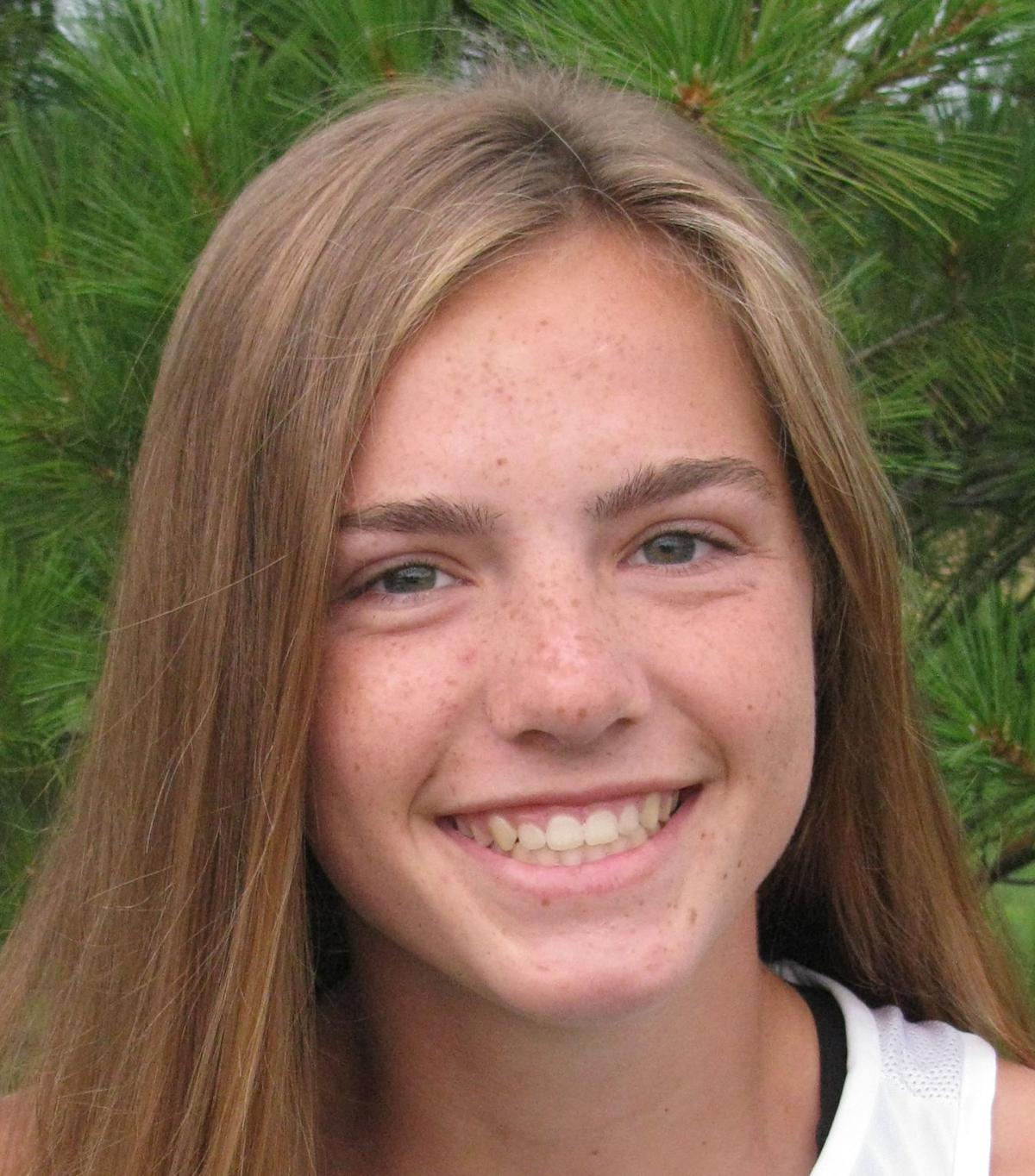 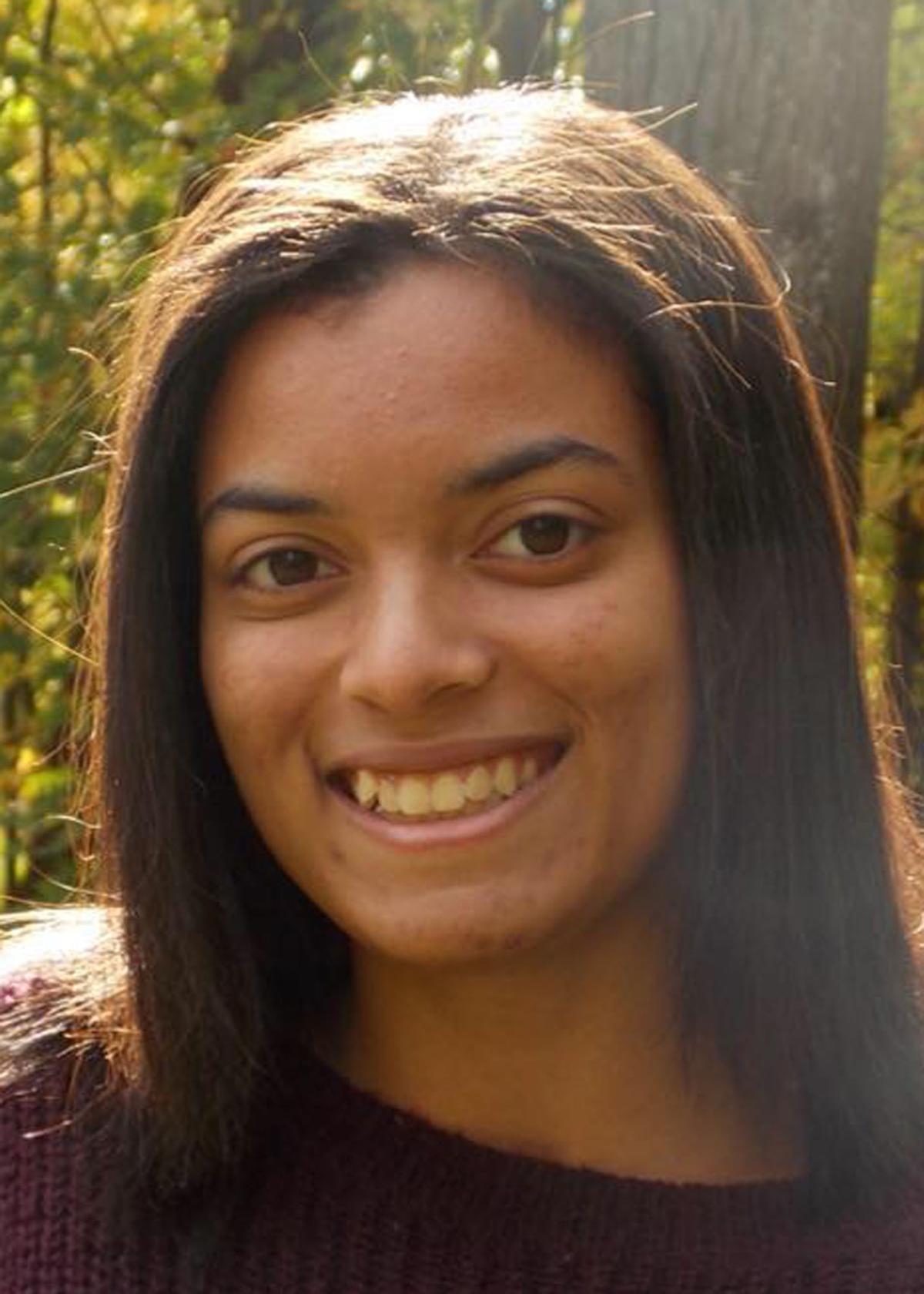 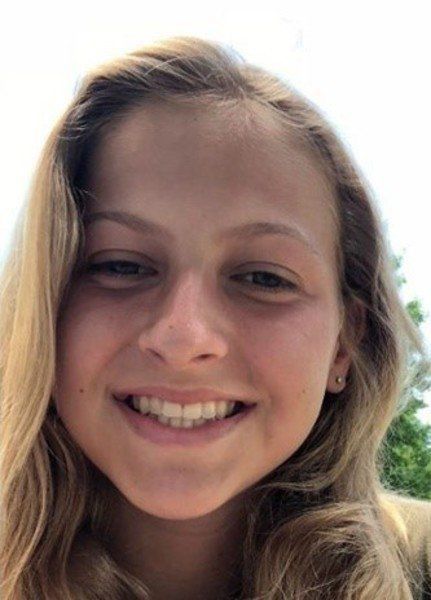 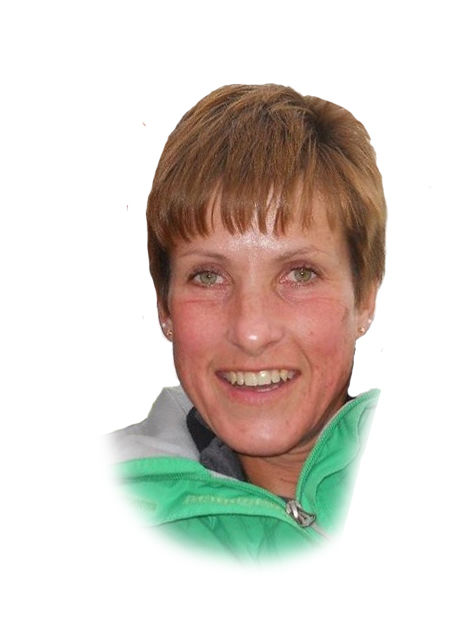 East Jordan’s Maggie Stevenson, left, and Boyne City’s Josee Behling pose for portraits recently at their respective high schools. Behling was named Track Athlete of the Year and Stevenson is the Field Athlete of the Year. See who else made the All-Region Track Team on Page 5B.

Track Athlete of the Year

A return Dream Team member, Behling ran her fastest times yet in the 200 and 400 and had the best times in our coverage area in both events. She ran a 26.32 second 200 to win the Lake Michigan Conference title and ran a personal best 58.04 in the 400, good enough for runner-up at the D3 state finals. Behling only took second place twice and won 15 total events this season. Also helped the 4x200 relay team to a 12th place finish at states.

Field Athlete of the Year

Stevenson makes the jump from Honorable Mention in 2018 to Field Athlete of the Year in 2019 thanks to utter dominance in the throwing events — winning the Division 4 state title in the shot put by over two feet. Stevenson tossed her personal best 40 feet, 4.25 inches at the state finals and only came in second once all season (won all other shot put events). Was the Lake Michigan Conference champion in both the discus and shot put and took home 13th place in the discus at the state finals. Also won dual regional titles.

Spearing ran the fastest 100 time in the R-E coverage area with a 12.84 at the Record-Eagle/John Lober Honor Roll Meet. The sophomore had six wins in the 100 and placed second at the BNC Championships. She also ran the fourth fastest 200 this year (26.91).

Bowman was the 2018 Field Athlete of the Year and did much of the same this season. Bowman ran the fastest 100 hurdles (15.61) and had the longest jump (16 feet, 4.5 inches) in the R-E coverage area. The junior placed second in the 100 hurdles at the D2 state finals and had the second fastest 300 hurdles time (46.87) behind teammate Jacie King.

The senior impressed on the track while also playing soccer this spring. King beat out teammate Brittany Bowman for the best area 300 hurdles time (46.45) when they faced off at the Record-Eagle/John Lober Honor Roll Meet. King took home All-State honors in the 300 hurdles (8th) and in the 100 hurdles (6th) at the D2 state finals. King also won five shot put events and placed fourth at regionals.

Stallworth ran the second fastest 200 in the R-E coverage area with a 26.73 at the D1 regional meet, earning her a runner-up finish. The senior also ran the fourth fastest 100 (13.07) and placed fourth in the BNC.

Rea, a Wayne State commit, placed in the top five in every sprinting event she was in this season. The return Dream Team member won dual Big North Conference titles in the 100 and 200 and combined to win 11 events this season.

Flynn blew away the competition in the 1600, beating out Squires by more than six seconds (4:56.86) and was third in the area in the 3200. The freshman phenom nearly broke the 1600 meter record at the Record-Eagle/John Lober Honor Roll Meet, won the BNC and took eighth at the D1 state finals. Flynn was the runner-up in the BNC in the 3200.

The sophomore won dual Ski Valley championships in the hurdling events while taking home two All-State finishes in the same events. Ran a season best 16.81 in the 100 hurdles at the state prelims and a 47.67 in the 300 hurdles. She also qualified for states in the high jump.

The return Dream Team member dominated the throwing events during the regular season. Doezema took second place at the BNC championships before placing third at the D1 state finals in the shot put. The sophomore also took second in the BNC in the discus and placed 17th at the state finals. She never finished outside the top-5 during the regular season with 11 event wins.

Hillard continued her success from her junior season when she was a Dream Team member and won 12 straight discus events before taking third place in the D3 state finals. Her personal best throw of 128 feet, 11 inches came at the Highland Conference championships where she took the crown. Hillard also won the shot put 10 times with a personal best toss of 38 feet, 4 inches.

Townsend burst onto the scene in her freshman campaign to wow northern Michigan. The freshman took home the Division 4 state title in the pole vault with a vault of 11 feet, 4 inches — a personal best. She took home the top spot in every vault event except one that she participated in this year (third at the Ken Bell Invite). Townsend also won the 100 meter dash seven times and earned seventh place at the D4 state finals, making for two All-State honors.

Kochanny makes her second straight appearance on the Dream Team after leading the area with the longest discus throw (129 feet, 5 inches) over Hillard (128 feet, 11 inches). The junior also had the third furthest shot put toss of 39 feet, 3.5 inches. She placed tenth in the shot put and had an All-State fourth place finish in the discus at the D2 state finals.

DeWeese only participated in the high jump this season, but focusing in led to a runner-up finish at the D3 state finals. DeWeese set her personal record at the Record-Eagle/John Lober Honor Roll Meet with a jump of 5 feet, 6 inches.

The 400 relay team paced northern Michigan with an area-best time of 50.31 seconds, outpacing TC Central by 1.3 seconds. They used that time to win a regional title in D1 and placed 16th at the state finals.

The Huskies 3200 relay team wrecked the compeition at the Record-Eagle/John Lober Honor Roll Meet, winning the event by 10.5 seconds. They peaked at the right time and ran a season-best 9:37.87, cutting 20 seconds off their second best time, to earn All-State sixth place at the D2 state finals.

The Trojans' foursome broke the school record in the 3200 relay this season, setting the new mark at 9:16.92. TC Central ran their best ever time at the D1 state finals.

The Gladiators shaved 30 seconds off their 3200 relay time over the course of the season, running their best at the Lake Michigan Conference championships (10:02.18). The team placed third at regionals and had a seventh place All-State finish at the D3 state finals (10:03.92).

Coach of the Year: Diane Goss, Traverse City West — Goss led Traverse City West to another Big North Conference title, out pacing Traverse City Central by 19 points. The Titans young and talented squad – complete with stellar runners and field athletes – were the D1 regional runner-up and are loaded with underclassmen.