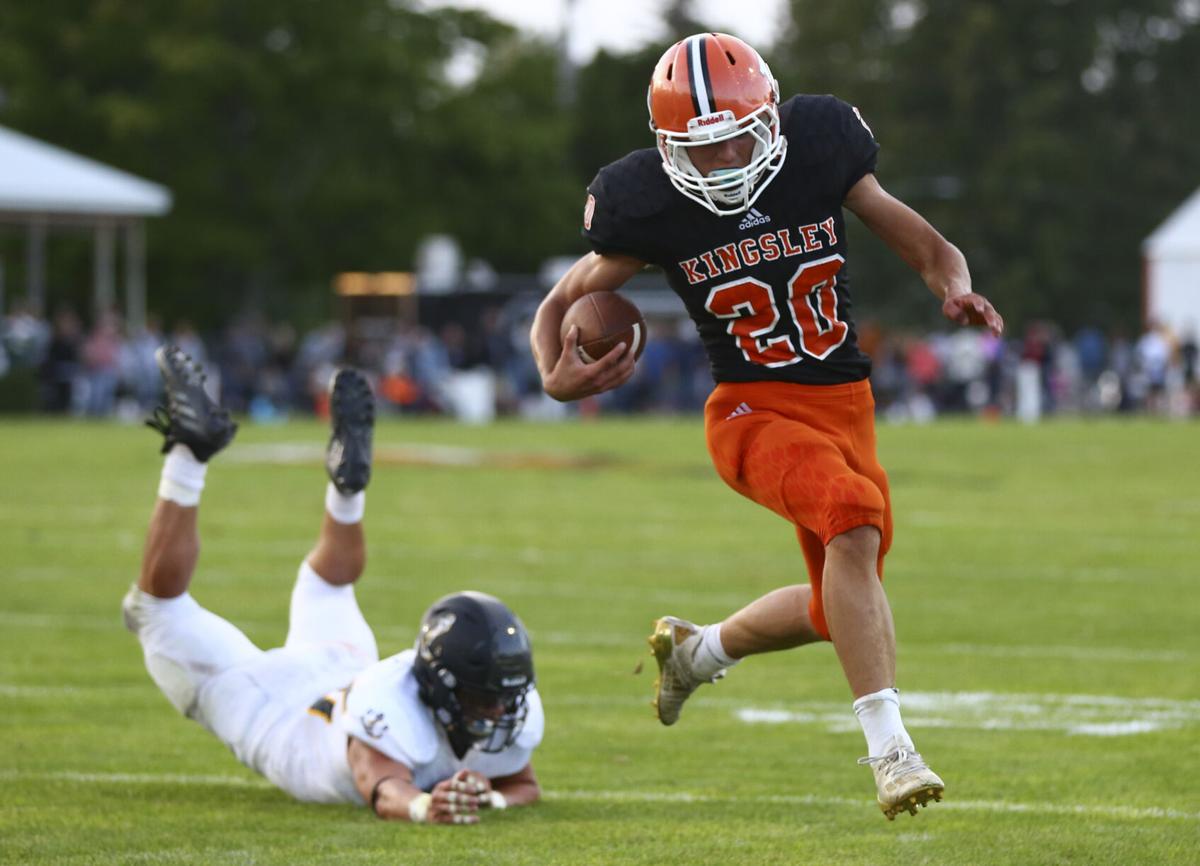 Kingsley’s Gage Hessem runs the ball at Rodes Field in Kingsley on Thursday. 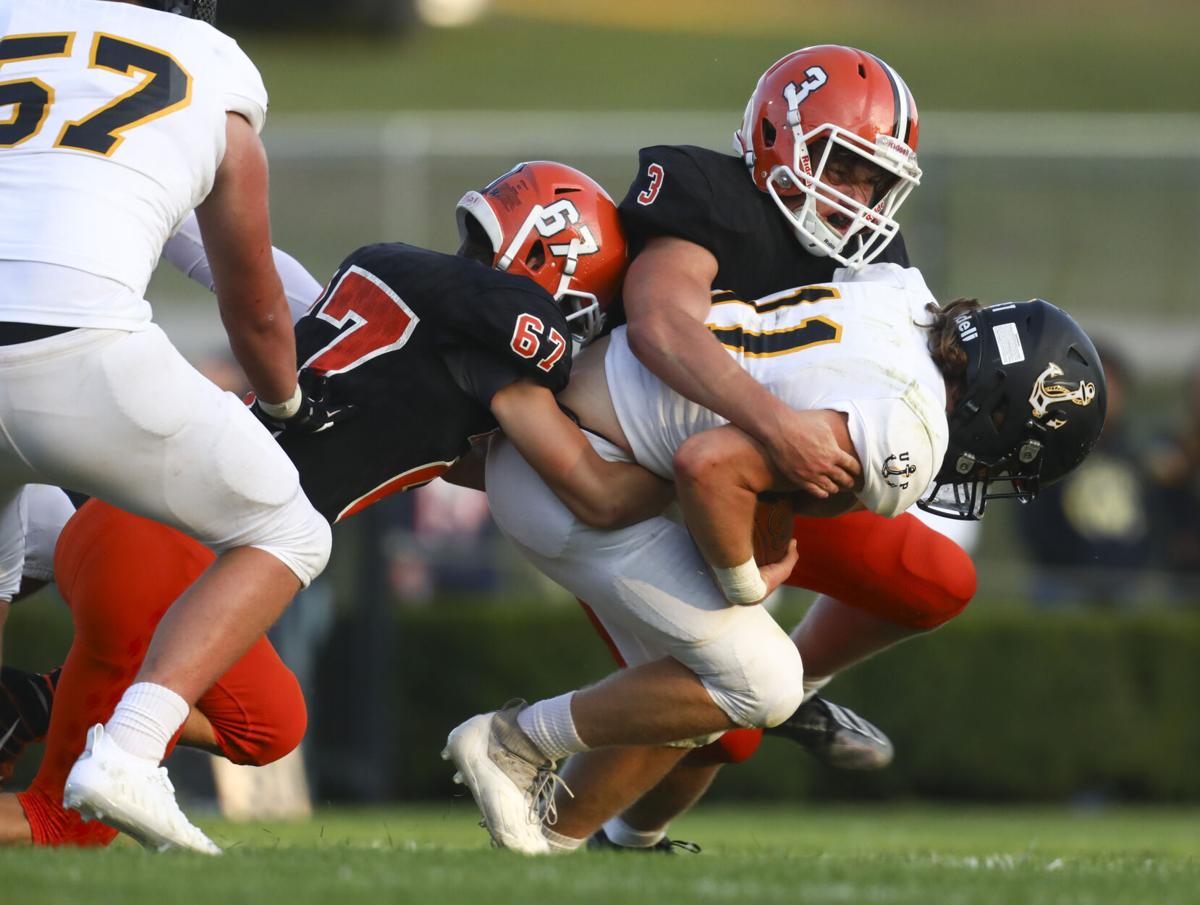 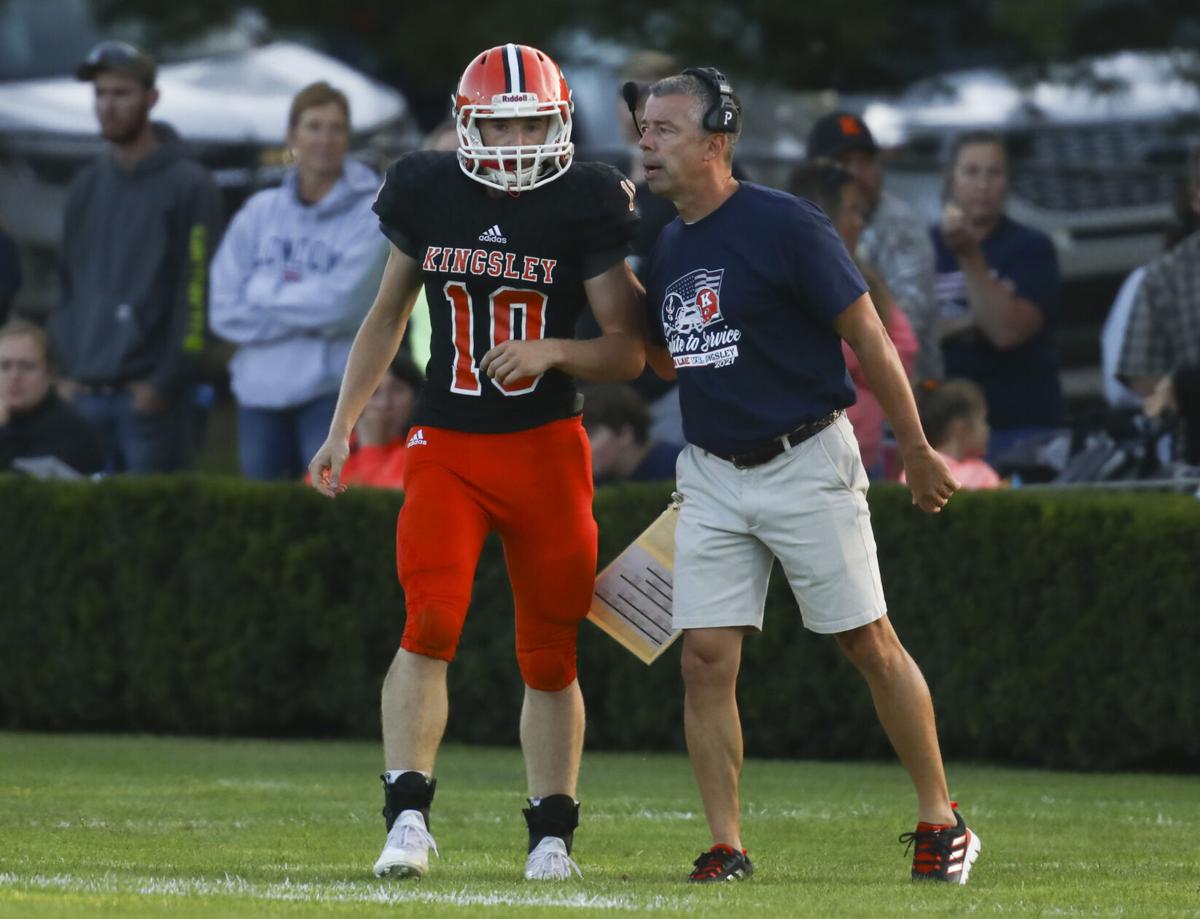 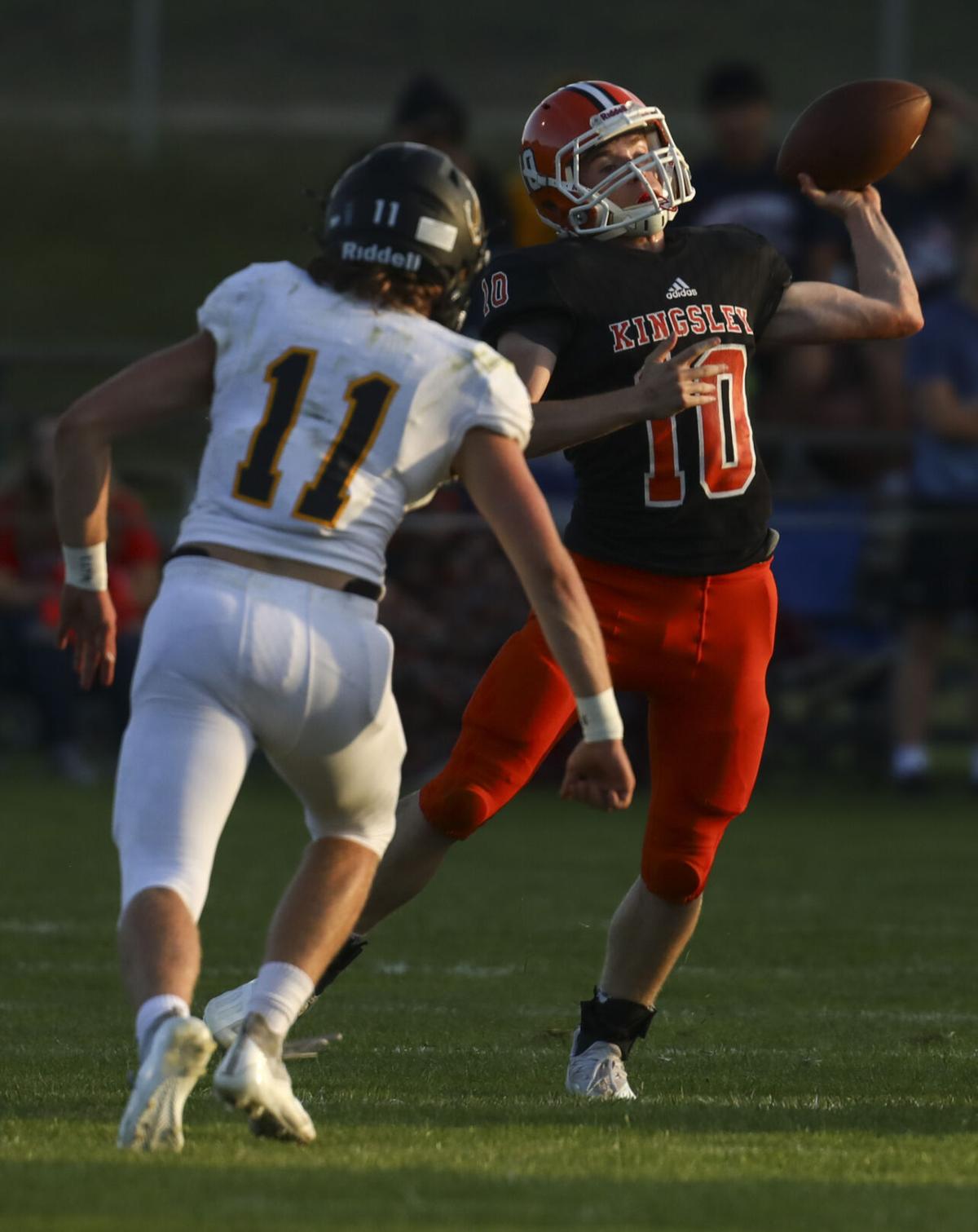 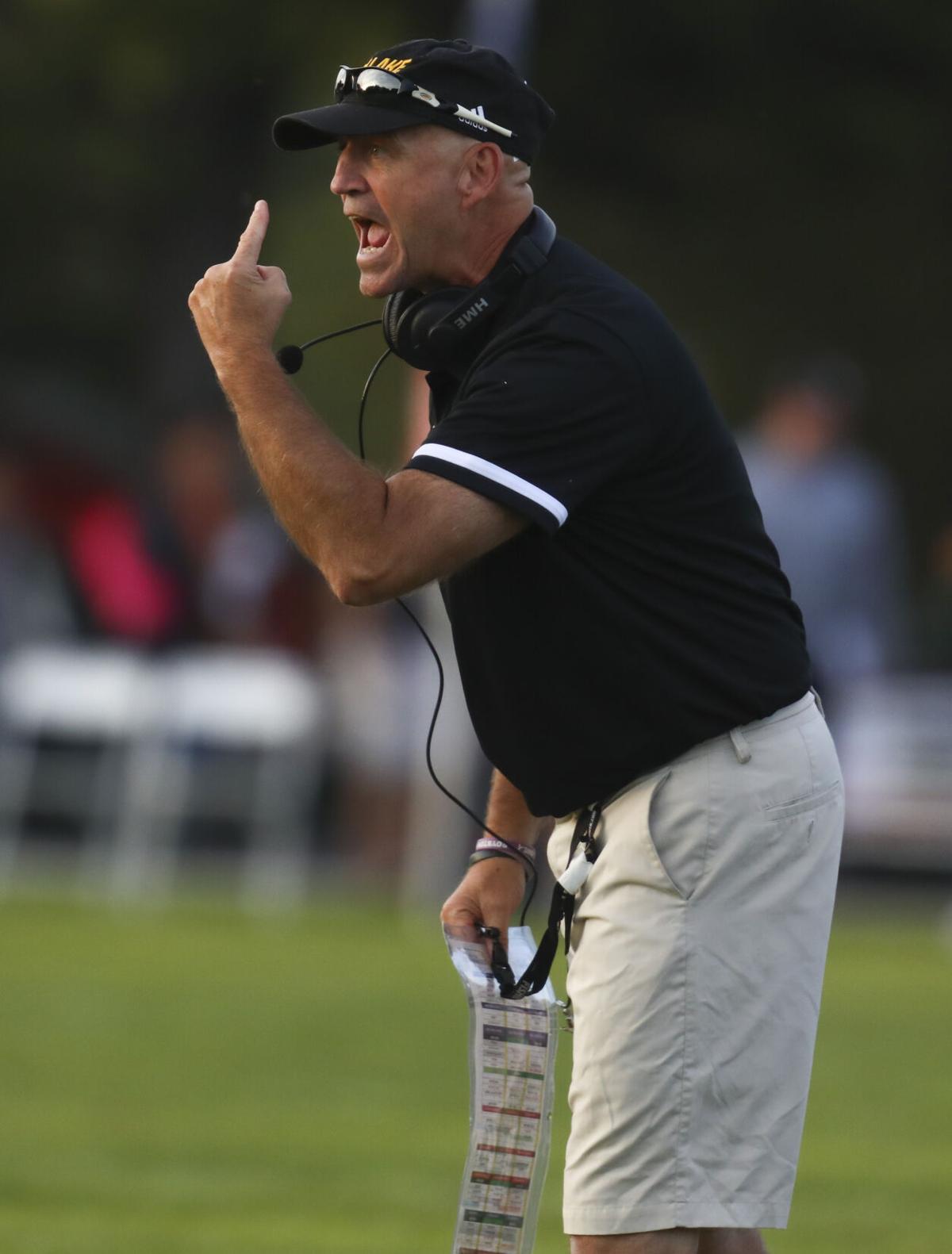 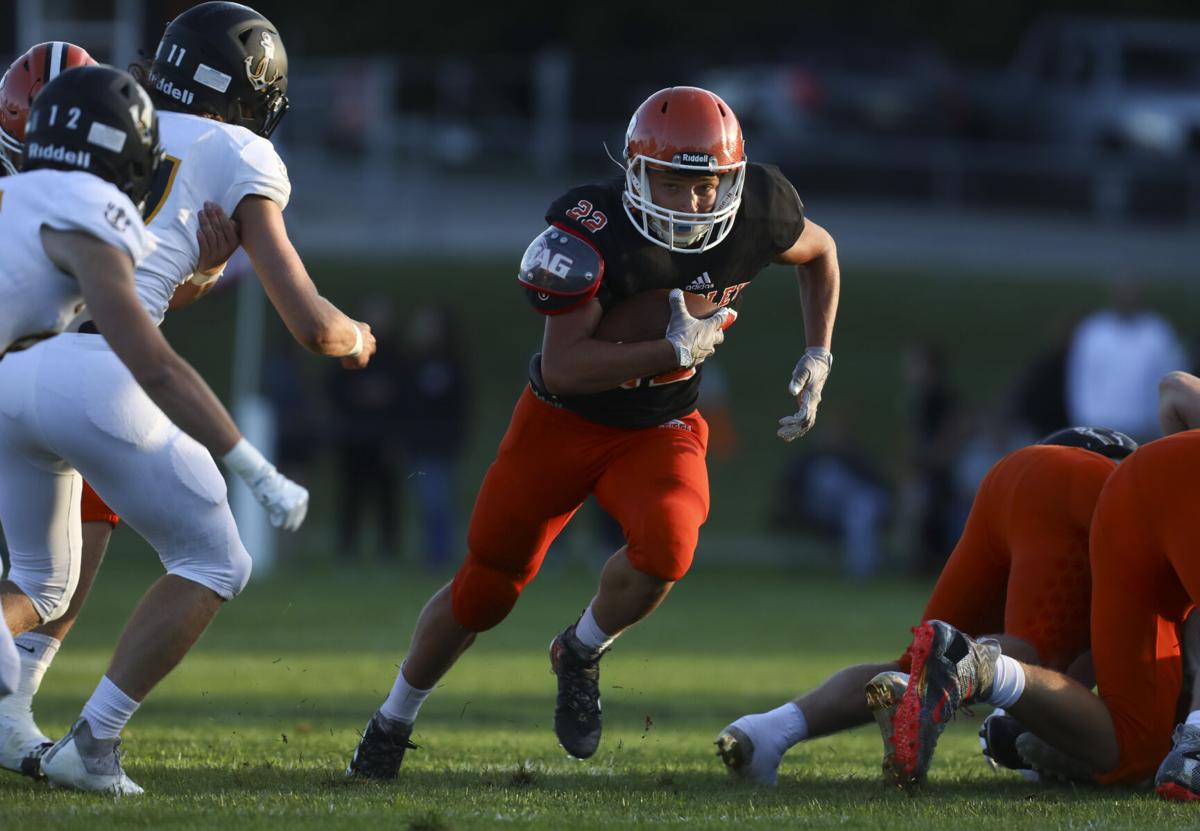 Kingsley’s True Beeman runs the ball at Rodes Field in Kingsley on Thursday. 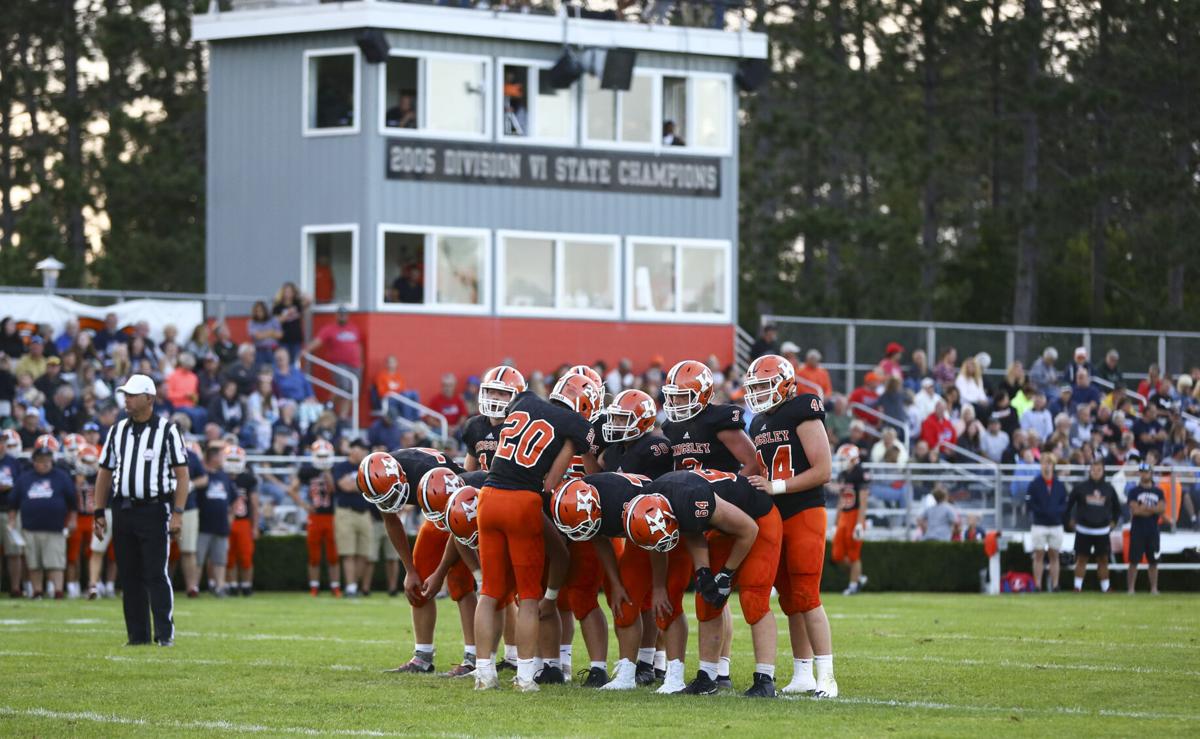 The Kingsley Stags gather in a huddle at Rodes Field in Kingsley on Thursday. 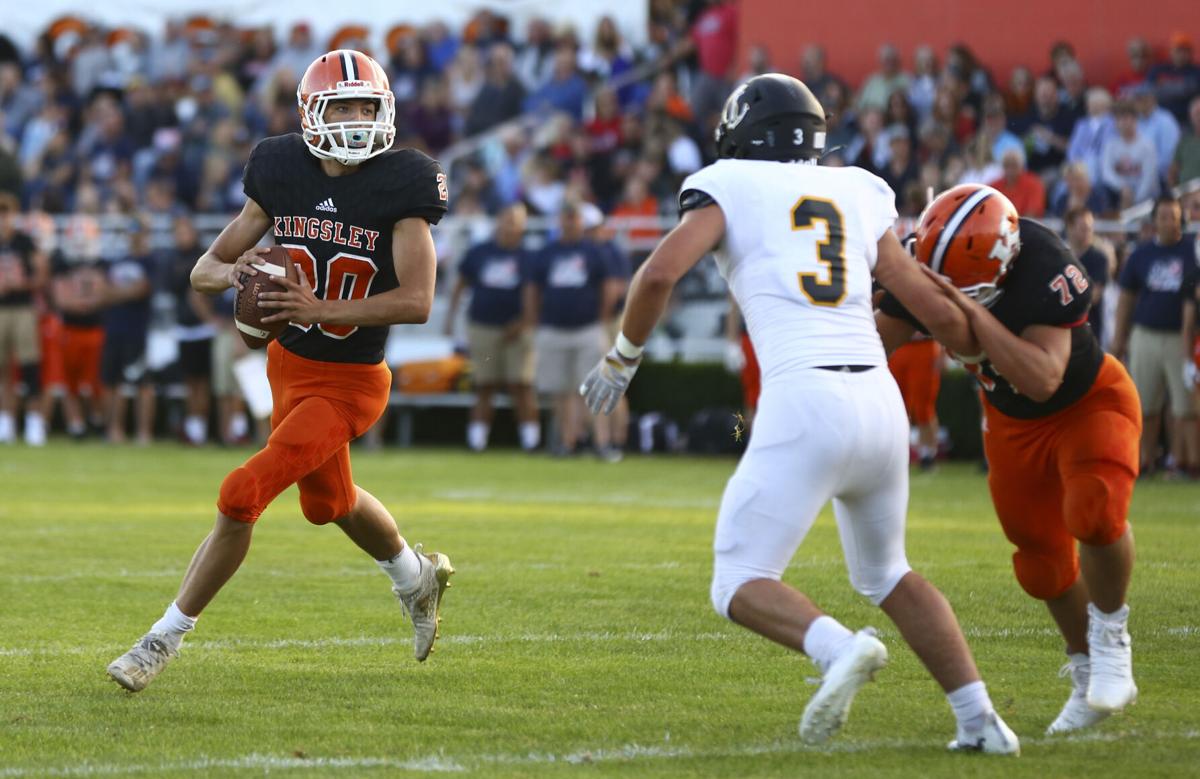 Kingsley’s Gage Hessem looks to make a pass at Rodes Field in Kingsley on Thursday. 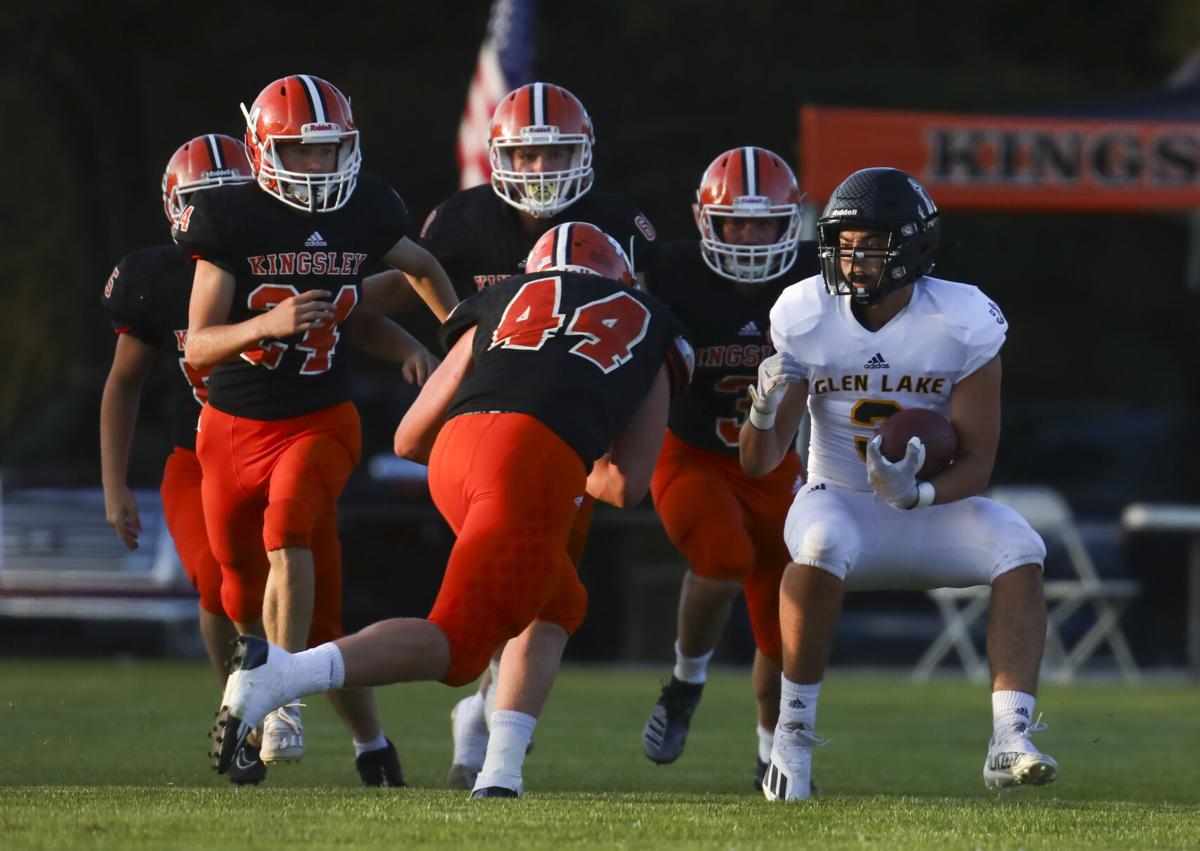 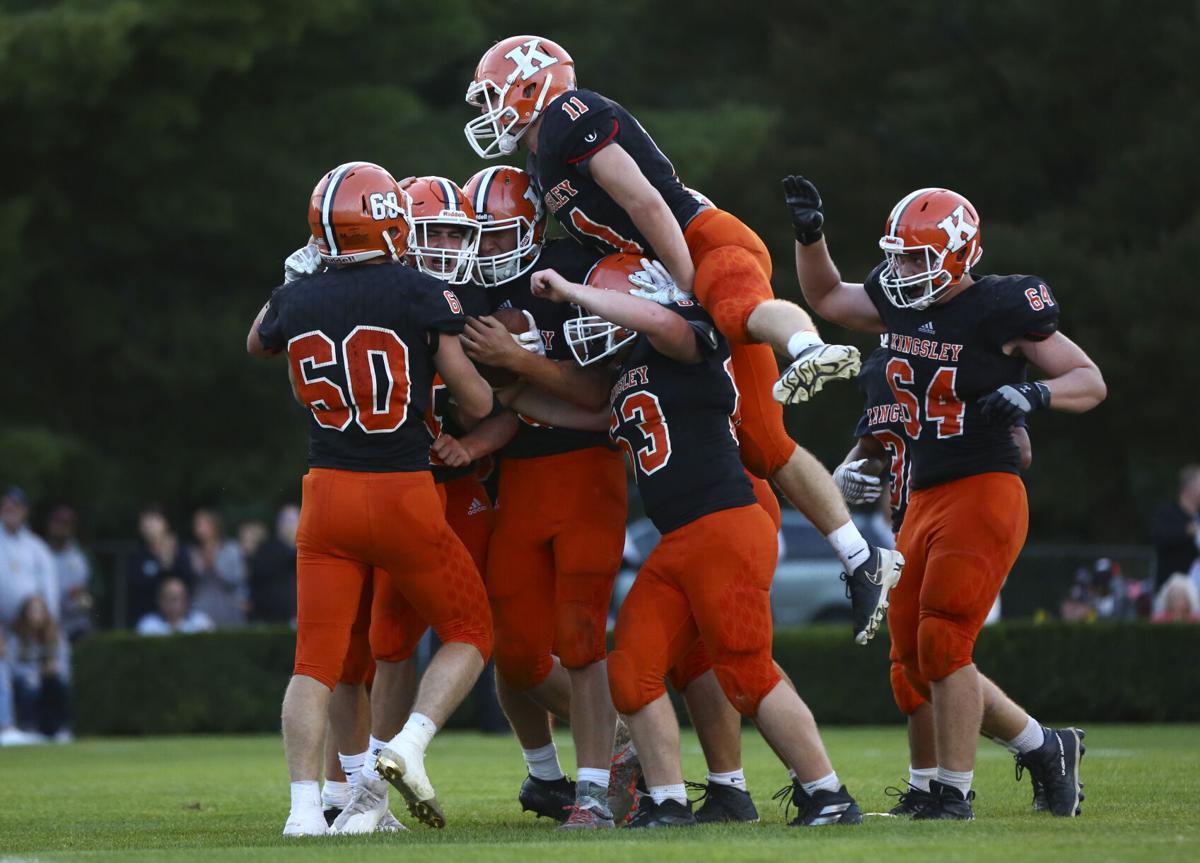 The Kingsley Stags celebrate a touchdown at Rodes Field in Kingsley on Thursday.

Kingsley’s Gage Hessem runs the ball at Rodes Field in Kingsley on Thursday.

Kingsley’s True Beeman runs the ball at Rodes Field in Kingsley on Thursday.

The Kingsley Stags gather in a huddle at Rodes Field in Kingsley on Thursday.

Kingsley’s Gage Hessem looks to make a pass at Rodes Field in Kingsley on Thursday.

The Kingsley Stags celebrate a touchdown at Rodes Field in Kingsley on Thursday.

He made sure everyone knew who he was the rest of the way, running for two first-half touchdowns and a two-point conversion as Kingsley dominated for a 48-0 Salute to Service win over visiting Glen Lake.

The Salute to Service game, now in its third season, pits the Stags and Lakers against each other after a ceremony honoring local veterans and first responders. Kingsley won all three games, averaging 52.3 points a game in the process.

"It means a lot, all the support that we get out here," said Shier, who ended up with 53 yards on nine carries. "The veterans, we love to put this show on for them."

The game also meant something extra to Kingsley senior Brett Peterson, who played for Glen Lake as a freshman and sophomore.

Peterson kicked off and made the first defensive play — a tackle for loss — against his former team.

"Just like every game, this one obviously meant a lot to me," Peterson said. "Obviously with the Salute to Service, too. I had a good adrenaline rush in the beginning of the game and just let it loose. I have a strong bond with everyone that I'm playing, with this team and that team. But I'm playing for Kingsley right now and I'm trying to do the best for our school."

Stags head coach Tim Wooer wasn’t trying to run up the score, but also wasn’t going to stop it if it meant getting to a significant number in his life.

Sgt. Justin Hansen, a former Kingsley football player under Wooer, is a big reason the TC Patriot Game and now the Salute to Service even exist. This year's Kingsley team is the 54th in school history. Hansen, who was killed in action in Afghanistan in 2012, wore No. 54 for the Stags. Hansen No. 54 shirts could be seen in the Kingsley crowd.

One more touchdown would have put Kingsley at 54, but the Stags' backups ended the game at the 11-yard line as time expired, following two failed goal-to-go attempts in the final minute.

"We just let our young kids play and if it happens, it happens," Wooer said. "But we weren't going to call timeouts to put it on."

Kingsley dominated the game from start to finish, forcing the Lakers into three-and-outs on their first three drives. The Stags concluded the game with a 405-53 advantage in total offense and held Glen Lake without a first down until only 1:21 remained in the first half.

Defensively, Peterson and Goethals each logged a team-high seven tackles, Philip Brown made six stops, Alex Smith had 1.5 sacks, Douglass picked off two passes and Beeman and James Preston each recovered a fumble.

"They're a very good football team and we're undermanned right now," Glen Lake head coach Jerry Angers said. "We have injuries, but that's not an excuse. We didn't execute in some critical situations on offensive and defense, and when you play good football team and you don't do exactly what you're supposed to do, they're going to exploit you and find your weaknesses and score points."

Still, Angers takes solace in the fact that the Stags beat Glen Lake 56-22 in this same game two years ago in a season that would later see Glen Lake playing at Ford Field.

"We're going to live to fight another day," Angers said. "I experienced this back in 2019. We ended up in the state finals."

The series featured mostly blowouts in recent years. Since 2012, the average margin of victory sat at more than 26 points, with the Stags and Lakers each capturing four of the previous eight. No game between the two has been closer than 19 points since a 13-9 Kingsley win in 2011.

"They get bigger, for sure," Wooer said. "Not only from a standpoint of I think you look at (TC) St. Francis probably as a favorite, but you know to Soo as maybe a close second. And then from a physical standpoint, they are much, much, much bigger than we are. So the emphasis again is going to be on pad level, staying low and not standing up and fighting with big guys."

McBain Northern Michigan Christian continued an undefeated start to the regular season with an 8-1 win Monday over Gladwin. (Plus more)