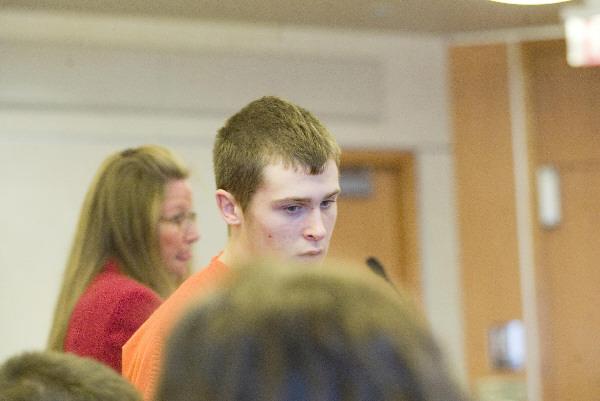 Kody Richardson was sentenced in 86th District Court on Tuesday for shooting a cow in Garfield Township. 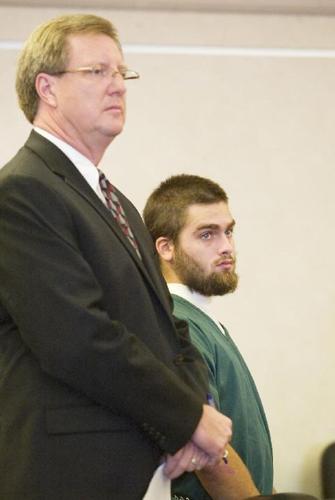 Kody Richardson was sentenced in 86th District Court on Tuesday for shooting a cow in Garfield Township.

A Garfield Township resident asked a judge for no additional jail time for two teenagers who shot and killed his cow.

Kaltenbach and Richardson have been in jail since Aug. 10 and Aug. 8, respectively. They shot Boeve's large Angus cow with a compound bow July 13.

"In my opinion, I feel like they've probably served enough time," Boeve said. "I'd be more interested in seeing them getting their lives on the right track."

Haley sentenced both to two years of probation and 180 days in jail, though he said both immediately would be eligible for community corrections, a program that allows offenders to serve out their sentences in a transition house or other residence instead of a jail cell.

Kaltenbach and Richardson also are responsible for $1,500 in restitution for the dead animal, along with the $5,000 in reward money Boeve offered for information leading to an arrest and conviction in the case. Multiple tips came into police after the incident, and Boeve still is working to determine who deserves the money.

Investigators said Richardson fixed a flashlight beam on the cow while Kaltenbach aimed and shot with a compound bow. Richardson told police they shot the cow in self-defense because it came at them as they walked through a field, though they had to climb through an electric fence to get on to Boeve's property.

"This kind of thing could lead to some even more drastic acts that might not just involve animals, but human beings," he said.

"He is ... remorseful for what has occurred," said his attorney, Paul Jarboe.

Richardson apologized for his role in the shooting.

"I realize now that what I committed was pretty stupid ... I just hope that (Boeve) accepts my apology," he said.