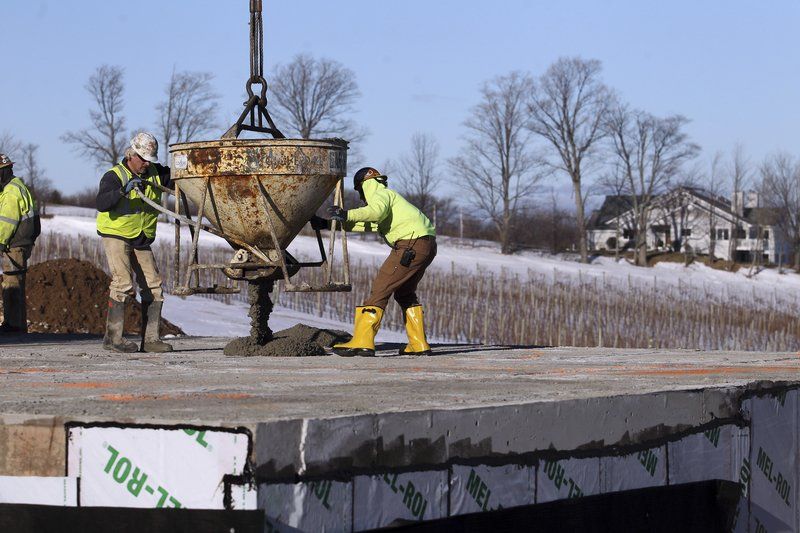 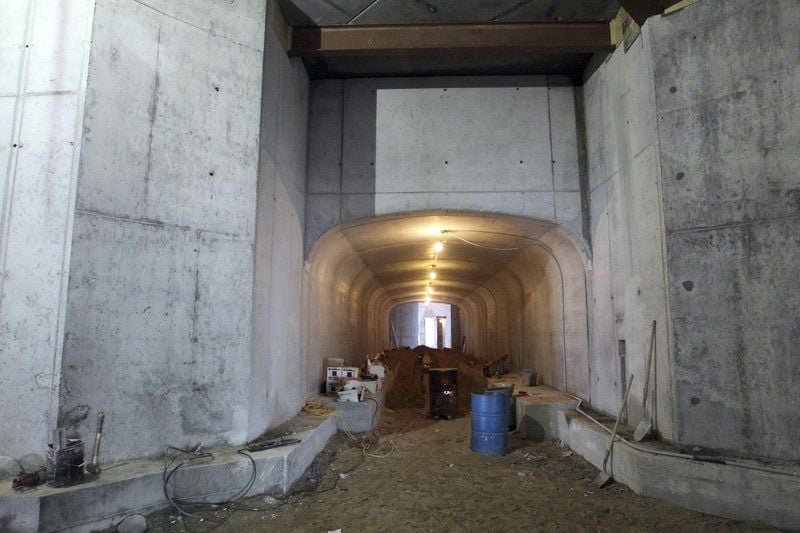 Record-Eagle photo/Jan-Michael Stump When completed, Villa Mari Vineyards will feature an underground barrel aging area for its wines, which will allow consistent temperature and humidity.

Record-Eagle photo/Jan-Michael Stump When completed, Villa Mari Vineyards will feature an underground barrel aging area for its wines, which will allow consistent temperature and humidity.

That is the philosophy behind Villa Mari Vineyards, where father and son team Marty and Alex Lagina blend their Italian heritage with their northern Michigan home.

It started with hoop houses, built 10 years ago to shelter the delicate European grape varieties that wind up the vineyard's trellises.

Northern Michigan rests at a similar latitude as some of Europe's famed grape growing regions, but has colder temperatures and more snow. Alex Lagina estimates the hoop houses give grapes an extra month of ripening time.

"(We) get roughly the same amount of sunlight," said Alex Lagina. "(My dad) thought if we could extend the growing season so we don't have to deal with these cold winters and cold falls, there's no reason we can't grow the same kinds of grapes they grow there."

Even their entrance into the wine business was unconventional. Both have engineering backgrounds, Marty founded and leads Heritage Sustainable Energy and Alex worked there for a time.

Now they're working on the vineyard's next step toward the classics. They are building a cellar for Villa Mari similar to those in Italian wineries that will be big enough to house hundreds of barrels of wine.

Wine ages well in environments with low light, high humidity and temperatures around 55 degrees. An underground cellar should provide those conditions.

The cellar is part of an expansion for Villa Mari, which will also include a new tasting room and more grapes. Construction on the cellar and tasting room started late last summer and is slated to finish at the end of the year.

The tasting room will be geared toward customers drinking glasses of wine, with flights available for small tastes of many wines. The building will host an indoor/outdoor fireplace, views of East Bay and Upper Peninsula stone.

The cellar will be more than 10 feet underground and made of precast concrete. Barrels of aging wine will line the three tunnels that meet in a circular, sun-lit room called "The Oculus." Tours will eventually be available once the cellar is finished.

Villa Mari will have its own wine production facility as part of the new construction. The winery has hired winemakers from around the region to produce its wine at other locations since its first harvest in 2005. O'Keefe made the batches since 2009.

Many of the grapes harvested from Villa Mari's 48 acres are sold to other wineries.

Last winter's extreme cold impacted Villa Mari's grapes just as much as it did other vineyards. Hoop houses are no match for the polar vortex.

"We were just as affected by the miserable winter as everyone else," he said. "The last thing you want is a wine that’s disconnected from the place that it was made.”