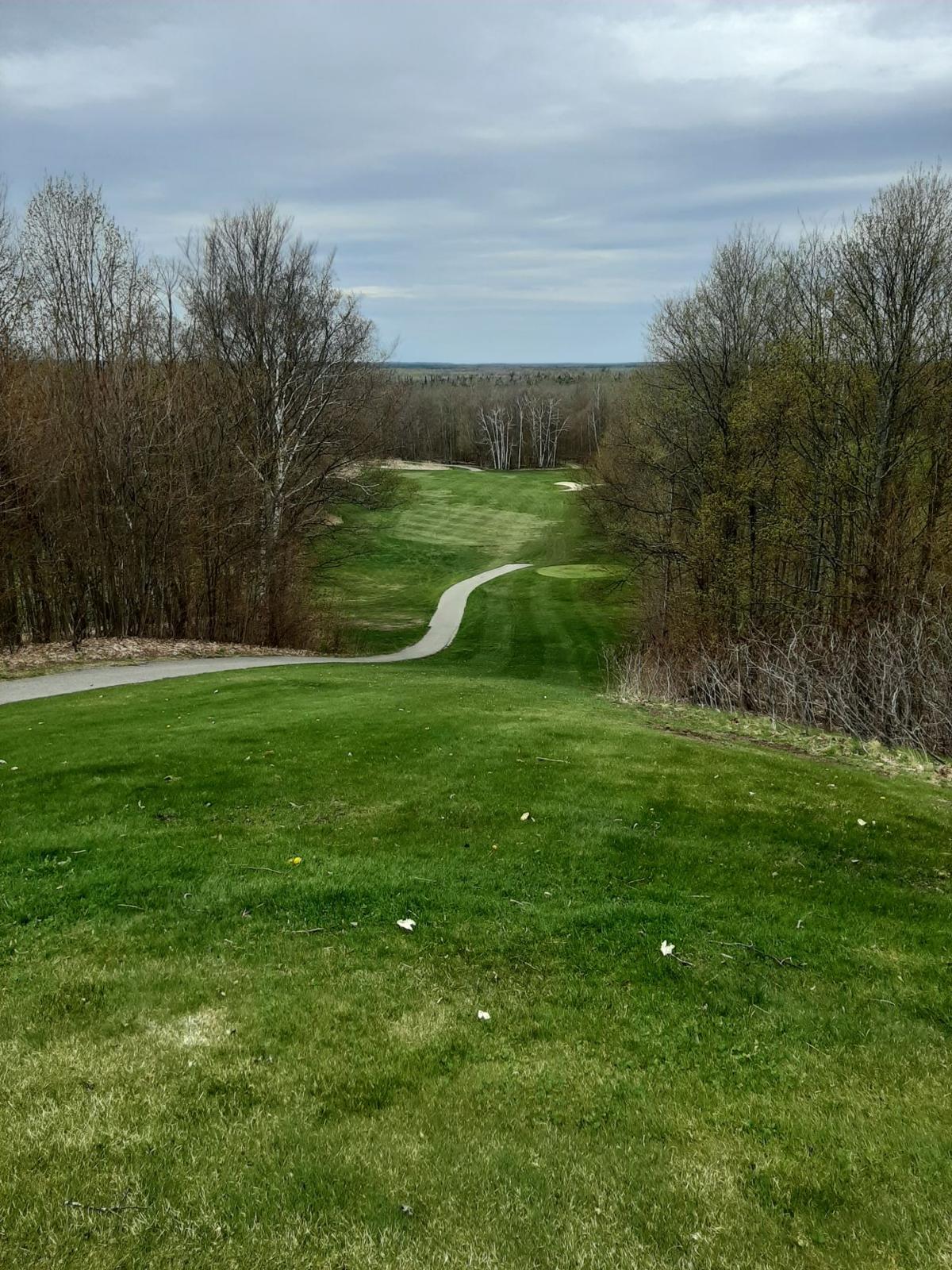 The first tee at Grandview Golf Club in Kalkaska has a panoramic view that new owners Robert and Jamie Dunn were looking for when they acquired the property on May 1. 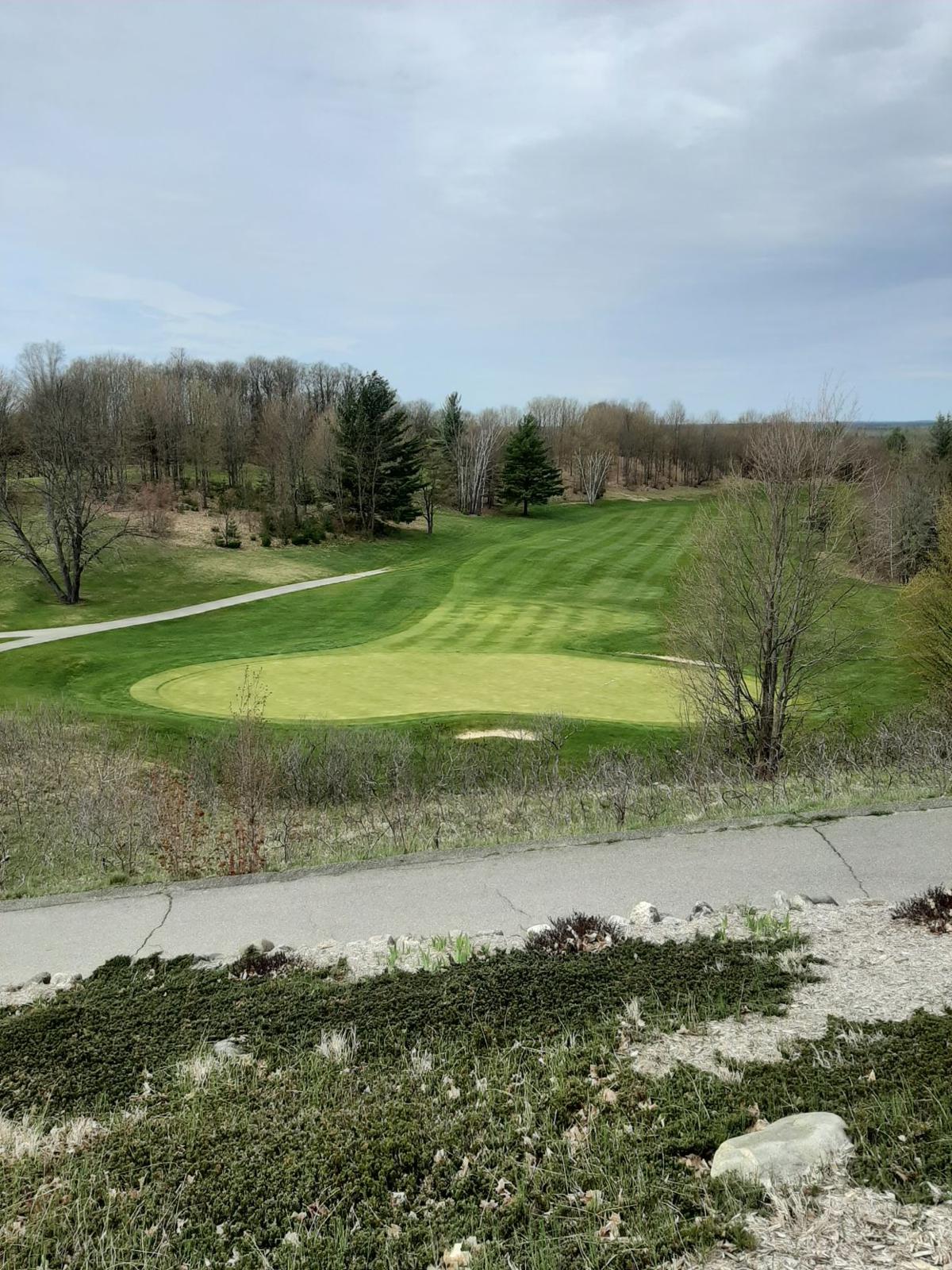 The 18th green at the Grandview Golf Club in Kalkaska.

The first tee at Grandview Golf Club in Kalkaska has a panoramic view that new owners Robert and Jamie Dunn were looking for when they acquired the property on May 1.

The 18th green at the Grandview Golf Club in Kalkaska.

KALKASKA — The new owners of a Kalkaska golf course are living up to the name.

Soon after acquiring the Grandview Golf Club, Robert and Jamie Dunn followed through on one of his long-discussed goals: Changing the holes. The 18-hole tract is still 6,598 yards from the blue tees and 6,181 from the white.

But the start of the back nine is now the front and vice versa.

“We flipped the holes, from front to back and back to front, for better flow and for a more panoramic view on the first hole,” Robert Dunn said. “A nice scenic hole on the first hole is what I wanted to have.”

Views are also accentuated with a new covered porch. A building project seemed par for the course, since the couple has owned and operated Dunn’s Construction, Inc. for 13 years. The business was purchased from his father, who started the company in 1973.

“People can set up there all summer and have a hot dog or a hamburger basket,” Jamie Dunn said of the porch.

All the better to keep the grand view at Grandview.

The Dunns purchased Grandview Golf Club from brothers Mike and Eddie Ascione, former co-owners of American Waste, which this winter was sold to GFL Environmental, Inc.

Mike Ascione wasn’t surprised Robert Dunn changed the first nine holes to the second nine, and the back nine to the front.

“That was one of his plans,” Mike Ascione said.

And Mike Ascione should know. He and his brother have known Robert Dunn for more than 45 years, going all the way back to elementary school.

Mike Ascione said he and his brother were part of a group of 10 who built Grandview in 1991. Mike Ascione said the brothers were the sole owners of the course when the deal was completed on May 1.

When the Asciones decided to sell, only one purchaser came to mind.

“The Dunns are a long-time local family in Kalkaska,” Mike Ascione said. “They had expressed a desire to purchase it for years. We thought it was a great opportunity for a local family with strong ties to the area with a passion for golf.

“It was the right time and the right family to sell to.”

When asked why he wanted to buy a golf course, Robert Dunn jokingly answered, “I don’t know.”

But his wife knew better.

“Robert has always wanted a golf course and his friend, Mike Ascione, knew that,” Jamie Dunn said. “So when they wanted to sell, they called him.”

While the Dunns conceded it may not be the best time to purchase a golf course, the new owners are trying to make the best of the situation in terms of social distancing.

“We’ve added an inside concession where they can use the window and not come inside,” Jamie Dunn said.

“We have changed to accommodate the conditions we have now,” Robert Dunn added.

Manager Brandi Helsel and pro shop manager Kevin Peterson are back to Grandview after a summer absence. Helsel was manager for 15 years prior to that, Robert Dunn said.

In addition to being an avid golfer himself, Dunn said his sons are also active participants. Mitchael and Michael Dunn were the No. 2 and 3 golfers for Kalkaska, and they helped lead the Blazers to a 2014 third-place team finish at the Division 3 state championships. Both Dunn sons went on to play golf at Kirtland Community College.

About the only member of the Dunns not an avid golfer is Jamie. But she said there is another big role for her to play.

“I’m just going to drive around and honk at people,” she said. “I told my husband I want a pink cart with a big horn.”

“She’ll get it,” Mike Ascione said with a laugh.